The final major update for Animal Crossing: New Horizons is here at last, having launched a few days before the actual planned release giving players a head start into continuing their island lives. Many fans had started to wane from New Horizons, and while this is of course the norm of every title, it felt especially empty for many cause it felt like the title was just missing something. Cue the reveal of Brewster and many were ready to give it a chance before realizing just how much more this free update would include. So let’s take a look at just what all has been included in the brand new free update and if it’s enough to draw back players into the wonderfully-charming world of Animal Crossing: New Horizons.

The first and perhaps most exciting new addition to the update came in the form of a familiar face to older players. Brewster won over fans early into the series by being a kind, soft-spoken and gentle pigeon who just wished to serve his best coffee to customers who would come spend a little time out of their day with him. Players gain access to Brewster after speaking to Blathers, who will mention an old friend of his has been seen nearby looking for Gyroids. Going on a tour captained by, well, Kapp’n, will lead to a mysterious island where Brewster will hear the player out and in two days time have a fully setup place in the museum. In his cafe players can get as much coffee as they want instead of one cup a day, in addition to run into villagers or invite some via amiibo. The most wholesome of benefits is that players who pay Brewster a visit with their friends will be able to enjoy coffee together and then enjoy a delightful date at the museum afterwards to admire a collection of everything except paintings because Redd is still a jerk. 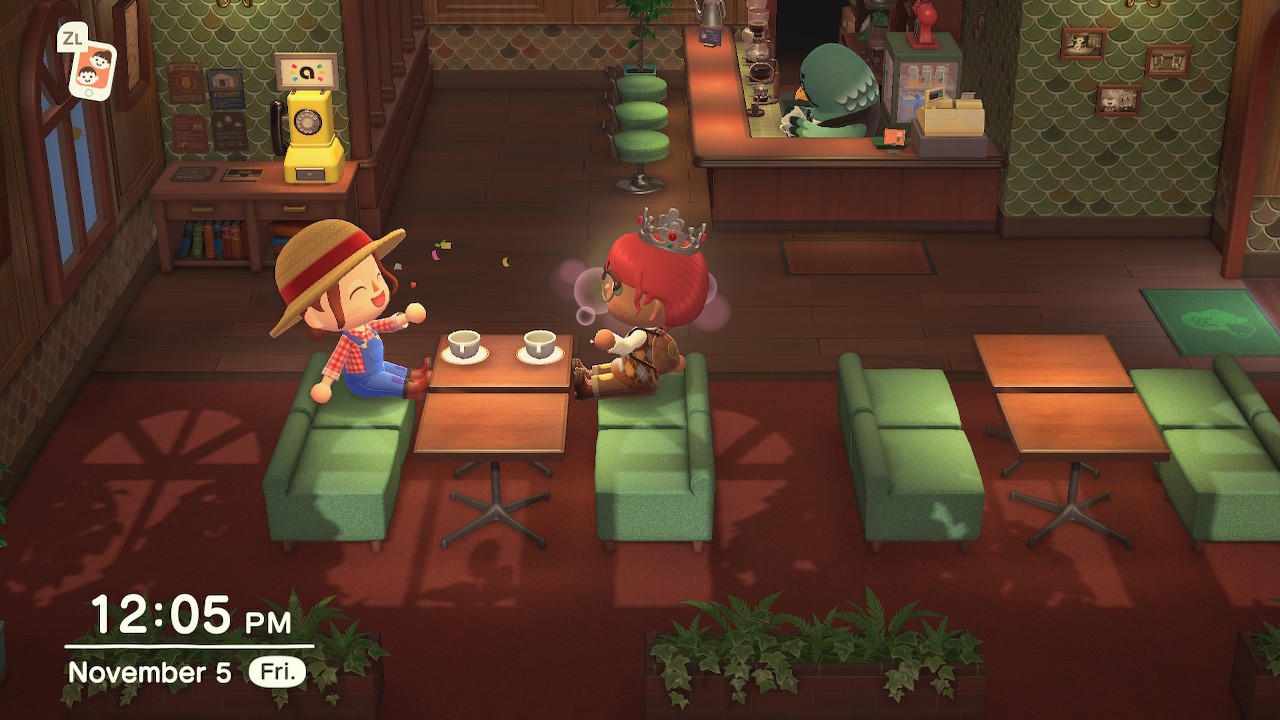 Speaking of the tedious Redd with his inconsistent boat; it felt as though Nintendo was listening when they heard our outcries of the traveling animals. This included the likes of Kicks, Leif and Redd in addition to a few others which made getting certain items a pain because there was no guarantee they’d show up. After all this time there’s now a workaround and players can invite many NPCs to permanent locations in addition to a few new ones. Harv’s island, which was just used for photo-shoots previously, now has a back area where players can pay to have setups for traveling characters to stay forever. Although their wares might not change every day, it’s still nice to see them guaranteed instead of having a chance of never encountering them in a whole week. New ones like Katrina and the Alpaca couple make a return as well, offering new opportunities like customization for items that weren’t available before and a look at the player’s luck for that day. The only caveat is one of these can be set up per day, but for those with money burning hole in their pocket it’s well worth the wait to get access to many things players have been waiting for a long time to be included.

Finally the last major portion of the update is a mix of things. Kapp’n tours, new food and the iconic Gyroid return. Kapp’n has been around since the very first Animal Crossing title and he makes a return here offering a once-a-day tour to a far off island that could be in a different season, time of day or even have brand new items. Many of those islands include the new food, which can be farmed and gathered to make recipes that players gain access to through the normal recipe means found previously in New Horizons. Food can be either eaten to gain energy, or simply displayed aesthetically on a dining table of a house our outdoor area to bring a setup together. Gyroids also return after being the most surprising omission from release. They’re not entirely what they used to be, as they’ve taken on a smaller size and appear to only come in sets of one, but good lord if they’re not more charming than they’ve ever been before. Their small size makes them adorable and they can be easily displayed in a room on tables, floor or even the wall. Gyroids appear after rain, or if a fragment has been buried and watered they’ll be good to go the next day to see which will be uncovered. They’ll play along to any music in their vicinity and just make the best little companions to really pull a display together. 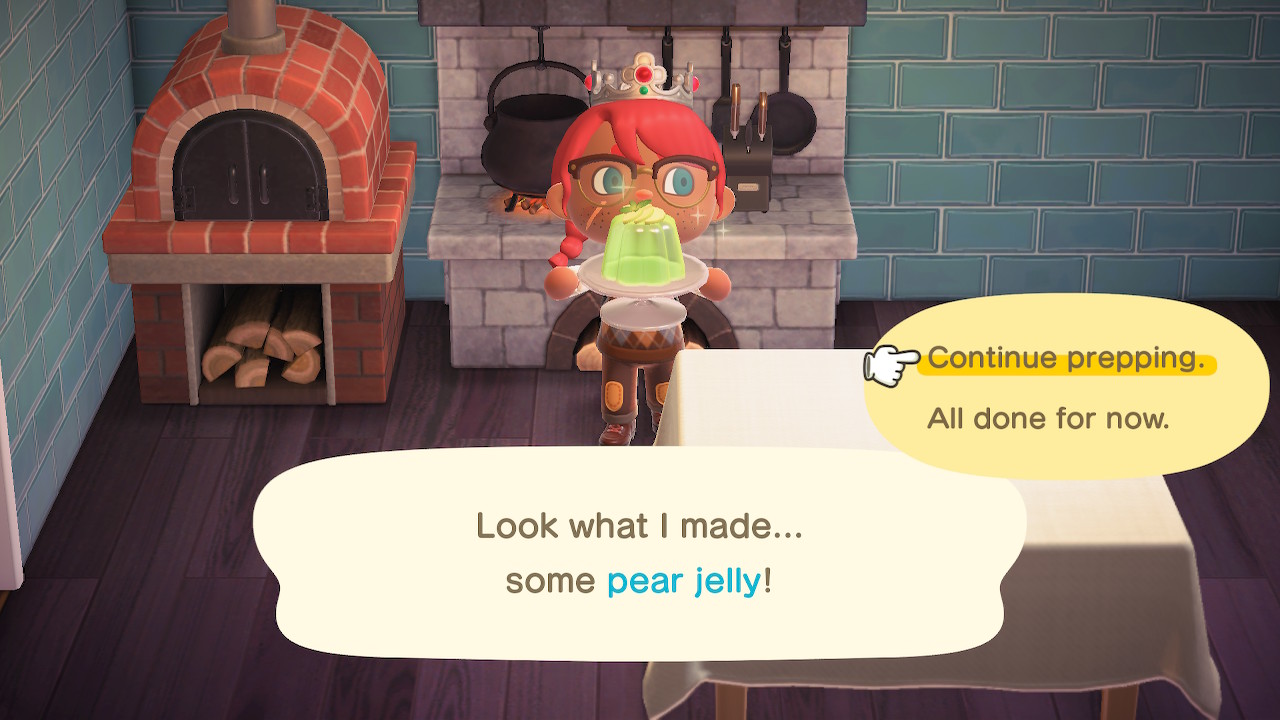 The only real flaw to the 2.0 update for New Horizons is one that the series has always had, being that it would be nice if there were more activities that could be done with friends. Being able to explore Kapp’n islands with friends or even just including mazes like the one-off to find Rover would have been a nice touch along the way. That said, however, this update is full of so much good it’s easily added another easy 100 hours players can enjoy experiencing, and that’s without even touching the paid DLC which tacks on an entire other game to the New Horizons experience. For those who just wanted that little extra amount to do every day, the 2.0 update is just that and gives players so much reason to revisit their island and discover all the brand new things now even covered in full here that await them on their faraway island in the middle of the ocean. Although it took over a year, it feels as though New Horizons reached completion at last and being the last major update made sure to leave players with tons of ways to continue their island life for many months to come.