ARMS has been one of the Switch’s most-anticipated releases, and with the system itself in short supply across the world, it has left many feeling grateful to get their hands on it. Breath of the Wind and Mario Kart 8 have proven that the system can have some big sellers, while games like Kamiko, FAST RMX and Puyo Puyo Tetris give it some variety. Fighting game fans, however, have been left out in the cold until ARMS. Ever since it was announced, the game gave off a vibe that mixed Splatoon’s pick up and play gameplay with a lot of nuance and a carefree attitude. New IPs can be tough, however, and it can be scary when you’re doing something different with well-worn genres.

Fortunately, the ARMS Testpunch — despite its minimal actual testing time — does an amazing job of showing off the depth of the gameplay, the ease of its use and the game’s diverse roster and mode selection. The roster of seven total characters may seem small, but when you try out each one, it becomes clear just how smart it was to start with that number — even if seven is literally an odd number to have for a fighting game roster since most have at least eight. Each character is fleshed out with their own rush and jumping patterns as well as a variety of boxing glove types for each match. 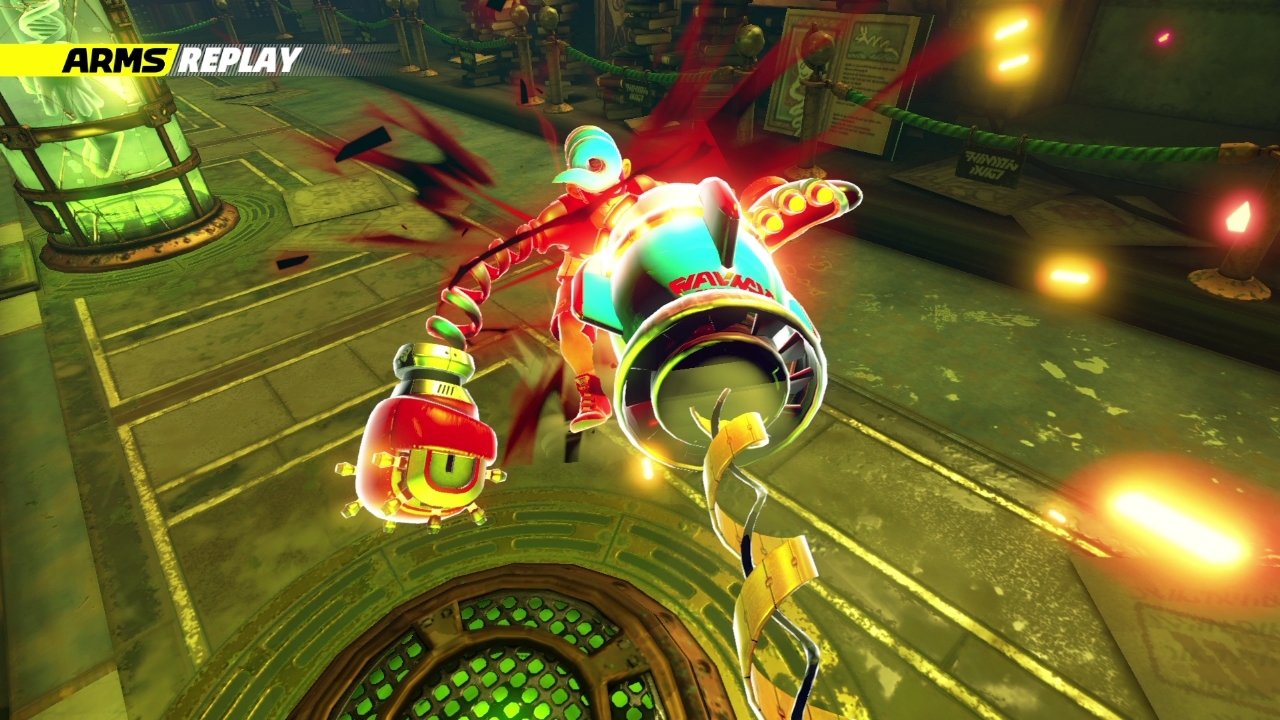 Match feels like a better term to use than fight because while fighting is what’s been shown off the most, there is more to ARMS than that. The full game will feature a basketball mode, an endurance run against 100 foes and skillshot, a 3D punching version of Smash the Target from the Smash Bros. games. The Testpunch lets you use the Fight and V-Ball modes, with the overwhelming majority of my time spent with the former than the latter. Every second spent with V-Ball, however, was an absolute blast. Literally.

The goal is to play both volley ball and hot potato with an exploding volley ball. You serve it from side to side and whoever is on the side that the ball blows up on loses that round and has to make up the lost point. You play until time runs out, and it’s amazing how addictive this mode is even with under a handful of matches played. The best one was my last one where I won via time limit draw with a one point lead andthe ball preparing to explode on my enemy’s side. You definitely want to try out a few different characters for this mode, and different glove types. 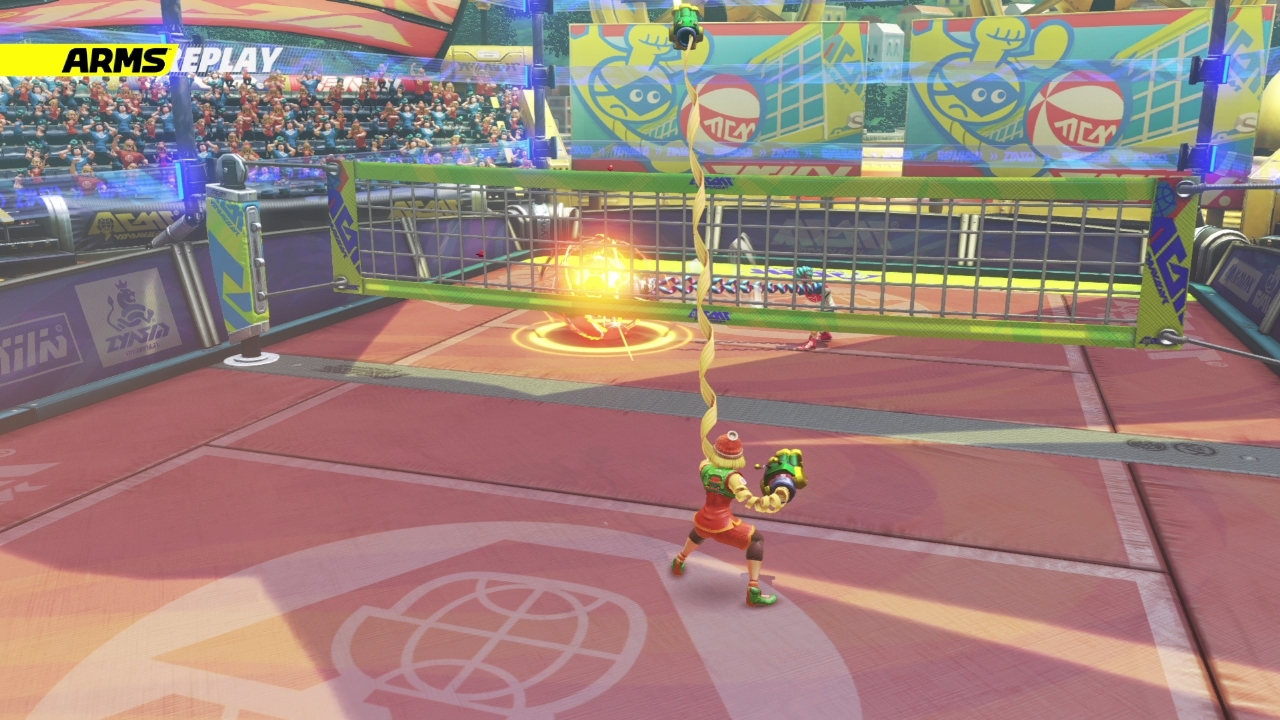 The faster-paced characters do well here because they zip around the court, but larger ones can stay put and still hit the ball – they just won’t have as much of a chance of knocking out over the net in one shot without a heavy glove. Like a traditional fighting game, you’ve got your all-around characters, speedsters, and bruisers who do a ton of damage but lose mobility and speed. They can deal out and take a lot of damage, but are left out in the open and can be at a disadvantage in multi-person battles. One on one matches, three-person, and four-person battles all feel different.

As a wrestling fan, they’re all quite easy to get used to in some way though. One on one matches can be more dramatic, while three-way battles are more hectic and can leave one players with a huge advantage. It’s entirely possible to sit on the sidelines and let two people beat the tar out of each other, wait for one to be KOed and then swoop in for victory. I was a victim of that as I focused too much on one enemy and not enough on the collective goal – emerge victorious over everyone, not just one person. 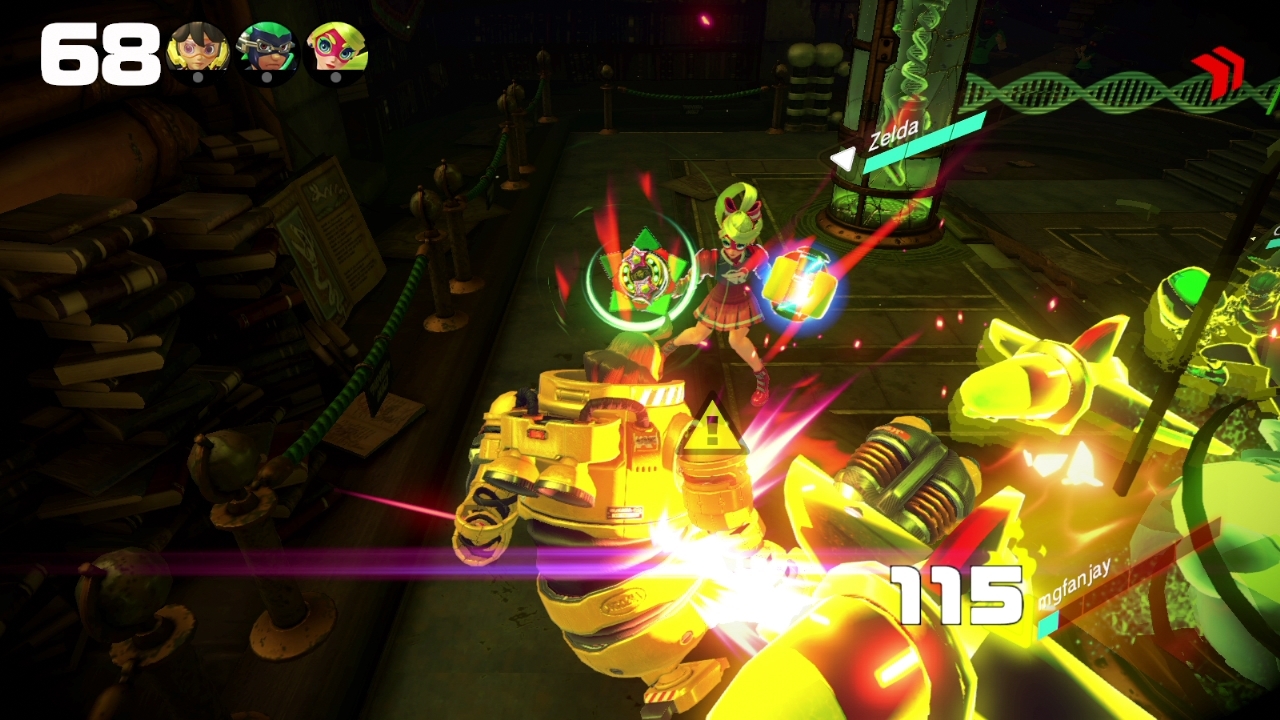 The pacing of ARMS varies from feeling a bit like Punch-Out in one on one matches to outright shades of Power Stone during four-way battles, all without feeling like it’s a knock-off of either. Instead, it comes across as a natural evolution of them. If you were to take both games and mash them up, and blend in a lot of Splatoon’s light-hearted tone and overall feel, you’d get ARMS. It’s easy to learn at a basic level, but has a lot of intricacy to it that takes some getting used to. You can try out the game’s many control methods during the Testpunch, but with limited time, I stuck to mainly the Joycons on the grip.

Trying to freehand the Joycons doesn’t feel as natural as using the grip yet and the grip itself is really comfortable. I also preferred using the button setup for the grip instead of the Joycons. The latter is set up to be more intuitive, but in the heat of battle, it was much harder to remember which did what and with hand-eye coordination issues, it is a bit tougher to do grapples by moving each Joycon forward at the same time. The grip controls are easier to remember via muscle memory and feel more natural – but things like blocking are definitely faster to do with the Joycons than the grip. Not having a Pro Controller also made switching between enemies in three and four-way battles tougher since you have to use the makeshift d-pad to do it and it’s not as fast or natural a movement as just using the Pro controller’s joypad. 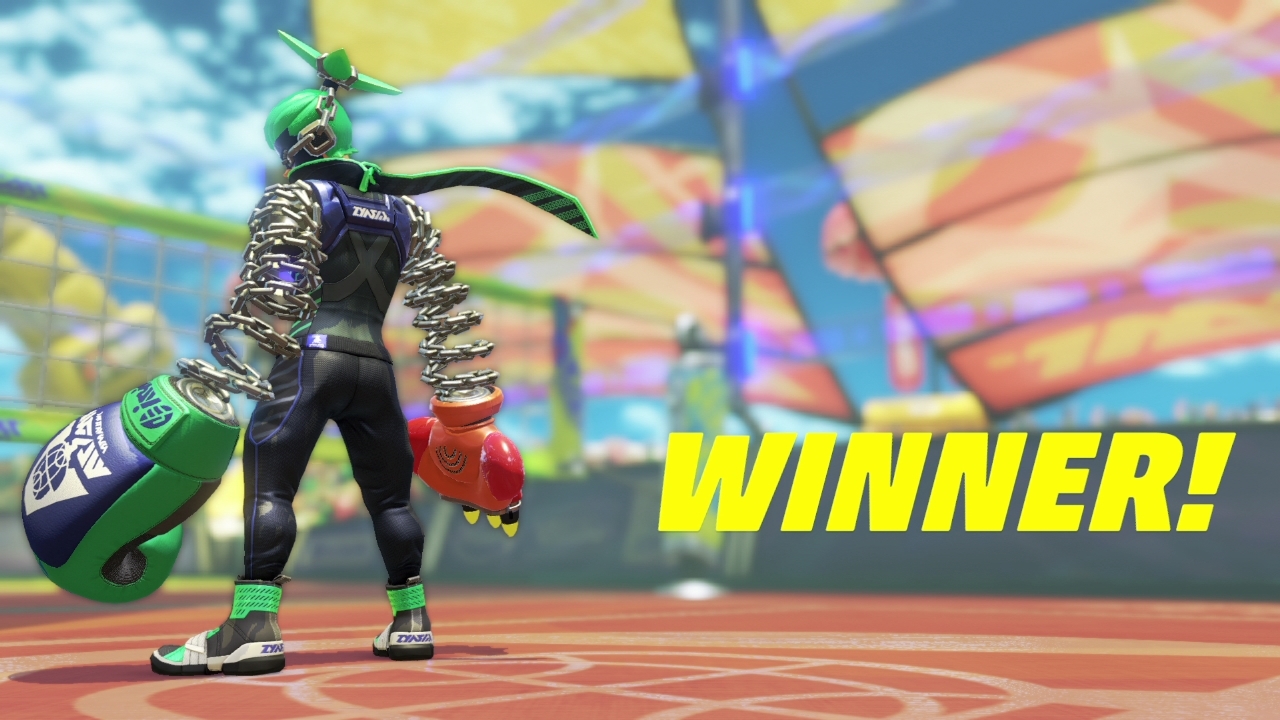 Nintendo has a winner on its hands and the Testpunch was an absolutely perfect way to debut the franchise. It’s a shame that Nintendo is holding back the potential of both this and the Splatoon testfires with oddly specific time restrictions, but it does make it feel rewarding to actually play at all — and this gives you a perfect look into what the game is and can be. Even in a limited form, it already feels like something I got my money’s worth out of since it gave me some lasting memories on the console — and it should achieve a high level of commercial success on June 16. We’ll be covering the game at launch and possibly after it with character guides — like our recent series on Injustice 2.