As reported here by Nikola Suprak, JJ Abrams recently shared his unabashed feelings regarding the Star Trek video game that proceeded his much anticipated Summer blockbuster Star Trek: Into Darkness, when he essentially said that the game was so horrible that it actually hurt him on a personal level. Though he also revealed that he suspected as much from the final product when he withdrew his personal involvement with the game after seeing how bad things were going, the real bombshell came when he went so far as to suggest that the dreadful quality of the game may have actually harmed the box office numbers of the film the game was based on.

Now, given the less than spectacular caliber of the film itself, that last part is debatable, but overall I actually find myself in the rare and awkward position of agreeing with JJ Abrams, even if the general stance on the game is as once sided as the issue of legalizing methamphetamine for toddlers.

Gaming has come a long way since the first bleeps and bloops, but the one nagging aspect our beloved industry can’t seem to shake is the overall quality of its adapted games, especially those relating to film and television. While things have certainly improved since the days of Jason Vorhees chasing teens through a labyrinth of pain that makes Dark Souls seem manageable in the NES’s Friday the 13th, or E.T. being in such a rush to make the holiday buying season it  almost killed video games, the basic principle behind the majority of licensed games has always been to empty the fan’s wallets and trim the effort.

It’s a design philosophy that was created in a time when it was much easier to fool the buying public by slapping a movie name or well rendered popular character onto a game box and watching the woefully ill informed gamers of the media dark ages snatch them up with furious vigor. However, years of getting burned, combined with the technological ability for game reviewers and fellow fans to flood every information outlet available and let the people know what’s up whenever one of these abominations hits the shelves, have led to an evolved generation of gamers shaking their heads in pity whenever they see one of these licensed atrocities.

Looking at this from a marketing standpoint (also known as playing the devil’s advocate) is there really any benefit in continuing to treat the adaptation as a quick cash-in when your target audience is now well informed enough to not even bring their wallets when they know they’ll be in the general presence of your game? Exactly what sales figures exist that continue to allow this tired tradition of sub-par design to live on?

At this point in gaming history it has now become officially unacceptable for video game adaptations to be so tragically bad. What’s especially unforgivable about this apathetic approach is that a number of high quality adaptation games have been released over the years that all demonstrate the basic formula to making a satisfying and successful game adaptation is to keep things simple, borrow your core gameplay from an already established and beloved series, and focus your efforts on making the whole thing as technically sound and playable as possible.

Now that may not be a particularly sexy form of game design, but that’s kind of the point isn’t it? When you’re working with an established property, you’ve basically been given a go ahead to skip some of the more imaginative, and even traditionally essential, parts of game design, and just focus on not screwing the pooch. Yet time and time again, adaptations with theoretically infinite potential for a video game (like Iron Man or Pacific Rim) are given the traditional source material to video game rush job, where a gimme of a set-up is squandered by lazy execution. 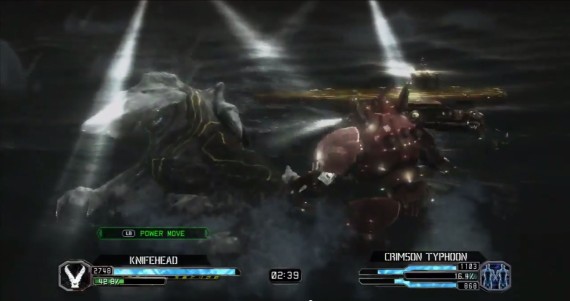 The one thing I’d like to emphasize is that it’s not that I don’t think film adaptations have potential to be something greater than a simple tie-in. I do, and games like Chronicles of Riddick: Escape From Butcher Bay, Batman for the NES, the Disney 2D games of the 90’s, and of course the sacred Goldeneye have proven that they do. However, this isn’t about those games that manage to break the mold and defy even the most cynical of expectations, but rather the plethora of ones that continue to subscribe to the belief that a game adaptation has no reason to display more artistic merit or structural integrity than a happy meal toy tie-in.

Given the current available technology, and wealth of quality material to cite when conceptualizing such a project, there is no reason the majority of adaptations shouldn’t be able to provide a playable experience that at the very least can entertain its fans for a weekend, and doesn’t tarnish, or even damage, the source material that the higher ups writing the checks are usually more concerned with. Though it’s debatable if any amount of reason will ever set this gravy train on the right track, if there is anything that can accomplish such a herculean feat, it will be more high profile directors like JJ Abrams actually bothering to address the problem directly, rather than continuing to pretend that it simply doesn’t exist.