SNK’s Neo-Geo Pocket Color was to the portable scene what the Dreamcast was for the home market: a highly-regarded device with a dense library of high-quality titles. Both were around for a small amount of time and yet the NGPC’s library, despite being on limited hardware for its time, has wound up with a lot of games that have aged incredibly well. SNK’s decision to re-release many of the device’s games on the Switch has been a smart one so far as there isn’t anything quite like its art style out there, let alone games with such lush animation with limited-color sprites.

Games like Samurai Shodown and King of Fighters were given new life on the NGPC and their Switch re-releases have shown just how well the art style largely used for the console has aged. Colors were used for things like adding richness to the environments, while characters came to life with the fluid animation. It offered an experience that was a step beyond what the Game Boy Color could offer and featured a high amount of quality titles. One game that never got much recognition in its time was Biomotor Unitron. 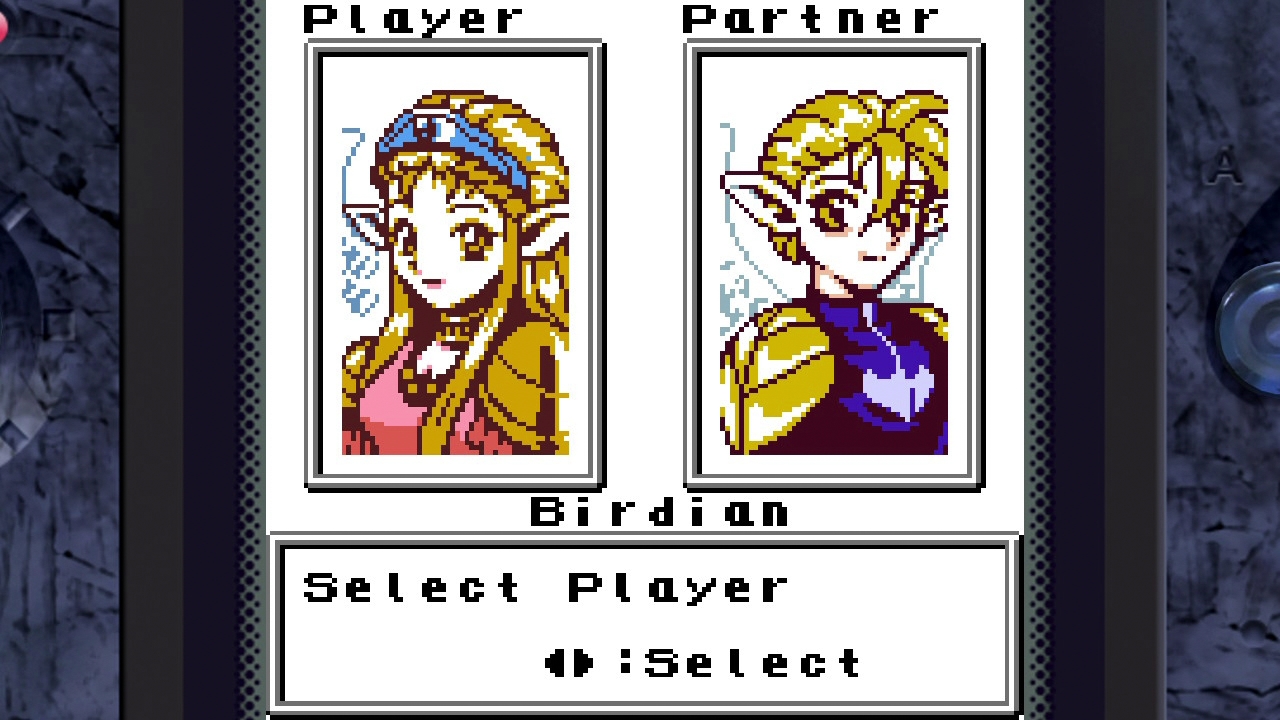 Coming around as a response to Pokemon and the robot battling shows of the time, this robot-themed title kept some of the surface-level visual style of its battle system, but mixed things up by having it be a competition to be the best robot master around. Collecting new robots and better equipment instead of new animals and evolving skillsets to serve the player mixes things up while keeping the feeling of improving one’s skills and power intact with its dungeon-crawling. Those coming in with a love for Pokemon will find a familiar-enough gameplay loop, while those who may have not gotten into that series, but who love the idea of a robot-themed RPG, will find this to be a fantastic gateway game.

It’s more of an old-school dungeon-crawler than Pokemon games are, with overhead dungeon areas used for battles and large screen text and character portraits being shown for dialogue while character upgrades come in the form of new skills and parts – which can be quite a time sink. Every part upgrade has a cost and you’ll need a certain skill level in order to make solid progress throughout the adventure. Doing so does feel rewarding though as things like claw upgrades enable more damage to be done and the battle screen itself evokes the earliest Pokemon games in a way that helps this feel approachable. There’s a steeper learning curve to Biomotor Unitron compared to other games inspired by Pokemon since it also goes for such an early RPG style with its world navigation. 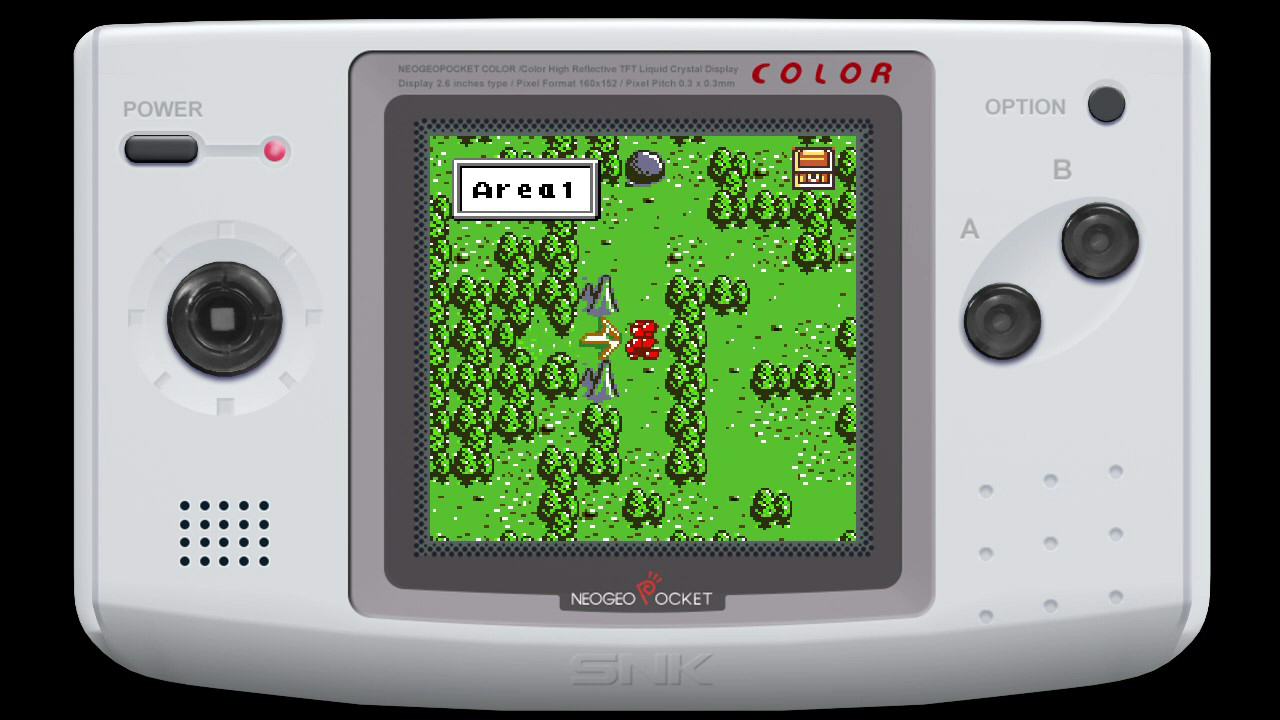 Most town exploration is menu-based and that has the benefit of delivering gorgeous art for the environments and enveloping the playing into the world more in that regard, but those who prefer walking around and exploring will be left disappointed. It’s an interesting throwback because it does kind of answer the question of what a generation one Pokemon game would be like with more menu-based navigation and it allows for more detail to be used in the world’s elements that can be seen, but at the expense of getting a sense for every area in the game world. In 2022, it’s especially interesting to see a game like this because there’s nothing like it out there. Even in 1999, there weren’t many titles going for menu-only navigation throughout a world and it’s fascinating to see it implemented in something released over a decade after that style of game was in vogue.

As a historical curiosity, Biomotor Unitron is a fascinating game to play — but it’s an odd one for modern players. Those used to quality-of-life features like saving anywhere in the game itself will be thrown off to see a time when you had set save points. Thankfully, the Switch re-release enables save states so the player can be in the middle of the action and still resume right from that point if need be. The concept is an interesting one because it is at its simplest level a Pokemon-inspired game with robots that also has late ’80s RPG sensibilities in some ways and feels like a cross-section of two very different eras of RPGs. There’s nothing out there like it, but players need to be patient because this game doesn’t ease players into everything and objectives can be obtuse. 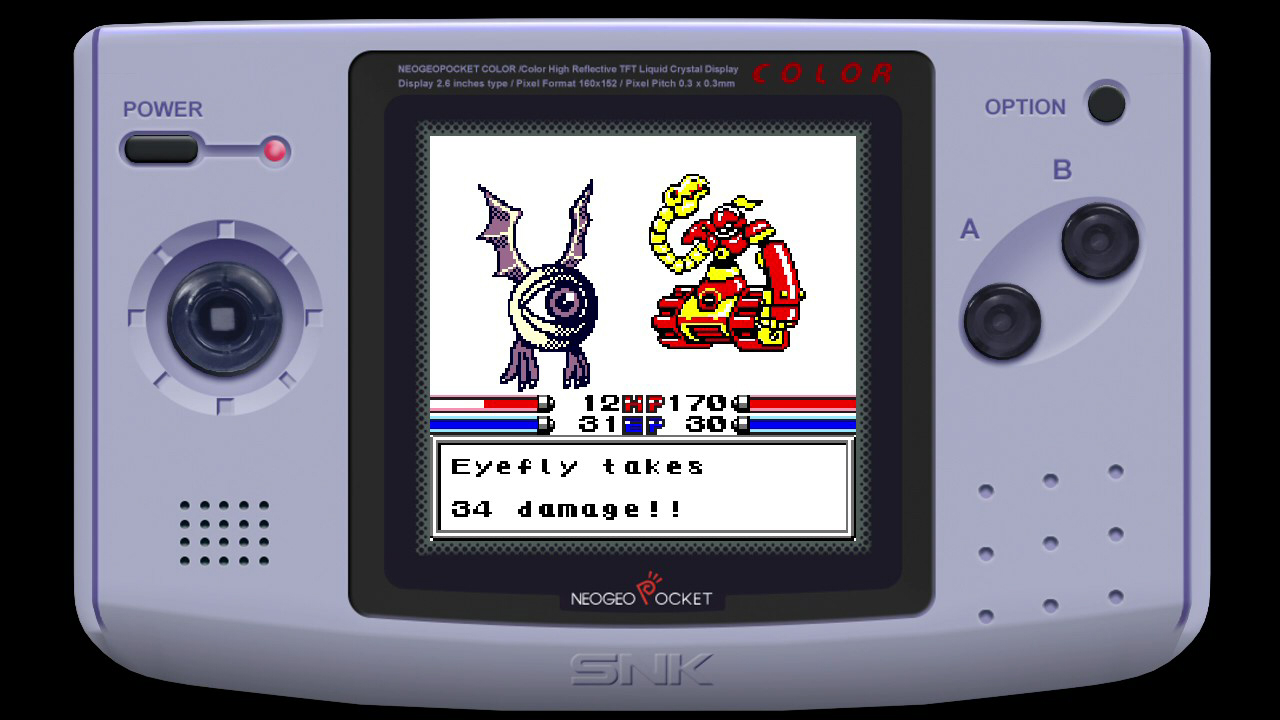 If you like RPGs that offer a largely guided experience, then it’s probably not going to be for you. But if you have an appreciation for games that are something of a puzzle to solve in how little they give the player beyond the world and its concept, you’ll be in for a treat. It’s a testament to the NGPC that there are games in its library like this that manage to stand out over two decades after their initial release. Visually, it features detailed character portrait art and offers up multiple kinds of characters to play through the adventure with. It really shines with how detailed the environmental art gets when you’re going through areas because while you can’t see a lot of the area in that portrait, the player does get a sense for it well through a few pieces of art and letting your imagination fill in the blanks.

One area that Biomotor Unitron does fall flat on is the soundtrack. It’s pleasant enough, but never goes beyond that to be anything memorable. Whether you’re in a town buying items and upgrades or in battle, everything is somewhat subdued. The sound effect work is solid, though, with satisfying slashes and effects that line up well with attack names. If you do a whip attack, a little snap can be heard alongside the impact while slashes will result in a slice that sounds good enough. 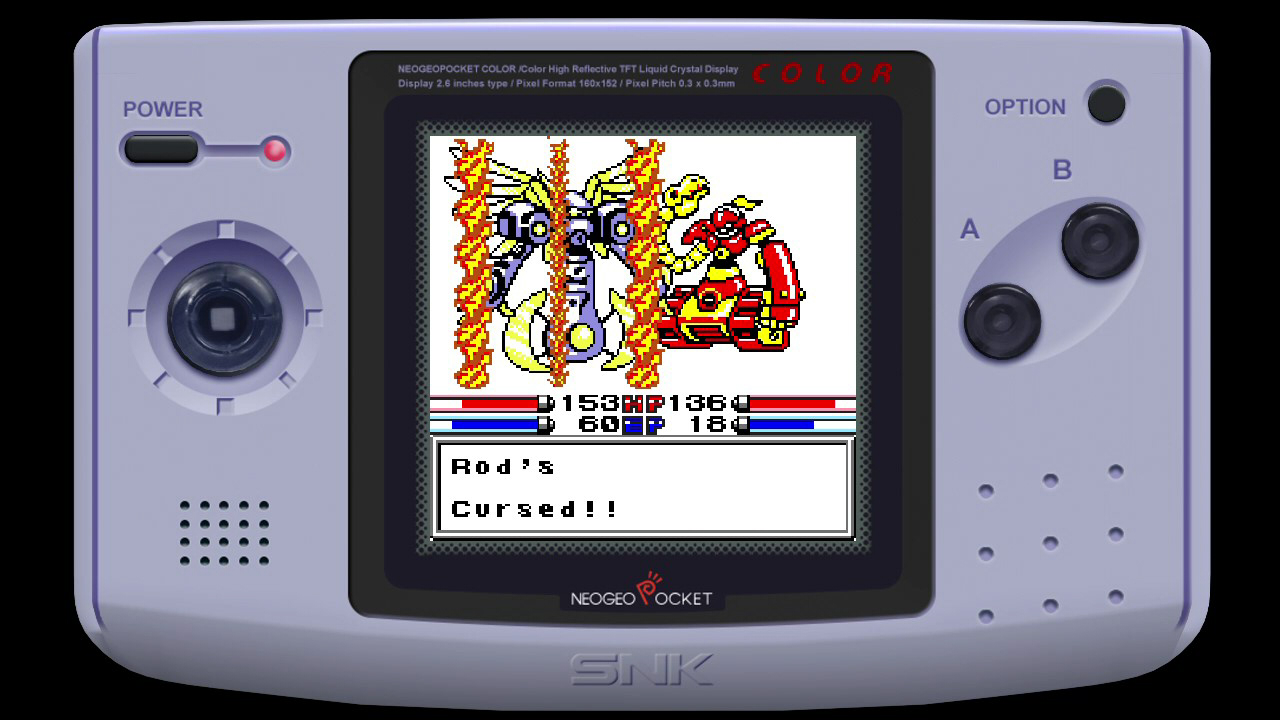 Biomotor Unitron is an interesting game as a historical curiosity, but a tricky one to recommend. Every other NGPC re-release has been something that translated well to the modern market, but this feels so much like a product of 30 years ago that it’s hard to recommend to modern-day RPG players across the board. It’s a fantastic game for what it’s trying to do, but one that feels unlike everything else on the market today. As a game, it does most of what it tries to do quite well outside of a disappointing soundtrack and anyone looking for a different kind of RPG experience will have fun with it. Blending menu-based town exploration and overhead dungeons works well in execution, as does the Switch release including extra content like the complete manual to help make the experience easier.