We’ve asked our Editors to list off their most anticipated games expected to be shown at E3 2013. For a game to be on this list, the title has to be either confirmed or rumored to have some form of presence at E3. Speculation on some scale will be fine, but if it’s an unrealistic prediction or was announced to not be at E3, don’t expect it to appear in the list. This list contains the opinions of Adam Beck and not necessarily that of Hardcore Gamer as a whole.

A triple-hybrid between Mirror’s Edge, Left 4 Dead and a small dose of The Last of Us, Techland’s CGI trailer and screenshots definitely gave me some tips on how to handle a zombie outbreak if one should ever occur: do some crazy parkour, wield an electric powered wrench and knock somebody out cold if you ever find a care package on top of an abandoned building. This multi-platform title doesn’t look all that original or memorable, but who else would pass up the chance to knock the snot out of some infected, snarling zombies? Not me. 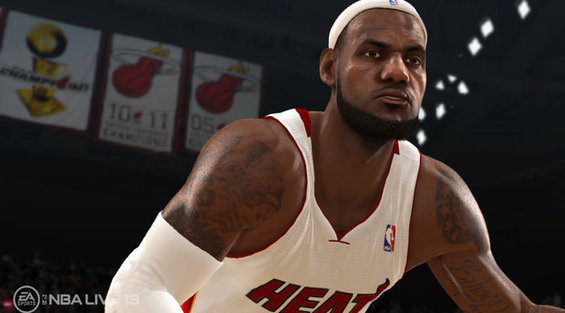 I’m kind of sick of 2K taking all the glory when it comes to the dribble, dunks and “dayuum, don’t hurt ‘em Lebron.” Being an NBA fan myself, I’d love to see what EA has up their sleeves, especially after having to drop this IP last year in order to spend more time crafting the game. EA has always had their way with NFL and 2K with NBA, but the question of whether or not the two can really excel on opposite ends remains to be seen. NBA Live games are usually presented in a more arcade, laid back style. I’m looking forward to seeing the type of plans EA has for this one and hope they give us something to go on at E3. 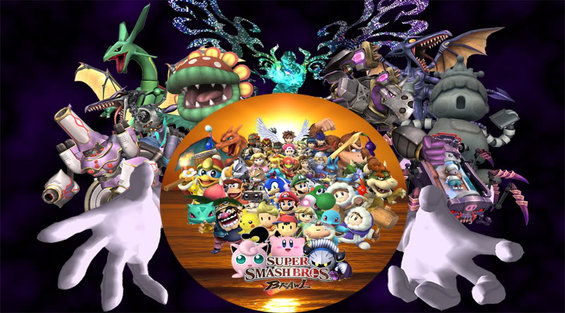 Since news has arisen of a new Smash Bros. game, I’m more concerned about what the subtitle of the game is rather than the actual game. “Melee” and “Brawl” were nice finishing touches to the title that surely resonated throughout the Nintendo’s cross-brand slobberknocker. I’ve pondered on it and I think it should be “Mayhem” or “Destiny.” One of those. It rolls of the tougue, right? As far as Nintendo’s trump card is concerned, I very much want to see a full roster of new and old fighters to slap each other in the face with Poke balls, but I’m also hoping that Nintendo continues with an improved single-player story mode and fix some of the online mishaps that Super Smash Bros. Brawl had. 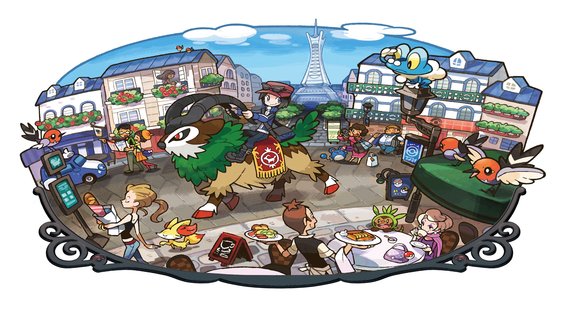 I’ve been guilty of not owning any DS  or 3DS systems nor playing another Pokemon game in the last few years. The last one I delved into was Pokemon Yellow and I remember it like it was yesterday, everything was to the point; the simplicity alone made the game feel small, but it was still an enticing experience. Now things have changed. The new world is based off of Paris, you have a cornucopia of new species of Pokemon and the aesthetic in the battle system has changed dramatically. Pokemon X/Y looks to be expansive and breathtaking, so I’m hoping that Nintendo takes care of the small details that we don’t know yet, such as character customization, modes of transportation, how many towns are there, etc. 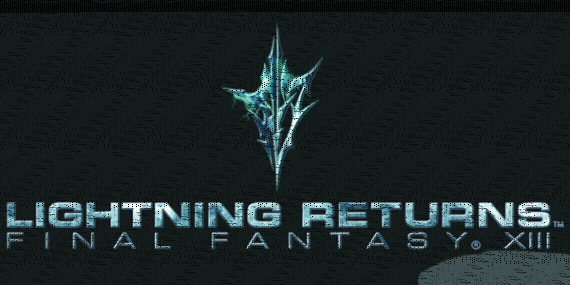 It’s obvious that Square-Enix is has taken Final Fantasy XIII  to be a saga of sorts, and that Lightning Returns serves as the last piece of the puzzle. I’m more concerned with whether or not if this is even worth playing, simply because the trailers make the gameplay look as of the game is headed back to it’s linear roots for the sake of the story. My concern also lies in the characters that you can play as; am I seriously going to play as just Lighting? Things are a bit fuzzy with this one, but I could be wrong. I love Lightning, her slick, pink locks and her swift swordsmanship. She’s just too badass. Whatever E3 reveals, I’m getting this game just for that fact alone. 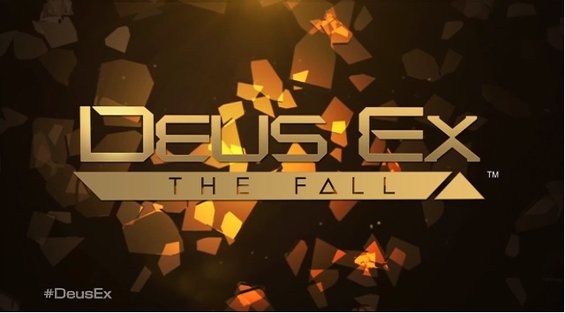 Even though this title is not expected to be on any consoles, this mobile RPG spinoff of Deus Ex: Human Revolution entices me in such a way that it has almost become a guilty pleasure. The trailer of the game shows off some similar gameplay mechanics as it’s previous console predecessor, but the setting is what really pulls me in: the plotline seems to take place during Human Revolution with characters taken from Deus Ex: Icarus Effect. This by no means makes me want to get an iPad, but this title does have the potential to at least be PSN/XBLA title. Get with the program, Square-Enix. 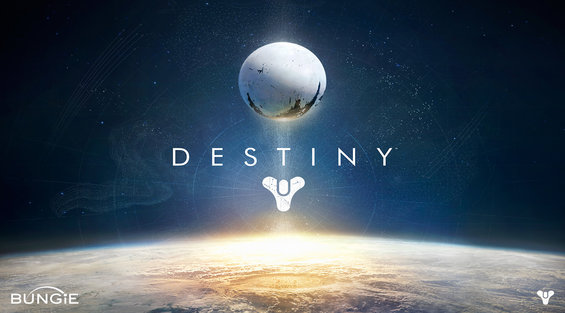 This game is probably the main reason why I look forward to Sony’s PlayStation 4 E3 conference. Two companies who know everything about first-person shooters is collaborating to bring us the best of both worlds. It’s like Call of Duty and Halo had a baby and outcomes the Godsend child that is Destiny. Other than the fact that the lead character oddly reminds me of Jango Fett, the trailers that Bungie and Activision have shown hasn’t quite done it for me. If the tag-team effort from the two developers are anything like I think it is, I expect some Halo-esque type gameplay to be shown at the conference and with some emphasis on some of the backstory of the characters as well as the universe we’ll be stepping foot in.

Every time one of these bad boys come out, I always have the urge to play them and then that sentiment is shortly followed by the regret of doing so based on the sheer difficulty level of this game. I believe that we as gamers have gotten used to so many arcade racing games that it’s impossible to cope with the hardships of an actual car racing simulation. Gran Turismo 6 looks stunning and it also looks like it’ll play superbly well too for those who have a knack for driving at top performance. As recently announced, GT 6 is set to appear on the PS3 console and not it’s big brother, the PS4. I’m hoping that the developers at Sony have something in mind for Gran Turismo fans to look forward to on the next gen console. 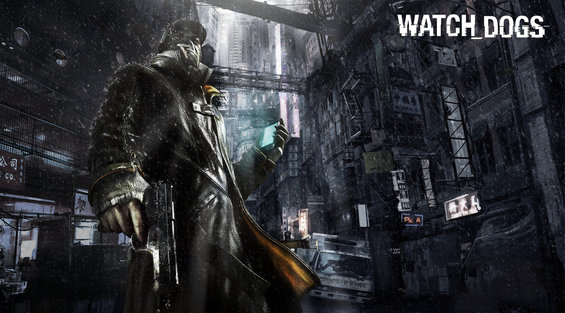 I was shocked when this was revealed last year, and I believe it was an exclusive title for Sony at that time. Watch Dogs becoming multi-platform is exciting news and the game’s overall layout and structure has been intriguing to me since. The idea of being a hacker with the ability to break into private information and hack into virtually any camera or electrical equipment in the environment makes the main character Aiden Pearce make Batman look like an old fart who’s still thinks he can go trick or treating every Halloween. Pearce seems like a vigilante on a mission, and I’m hoping to get some one-on-one time with the game really soon in order to find out exactly what that mission is. 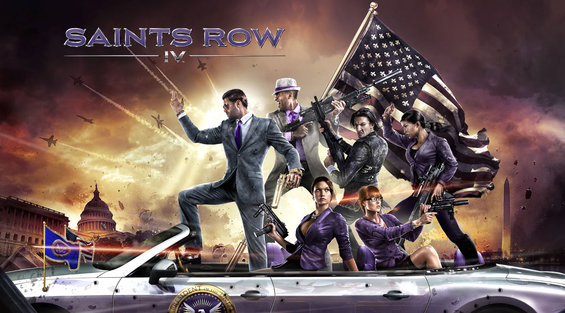 Saint’s Row is like Borderlands: their developers—who are superb at making witty, explosive, hilarious and flat-out outrageous AAA titles—constantly use the same formula that has worked form them throughout the years and it never gets old. Saint’s Row The Third was a jaw-dropping world from top to bottom with it’s lewd one-liners and weapons that have striking resemblances to what pornstars use when they’re not in front of the camera (don’t ask me how I would know that). With players now being able to take on the role as the President of Steelport—who apparently has the ability to go Superman and fly at will—and with extra-terrestrials becoming the new antagonists in the storyline, the developers Volition already has this one in the bag and they deserve a cookie. Anything else that they’re NOT telling us about the game will likely be unveiled at E3. I’m interested in knowing how much would be available to players from the start of this free-roaming game, specifically because I want to make Steelport citizens dance to their death with the dubstep gun.