Oh, Call of Duty… the ups, the downs and everything in between. Call of Duty is without a doubt one of the franchises when mentioning gaming. Last week Call of Duty: WWII was revealed. As stated in the reveal many times, this is the COD that gets back to its “roots” a real “boots on the ground” experience. And this is where I hope Call of Duty doesn’t trip up.

While, I’m holding back my own hyperbole that is me cringing at the “diversity” dialog that has already cropped up for Call of Duty WWII, that’s not what this article is about. This is about looking at what has been presented (not much) and discussing the opportunity COD has to really give its audience the visceral experience Sledgehammer Games seems so eager to present.  Obviously, the battle of Normandy AKA “D-Day” a smaller part of Operation Overlord, is in this game. It was a pivotal battle starting June 6, 1944 (the storming of the beachhead) and ending August 25, 1944 that helped decide the outcome of the war. It is an all too familiar scene, having been recycled in media through the ages. Now that CODWWII is on the horizon, I’m eager to see just how historically accurate COD is going to be. 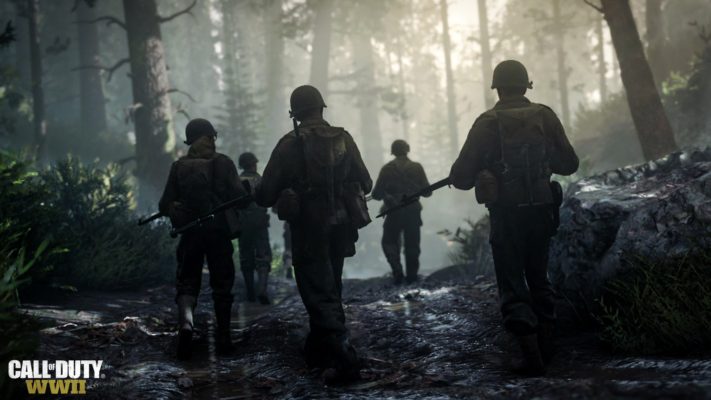 When Battlefield 1 came out last year, it seemed to be already ahead of the game, and while Sledgehammer stated during their live event that Call of Duty WWII has been in development the last three years — Battlefield really kicked things off. For video games, it’s a time of maturity. Gaming as a medium has grown-up because it’s audience has grown up along with it, the technology has grown up too. These two things combined allow for developers to tell stories like the video game audience has never seen. It also allows for the possibility of truly creating fantastically realized experiences that are closer than ever to what players have known before.

For me Battlefield 1 both succeeded and didn’t succeed at telling the stories of the horrors of The Great War. It was a conflict like the world had never seen before. While the Great War and World War II are very different wars, with extremely different casualty numbers, it doesn’t excuse that both were atrocities for their time and beyond. Battlefield 1 opens with a prologue mission titled Storm and Steel. During the course of the mission the player takes control of 359th Infantry unit “Harlem Hellfighters” known famously for having never lost a foot of ground. The prologue specifically focusing on the Hellfighters and their French allies facing overwhelming German forces as they bear down upon them somewhere along the Western Front. The player taking on the eyes of several different soldiers during the course of the battle. Each meeting a grizzly fate. This served two purposes. It allowed players to get closer than ever to understanding that life was fleeting when it came to the war and it was easy to be fighting the enemy one moment, then face down in the mud the next. It also showcased an infantry unit that maybe not everyone had heard of (probably most folks), that was truly exceptional — heroic.

My gripe with how Battlefield 1 presented this is that it didn’t go far enough. At the end of the day Battlefield 1 remained a shooter first and foremost. Just as soon as players had been introduced to the Hellfighters, they are just as quickly whisked away. It felt a bit like cheating on the games part. The Western Front was a place of horror unlike anything imaginable, especially in the year of 1918 when the Front had seen four years of deadlock fighting from both sides. Men were having mental breakdowns, using bodies for cover, digging themselves further into their own graves. I’ve said it before, but go listen to Hardcore History to really get a sense of how horrific the Western Front was. 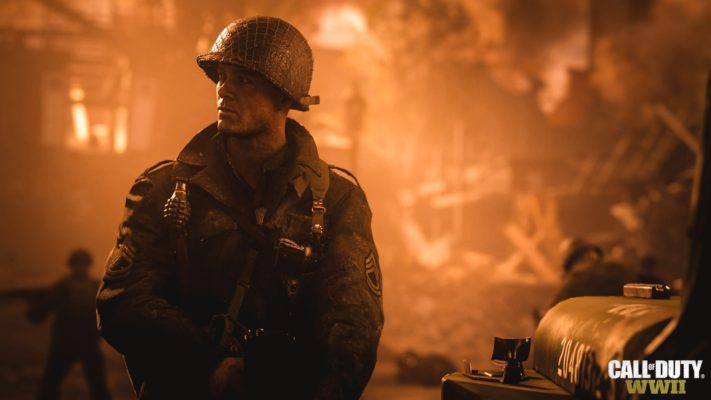 Now Call of Duty is ready to show just how historically accurate it can be. Which is already looking like the “historical accuracy” is focused solely on outfits, weapons and vehicles. Not the war itself. Quick history lesson — Operation Neptune (D-Day) part of Operation Overlord, was the largest amphibious invasion ever seen. Combined with American, Canadian and British forces the goal was to take five beach heads sitting along the Normandy region of France. This region is a stretch of fifty miles. It took almost two months for this conflict to resolve, after Paris was liberated on August 25, 1944. Focusing back on that day in June though, Call of Duty has fifty miles of beach to play with. Already though, it looks like they’ve squandered it.

Instead of showing just how demanding, stress inducing this moment was for the soldiers that were there that day, it will most likely showcase the player being (even though a green private) the hero, even if it’s based on real people. Yes, it will be visceral, it will be grizzly, raw and look great while the chaos ensues. Why not show the crushing weight that this battle caused for the Allied forces though? It wasn’t won in a day, it took a month to finally connect the five beach heads. If they wanted to rehash D-Day, why not solely focus on Operation Neptune? I would gladly play an entire game dedicated to that. It would open up room for the “brotherly bonds” and “boots on the ground” experience that was mentioned so avidly during the announcement. Let the audience actively get to know the soldiers, play the day-to-day that these men had to go through during this two month operation. 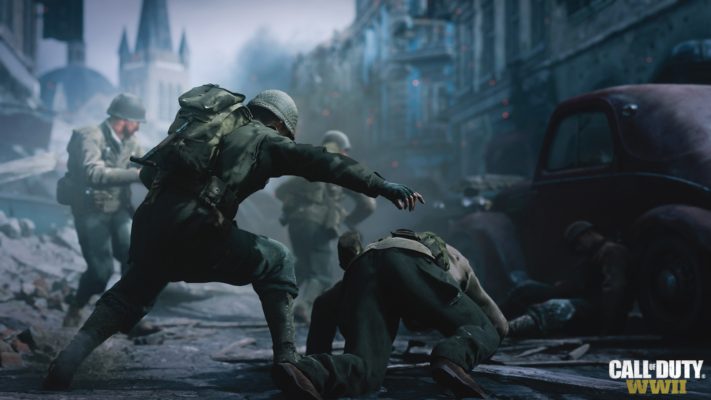 Alas, instead Call of Duty WWII is looking like a cheap Battlefield 1 knock off. Saying, yes, we have diversity, we have women, we have people of color! Does it really matter if I’m just going experience fleeting moments with these people? No. It rings hollow just like the empty chamber of my machine gun. Just more shells falling to the ground without a care in the world.