Last week Nintendo caught just about everyone off-guard with the surprise reveal of Paper Mario: The Origami King. They didn’t just drop a name or a cryptic, thirty second teaser either. Instead, fans were given a proper introduction to the game and its world. A lot of good was on display here. The villain is actually kind of scary, the world looks gorgeous with full colors and varied locales and there’s even a new battle system to dig into. At first glance, it looks a lot like the game Paper Mario fans have been waiting on for over fifteen years now. Unfortunately, closer inspection of the trailer and Nintendo’s own track record still leave cause for concern.

Putting aside the trailer for now, please take a moment to think about all the other “handicraft” games Nintendo’s published over the past ten years. There’s no denying that each of these games possesses top-tier presentation thanks to the tireless efforts of Nintendo’s visual artists. Yoshi’s Crafted World and Kirby’s Epic Yarn are absolute treats to look at. The same can even be said about the two most recent Paper Mario games. All of these games share one other quality in common: they’re all average games at best. This isn’t to say that these games are terrible, because they aren’t. They just don’t stack up well against the traditional entries in their respective series.

There’s a lot that could be said about why the quality for each individual game is what it is, but part of the problem for all these games, Paper Mario: Color Splash and Sticker Star included, is that they’re all too preoccupied with their aesthetics. Kirby’s Epic Yarn ditches Kirby’s signature copy ability for a static set of yarn transformations, the Yoshi games are more interested in showcasing the stuffed animal/handicraft versions of the their worlds/enemies than they are in actually letting the player explore their levels. As for Paper Mario: Sticker Star and Color Splash, shoehorning stickers and paint into the combat is a big part of why those games don’t inspire fond memories. This mistake must be avoided in Paper Mario: The Origami King if it’s to have any chance of getting the series back on track.

Returning to the trailer, it elicits three main concerns. The first is that, like all the other games discussed earlier, it’s the art style that’s given the most attention. This video’s primary concern is making sure everyone sees just how far the developers have taken the origami idea. Again, it’s beautiful and the developers deserve a lot of credit for making it look this awesome. That said, no one’s worried about looks when it comes to a Paper Mario game. What they’re concerned about is gameplay and personality, and there wasn’t much of either in the video. One would think that the first thing Nintendo would want to do when announcing another Paper Mario game is address these concerns, but that doesn’t appear to be the case.

The trailer also doesn’t inspire confidence in Paper Mario: The Origami King’s writing. In the first couple of Paper Mario games, comedy tended to emerge from the situations Mario found himself in. Sure there were jokes, but they usually took a back seat to Mario’s straight-man reaction to whatever crazy thing he was dealing with at the time. Solving puzzles in a haunted mansion, defending his title as a wrestling superstar and searching space for toilet paper all failed to faze the intrepid paper plumber. His buddies didn’t feel the need to constantly crack clever one-liners either. That’s not the image given-off by this trailer, though. It’s got more than its fair share of puns and overt jokes, leading one to think that Paper Mario: The Origami King will be following in Paper Mario: Color Splash’s footsteps rather than those of Paper Mario: The Thousand Year Door. This could all be just for the sake of advertising, but it raises an eyebrow nonetheless. 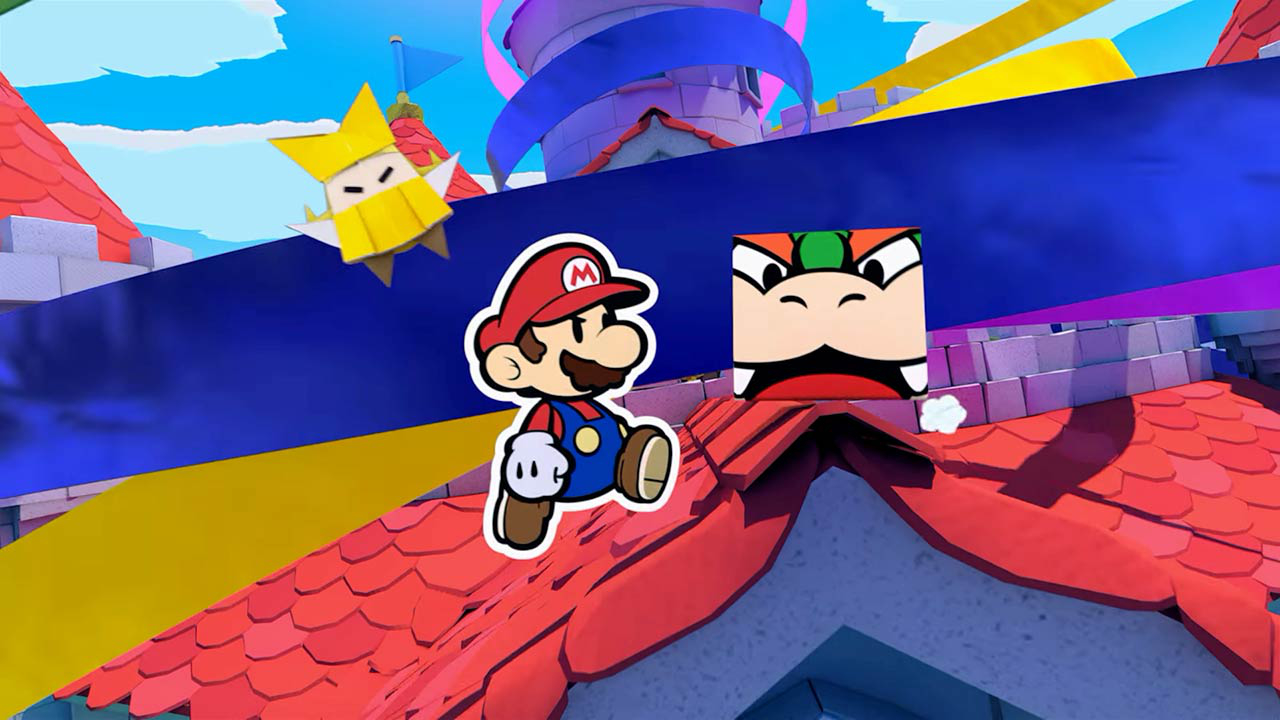 Speaking of buddies though, it looks like partners might finally be back this time around. There’s no sign of the unique character designs and personalities that made them memorable, but progress is progress at least. This is still just the reveal trailer after all, so there could well be some cool allies just waiting to be introduced to the Paper Mario fandom. It would make for a wonderful surprise.

All concerns aside, it’s gratifying to see that Nintendo hasn’t given up on the Paper Mario series yet. In fact, given the incredible level of attention they’ve given to Paper Mario: The Origami King’s artwork, it’s probably safe to say that there’s a passionate team behind it. Between that and the fact that great games can have not-so-great trailers, it’s entirely possible that there’s nothing to worry about. Paper Mario: The Origami King may very well be the game that returns the series to glory, but it’s still far from a sure bet right now.