Although Mario Tennis can hold the achievement of being the longest-running sports series featuring the iconic Mushroom Kingdom characters, Mario Golf has grown its own fanbase as the more relaxing alternative for Mario sports games. Despite appearing in NES Open Tournament Golf as a playable character, Mario didn’t get his own titular golf-centric game until 1999 with Mario Golf on N64 and Game Boy Color, followed by Toadstool Tour on Gamecube in 2003. Since then, the Mario Golf games have been relegated to Nintendo’s handheld devices, with Advance Tour in 2004 before the series took a decade off and returned with the latest entry, World Tour on 3DS. Now, seven years after the last entry and almost exactly eighteen years to the day after the last game on consoles, Mario Golf is ready to hit the links once again with Super Rush on Switch, which aims to mix things up with the introduction of the chaotic Speed Golf multiplayer mode and a fleshed-out RPG Story mode. While the newest entry can surely find success off of its name alone and its reputation for polished golf gameplay, Camelot could look to spice things up with a few advancements to the fan-favorite series. 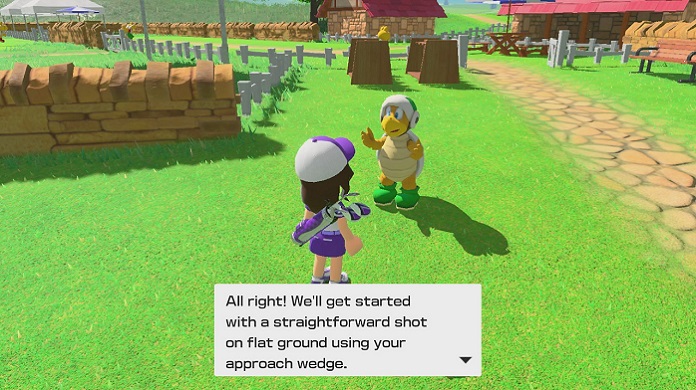 During the game’s announcement trailer back in February, Nintendo made it clear that many of the expected and beloved Mushroom Kingdom characters would be playable in Super Rush. While some of the unique outfits that characters like Bowser and Waluigi wore made a splash on social media, there haven’t even been any hints towards any unlockable or surprising additions to the roster. While that could change as we near launch, it seems like a clear missed opportunity after Chain Chomp had their moment in the spotlight with its debut as a playable character in Mario Tennis Aces back in 2018. In addition to finally being able to control one of these single-minded creatures after nearly thirty years as a signature enemy, Chain Chomp’s distinctive abilities and method for holding its racket helped it easily stand out among the more familiar roster members. Mario Golf: Super Rush offers a similar opportunity to help another long-standing Mario NPC drop the N and create a compelling reason for fans to revisit the series.

While Mario Tennis is restricted by the playing space that its sport must be played in, Mario Golf has far more creative freedom with its course design, as long as players can clearly find the hole they’re shooting towards. Although we did see creativity among the courses on display back in the announcement trailer, from the traditional greens to dark forests and open deserts, this lack of limitations offers Camelot plenty of wiggle room to visit and take advantage of the unique settings of the Mushroom Kingdom. From the bomb-filled Bowser’s Castle to the underwater arena of Cheep-Cheep Lagoon, one of Mario Golf: World Tour’s strongest allures was its variety of settings, and Super Rush should look to follow a similar path with its own course design. Perhaps a round of golf with tough-to-predict gravitational shifts in outer space as a callback to Super Mario Galaxy? 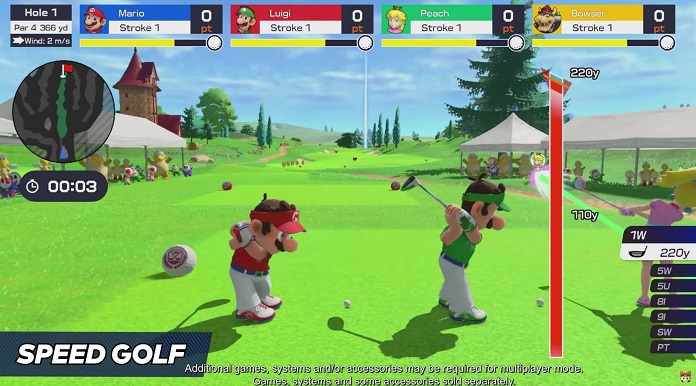 Although Nintendo and online multiplayer have had a rough relationship with one another over the years, Camelot managed to create an engaging online experience in Mario Tennis Aces with its compelling reasons to return on a regular basis. While players would receive access to new characters at the end of every month regardless of whether or not they participated in the ongoing monthly tournaments, players who did engage with the online challenges were rewarded with earlier access to over a dozen new characters, including the likes of Diddy Kong, Petey Piranha and Luma. At launch, it will be important to ensure that players can face one another without worrying about missed timing on shots due to connectivity issues, especially with the more chaotic Speed Golf mode, but in the months that follow, Camelot could replicate Tennis Aces’ formula for monthly challenges and regular new characters that would keep dedicated players coming back for another trip to the courses.

Mario Golf: Super Aces is set to launch on June 25 for Switch.