Since the studio was first founded over eighteen years ago, Avalanche has primarily put their focus on single-player experiences set in vast open worlds. From their flagship Just Cause series to Mad Max and their most recent title, Rage 2, these adventures often find players experimenting with the wide berth of weapons and vehicles at their hands to complete their objectives, and create replayability through all of the emergent scenarios that these unique tools and situations have to offer. So it was surprising to see Avalanche Studios show up at the Microsoft E3 2021 showcase with their next title, Contraband, which will be published by Xbox Game Studios and not only allow, but encourage multiple players to run wild in its open world. 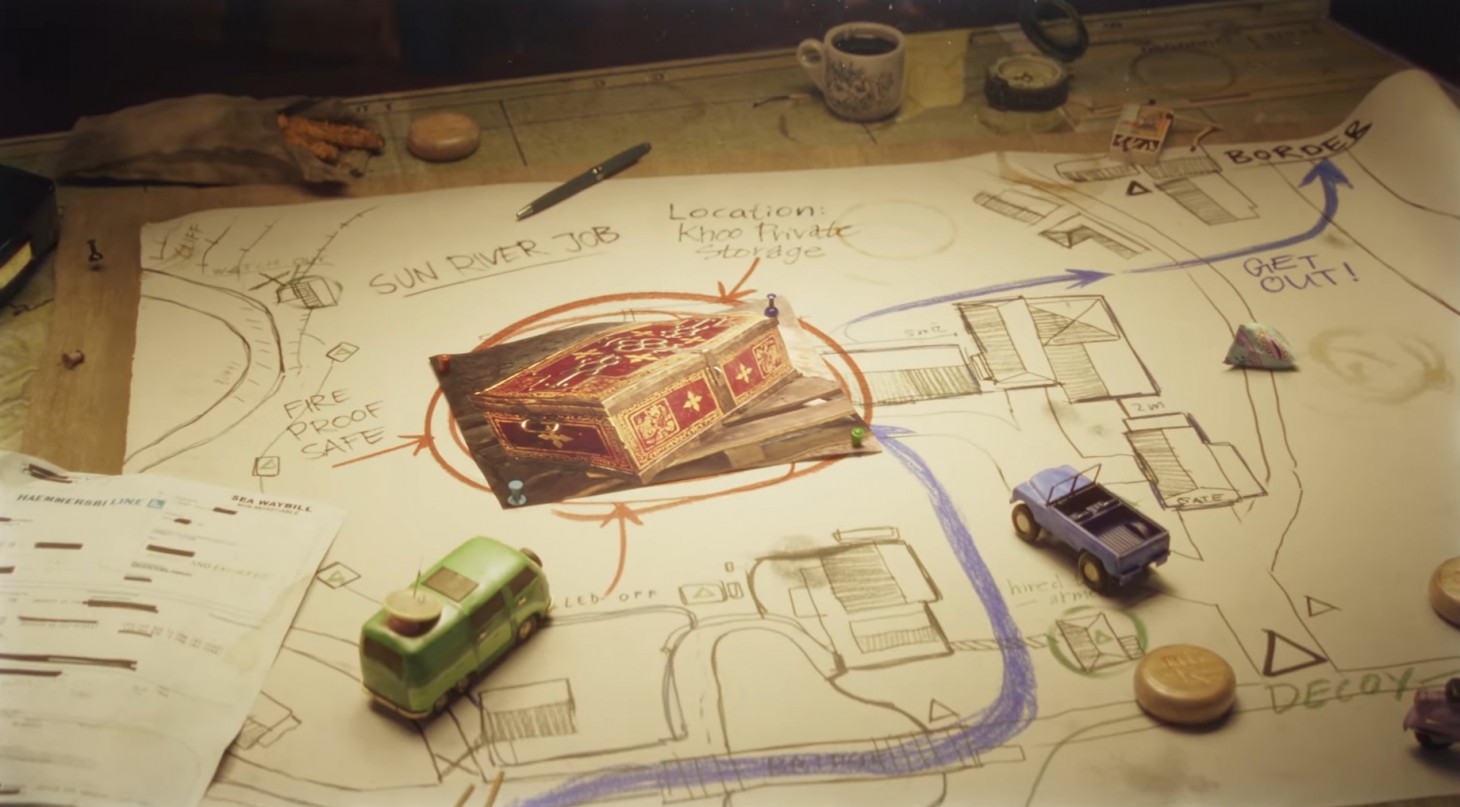 Set in the fictional world of Bayan, Contraband unfolds during the 1970s and is described by Avalanche as a “smuggler’s paradise,” although it’s never specified what exactly players will be smuggling. Outside of this basic info, there’s not much else to go on outside of the fact that the game will run on the next generation of the studio’s Apex Engine, which likely means that Contraband will be another stunning open world to explore, perhaps reminiscent of Just Cause 3’s tropical islands of Medici. While Avalanche can borrow from Just Cause’s history with guns and vehicles to help players build their loadout, Contraband’s mission design will likely differ vastly from anything the studio has done in the past, and for that the developer could potentially turn to any number of outside influences.

In the modern age of online multiplayer heists, few games can compete with the juggernaut that is Grand Theft Auto Online. Although the initial heist update wasn’t available until 2015, Rockstar has slowly been expanding upon the first five heists with each new one being added, fleshing out the mission complexity and options players have for approaching each sting. Over the years, each heist has followed a similar formula of encouraging players to complete mandatory and optional setup missions, providing the group of four with the necessary vehicles and tools needed to complete the operation. Then, the grand finales can play out, which often represent some of the most intense missions available through GTA Online due to their potential for high payouts and tight restrictions on the amount of damage and deaths players can take. While early heists often ended in bombastic fashions, more recent heists have given players the option to approach things more stealthily, which can lead to smoother getaways with larger rewards for players that have the patience. 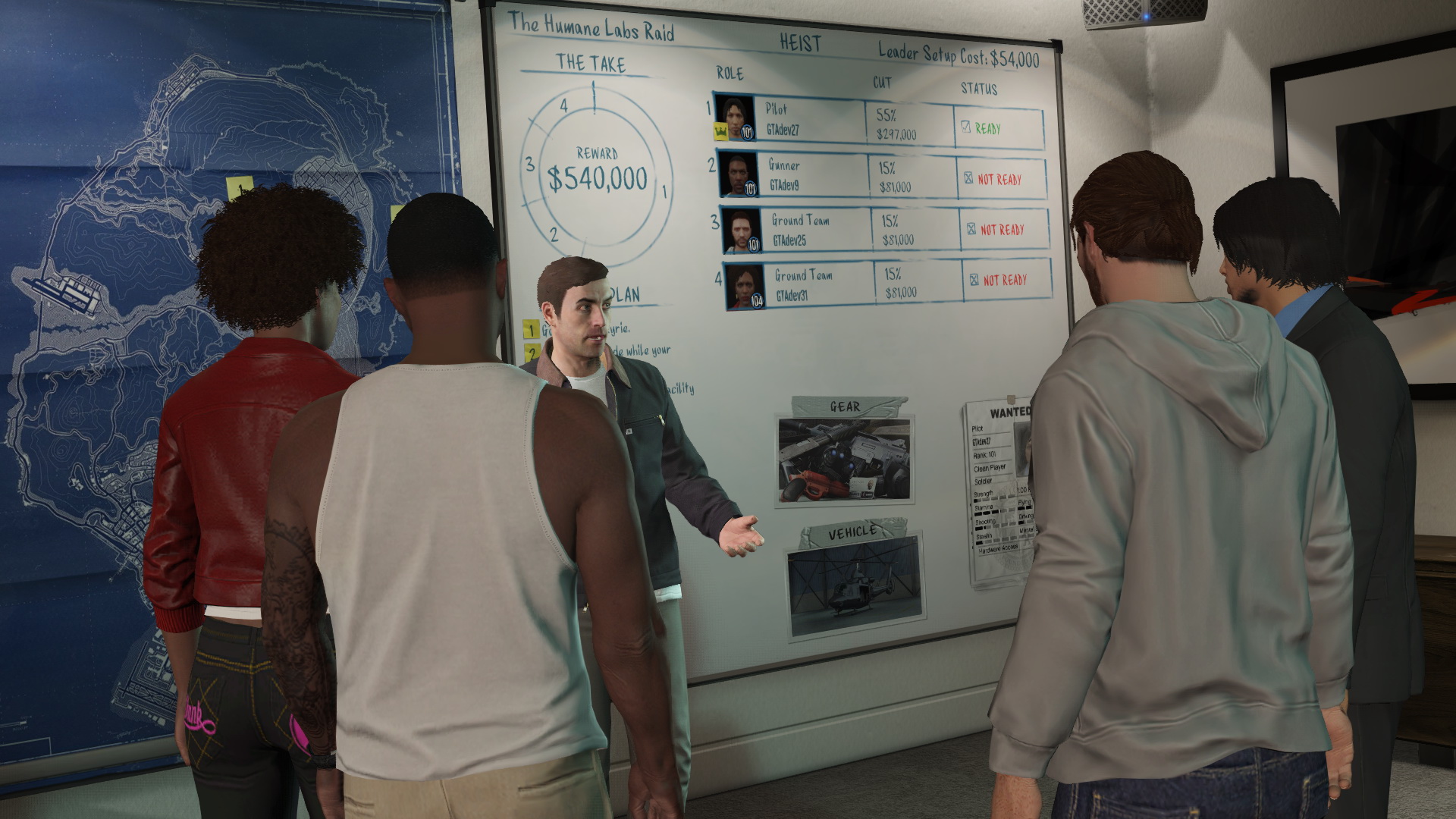 While the time period of Contraband will put restrictions on the types of weapons and vehicles that are accessible, providing players with key choices on how they want to approach each heist could go a long way towards making these heists feel more unique and replayable, especially depending on how many are available at launch. Additionally, the payouts for these heists should be more flexible in how they reward players, allowing room for players to further perfect their strategy and get compensated for better teamwork and communication. Finally, players will need compelling items to spend their hard-earned money on, whether that simply be better equipment for the next heist to come or perhaps new ways to customize their smuggler or the hideout that the teaser takes place on. With a strong foundation of emergent gameplay in their previous titles and established lessons that the development team can borrow from, Avalanche’s new IP has plenty of potential to be the next co-op hit when it launches on Xbox Series X/S.