Kingdom Hearts 3 has had the entire gaming world on the edges of their seats for the past 10 years now. The epic saga has stretched over numerous additional titles over the years and the original game that started it all is officially fourteen years old! The last number title fans of the series got their hands on was Kingdom Hearts 2 which released in 2005, but could the darkness win in the end even after Kingdom Hearts 3 finally releases?

Kingdom Hearts 3 first revealed its existence to the world during E3 2013 and since then went dark once more until it reared its elusive shadow in 2015 during various events throughout the year which showcased gameplay and new weapon transformations. At the time of such reveals and showcases, Kingdom Hearts fans were more than happy to finally be seeing actual gameplay of the next proper installment, but underneath all the excitement and hype laid a dark concern that would even make King Mickey himself quiver with fright. 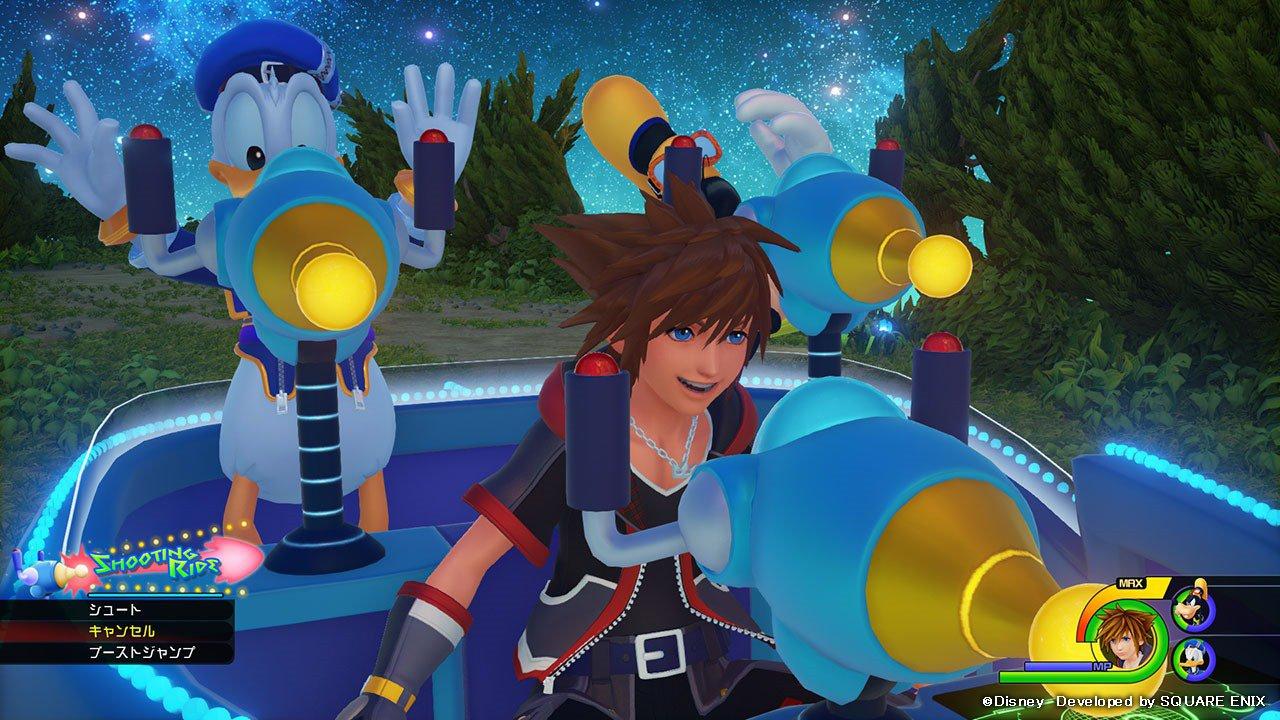 Kingdom Hearts 3 over the years has grown to become one of those games similar to Half-Life 3, which has been missing for an extended period of time. The hype and expectations of Half-Life 3 has swollen so much over its lifetime that Valve fears that it is impossible to deliver a game that could possible live up to the hype. Kingdom Hearts 3 suffers a similar situation but on a completely different level than Valve’s third Half-Life game. Between the ten year and two console generations period of time that we have waited and the various titles that have released which have all been leading up to the end all of the epic Xhenort saga, Kingdom Hearts 3 has some rather large yellow mouse shoes to fill.

The main difference between Kingdom Hearts 3 and Half-Life 3 is that Square Enix works tireless to remind its fans and the world that Kingdom Hearts still exists. They have been teasing the next number title since the secret ending in Dream Drop Distance, which presented a message to the player stating, “the past will be reawakened as a new number in never-before-seen detail. Prepare yourself for the awakening of the next number.” Well that message although sounding promising for Kingdom Hearts 3 turned out to be the glossy new and improved Final Mix versions of the first two games coupled with the individual titles released in-between to prepare avid fans for the eventual third installment. In any matter, this was Square’s way of keeping the heart and soul of Kingdom Hearts alive, but at the same time they had also raised the hype bar with every tease, secret message and HD re-release.

It’s always unnerving to think of a final entry into anything, whether it be the last book in a series of a piece of literature, an end to a movie trilogy, the series finale of your favorite television show or the closing of a epic saga that has been telling its tale for decades. The biggest problem is landing each and every note right as you ramp up to the end credits, being able to do justice to every character and send them off in such away that serves the story and the rabid fans who made the tale as popular as it is. Nevertheless, with series creator Tetsuya Nomura at the helm it would seem like Kingdom Hearts’ closure to the Dark Seeker Saga has nothing to worry about…or so we thought.

Although it’s old information, you would be surprised how many fans of the series don’t even realize that Nomura isn’t exactly working on his own creation to often these days. Nomura has stated that he had been far too busy working on a similar long awaited entry to a hit series, Final Fantasy XV. Final Fantasy XV has had both Nomura and the Kingdom Hearts team placing all of their focus into the game while the Osaka Studio (creators of Birth By Sleep and Dream Drop Distance) have been the ones responsible for the start of development in Kingdom Hearts 3. Maybe with XV releasing in September and the Kingdom Hearts team free from its development, the next year or two of KH3’s development will make a lot more progress.

As much as the rest of the world, I want to play the next installment of the Kingdom Hearts saga as soon as possible, but if that means risking the integrity of the game then I would rather wait another ten years to get the game we all deserve versus a rushed hot mess. The biggest fear with Kingdom Hearts 3 is the overhype that surrounds it; our own expectations of the game itself could be its ruin. What gamers should keep in mind is that Nomura is a super busy man and although it is painful, good things come to those who wait.

So let’s not expect too much information from E3 2016 and let’s not add any additional pressure on Nomura’s shoulders. Kingdom Hearts has yet to let us all down (aside from Chain of Memories for the PS2) and although it’s been ten years since Kingdom Hearts 2, it has not been ten years since we received a Kingdom Hearts game in general. We should all count ourselves lucky for these smaller individual titles that continue the story and for the HD Final Mix releases as without them we wouldn’t be playing these games at all and Kingdom Hearts 3 could have slipped into the same never-releasing purgatory as Half-Life 3.