The long-dormant Crash Bandicoot series finally has a true and proper new entry after twelve years. What’s more, Crash Bandicoot 4: It’s About Time is a direct sequel to the much-beloved original 90’s trilogy. From both a story and gameplay perspective, all of the extra junk is gone and only the core Crash Bandicoot experience remains; this is both good and bad. The good is obvious: it’s more of the Crash fans love, but built-up with completely new levels and ideas. Oddly enough the bad comes from the same place: more of the same old Crash that fans love. See, returning to a series roots has the obvious benefit of stripping away additions and changes fans didn’t like, but it also brings back some of the very weaknesses that those additions and changes were meant to address in the first place.

The Crash series’ biggest legacy flaw was revealed with the release of the Crash Bandicoot N. Sane Trilogy in 2017. Fans new and old were delighted by the chance to enjoy the first three Crash Bandicoot games again, but that enjoyment was tempered somewhat by qualities that hadn’t aged all that well. Chief among these flaws is the player’s inability to accurately judge depth in these games. Now it can be said that depth-perception is a problem across the whole gaming medium since players mostly interact with them through flat screens, but the Crash series’ problems with it are somehow more acute. 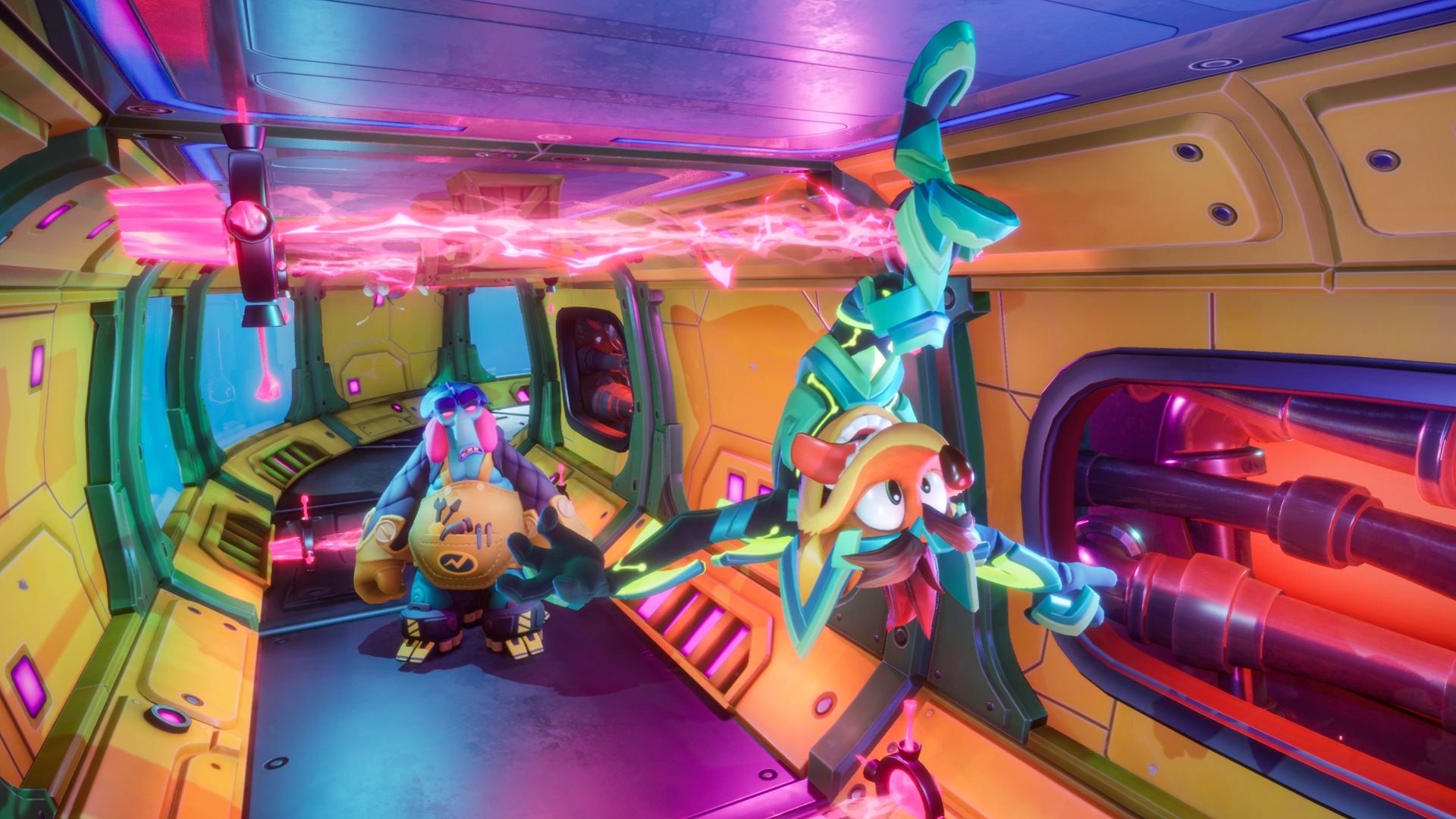 Unlike in Mario games or A Hat in Time, it’s easy to misjudge jumps in Crash Bandicoot games. The locked, third-person camera forcing depth problems is a big part of it, but there’s also the issue of momentum. Crash’s momentum doesn’t always carry him forward; it will when he’s running full-speed, but otherwise it’s up to the play to directly adjust his jumps in mid-air. This would be fine if not for the game seemingly being unable to decide when Crash is moving fast enough to have momentum. So it doesn’t matter if the camera is following Crash from behind or locked to a sideways perspective: jumps will be misjudged and players will suffer seemingly unfair deaths.

This has been a normal thing in Crash games since the very first Crash Bandicoot on the PS1, so it was forgiven in the Crash Bandicoot N. Sane Trilogy; it was basically just a fancy remaster and not a full remake after all. In Crash Bandicoot 4 though, this isn’t as easily overlooked. Not only is this a known issue that’s plagued the series since its inception, but it’s also something that’s been exacerbated by the new game’s traversal abilities and more long-winded stages.

The average stage in Crash Bandicoot 4 is longer than its PS1-era predecessors. This should be a purely good thing; more content is more content after, right? It’s not, though, and the reason has to do with those unfair deaths mentioned earlier. It’s one thing to have to redo a level when it’s all of five minutes long at most; it’s another thing when it can’t last up to ten minutes (or longer). Going back in to try and do a minimal death run isn’t terribly appealing when one knows they’re going to lose lives thanks to Crash’s inherent jankiness. Add the new mask-based traversal abilities, each bringing their own unique flavor of cheap deaths, and the result is something with a lot less replay value than it should have. 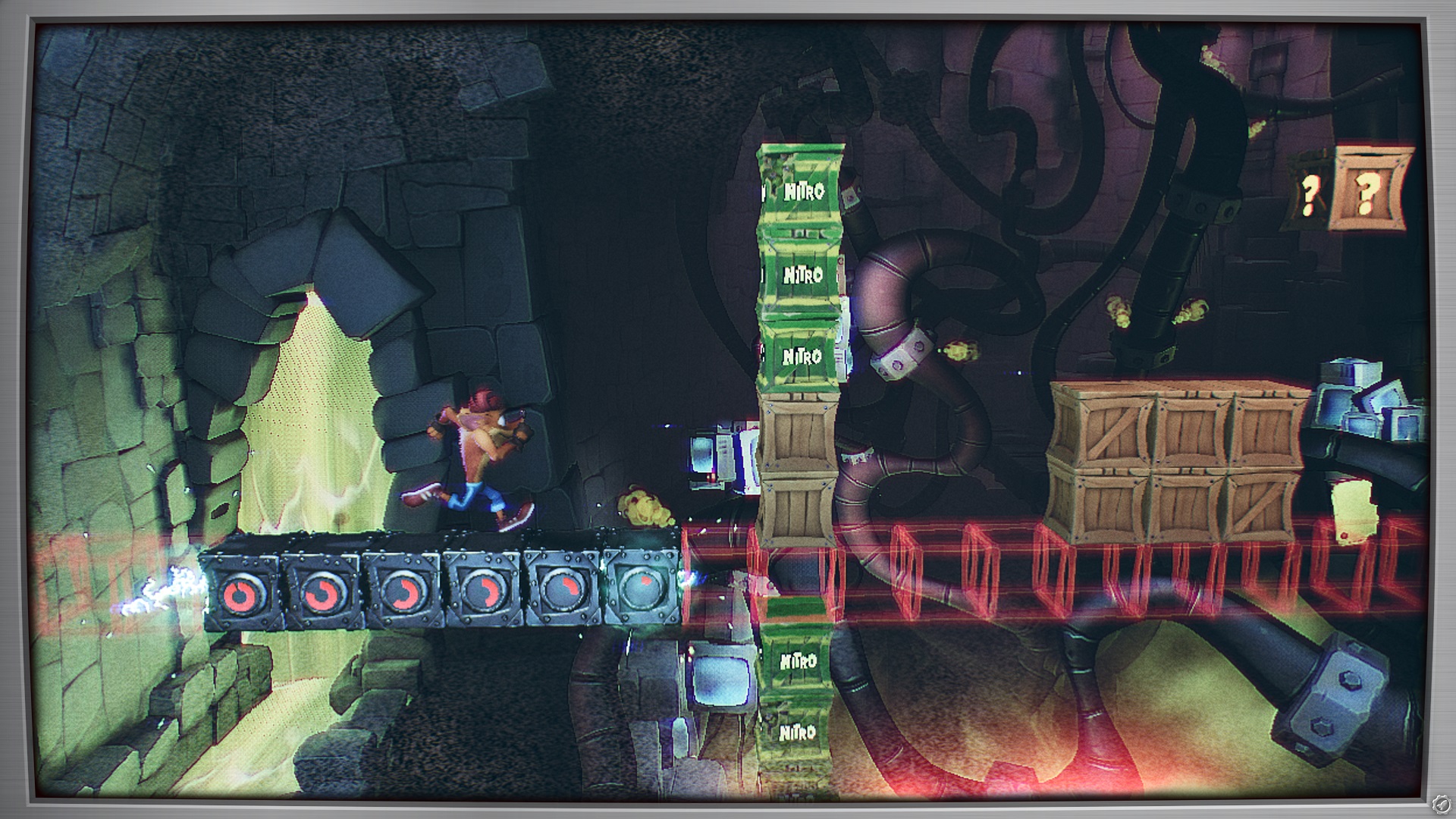 This isn’t to say that Toys For Bob dropped the ball with Crash Bandicoot 4 though, because as bad as these issues are, they’re basically part of what defines Crash games. Crash games don’t have modern, free-floating cameras, nor do they feature levels designed to minimize the problem of depth perception. Crash games are relics of a bygone period in platforming and that’s what fans like about them. Take away these problem-causing features and suddenly Crash Bandicoot becomes a whole lot less interesting. Just look at the post-PS1 games for proof of that.

So what’s there to be done? Toys for Bob’s solution was to add a shadow to help players see where they’ll land and that’s a step in the right direction. They were right not to do anything to overtly change things, but perhaps more tweaks to tools like the camera and collision detection are worth further exploration. Crash Bandicoot cannot be reinvented without completely destroying it, but there has to be some sort of subtle way to deal with its inherent weaknesses. If not, then perhaps the orange bandicoot will be doomed to fade into obscurity once more.