Destiny has been an interesting experience in both alpha and beta form. Truth be told, I wasn’t hyped up about the game before I had a chance to play it. Sure, the screenshots and videos made it clear that the world was going to be impressive, but first-person shooters aren’t my thing and it takes a special one to grab my attention. Halo 2 did just that about a decade ago, and delivered an experience I’ll never forget. It was the first game I ever obtained from 7-11 and it was a surprise gift from my mother. She’d heard of the game and knew it was a big deal, but it wasn’t in my library so she snagged it for me when it was $20 only a few months after its initial release. I enjoyed the first game, but it didn’t wow me – the sequel however, blew me away. The first night I had it, I played for eight hours and just couldn’t get enough of it. I eventually got a little tired of it and it took ages for me to get back into FPSes. Lately, Titanfall hooked me and the Destiny alpha did the same thing. As a result, I couldn’t pass up a chance to check Destiny‘s beta and see just how it compared to the alpha. 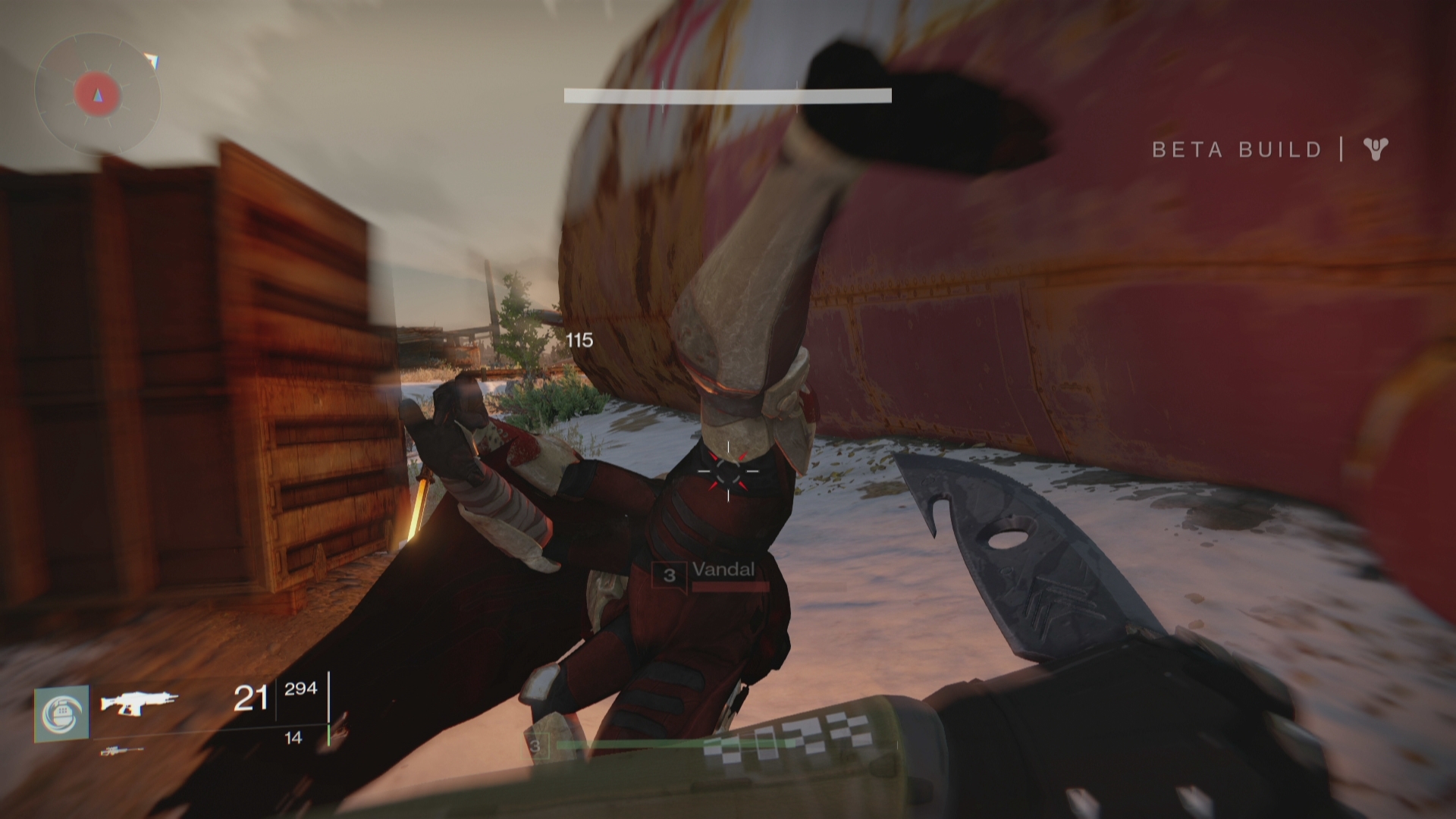 The most notable thing was the dramatic increase in story-related content. While the alpha touched on things a bit, the plot felt like you were dropped into the middle of a book chapter without much context. You could pick things up here and there, but it was impossible to really get a feel for everything. The same issue affected Titanfall‘s beta, and that problem continued into the full game. Luckily, Destiny‘s alpha shows that this completely product will have a fleshed-out storyline. It starts off like the alpha did with a character creation tool, then you get something you never saw there – cinematics! You learn about the world of Destiny and some things start making sense that didn’t before. The Tower, the hub world in the alpha, is actually the only safe place for Guardians in the galaxy. While that may seem like a small thing, it gives a logical reason for it to only be inhabited by players which makes it easier to suspend your disbelief. 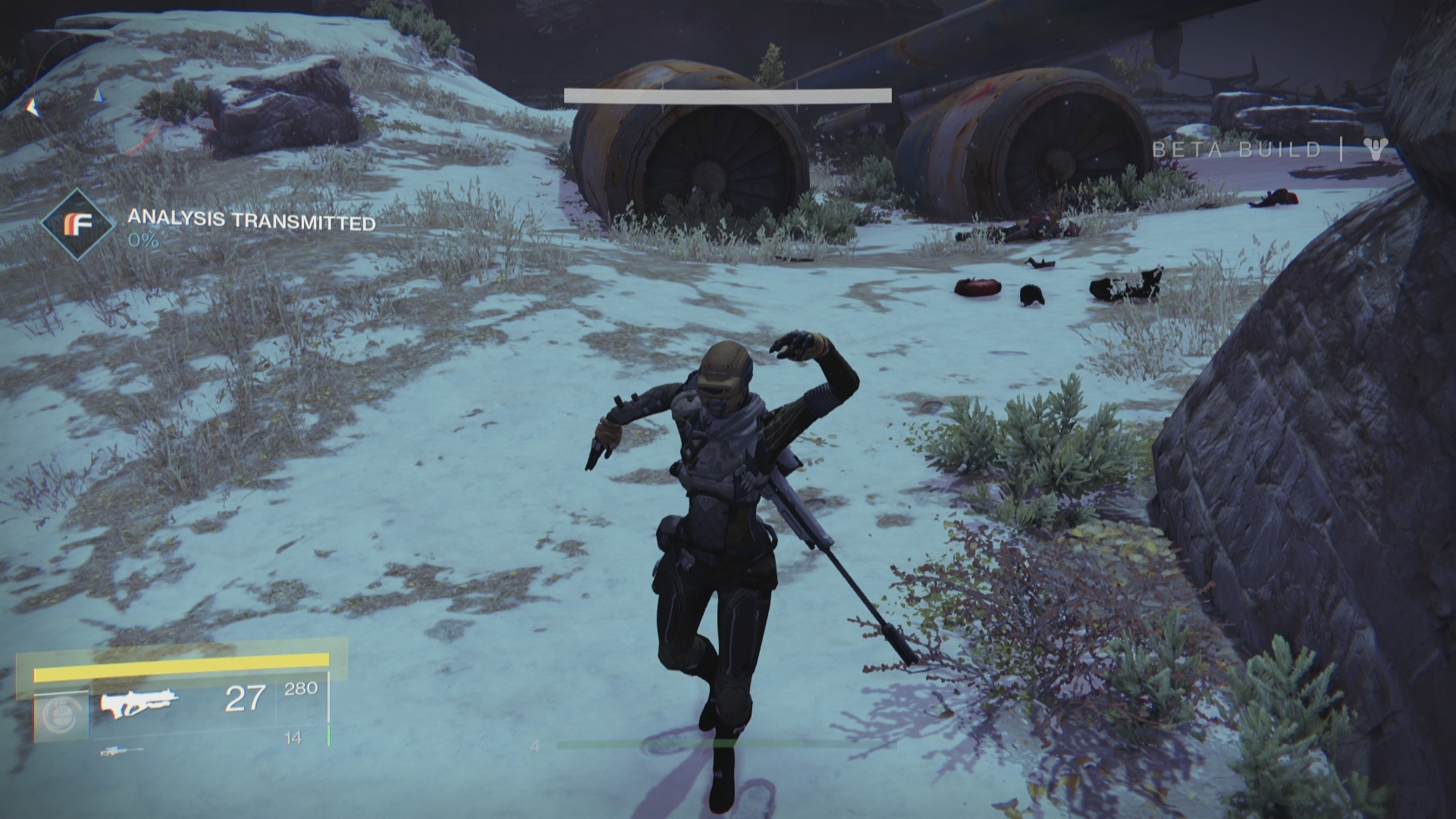 Destiny‘s storyline is far more fleshed out in the beta than it was in the alpha. Comparing it to Titanfall, another online-only FPS, this world feels so much richer. You get a feel for the world and the beta is pretty generous in regards to missions. You can explore if you want or just go on a killing spree, and both are equally enjoyable in their own ways. Of course, it still being a walled-off beta hurts things, but we have a much better idea of what the full game will over up now than we did before. The acting is a bit less hammy, and thanks to the in-game universe being explained more, I’m already more invested in the storyline than I was in the alpha. The game is a little more fun too thanks to finding out little tricks like making your character dance. Sure, it’s goofy, but it adds to the comedy, and in a combat-heavy game, a little levity can go a long way. The final game now looks like something players will be able to have a lot of fun with as both a shooter and social hub, with some Halo-style hijinks being brought back as well.