Earlier this month, Capcom announced an HD remake of the Gamecube remake of the original Resident Evil. Aside from obvious “remake of a remake” awkwardness, the decision to revisit that old of an installment was met with both praise and confusion. The environment that existed after Capcom’s 2005 Game of the Year Resident Evil 4 had made these “classic” Resident Evil games look archaic and dated in comparison. Clunky controls, static camera perspectives, it all felt like something that should’ve disappeared forever after RE4. But this revisiting of the past was met with fanfare from those who criticized Resident Evil 4 for the same things that others praised it for. Resident Evil 4 might have been one of the greatest games of its generation, but was it the path that the series should’ve tread?

Resident Evil might not be considered a cinematic masterpiece by today’s standards, but if you look at how its survival horror identity was presented, you’ll find some interesting fundamentals. Taking cues from the survival horror progenitor, Alone in the Dark, Resident Evil used static camera angles and restrictive “tank controls” to make walking around the environments feel rigid. While these restrictions didn’t compromise the powerful PS1 graphics at the time, later generations of horror and action games made these controls archaic, especially when compared to the budding character-action genre pushed by Devil May Cry (which, oddly enough, originated as an incarnation of Resident Evil 4). The main Resident Evil series continued to use this control setup for nearly ten years, including Resident Evil Zero and the critically acclaimed Gamecube remake of the original Resident Evil game. 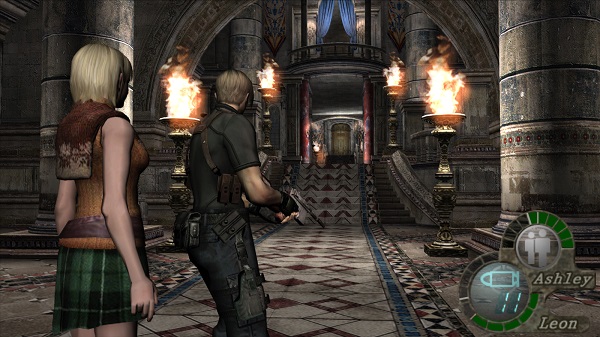 But then came Resident Evil 4 and the entire philosophy of the series changed. Resident Evil 4’s schizophrenic development discouraged fans that were eagerly yearning for a brand-new Resident Evil experience, but all qualms were put to rest when Resident Evil 4 released in 2005 and blew the doors off the series and gaming in general. Its fluid control setup allowed for entire environments to be seen from new perspectives, scrapping the static cameras of the past. The over-the-shoulder aiming made targeting enemies a breeze, making confrontations feel lively and harrowing. The graphic design stepped things up considerably from the looming mansions of the “REmake”, with new aesthetics and plenty of gruesome horror. Resident Evil 4 improved the series in every possible manner, so it’s no surprise that it’s considered one of the best games ever made.

…well, not every possible manner. After Resident Evil 4’s groundbreaking release, there was a gaming sect that disapproved of what Resident Evil had become. There were fans who actually liked the tank controls and static cameras, finding these inclusions to be the foundations of the series’ trademark horror. RE4’s broader camera perspective and multi-faceted combat made most enemy encounters manageable. With the power to mow down hundreds of Ganados before the first major boss fight, combat in Resident Evil 4 made the player feel empowered, and how can you experience the fear of failure and death if you are so well-equipped to battle it? That’s why I say that Resident Evil 4 is the best game in the series. As a polished, fluid and enjoyable game, it does little wrong. But when it comes to being the best Resident Evil game, a series that’s prided itself on ambient, looming horror, Resident Evil 4 pushes that aside to focus on an action setup with atmosphere on the side. 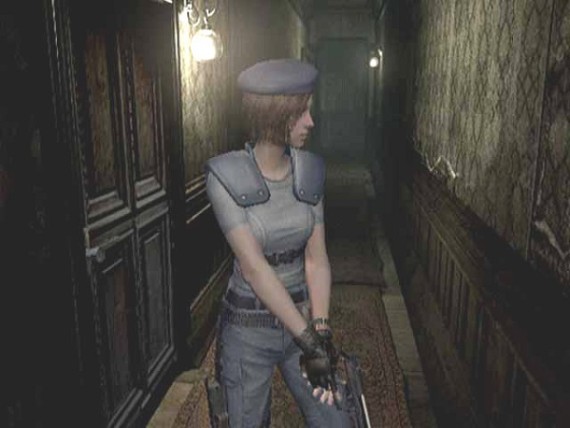 To a degree, the fans were right. Those who found the original static cameras and tank controls to be the ideal horror control setup for the series didn’t have an empty argument. Looking back at how the original Resident Evil presented itself, the tank controls were a way to poorly encumber your character. While they were convoluted, you never felt in command of yourself in Resident Evil. Enemies would appear and you’d have to struggle to escape. This made enemy encounters a terrifying ordeal…a fearful one. Because of how badly equipped your character was toward combat, you outright feared the zombies that appeared. They were nightmares that you just didn’t want to contend with.

The way the camera stayed still and simply switched from one view to another was another interesting element to Resident Evil’s fear factor. The camera would automatically change positions depending on where you moved to, providing disorientation. This abrupt switching of perspectives simulated the way a security feed is switched to view different parts of a building. Like a guard changing cameras to look for intruders, Resident Evil’s camera was fast and out of the player’s control. That same comparison also gave the sense that these “camera feeds” were actually like a security guard’s feed. The perspectives were being changed by a faceless entity that viewed your every move. Resident Evil gave the feeling that somebody was always watching you. 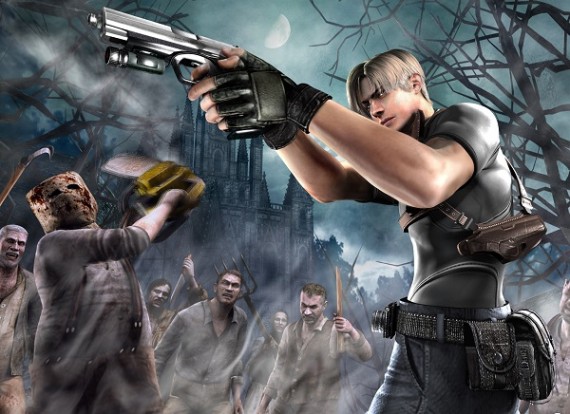 Resident Evil 4 might have been a remarkable achievement in game design and technical edge, but it’s also responsible for what the series has become since then: a Michael-Bay-exploding B-list action movie that ignores the horror fundamentals that built the series. By moving the focus away from restrictive, anxiety-inducing terror, Resident Evil 4’s ambitious revamping of the third-person shooter was condemned by fans. And even as an avid lover of Resident Evil 4, I can see where they’re coming from. The camera manipulation and clunky tank controls were disorienting, making players ripe for the scare, while Resident Evil 4 empowered the player with fresh weaponry, constant health pickups, and controls that accommodated the player instead of confining them. The announcement of the HD revamp of the Resident Evil Gamecube remake revitalized the argument that Resident Evil was “best” as it was. Is that true? That’s debatable, but giving players the ability to re-experience classic Resident Evil could spark discussion as to if Resident Evil 4, as phenomenal as it may be, was really the right way to go.