Rarely does Ed Boon tweet without purpose, and his followers are going crazy after his recent update:

Does this mean Arnold will be a guest character in Mortal Kombat X? This is a strange one. For one, although the picture is Arnold Schwarzenegger from the movie Commando, the text is obviously Arnold’s quote from The Terminator, so which movie would the Arnold in the game be? Neither movie is owned by Warner Bros. either, which makes this more unlikely, though not impossible.

It would make some sense, given that Ed Boon has an admitted love-affair with action and horror movies of that age, and because Schwarzenegger is so desperate for work he’s doing Expendables 3 and a new Terminator movie (no longer published by Warner Bros.) so NetherRealm Studios could probably get him to voice act for it.

Here’s why it’s probably not true: Ed Boon teased, pretty obviously, I might add, that there will be more MKX news at Gamescom, and it would seem strange to take so much steam away from that announcement by throwing it out on Twitter. Although, Boon has yet to refute the rumor as he has in the past. There was also a recent Kano leak, which would probably make Mr. Boon quite tight-lipped about anything outside an official announcement.

A few Schwarzenegger characters would make for an interesting addition to MKX, though, including his character from Predator, given that the titular villain of that movie bears a striking resemblance to Cyber-Sub Zero from the Mortal Kombat 2011. 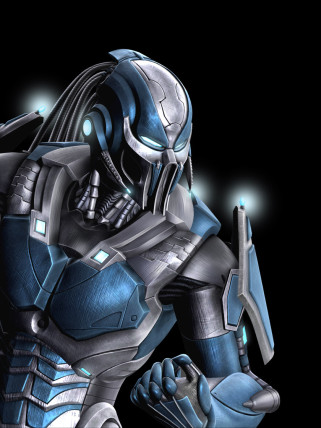 But it could very well be that The Terminator is making the appearance. Before the “I’ll be back” tweet with a picture of the Commando, Ed Boon tweeted “In his Commando variation, he fights without any underwear on.” Perhaps he was having a little fun, or he was imagining different variations of Arnold Schwarzenegger action hero fighters, but every option is appealing.

Only time will tell with this guest character speculation.