After dozens of matches, it’s safe to say that when Evolve hits a high point, it’s one of the more thrilling releases in quite some time. Then again, when you look back to the generous heaping of pre-release praise, it was clear that novelty and excrement were two of Evolve‘s selling points. The question the world was asking was never, “Will Evolve Be Fun?” Rather, the poignant question was always, “How Long Will Evolve be fun for?” Obviously there’s no way of seeing into the future, so the answer to the latter question isn’t cut and dry. Still, it wouldn’t hurt the evaluation process to dive into Evolve‘s progression system and game modes.

Evolve‘s single-player component consists of player vs. AI versions of the two multiplayer playlists, Skirmish and Evacuation. While Skirmish largely houses the traditional 4v1 Hunt mode, in which the team of hunters attempts to slay a monster before it wipes a power relay, or them, out. At this time, the other three modes, Nest, Rescue, and Defend can only be accessed through the five-match Evacuation mode. While Nest’s minion hatching concept and Defend’s infrastructure components introduce some unique ideas, they’re bogged down by either a lack of combat or an unbalanced playing field. Rescue is the clear loser so far, as leading stray soldiers to rescue pods is only so fun when the Monster reaches Stage 3 within minutes.  Early indications are that most players prefer Hunt matches, as this particular mode is overwhelmingly chosen in the pre-game Evacuation vote. 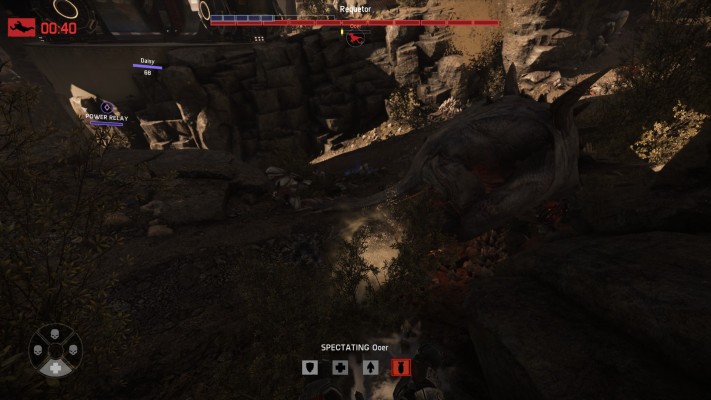 Evacuation mode introduces environmental changes based upon whether the Hunters or Monster win a given round. According to the unskippable training video placed before one’s first Evacuation campaign, there are over 800,000 possible campaign combinations when match types and map tweaks are taken into account. While this seemingly endless array of possible outcomes might seem to sport endless replay value, this is still a collection of five Evolve matches with minor tweaks. A great deal of these changes are mere grains of sand on the metaphorical beach that is a match. Realistically, Evolve has four true game modes that can be played with any combination of human and AI…and that’s it.

The saving grace should be the progression system right? Well, sort of. 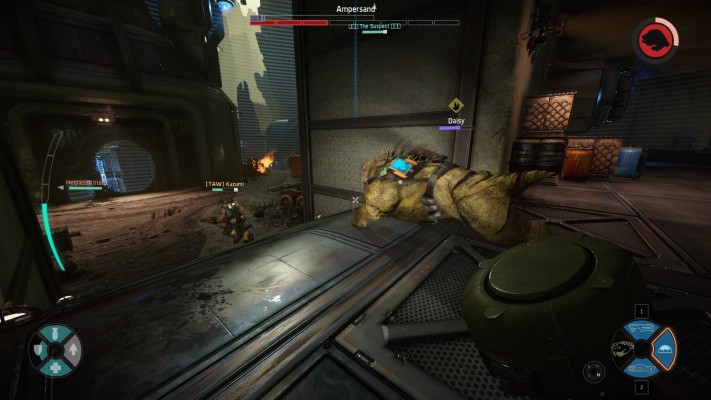 There are two tiers of locked characters that become available after completing certain Hunter and Class challenges. Those with an above average skill level should be able to unlock every character without too much effort, thus rendering the leveling system the sole motivator for continuation outside of gameplay. It’s not going to take much for players to hit level 40, the current maximum level attainable.

The overall lack of unlockable customization items (being that most of them are hidden behind a pay-wall) and lack of game modes could potentially put Evolve into the “Interesting Proof of Concept” category along with Titanfall and Watch Dogs. Granted, Turtle Rock’s newest title does have a chance to last on its gameplay alone, as it peaks rather high. Still, it’s a bit disappointing to see Evolve‘s content locked behind the promise of allegedly endless replay value.

Because of the online nature of Evolve, we’re taking extra time to test Turtle Rock’s new shooter under real-world conditions. In order to give you, the reader, insight into our review process, we’ll be publishing short articles about all things Evolve over the course of the week