Two Point Hospital got another shot of DLC recently and this time it’s tasking Two Point County’s most capable hospital administrators with curing the cultural maladies along with the physical. There are several new and interesting diseases to diagnose and treat of course, but the star of this add-on is the new, “Plywood Studios” location. It’s through this show that Two Point County’s creative and medical communities come together and treat all of society’s ills.

In practice, Culture Shock is basically just more Two Point Hospital, something that likely won’t be a problem for those who already enjoy the game. After accepting the invitation of one Zara Fitzpocket, it’s time to begin production at Plywood Studios. The first order of business: design and build a realistic hospital complete with actual staff and actual patients. Audiences want realism these days, so it’s got to be as authentic is possible apparently. That doesn’t stop the producers from saddling the player with Mr. Roderick Cushion, though. As the star of the show, Cushion has to get in there and treat patients too. It takes some training, but shockingly he’s able to do a decent job…when he feels like it. 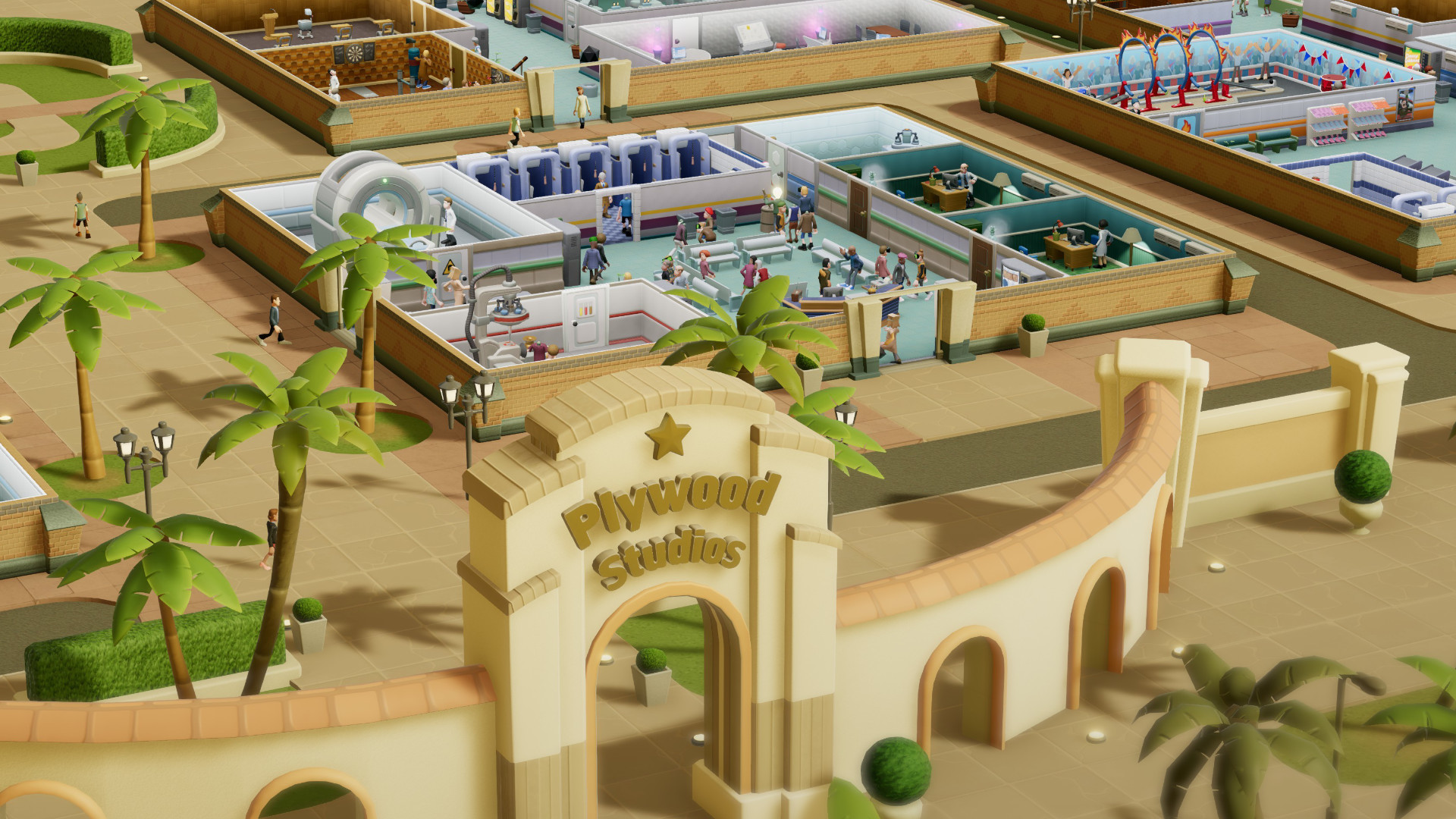 In typical Hollywood prima donna fashion, Cushion will only work when he feels like it, and that’s not nearly often enough. He’d probably spend the entire production in his trailer if he could, but thankfully the producers have ways of getting him back on set. As for said producers, their key interest is more in selling the show to viewers rather than actually treating the hospital’s patients. This mainly manifests in the ideas they float over from time to time. Some requests are pretty understandable; ideas such as hiring staff or curing an illness a certain number of times. This is TV in Two Point County though, so don’t expect their ideas to stay reasonable for long. They pay well at least, so incorporating these into hospital operations can be a good way to earn a lot of extra funds.

The new illnesses are standard Two Point Hospital fare with punny names and out-there treatments. Illness like “Snot-Twist” and “Concertoes” are easy enough to cure with normal rooms, but other ones like “Stunt Trouble” require more radical forms of treatment. In this case, the patient needs to be subjected to a simulated motorcycle jump to get back into their normal headspace. It’s all delightfully silly as Two Point Hospital tends to be, so current fans will feel right at home in their glitzy studio hospital. The surrounding lots are rather entertaining too. They’ve got stage for sci-fis and westerns and even a large tank with an absolutely massive shark chilling in it. Unfortunately, these are the lots one has to eventually take-over to expand the hospital, so players should consider their acquisitions carefully. 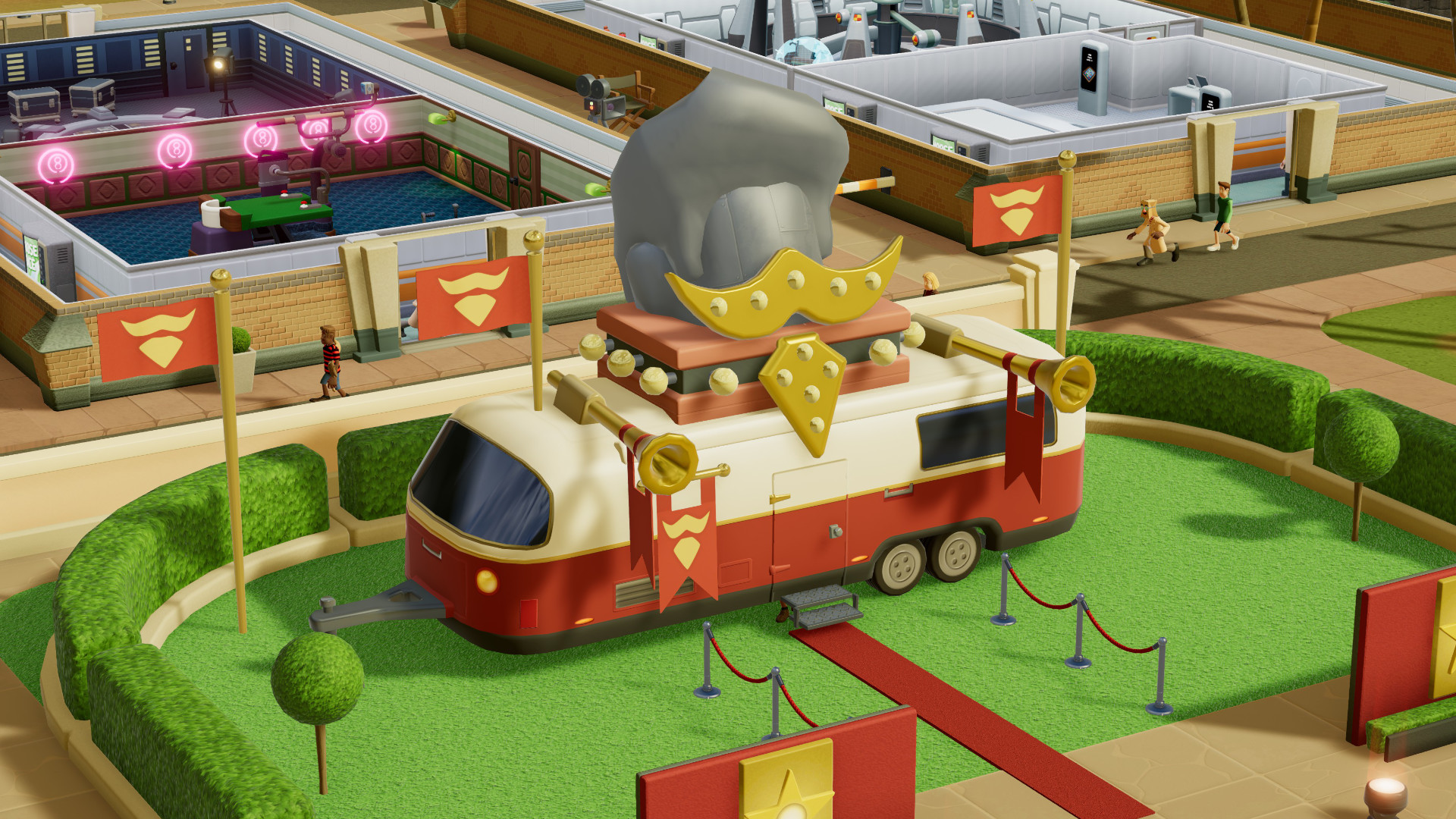 Two Point Hospital: Culture Shock is the latest in a series of remarkably well-done expansions for a game that was already in good shape when it launched back in 2018. None of these have been the kinds of game-shattering expansions one tends to want to see, but they’ve all been consistent with the original game and have slowly added a lot of great content for those who can’t get enough of medical puns, visual gags and an all-around well-made hospital management sim. Two Point Hospital even has a Halloween event going now that gives players some spooky ambiance and festive items to enjoy. Indeed this is a great chance to ride one’s medical administration skills right into the spotlight.