With all of the issues constantly swirling around the gaming industry and community, it’s easy to forget that video games are inherently meant to be fun, to entertain. Sure, there are oodles of serious offerings out there, but you’d be hard pressed to argue that these immersive experiences aren’t entertaining. Evolve, the latest title from Turtle Rock Studios, was clearly designed with fun and entertainment in mind. The 4v1 shooter/third-person action game is seeking to become the next “Water Cooler Game” through its frenetic action and tense moments. Whether or not people are still playing Evolve months down the line is anyone’s guess, but there’s definitely one thing for certain: it’s a hell of a lot of fun right now. 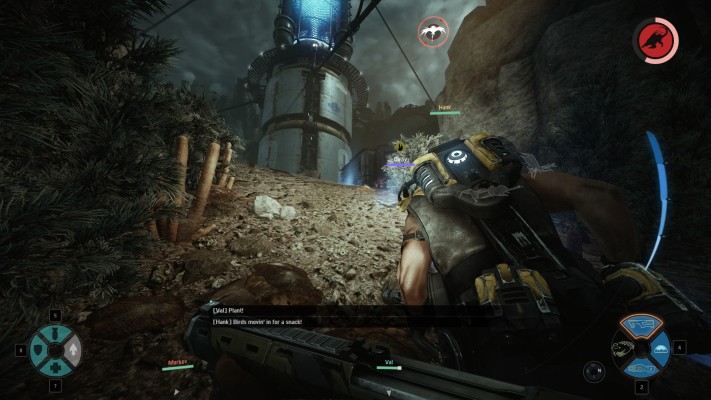 This isn’t to say Evolve is perfect, nor is it even to say that it’s the most fun game on the market. Rather, it’s a title that, when it works, provides the type of rant fodder that will fuel conversations for days to come (perhaps in a negative way, as well, but that’s a story for another day). With the exception of matches that end within minutes due to player inexperience, every round seems to have at least one “Woah,” moment. You might find yourself cackling out of sheer lunacy while you’re shooting at a fire-breathing demon creature with a minigun in mid-air. Being able to kill a group of hunters in Stage 1 is one of the most difficult things to accomplish in Evolve, so you bet you’re going to be telling everyone you know once you pull it off. Simply put, Evolve‘s high points are pretty darn high, though it’s overall quality will be determined by how low it’s low points go.

Of course, this novelty will inevitably wear off. The factor that will determine Evolve‘s success has never been whether or not its gameplay is exciting, but instead how long it will be exciting for. How many times can we play through the Evacuation campaigns before they begin to feel like a slog? If the answer to these questions is months or years, then we’ll be looking at a trend-setter for a new wave of asymmetrical multiplayer games (sorry, Nintendo Land). However, if Evolve finds itself getting stale after twenty or thirty hours, we’ll be staring at Titanfall 2.0.