The problem with not trusting Facebook is that it’s completely the wrong perspective.  You absolutely can trust Facebook to be exactly what you know that it is, and that’s an advertising company that uses the consumer as its product.  When I reviewed the Quest 2 last year I praised the hardware and its accessibility but also put in a warning that Facebook is Facebook, and if that seemed like a bad idea then yeah, no argument.  For the last eight months, though, the Quest 2 has been a standard standalone unit with no reason to complain once you get used to its quirks.  That changes soon with the addition of in-game ads in paid games.

While details are still in the works, today’s Oculus blog post gives a rundown of how things start.  The first game to get ads is Blaston, which is $10 and has been selling as complete since October 8, 2020.  One of the original arguments against “Welcome to the digital future!” was that people don’t own software but only license it, purchasing access for as long as the software may be available and agreeing to whatever terms may come over its lifespan.  For the most part it’s a non-issue, aside from the occasional Early Access title that changes focus along the way or MMORPG evolving into ever more convoluted forms, but generally the thing you buy is the thing you get.  Unless, like Blaston and a couple as-yet-unnamed games in the testing phase of the new ad-serving initiative, it decides to change the business model from fully-paid to purchased but ad-supported. 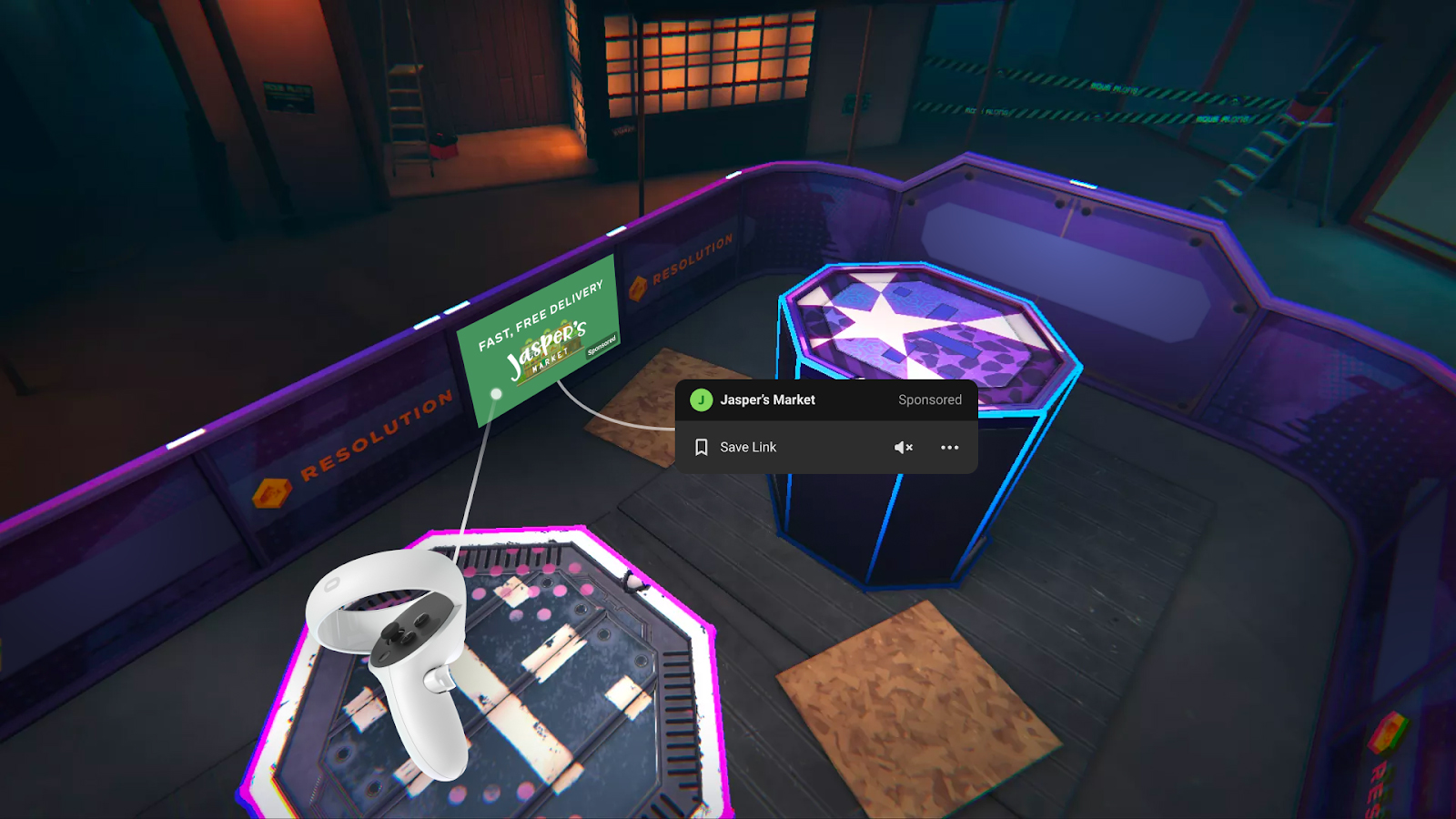 One of the worst things to come from mobile gaming was race-to-the-bottom pricing, which eventually led to free-to-play, where you can buy gems and watch ads to earn time in the thing you’d like to play but can never actually own.  Now Oculus is making the first step towards combining the worst of all possible worlds: games that you pay for that advertise to the customer.  Today’s blog post goes into a good amount of detail as to how the player can customize the ads, and that personal weight/height data will only ever be on the headset and never used to select ads, but putting whipped cream on a turd doesn’t make it any more appetizing.

Today’s blog post ends with the justification that it’s a new revenue stream for developers, and more profitable content means a greater variety of games and apps from more creators.  The one bright side to this is that the statement heavily implies the creators will need to opt in, at least at this stage.  Hopefully there won’t be too many Blastons, changing the terms of the purchase months into the game’s life, but we’ll see.  We know exactly what Facebook is and can trust them to be that thing, and for 99% of developers that’s also true in a much more positive way.