For the sake of this article, I’m going to coin the “Flat Brim Bowler Hat Corollary” to explain the bizarre phenomenon that took place on the PlayStation 3 Store this past month. Based upon statistics that only exist inside of my own head, flat-brimmed hats sell better than bowler hats. Being that nobody has worn a bowler hat since 1927, this hypothesis can be boiled down to a simple fact: new stuff sells better than old stuff. This rock-solid logic basically always works: new bread, domestic animals, and sandals all sell more units than older versions of the same items. With that being said, the Flat Brim Bowler Hat Corollary apparently doesn’t apply to the Far Cry series, as Far Cry 3 sold more digital copies than Far Cry 4 on PlayStation 3 last month.

Yes, you read that correctly.

According to the digital sales charts released on PlayStation Blog today, Far Cry 4 was the 12th most downloaded game on the PlayStation 3 on November, whereas Far Cry 3 was the sixth. Regardless of whether or not you think that the newest iteration of the sandbox shooter is better than its more Vaas-centric predecessor, it’s certainly strange that a two-year old title would outsell its sequel. While there’s no way to tap into the minds of every gamer that chose to buy Far Cry 3 over Far Cry 4 (if I owned that technology, I certainly would not be writing this piece), posing theories as to why this happened is most certainly possible. 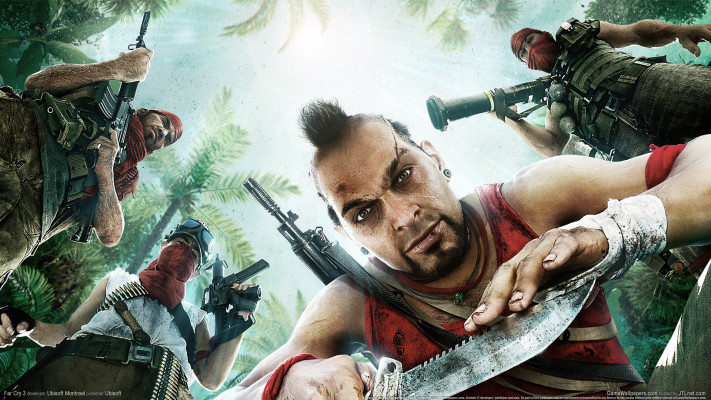 The simplest explanation for this situation is that tens of thousands of golfers decided to give the Far Cry franchise a shot. As you may or may not know, a low score indicates an excellent performance on the links. These golf-lovers were likely looking for a mechanically sound first-person shooter, and they incorrectly assumed that Far Cry 3 was the sequel to Far Cry 4. Don’t think I forgot about the major missing piece of information in this completely realistic theory. There’s a logical reason as to why golfers would choose to play video games instead of golfing: snow. In case you’re actually a hibernating bear (in which case, you’re a literate animal), it’s currently winter, and snow make golfing incredibly difficult. This makes perfect sense, I know.

A different theory that does explains Far Cry 3‘s 2014 success comes down to alternative hairstyle preference. Mohawks are exactly seven trillion times cooler than whatever the hell Pagan Min has on top of his head. In general, humans find symmetry far more appealing than asymmetry, so prospective buyers were probably drawn in by the majesty of Vaas’ hairdo to the point where Far Cry 3 seemed like the logical choice. Sorry Far Cry 4, maybe your cover art should have featured a character rocking a bowl-cut, the most symmetrical hairstyle on the planet (also, it’s the best hairstyle for people who hate mirrors).

So there you have it people; these two theories boast soundproof logic as to why Far Cry 3 won the PlayStation 3 Far Cry battle. If you find this news to be disheartening, maybe you should go burn a golf course or barbershop down. Actually wait, please don’t ever do that.