Having been out for a few months, Vampyr is one of those games that seems to gnaw at the back of your mind whispering to be played until it’s finally booted up again. It can be a difficult game to fall into, but once fully embraced in Vampyr’s deep drink, an epiphany of sorts will happen and the full understanding that Vampyr is doing so many things right is easy to see. The one thing that stands out above all else in Vampyr is the dedication to choice and the consequences that come with player action. It means thinking about every decision being made, and while Vampyr is obviously about battling with ones’ morals, specifically after becoming a Vampire, it’s still refreshing to see a game stick the landing so firmly in making the player feel the full weight of the decisions Jonathan will be making.

The situation in the streets of London is already dire; what with the Spanish flu ravaging the countryside while a war rages on the likes of which has never been seen — a war to end all wars. This war to end all wars isn’t just World War One, but the streets of Whitechapel, the surrounding docking district and the people at the heart of it all. Jonathan having freshly been turned into a new vampire while also having just returned from the war isn’t the best situation to find oneself in, which is even harder when accepting ones’ nature. 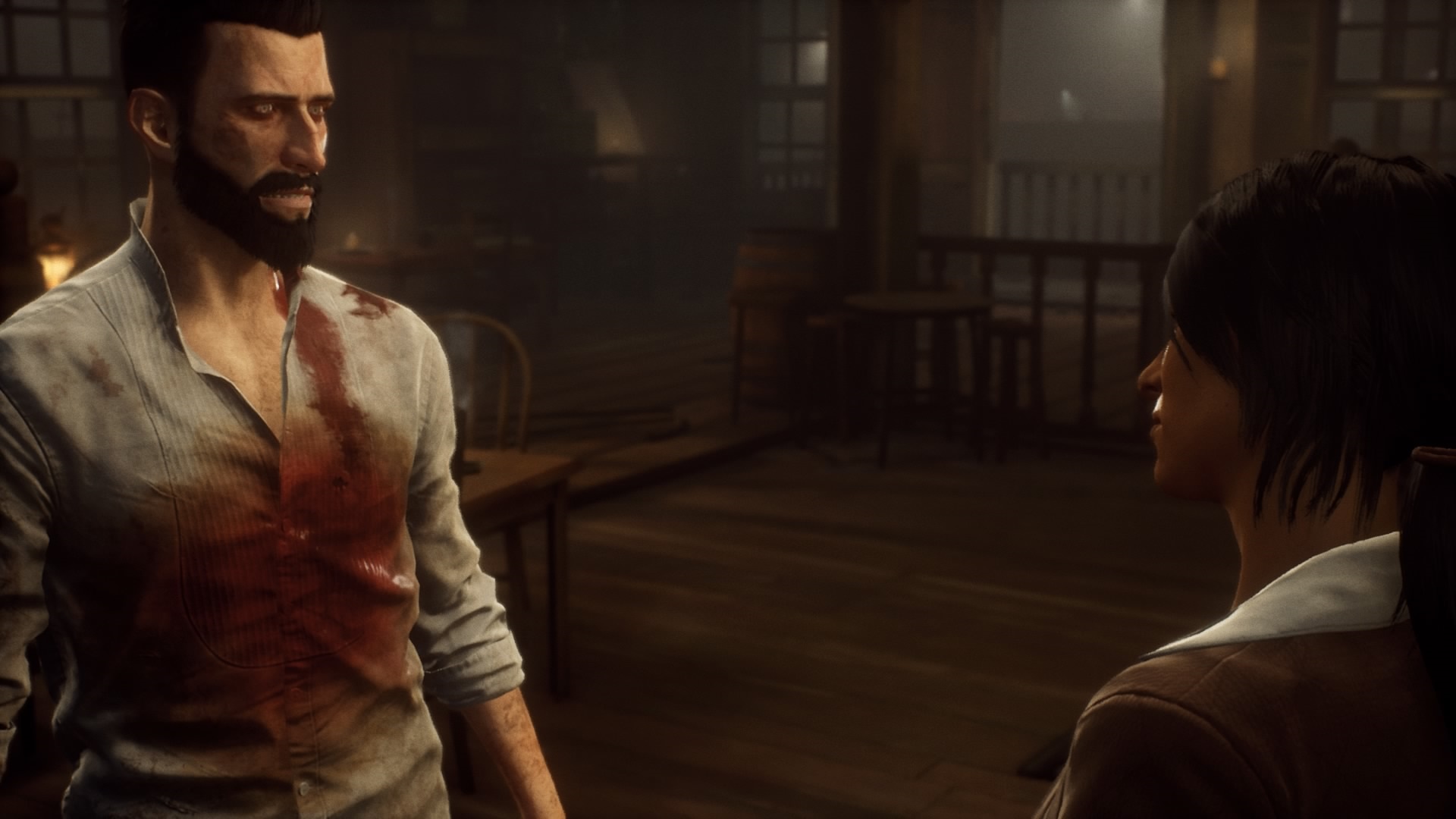 The way Vampyr communicates that Jonathan is a bumbling, stumbling new-born in an underworld he never knew existed is played up in many ways. From the start of Jonathan’s turn he finds a voice in his mind urging him to embrace what he has become. At the same time the game will subtly communicate (or loading screens) that the fastest way to become stronger is to fully embrace a character as nourishment. This doesn’t mean any random NPC found on the streets, this means building up the relationship understanding the heart of the person to fully benefit from taking their life to sustain Jonathan’s. The first time Jonathan embraces someone is a dramatic moment. Vampyr is excellent in conveying the intensity of feeling that this action might cause and it’s haunting. Once more, the more the player embraces the nature of what Jonathan has become, the more decisions seem to be easier to make…until one of those decisions comes to bite you back in a hard way.

With each district in Vampyr comes a number of individuals going about their lives while trying to live through the epidemic sweeping through London. Some of these people are scoundrels, others are trying to get by, some attempting to find love and some want to profit of it all. Think of a personality type and they probably exist somewhere in Vampyr. Along with the districts and the people inhabiting them comes a Pillar for the district; a person who is the center of it all and binds the district together for the greater good. This is where player choice can also severely butt-in and ruin everything Jonathan is trying to save. It’s Vampyr’s nature and ultimately Jonathan’s new nature that can ruin him. 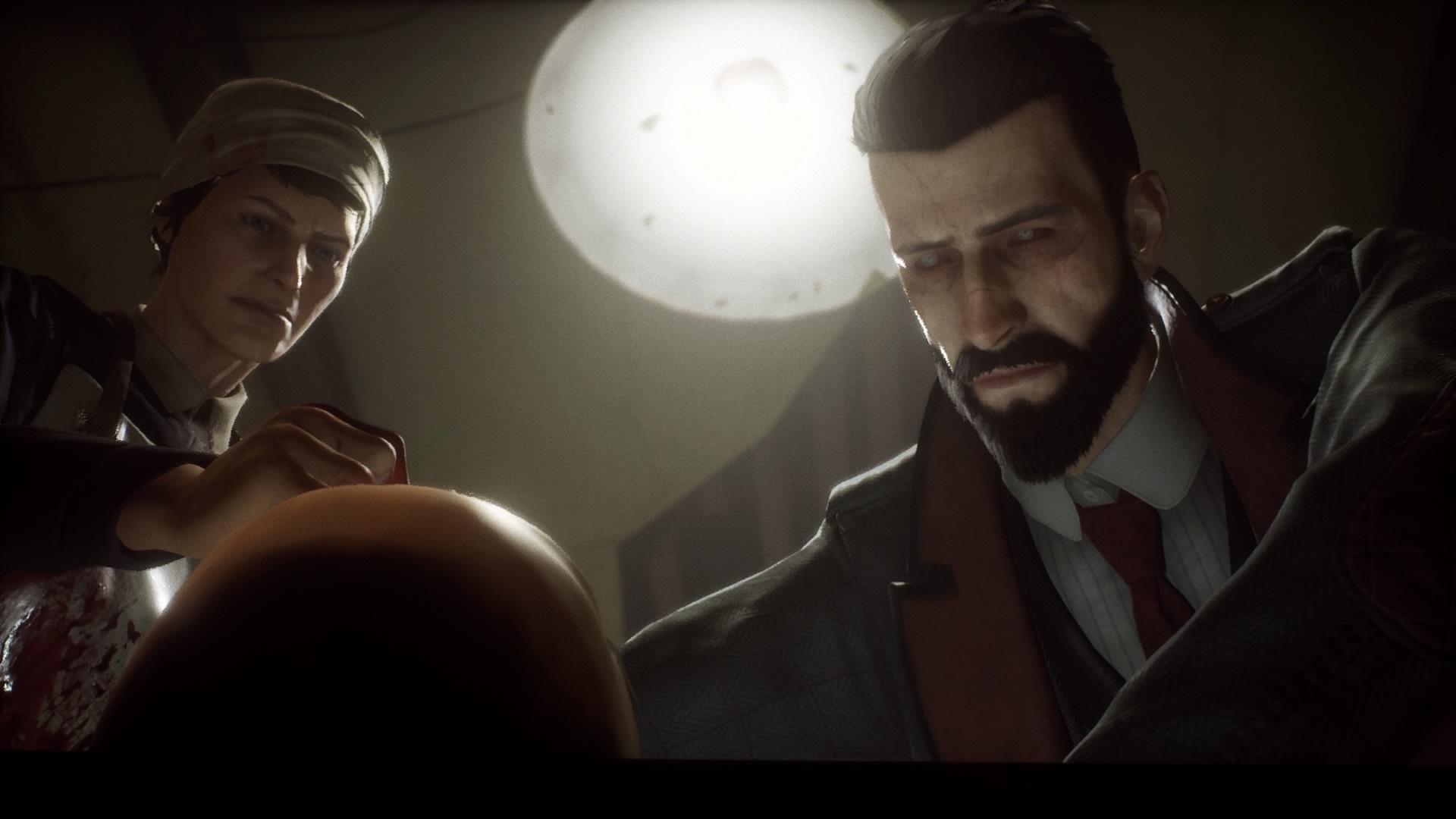 Going off the track for a moment, for anyone who has recently watched Megalobox’s 50th anniversary, having just finished up (it was awesome) an old folk tale makes its way through the narrative thread. The story of the scorpion and the frog is an oldie but a goodie, a short tale that gets right to the point…no pun intended. To sum up; a scorpion is trying to cross a river, ask a frog for help, the frog is nervous about being stung and sure enough gets stung while carrying the scorpion across because it’s in the scorpion’s nature. They both drown.

Back to Jonathan and the streets of London; this exact feeling of stinging without meaning to is going to happen whether the player likes it or not. The consequence of action might be the best thing about Vampyr, being a firm reminder that great RPGs are the ones where player choice doesn’t come out as supremely good or evil but somewhere in the middle which best fits the actuality of most situations. Sometimes doing the right thing is only thinking the right thing is being done. This is exactly what happened in my game and had grievous consequences for an entire district, specifically, one that I was making sure to care for with all my attention.

Avoiding spoilers, the situation of the narrative called for me being involved in a certain district for certain reasons while also understanding the gravity of what was happening in the district. It’s a delicate situation Vampyr puts the player in and no matter what the choice at the end of this story thread, I imagine bad things happen either way, but what I did was maybe the worst decision of all. Finally embracing my vampire nature having fed on an NPC for the first time a few nights before, I was feeling good about being a Vampire. I decided after a lengthy mission that lead me all over this certain district to end things by using my vampire powers to influence an NPC in a certain way to my whim…if I had only known. I went to sleep for the day, leveled up and when I woke up the next night the entire district had completely fallen into despair, all because of my decision the night before. 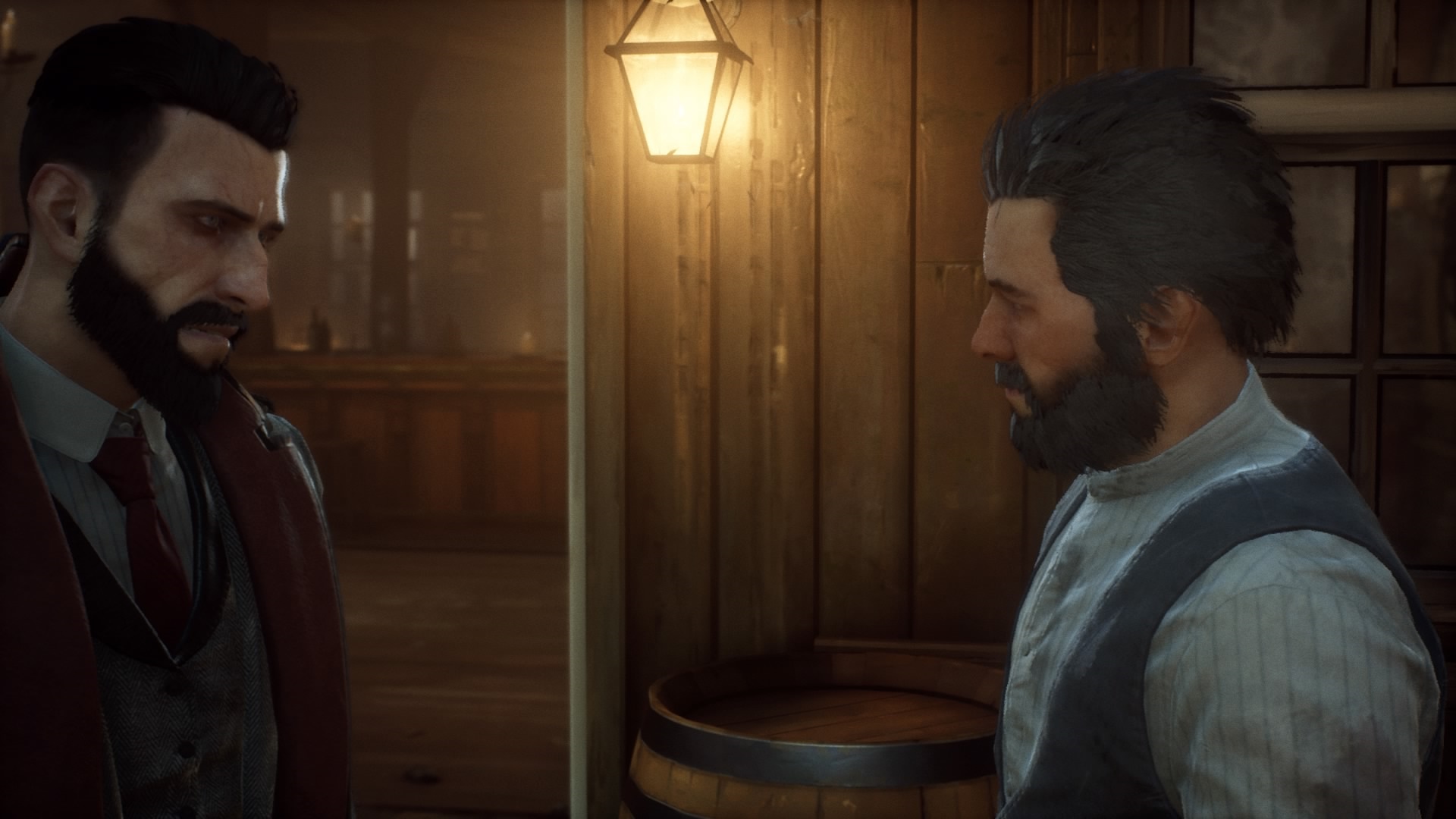 The ramifications of what had been done were swiftly fierce. The pillar of the district now out of the picture (not dead) had brought the district to implosion. The streets were now ravaged with beasts of all sorts, getting through was a fight for survival and the whispering among NPCs had changed completely. It felt sickening knowing that I had brought this district low and it became my mission to right my wrong. The only problem is, if following Jonathan’s vampire nature, won’t he only dig the grave deeper? And that’s the question Vampyr is asking of the player, how far will you go to try and right all the wrong?

Not many RPGs today embrace the gravity of choice; what it actually means to decide and the ripple effect that will play out because of it. The only thing people can do is try their best and this does leading to astounding things happening, but it means having the humility to know that no matter what might be done in any situation it can come with whiplash. Vampyr is a game about chaos and knowing that we don’t know anything no matter how brave of a face we put on. If only more RPGs going forward could be like Vampyr and remember that actions have all sorts of effects both good and bad.