Fall Guys: Ultimate Knockout immediately rose to incredible heights when it launched earlier this month. Average gamers, critics, streamers and YouTubers all seemed to have fallen in love with the game’s hapless jelly beans and their eternal struggle for crowns and Kudos. The momentum hasn’t really fallen-all that much over the past few weeks either; Devolver Digital just announced on August 26 that Fall Guys: Ultimate Knockout (aka Fall Guys) has sold over 7 million copies on Steam and it currently enjoys the number five spot on Twitch.

Really, no game, indie or otherwise, could hope for a better launch period, but autumn is coming and it’s bringing plenty of heavy-hitters with it. Fall Guys is off to a great start, but Mediatonic is going to have to keep adding to it if they want the game to last. Hopefully they’ll consider some of these ideas. 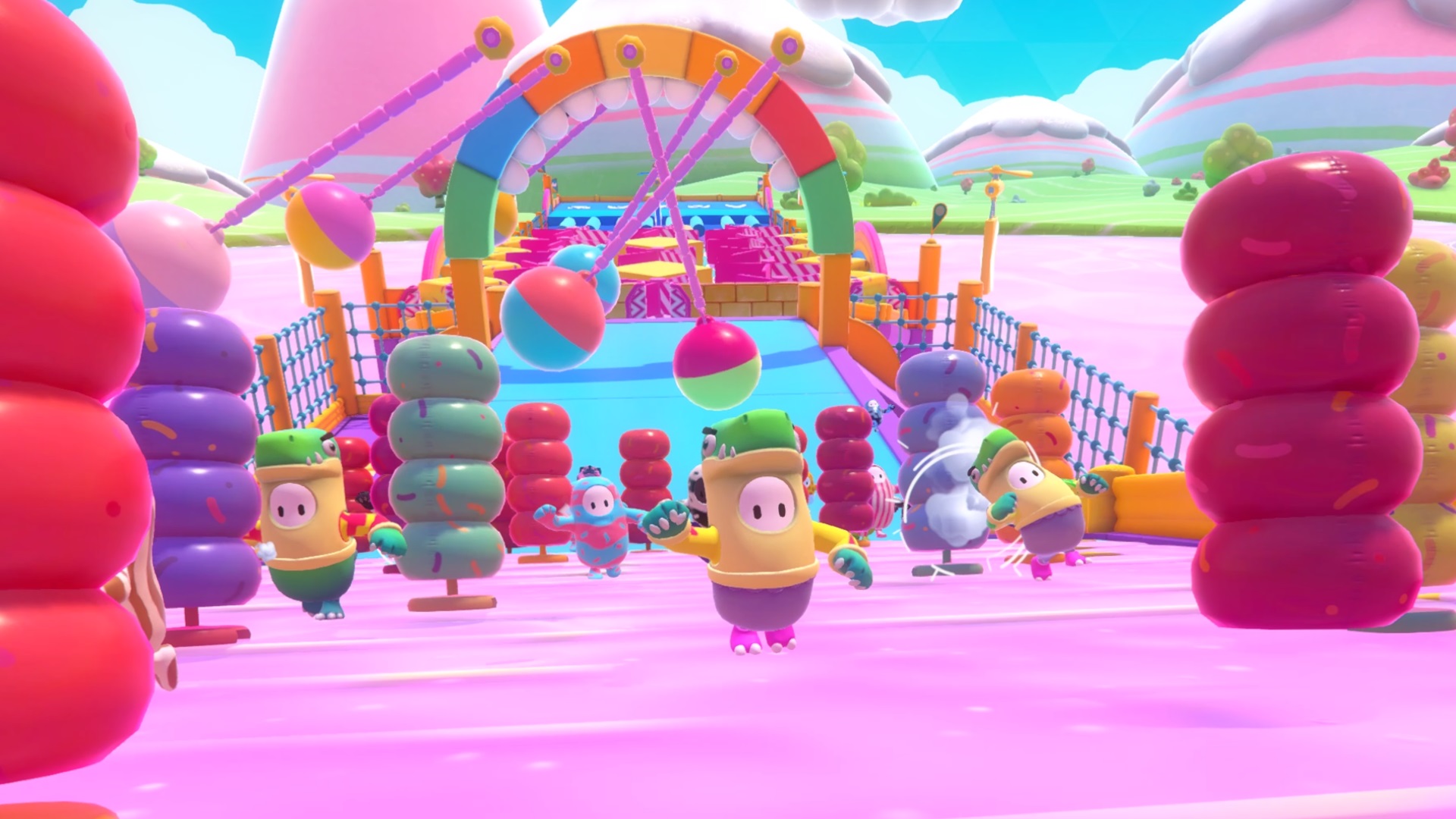 This is a given, but that’s only because it’s probably the most important. Consistent and meaningful new content is the lifeblood of all online multiplayer games, and Fall Guys isn’t an exception to that. If Mediatonic wants fans to keep playing consistently, they’re going to need to find a way to keep introducing new mini-games and maps at regular intervals. Those games will also need to see consistent rotation too; it’s not going to be enough to see a newer one or two times across ten episodes.

Given how much fun fans have been having with Fall Guys’ baseball mascot-esque costumes, this is an obvious one too. The costumes are almost the entire driving force behind the chase for crowns, so it’s only natural that Mediatonic would have to keep adding new ones if it wants players to stay interested. New cosmetics don’t have to be limited to costumes though; they don’t have to be limited to body colors, patterns and emotes either. Mediatonic could take advantage of the spectate feature and introduce things such as nameplates and player titles too. There’s a lot of untapped potential for Fall Guy customization here.

Getting Kudos is nice and all, but there’s one thing that Fall Guys want more than anything else: the winner’s golden crown. Crowns aren’t easy to come by since they’re only awarded to episode winners. This is a good thing; crowns should remain a scarce resource. Offering other ways to earn crowns, however, would encourage players to keep up with the game. Perhaps players could complete extra challenges as they scramble through Fall Guys’ obstacle courses and games. This way players could always be working their way towards a crown instead of relying solely on wins and those included in the season pass ranks. 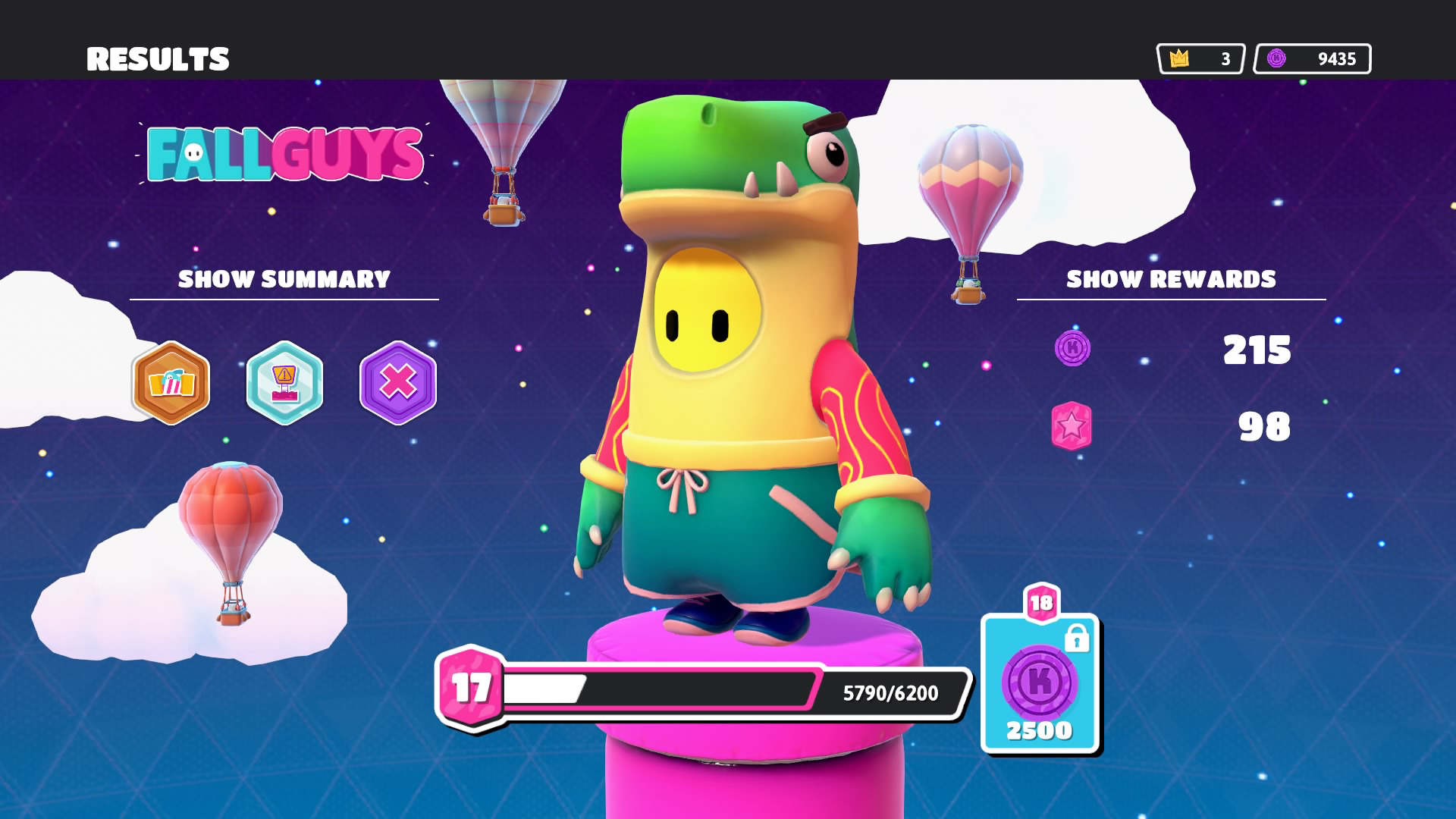 Improvements like the return of Steam names, matchmaking improvements, even teams in team games and some sort of penalty for quitting team games early would all help the game feel better. Mediatonic is already doing a good job of keeping up with fan requests like these and they just need to keep that up. It may be that some of these will even be seen as early as Fall Guys season two.

Fall Guys is supposed be set in a game show of some sort, but there’s little evidence of that in the game itself. Sure there are cameras floating around all over the place, but the games otherwise take place in a colorful vacuum. Adding too much would likely take away from players’ ability to quickly jump into new games, but little dashes here and there would be nice. Things like an MC to announce the winner, episode highlights and even just branding for the fictional game show would all contribute greatly to a great sense of place within the Fall Guys universe. 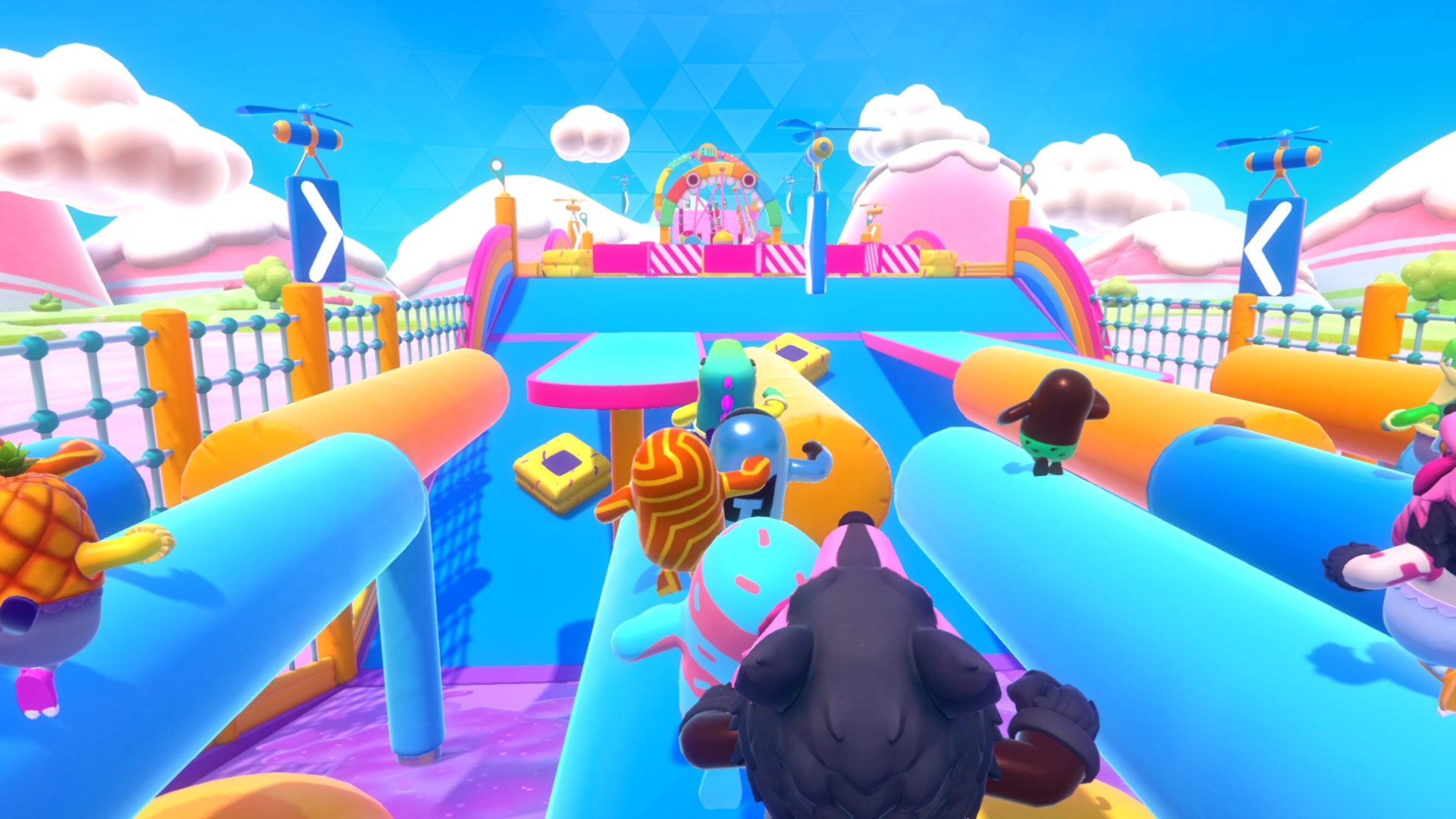 Fall Guys: Ultimate Knockout is a great game that’s off to a great start. It has most of the important fundamentals down already, so now it’s just a matter of keeping players interested. Mediatonic is already doing a decent job of teasing Fall Guys Season 2 and they’ve been proactive about listening to fan feedback regarding fixes for the game. Indeed, the developer appears to be committed to doing everything they can to keep Fall Guys fun and interesting in the long term. So long as they keep it up and do more than just trickle out new games and costumes every so often, there’s a good chance that many gamers will still be chasing crowns well into 2021 and perhaps even later.