EA and DICE’s Star Wars Battlefront has been out on store shelves for a couple of months now and has been met with mixed responses from fans of the older installments and newcomers alike. The majority of feedback regarding the game has been mostly negative and with For Honor on the way, we can’t help but think it gets everything Battlefront does wrong right.

For Honor is a competitive third-person multiplayer battle game similar to Star Wars: Battlefront with some differences. While Star Wars: Battlefront is a multiplayer first- and third- person shooter, For Honor is a third-person melee fighter mainly due to the obvious fact that the time period For Honor is set in revolves around medieval sword play rather than futuristic blasters. Either way you choose to cut-it the two games boil down to doing basically the same thing; battling it out with NPCs and human players alike on a open battlefield. 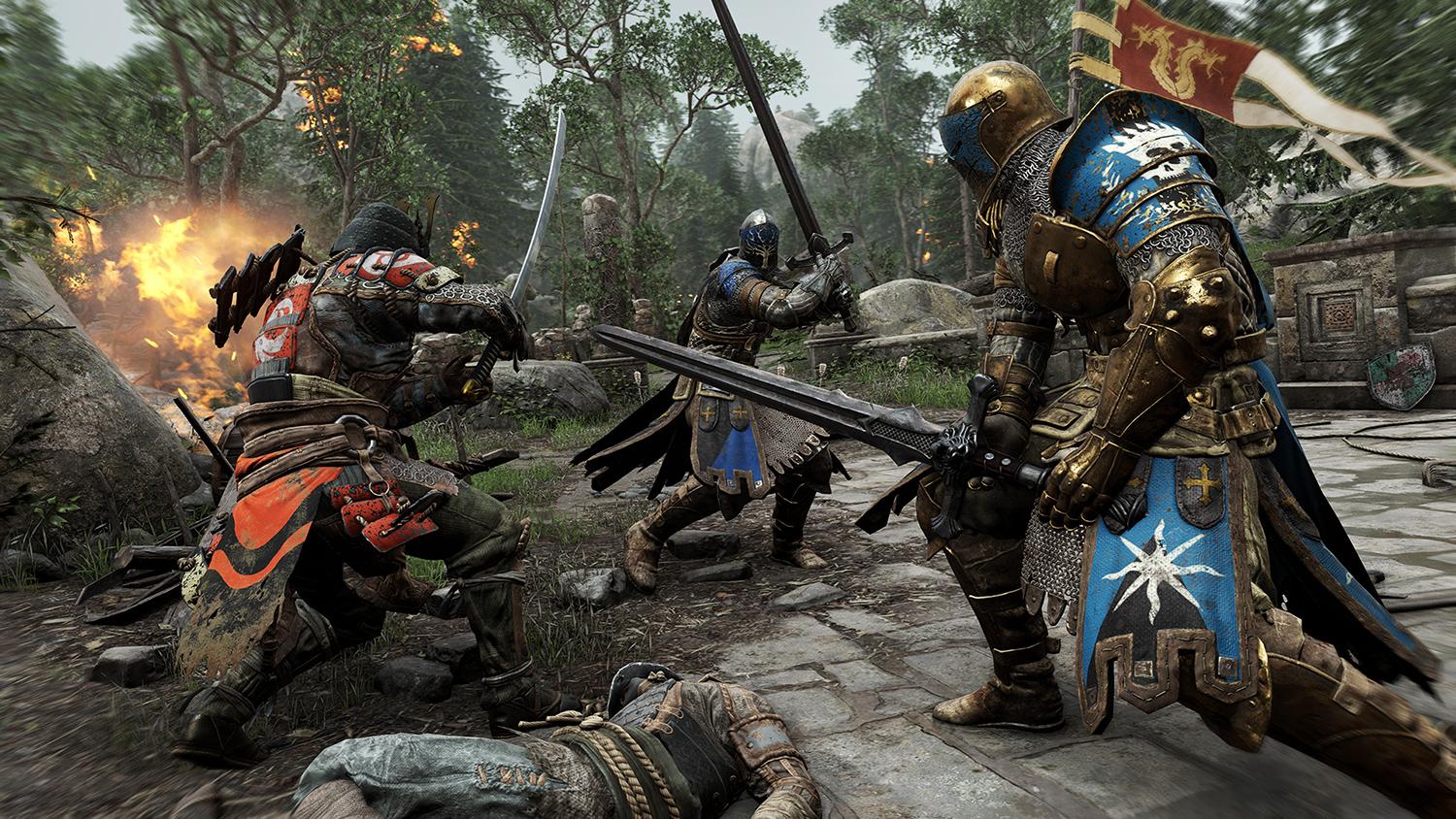 Even though the two games are similar to one another and mirror a few core features, they’re also different. To start off, we have Star Wars Battlefront the Battlefield clone with a Star Wars skin over it. The core gameplay is simple you and your team face off against forty other players in large scale battle modes such as Control Point Defending, Capture the Flag, Team Deathmatch and a variety of several other different game modes. That’s all well and good, but the majority of the game is rather bare and you spend most of your time in an endless grind to level up and access all of the cool weapons it has to offer. Not too different from the normal run-of-the-mill multiplayer shooters out there and there’s no doubt that For Honor will probably feature all or at least a few of these modes itself.

Nevertheless, Battlefront is also missing a lot of key features that go along with many AAA multiplayer games. The multiplayer’s progression shortcomings put a heavy burden on the single player offerings (or rather the lack thereof), but when gamers asked Stephane Cardin regarding its single player, he responded “one of the big questions we receive is about a solo campaign, we said that we will have a single [-player] campaign, and I can promise you that we will have a solo campaign.” Although For Honor is mainly being featured as a multiplayer game, Ubisoft knows that gamers also enjoy well thought out single-player features when they get bored of multiplayer or simply just wish to take a break from it. Although we don’t know exactly what is going to be offered in For Honors single-player we do know it will be more than we were given in Battlefront which only offers its players in “single-player mode” a tutorial, five training missions, an AI battle on each of the four planets and a standard wave-based survival mode.

On top of having both multiplayer game modes and single player modes, For Honor will also redefine the way we experience swordfighting in gaming. For generations gaming has been able to capture our hearts and mind with film worthy storytelling and days worth of engaging gameplay, but the one thing it has always failed to capture is the imitation of true sword combat. For Honor has promised its players that its melee combat will make you feel like a true swordsmen, once locked in to combat the left analog stick will be used to control your fighter while the right analog stick will serve as your sword stance. While on the defense, players will have to match their opponent’s sword stance to deflect their crushing blows, and when players go on the offense, they’ll need to anticipate their opponent’s attacks and try to choose a different sword stance in order to break through their block.

Compared to For Honor, Battlefront’s lightsaber controls feel like a fury of smashing buttons faster than your opponent to win. The second issue with the lightsaber sword combat is the frustrating occurrence of attacking your opponent and ending up with your back facing them after you input your attack and lunge too far forward. For Honor will change the way we approach sword combat and set a new standard for Battlefront 2’s approach to lightsaber battles.

For Honor has all the trimmings of any Call of Duty or Battlefield game with the twist of replacing gun play with sword combat. For Honor is by no means a new game; it’s your typical multiplayer shooter without guns, but the attention it pays to its core gameplay mechanics and features will deliver fans of the genre a complete, well-rounded game. We are confident that after players get their hands on For Honor once it releases, they will agree that this is the game Star Wars Battlefront should have been.