For many gamers out there, one of the most interesting things to do in any game is figuring things out. How to proceed, where to go, how to get a treasure or complete a combat trial can all be compelling puzzles if handled well. Many games do handle them well too such as The Legend of Zelda: Breath of the Wild, Phogs! and God of War (2018). Not all of them are puzzles games, but they give their players plenty of interesting puzzle-like challenges to work through.

God of War: Ragnarok could have been one those games too, but unfortunately the way it handles its puzzles is one of its few missteps. Indeed, most of the “puzzles” in the game could have been fun and interesting if players were allowed to solve them. Unfortunately, though, players aren’t even given the chance most of the time, making God of War: Ragnarok the latest member of video gaming’s Pointless Puzzle Club. Seriously, why bother designing puzzles if the plan is to immediately give away the solutions?

To start, yes, there are lots of players out there who want to enjoy a game like God of War: Ragnarok without having to deal with puzzle-solving; some people just don’t like it. That’s fine and there’s nothing wrong with having a system in place to help them just get through them in order to quickly get back to the parts of the game that they find the most interesting. That said though, such a hint system should be an opt-in sort of thing rather than a mandatory feature. Why? Well, because making it mandatory completely undermines the point of having puzzles in the first place. 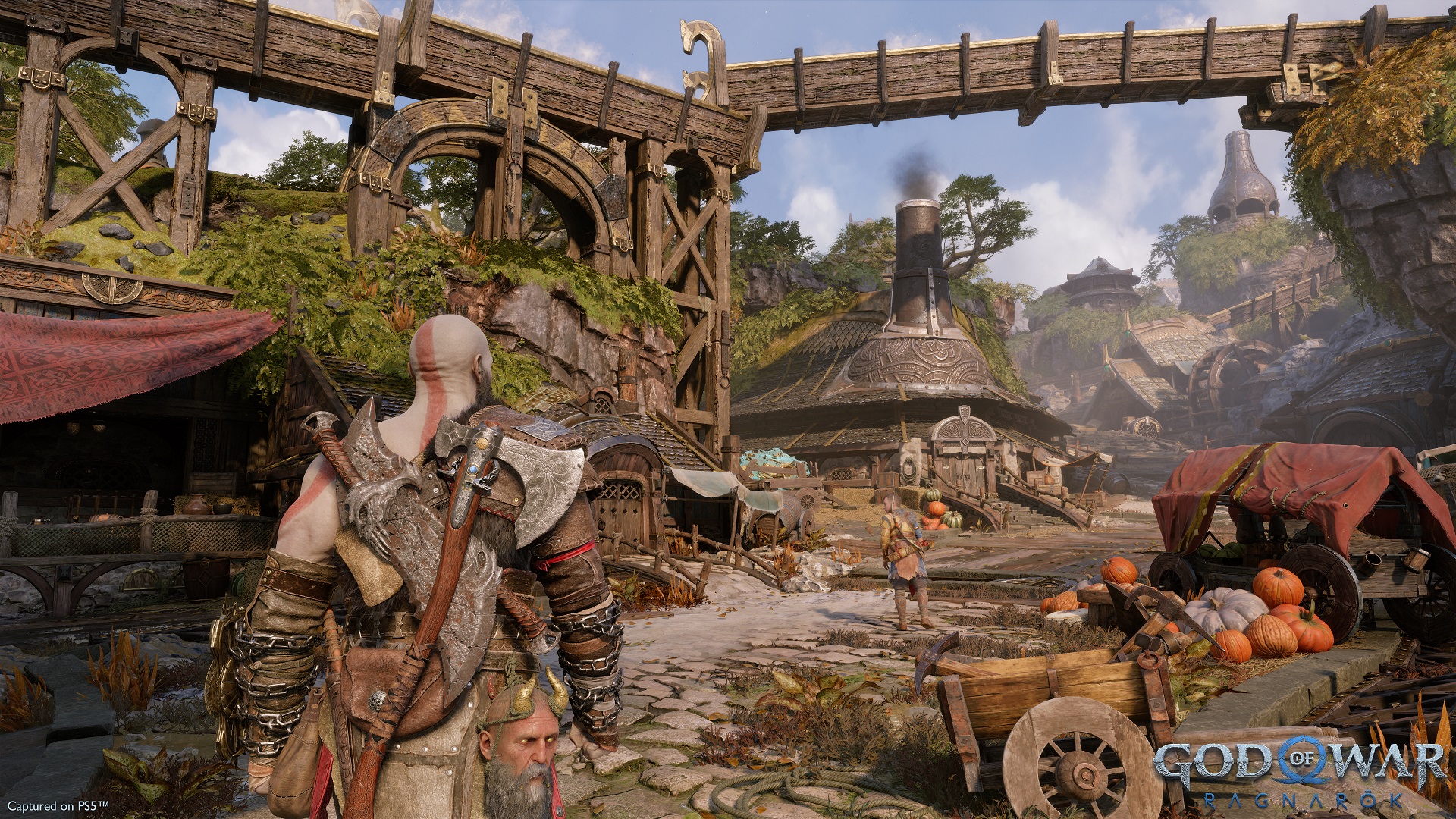 God of War: Ragnarok, an otherwise absolutely fantastic game, suffers from this problem throughout the entirety of its runtime. No sooner is a puzzle found that Atreus and Mimir are shouting directions at the player. “Look up there!” “We need to freeze the other spot!” “I bet it’ll work if you bounce your axe off of this” and so on. They simply will not let the player take stock of the situation and come up with their own ideas most of the time. There are exceptions of course, but this constitutes the majority of the game’s “puzzle-solving” experience. Are we here to enjoy playing a game or are simply taking a guided tour?

It’s the same for bigger puzzles like the treasure hunts too. Upon picking up a map, players are greeted with a great sketch and description of the burial site, creating the expectation that they’ll have to scour the realms to find the matching spot. But no, they actually don’t have to do anything. All one has to do is simply open the game map and look around for a new “Buried Treasure” counter in one of the sub-regions. After that it’s just a matter of going there and looking for a new, glowing mound of dirt that wasn’t there before. So much for a fun treasure hunt across the nine realms, eh?

This overbearing amount of “help” turns what could be one of the most enjoyable parts of the game into little more than tedious busy-work. If the game isn’t even going to wait all of thirty seconds before giving away the solutions, then there might as well not even be puzzles at all. Just make them into additional combat encounters instead; at least that way the player can feel like they earned the rewards through gameplay and their own skill. 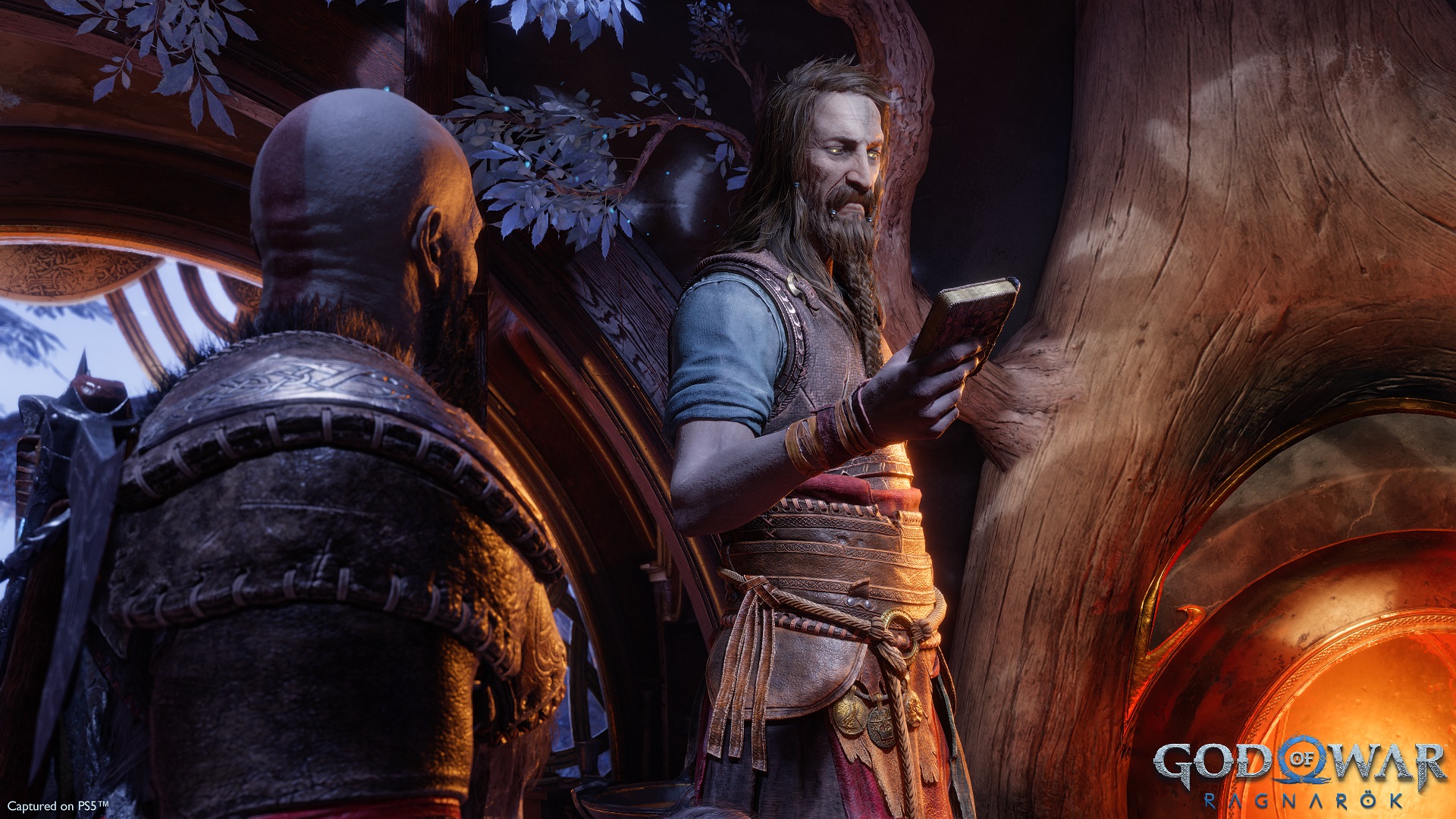 On a lesser note, this sort of handholding has a way of taking one out of the experience. Yes, it’s still Kratos who’s being directed, but both immersion and flow still get broken by this. From a story perspective, Kratos has, time and again, proven himself to be an intelligent person. What’s more, he’s already been through one adventure filled with these sorts of puzzles. Would his allies really think so little of him that they’d immediately start shouting directions at him?

As for game flow, there’s nothing quite like constantly having directions barked at you to break one’s senses of fun and flow. It’s like the game is broken into segments. The combat and general wandering/exploration is the fun segment, the part in which players are free to enjoy the gameplay and story as they please. To encounter any sort of puzzle though is to get pulled into the “shut up and follow directions” segment. “There’s no thinking allowed here. Just hurry up, do what you’re told, and we can all get through this as painlessly as possible.” It completely spoils all the potential fun of the puzzle and the wonder of the location it’s in.

Again, there’s nothing wrong with having a system in place to help players through potentially challenging portions of one’s game. Some players actually do need the help, and many others just don’t like that sort of thing. Making that system mandatory completely ruins those portions of the game for players who enjoy such challenges and would very much like to work through them themselves, to the point that such content might as well not even be there at all. In other words, if a developer is going to go through the trouble of designing content like puzzles and treasure hunts, they should allow players a chance to actually engage with it. If not, then the game might just be better-off without it.