Halo: Reach has been available to play on Halo: The Master Chief Collection for a little over a week now and it’s made for a fun experience so far. Seeing the game run at 60fps in modern high-definition is a treat for someone who’s a fan of the original, as is the return of its signature gameplay. Indeed, Halo: Reach on Halo: The Master Chief Collection (aka the “MCC”) is an excellent recreation of Bungie’s final foray into the Halo universe; it’s not perfect though. The most important aspects of the game have indeed been carried forward into the MCC, but there are a few differences present which prevent the newly-revived Halo: Reach from living up to the original.

Progression in MCC Halo: Reach is accomplished the same way as it was in the original; all one has to do is play the game. As games are completed, players earn points; earning enough points results in a rank increase and the opportunity to unlock new cosmetic items. There is a difference though, and it’s mostly one of visibility. Rank insignia and cosmetics are much less visible than they were in the original Halo: Reach. Currently, rank can only be seen in the pre-game lobby and armor is only visible mid-match. No can get a good look at another player’s Spartan, nor are they able to see their friends’ progress in their service records. The whole point of ranks and cosmetics in online games is to show-off, so being unable to do that heavily undercuts their appeal. This has been an issue for the MCC as a whole since day one and the hope was that 343i would do something about it once they added Halo: Reach. Unfortunately, they have not, and the MCC is still lacking any meaningful sense of progression. At least they nailed the all-important gameplay. 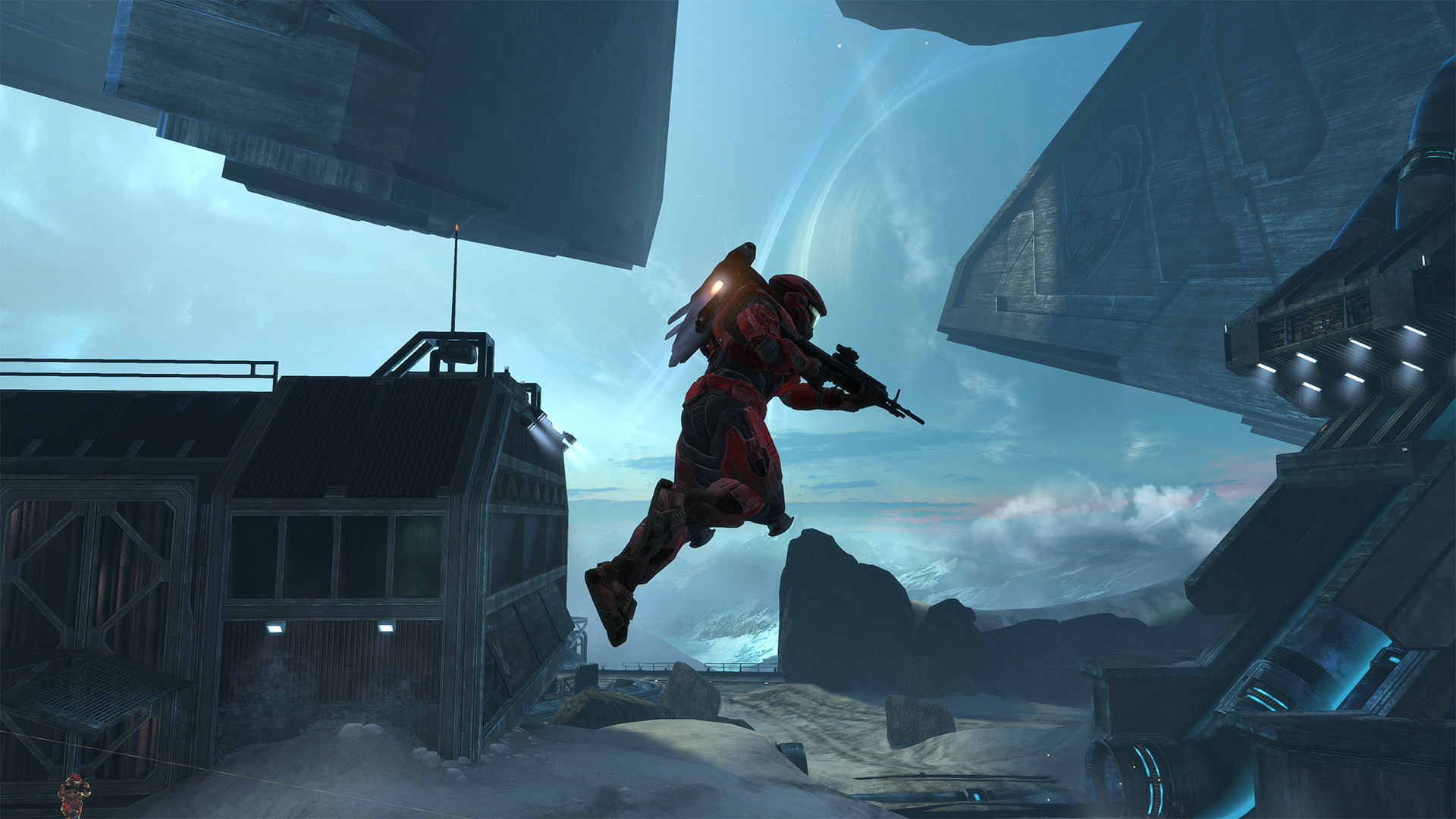 The MCC’s version of Halo: Reach plays about as well as one could hope. Its updated visuals are a sight to behold, and its upgraded frame-rate is just as much of a boon to Halo: Reach as it is to all the other Halo games. Aside from this, the game itself is almost exactly what it was toward the end of its lifespan. Truly, Halo: Reach on the MCC is an overall good place in terms of gameplay; there’s just one little issue though: map weighting. There’s a noticeable bias towards the Anniversary maps when playing in modes like Team Slayer or Big Team Battle. These are great maps, but having Ridgeline and Solitary pop-up over and over again means players aren’t getting much opportunity to enjoy other great classics like Highlands, Countdown or the Forge World maps. This might be due to the original Halo: Reach heavily favoring those maps towards the end of its run, so hopefully 343i will look into rebalancing the weighting sometime soon. Then again, the MCC has always favored certain maps over others so this might just be another legacy issue.

It’s not a perfect recreation, but it’s still incredible to be playing Halo: Reach online again. Adding Halo: Reach to Halo: The Master Chief Collection was a real challenge for 343 Industries, but they delivered nonetheless. This is Halo: Reach revived for the modern day and it’s excellent in all the most important ways. Really, all that’s keeping this modern iteration from surpassing the original is a couple of minor issues. If they eventually get addressed, then 343i will have delivered the complete Halo: Reach experience fans were hoping for.