Although many other series over the years have tried, there’s nothing else out there that quite matches the utter feeling of Animal Crossing. It has a power to it that sucks people in to play for days, even years, and still continue to enjoy it along the way. Having gotten a Switch OLED earlier this year I opted to keep my older Switch model as well, and in turn allowed my Grandmother to use it in order to play Animal Crossing for the first time. A big part of this was because she wished to play more games with her grandchildren, of whom all three of us enjoy partaking in Tom Nook’s ever growing island empire. Upon teaching her the basics along the way, it made me realize just how much Animal Crossing can make for some of the best experiences in gaming.

A little background on my Grandmother who is now a youthful 73 years of age. She remembers fondly going to the arcade and playing Tron, Ms. Pac-Man and many others. Managing to get high scores mostly because she had a lot more quarters than the ten-year-olds also playing games. She worked as a computer programmer for years later in life, but never played much home console gaming until her grandchildren came around. Even then it was mostly watching us rather than participating herself, unless someone forcibly handed her a controller in which case the amount of buttons usually ended up being a tad overwhelming for someone who hadn’t really played before. Fast forward to this past month when I started up a new Animal Crossing island just for her and handed her my switch pro-controller to start using. What followed was a lot of her lifting up her glasses to double check that she was pressing the correct button, and me having to do my best to resist trying to do everything for her as she slowly learned to use a modern controller for the first time. This was the first major hurdle in starting Animal Crossing, and it had less to do with the game itself, but was the perfect starting point for what was to come. 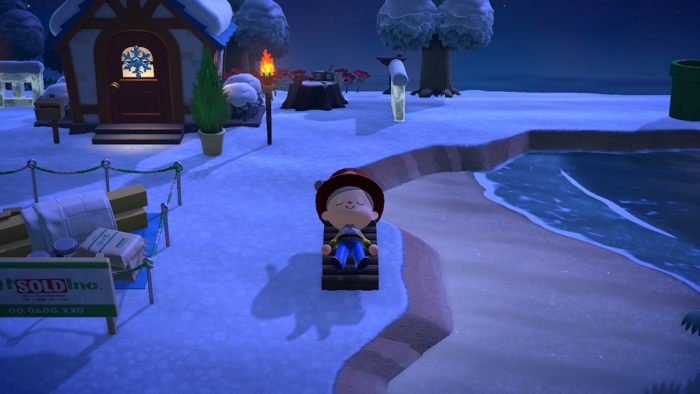 There’s multiple reasons I opted for Animal Crossing in favor of any other titles for my Grandmother. For one, it’s the game all her grandchildren (and all of her daughters as well) enjoy playing, making it accessible for her to enjoy it with them all. The second is that Animal Crossing gives the player no pressure whatsoever while playing. There’s no bad guys to fight, no time limits and just no rush to get things done quickly. Players choose the pace they play, and that’s perfect for a retiree like herself starting out on their Animal Crossing endeavor for the very first time. The first day there was a slew of questions, what does this do, what button do I press, where do I go next, which is exactly what I suspected would occur. At the time she really just wanted to play with her younger grandchildren, but the following days her interest began to grow. The only other game my grandmother plays on the regular are various versions of Solitaire and Pokemon Go, and while she was looking for something else to enjoy, I’m not sure she realized it would end up being Animal Crossing at the time. As we started up her island, her first home and getting more items it felt like she was starting to get the hang of things. Then she was stung by her first wasp and received a massive bill from Tom Nook for her house and reality crashed down a bit on the peaceful life she might have been expecting.

The past week has been a charming experience. I wake up and usually hear Animal Crossing sounds coming from the living room. I’ll sit down in the recliner beside my Grandmother and she might have a question or two about some new thing she’s discovered or is wondering about, and then watch her go about her day in Animal Crossing. She still struggles a bit with analog stick movement, or rather moving to a precise location, but that’s realistically how everyone started playing games so it’s been quite the experience see her improve every single day. She enjoys doing her walks of the island while gathering wood, picking up seashells and hitting balloons that float by. She gathers up any fossils she finds and catches fish or bugs along the way. Just the other day she met Redd for the first time, and was lucky enough to get her first real painting for the museum which was none other than the Famous Painting (Mona Lisa, specifically). Every day is a brand new activity and adventure and even if I’m asked the same question over and over again I never get tired of watching her learn to play something entirely new for her. Things I’ve done hundreds of times in Animal Crossing before have a new twist in her eyes, and it’s interesting to see how someone else approaches things. I enjoy watching her decorate her house and comment on the fact that she’s not fond of the tacky Rhino that’s soon to move onto her island. She gets frustrated when she misses catching a fish in the water and deeply sighs when she gets another Sea Bass or Horse Mackerel. I find myself shocked how much I forgot about the beginning of New Horizons because I had rushed through it to get to tons more content, so getting to experience it again through someone else taking it much slower has made for warm memories. Not to mention just spending time sitting besides my Grandmother and chatting about whatever comes to mind at the same time. 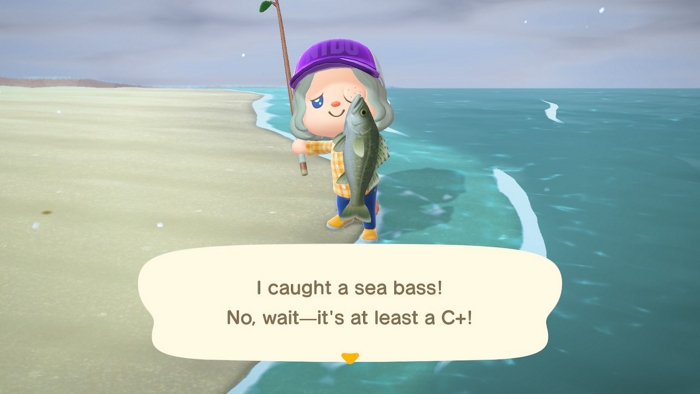 There’s a ton more for my Grandma to discover from here on out. Some I’ll be around for, and moments I imagine I’ll hear about later as she comes across them. Although many players have moved on to other titles as the gaming sphere never stops, it’s an unbelievably wonderful experience to see someone start up Animal Crossing for the first time and make precious little memories along the way. I still regularly play a slew of different games day to day, but when my grandma is sitting down with Animal Crossing I find myself also pulling out my Switch and playing in handheld mode besides her because it’s a fun experience to just sit back and relax. There’s no other game quite like Animal Crossing, and I’ve made wonderful memories and experiences with New Horizons watching my Grandmother play for even just the last couple weeks that I wouldn’t trade for the world. Watching her change into pajamas before she gets into her Animal Crossing bed to save the game for the night is something I never considered, and I feel luckier having that soft memory. It made me appreciate how well designed it truly is, and how much thought and effort went into making it a relaxing but wonderful time doing the most simple activities. No matter how anyone feels about Animal Crossing in particular, it’s a game like no other that makes unique memories to last a lifetime.