Unlike its RPG predecessor, combat takes center stage in Persona 5 Strikers. It’s not the only thing fans will be doing as the story unfolds; this is definitely more Persona 5 than it is Hyrule Warriors, but players will still be spending a lot of time fighting their way through shadows. Several avenues exist for making these encounters easier: character building, exploration planning and tactics. Of these, tactics will perhaps be the most important since even strong characters can lose spectacularly if poorly used. So, when time comes to remind those shadows why they shouldn’t mess with the Phantom Thieves of Hearts, keep a few of these tips in mind.

Always Start with a Surprise

For the most part, Persona 5 Strikers lets players decide when battles begin. One cannot necessarily avoid all battles since some shadows block critical paths and some encounters involve defending an area for a couple of minutes. Still, the ball is in the player’s court most of the time. So instead of just running up to the enemy and starting the battle, try catching them by surprise. This way the battle can be started-off with all enemies knocked down or even with an instant all-out attack. One won’t have this option against bosses, but it’s devastating in normal fights. 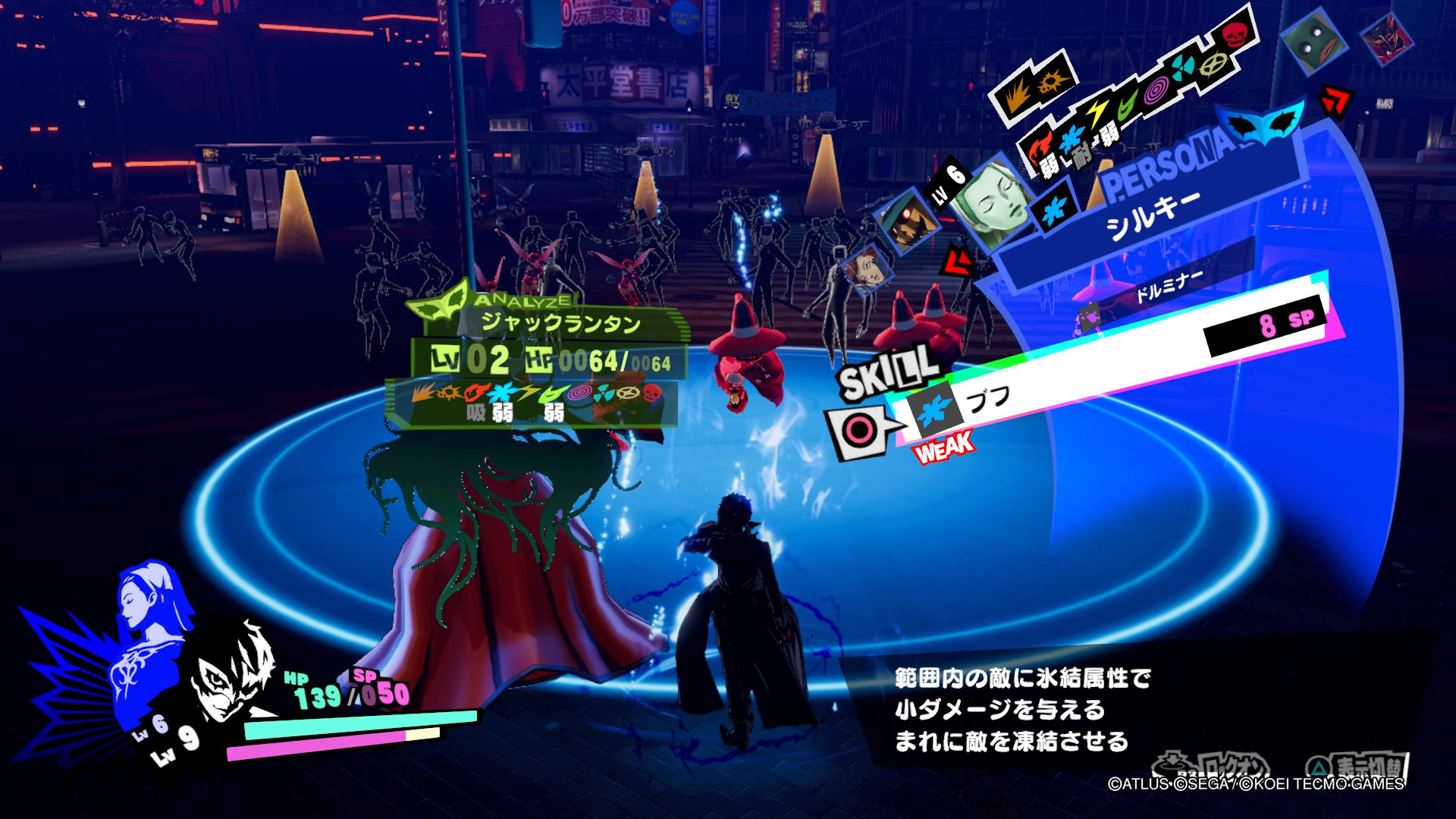 Fights against strong shadows and bosses often involve wearing down large, strong shadows while managing many small mobs at once. It can be difficult to avoid being overwhelmed, but one must remember that those small mobs aren’t just there to be annoying. For the smart phantom thief, the small enemies are actually effective tools for bringing down the boss-level shadows. See, all shadows have some sort of weakness. These weaknesses are difficult to exploit on bosses, but not on weak enemies. By exploiting their weaknesses, weak enemies can be quickly knocked down and an all-out attack can be launched.

All-out attacks don’t just damage their primary target, though. In fact all nearby enemies take a bit of damage too, strong shadows included. Thus, always make sure to position small mobs near the boss enemies before knocking them down and launching the big attack. This way you can get some free damage against the powerful shadow and whittle down more of its defenses at the same time. Do this enough and they themselves will become vulnerable to an all-out attack. 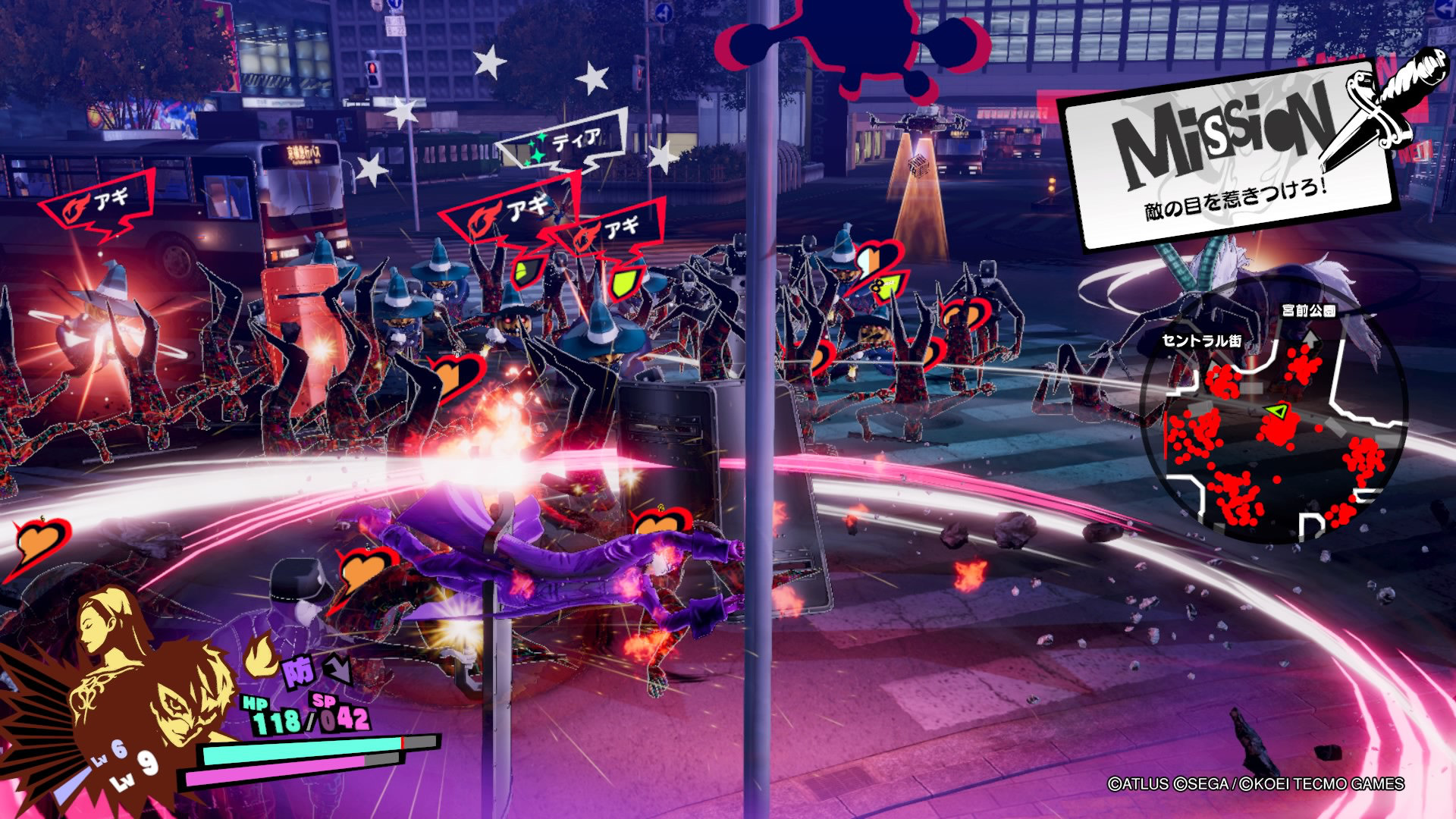 Use the Environment (Carefully)

Many of the battlefields in Persona 5 Strikers have some sort of environmental feature that can be exploited and used against the shadows. Some of these can be used as many times as one wants, but usually these are limited-use features. When fighting bosses or major enemies, they will usually be weak against these environmental features, and that makes such features valuable; don’t just spam them. They typically do decent damage, but their real strength is in breaking through enemies’ defenses. Try to use them when the enemy defense gauge is low (or cracked), as it’ll usually be enough to break their defense at that point and open them up to an all-out attack or even a Showtime special.

While exploring the shadow world in Persona 5 Strikers, players can have three other characters accompany them as they move about. All of these characters can be directly controlled, so it’s a good idea to get familiar with their moves and combos. Even more importantly, prompts will often pop-up in battle asking the player to quickly swap to a different teammate in order to perform special attacks or “1 More” combos against enemies.

These are helpful in the tougher fights, so always change when prompted. One should be changing characters anyway, since it creates more opportunities for these sorts of combos. Joker may be the most versatile member of the team, but that doesn’t mean he should be doing all the work himself. Baton-passing to other party members also grants buffs like increased damage or a fast-charging Showtime gauge. Really, this is too powerful a feature to ignore. 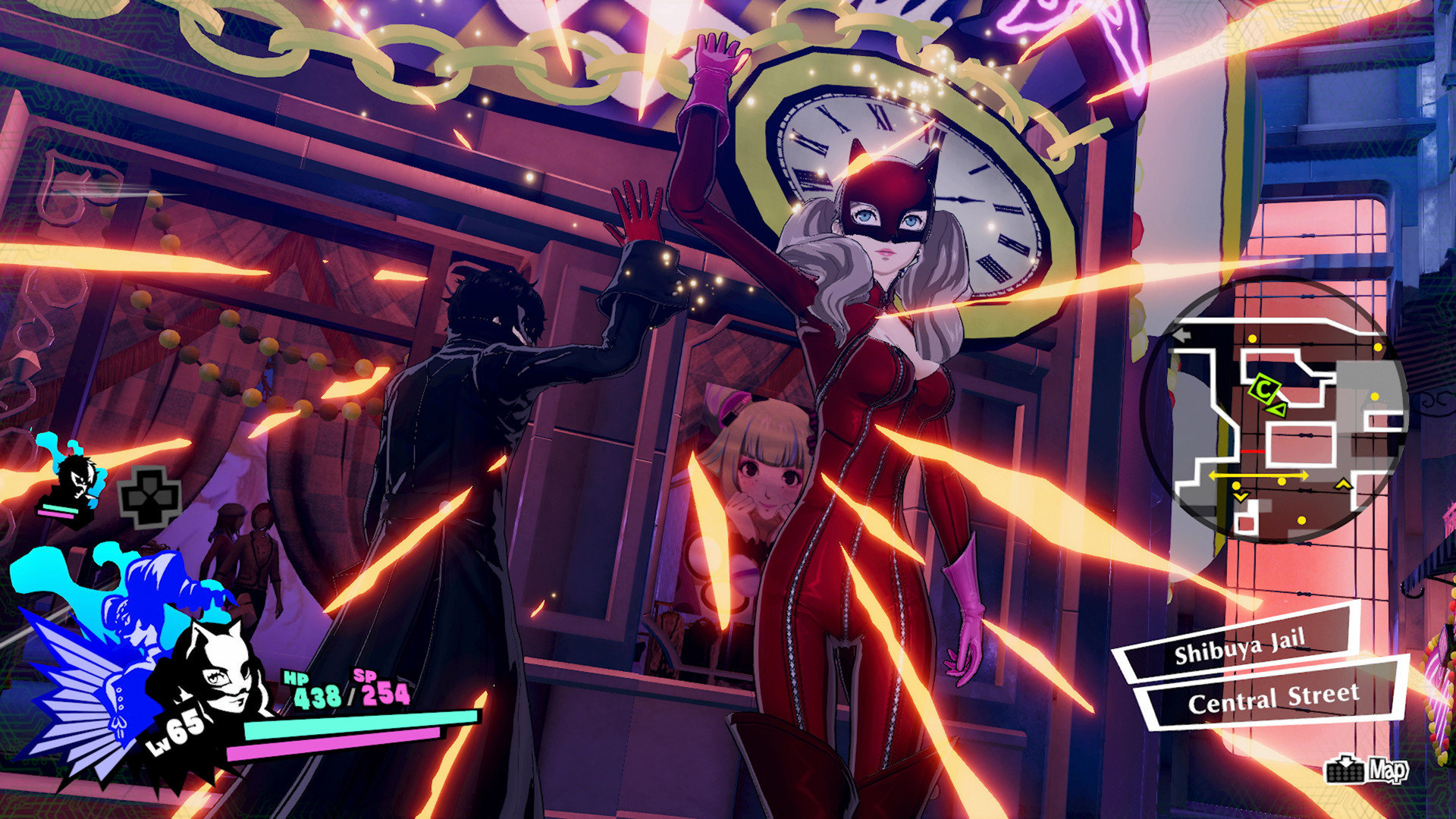 Each character has their own “Showtime” meter, which slowly builds over time across multiple battles. Once it’s full, players can launch one “Showtime” attack whenever they want. A “Showtime” is a much more powerful version of the all-out attack and it can be used to devastating effect against most boss enemies. It doesn’t matter if the enemy is knocked-down or not, a “Showtime” will do a lot of damage either way.

Even so, it does do more if the enemy is already knocked-down or otherwise weakened, and it can really do work if used to follow-up a standard all-out attack. The only problem with it is that the meter is small and located next to one’s character portrait. It doesn’t stand out much, so it can be easy to forget that it’s there. Make sure to make a habit of glancing down at it every so often, otherwise one may wind up struggling through battles that could’ve been easily won.

By keeping this all in mind, most encounters in Persona 5 Strikers should pose no problem. One will likely still need to get creative during boss encounters, but these tactics should still give one a healthy and much-needed advantage. Just like Persona 5, this game rewards careful actions more than it does blind rushing. So long as one doesn’t just run in and blindly wail on the enemy, victory shouldn’t come with too much difficulty.