Editor’s Note: This article contains spoilers for Tales from the Borderlands.

If there’s one thing that I love in my video games, it’s a cute and cuddly character that manages to make me smile whenever he or she does anything. In the case of Tales from the Borderlands‘ Gortys, the piece of Atlas technology that protagonists Rhys and Fiona use to locate The Vault of the Traveler, her metal exterior wouldn’t make for the greatest cuddling experience, but this does not detract from the adorableness level whatsoever. Yeah, it would be awkward and cold to snuggle up with a rolling robot (maybe this cuddling cute things obsession needs to end before this paragraph is over), but when you take a look at that face and listen to that pathetically naive voice, how can you not feel like your entire being has warped into gumdrops and teddy bears? On a more serious note, Ashley Johnson’s voice acting in Tales from the Borderlands needs to be commended, as she has given a voice to what is easily the best character of 2015. Still, all seriousness aside, would you just look at that face? Really, just look at it.

If we are going to consider calling Gortys the cutest character in any video game, then we’d be downright wrong not to bring up a number of the other adorable characters that have graced our screen. Sure, some will point to old-timey characters like Spyro, Kirby or even that cute jumping plumber that we’ve all come to enjoy, but there is way too much cuteness floating around this medium to stop there. You might say that Starfy is the cutest character ever, and that might be a decent point, but when has Starfy ever tried to pull a dead body by the hand out of sheer ignorance to the concept of corpses? 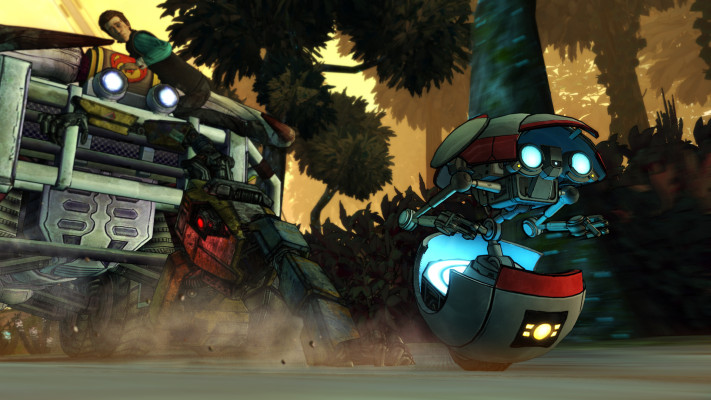 Mr. Saturn looks far too much like my high school lunch lady to even consider giving him the crown, and frankly any creature that ignores grooming that heavily is someone that we can’t even consider to be the cutest character ever. Pikachu could very well kill us if we tried to give it a hug, and Conker is way too much of a womanizing alcoholic to be in this conversation. Considering that’s pretty much every cute character that has ever existed, Gortys definitely has to win by default. After all, this is a rolling robot that occasionally makes a confused face out of LED lights. Is there anything more warm and fuzzy than that? I didn’t think so.

Whichever readers out there are thinking that the abomination that is Bubsy is the most adorable game character ever can simply go away, since we don’t take kindly to your type around here. It’s time to lay praise upon a character that just about made us cry during the final episode of this whirlwind of a Tales from the Borderlands season. What’s more, the most emotional moment of the season, which won’t be totally spoiled, comes shortly after a bunch of adorable dialogue centered around self-doubt, and if that isn’t something that just warms your heart, then you’re a cold, sick person and you should consider taking a time-out.

In closing, all hail Gortys, the most wonderful ball of metal in all the land.