The original release of Mafia II was met with a ton of critical acclaim a decade ago. It followed up on the stellar original with a new plotline that dovetailed into the original game’s ending and explored the world of Vito Scaletta. He’s a good man at heart, but he does bad things to make ends meet and try to provide a better life for his family. The story went back and forth from different points in his life and between the game’s ability to capture the ’40s and ’50s and doing beyond what many open-world games did even now when it came to hand-to-hand combat. It was a bold game that has largely stood the test of time.

The recent announcement of the remaster for the game alongside a full-on remake of the first was met with a lot of excitement. That remake isn’t due until the summer, so until then, players can be tided over with the Definitive Edition of Mafia III that gets you all the DLC or the Definitive Edition of II which gets you all of the DLC and some revamped assets. Not everything has made the transition seamlessly, though. While the CG story portions are even better now, there are glaring issues with the remaster in its early days. The original game was prone to having a few issues here and there, but they’re more pronounced now and the redone assets haven’t been tweaked with the same level of care as the original game. 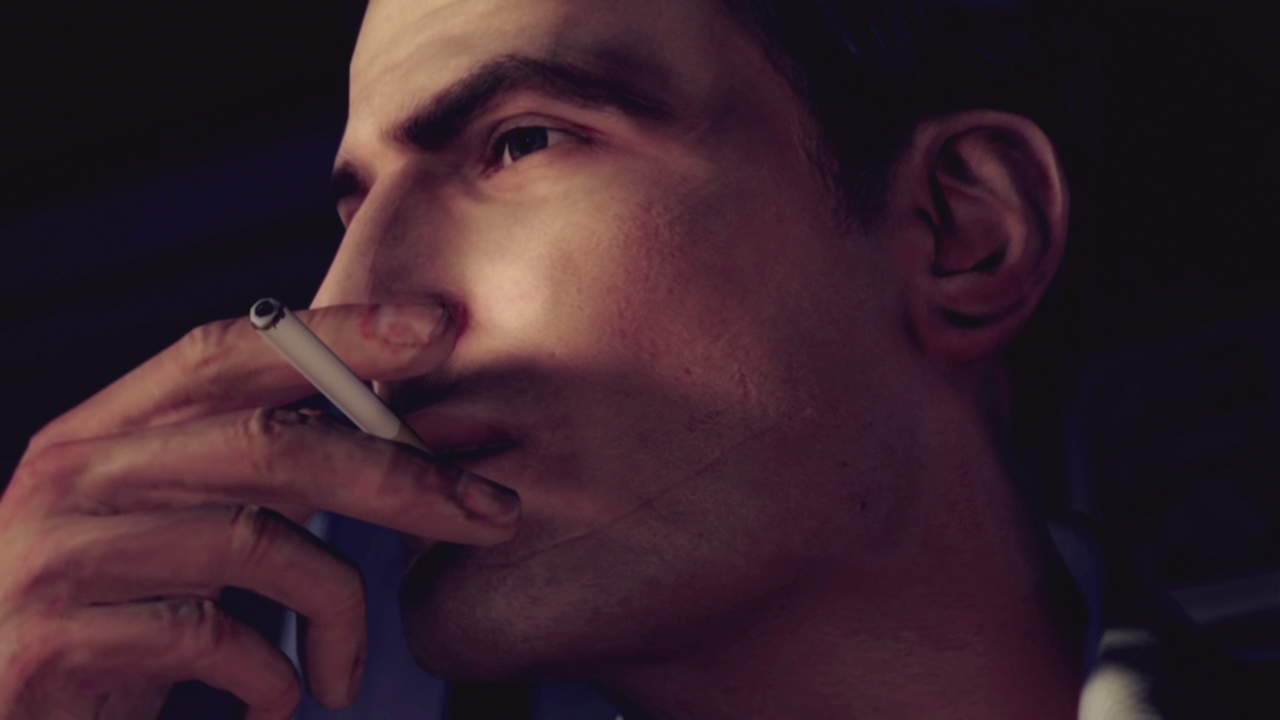 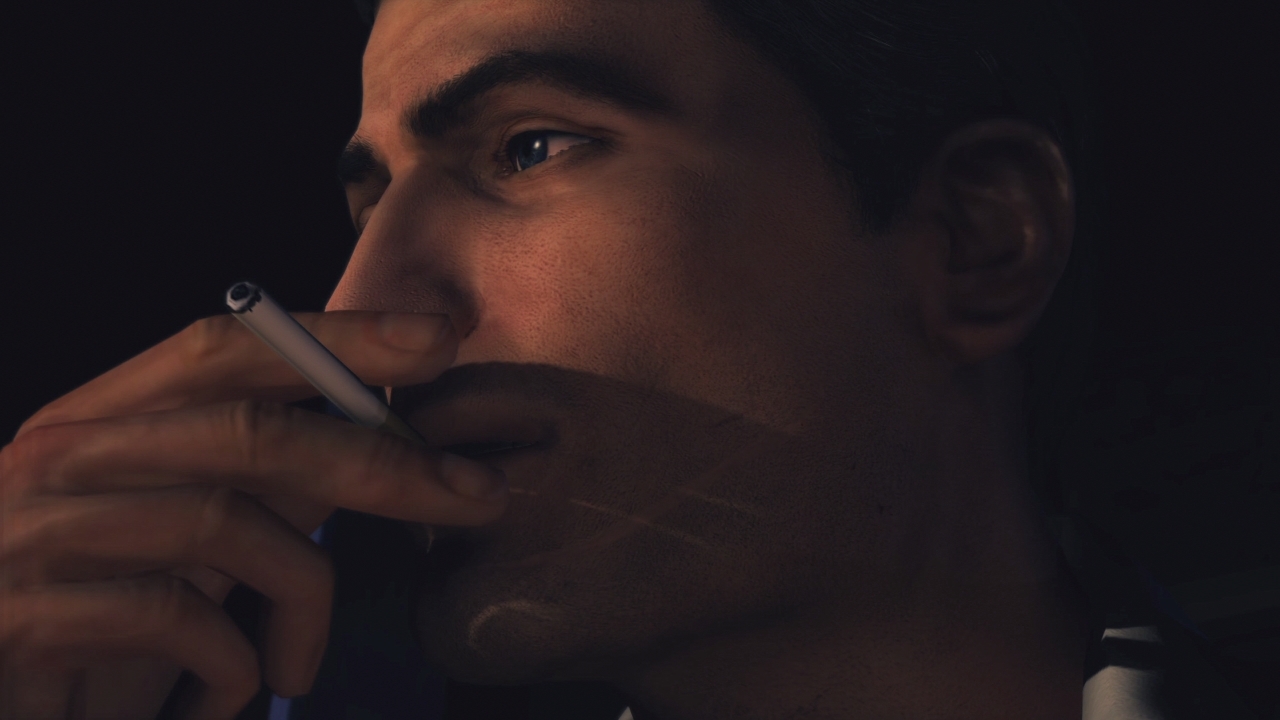 There, you could see characters move their eyes towards another character off-screen — and it added a bit of tension to the story. Now, that can still happen, but you’ll also have characters just stare blankly towards nothing in particular. Given the mafioso-heavy cast of characters, there was a lot added in a facial expression where someone just locked eyes and wouldn’t stop. It added an air of intimidation and fear. Now that’s reduced even if the faces themselves have been given more detail overall. It’s strange to have a mixed bag for this kind of thing and hopefully it’s something that a patch can fix up.

Similarly, there’s a bit of pop-in that just looks odd to the eye. A decade ago, the more limited hardware did lead to this being more of an issue, causing things like lower-resolution textures to be used or re-used to fill up a space. Now, things like mountains are given more texture work, but the trade off seems to be that trees can still pop in with minimal warning and there are also issues with lights sometimes appearing just a bit odd in tunnels. They will disappear behind pillars as they should, but not smoothly. They’re just there or completely with no real transition from one to the other. It’s visually jarring and takes you out of things a bit. 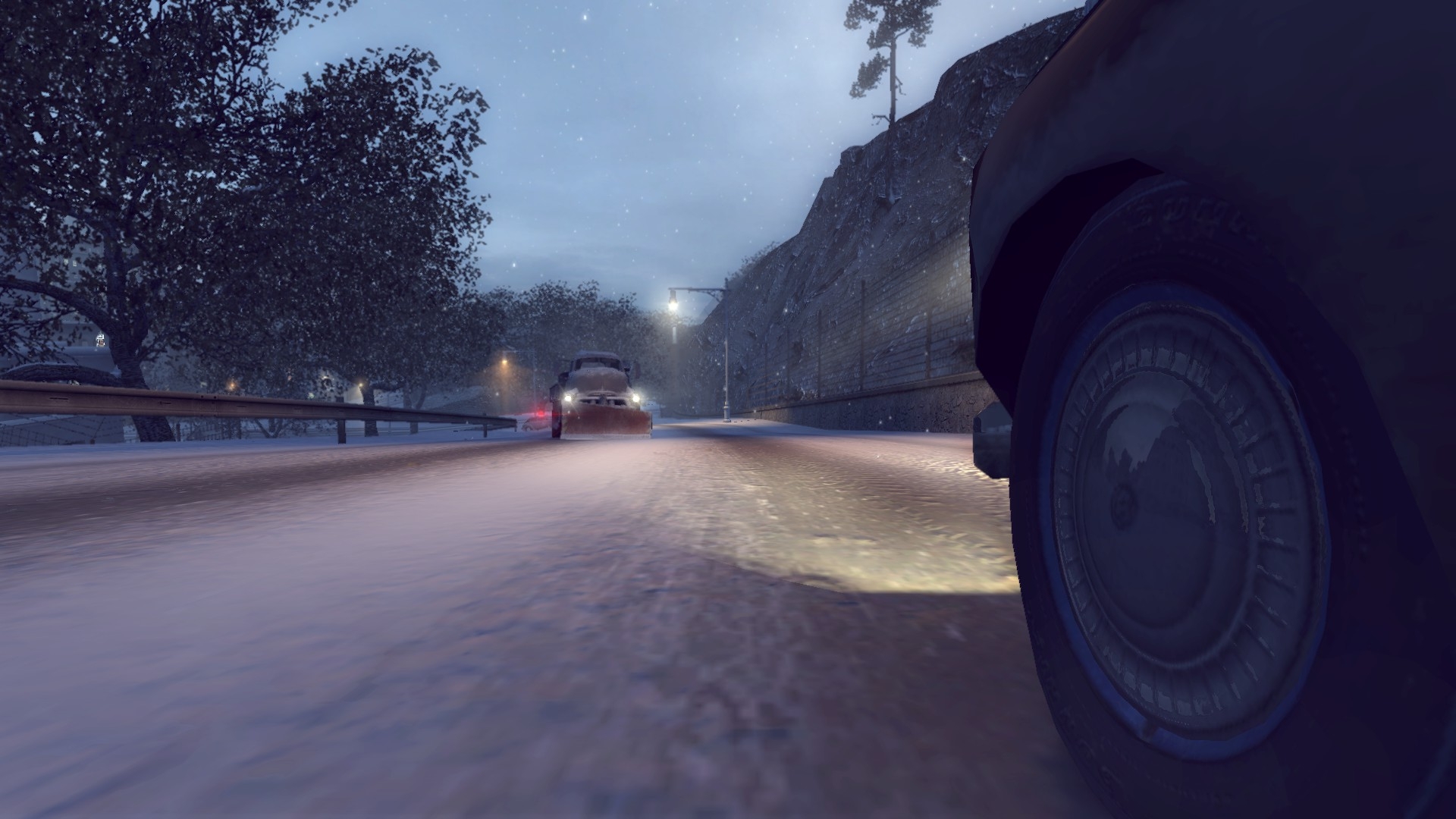 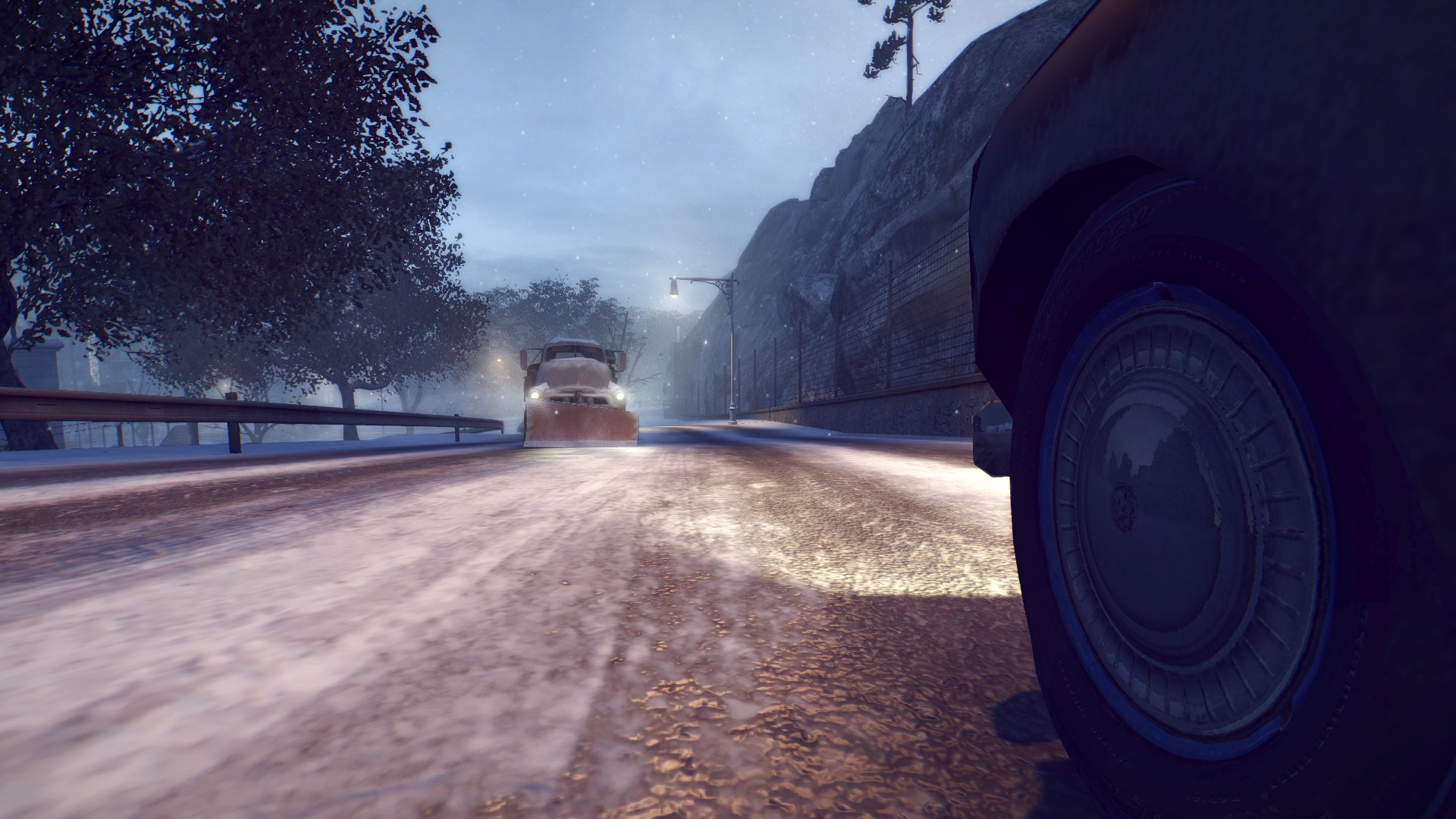 Fortunately, the lighting as a whole has been improved as has the visual design as a whole. Light sources look more organic on things like street lamps and interior lighting allows for areas like floor tiles to have a realistic shine that wasn’t there before. Exteriors also look a lot stronger thanks to redone texture work on everything. For the most part, the textures also bring about an increase in color — so what would be a largely single-color design for brickwork has evolved into being not only more colorful and realistic-looking just due to the color changes, but has been revamped with greater contrast.

Shadows are improved compared to the original release and higher-end resolutions showcase more detail in the world. On PC, you have far more tweaking options than what’s available on consoles. PC users gain the ability to turn off chromatic aberration and a vignette effect if you so desire — as those are forced on consoles and aren’t able to be altered. PC users benefit from having more options to tweak and if you already own the original game on PC via Steam, you’ll get the Definitive Edition for free. Even on a baseline console, Mafia II Definitive Edition is still a worthwhile pickup if you enjoyed the original release. The overall presentation is fantastic and a welcome improvement even if some of the facial textures are still iffy and can look a bit older than they should. 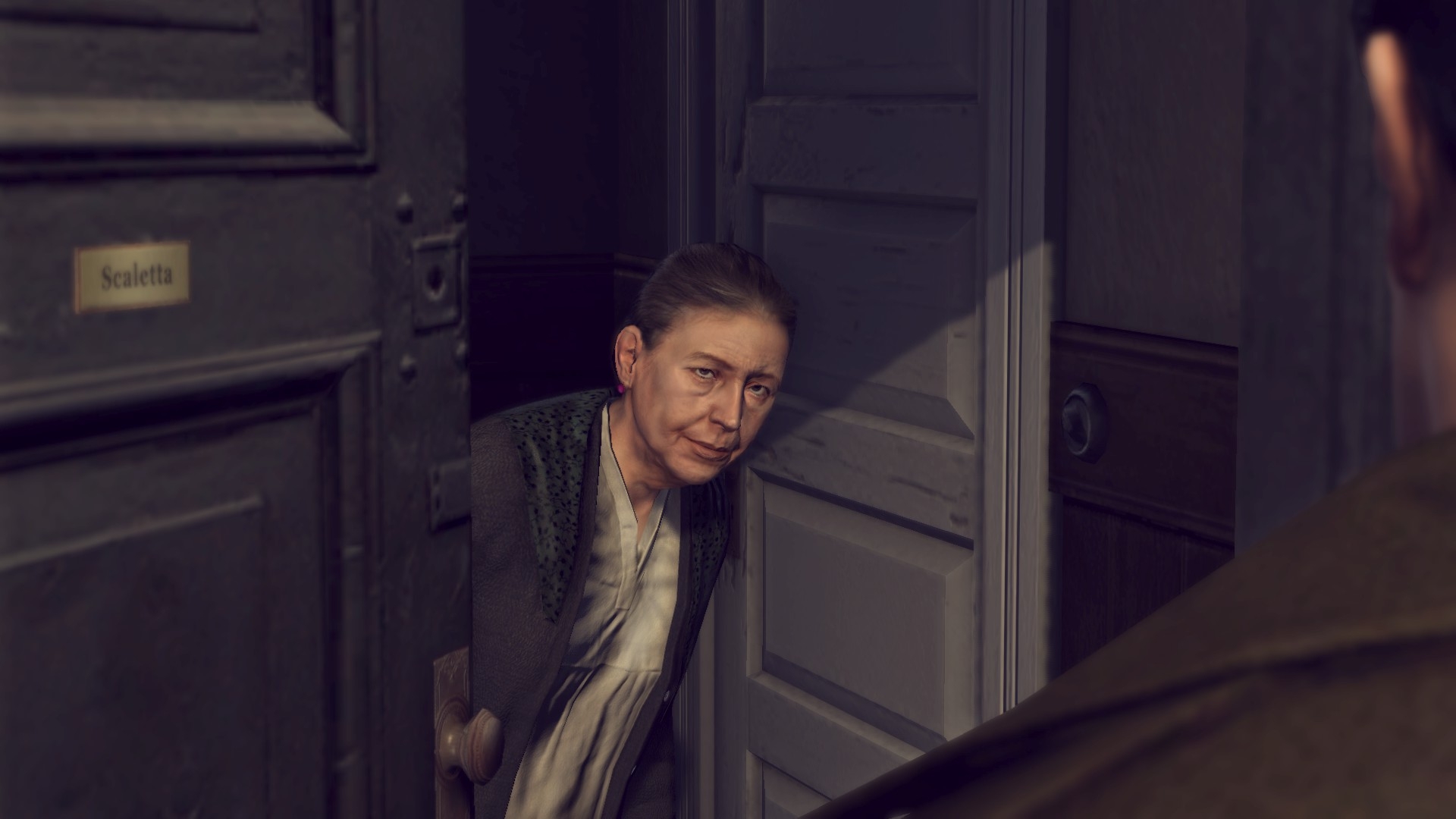 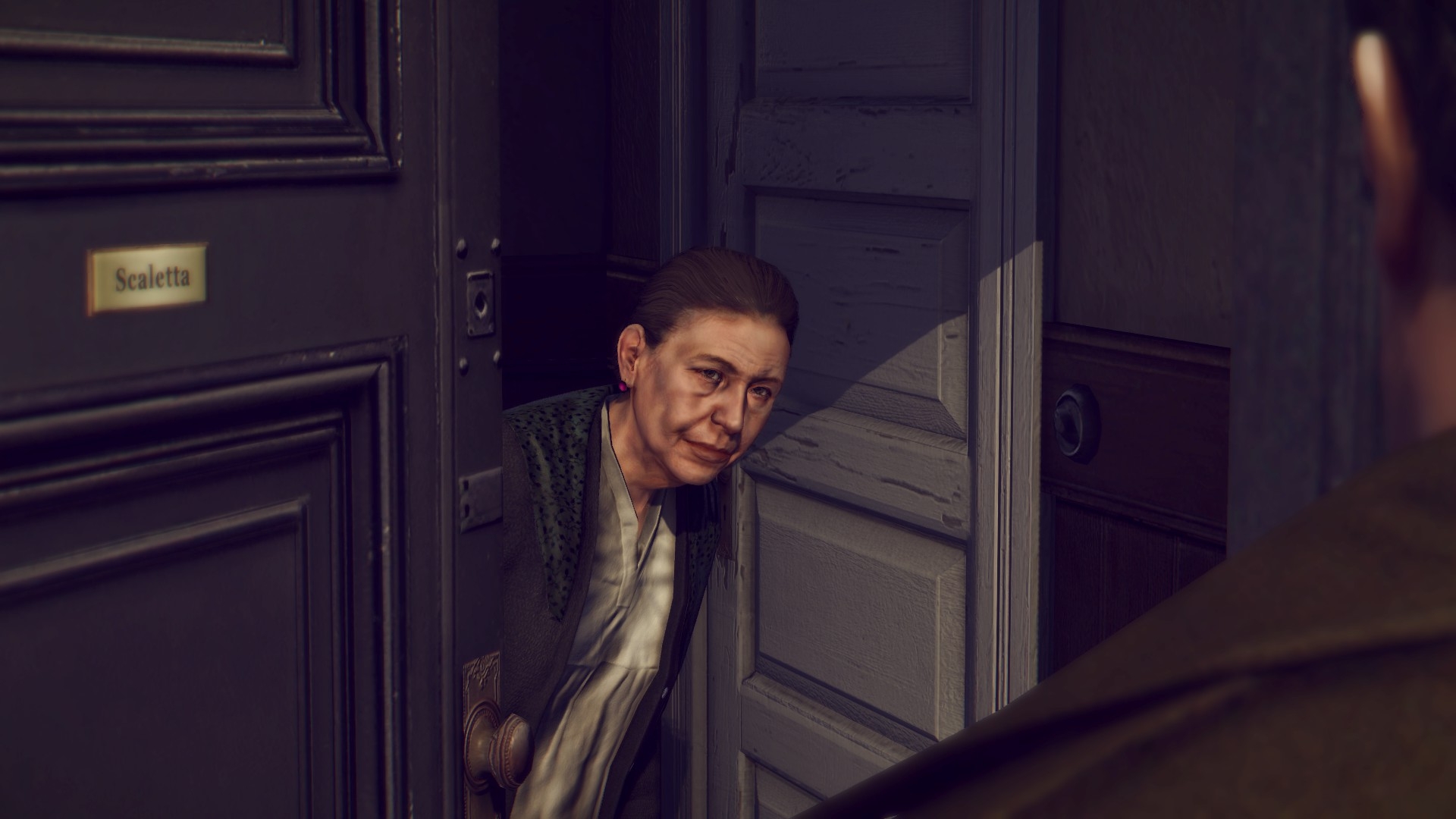 This is less of an issue with major characters, but will creep up with lesser-seen NPCs. With that said, the game does have some glaring issues that need to be fixed. In our time with the it, there were problems with characters just freezing in place during walk cycles or staying frozen in a certain pose or clipping through parts of the environment after a knockout shot landed. They take you out of the narrative, and for a game that’s so story-dependent as this, that’s a problem. Others have reported far greater issues when it came to glitches.

Mafia II stood out a lot at its time and remains unique to this day thanks to having some car customization tied into changing the car around to help evade the cops. The world-building is better with the remake as things like footprints in the snow show off prior movement, while your own movement is tracked with less-impressive real-time movement that doesn’t dip into the snow like it should. The framerate is far more consistent now — even in the gunfire-heavy opening salvo set in a war-torn Italy, which makes regular gunplay more enjoyable. 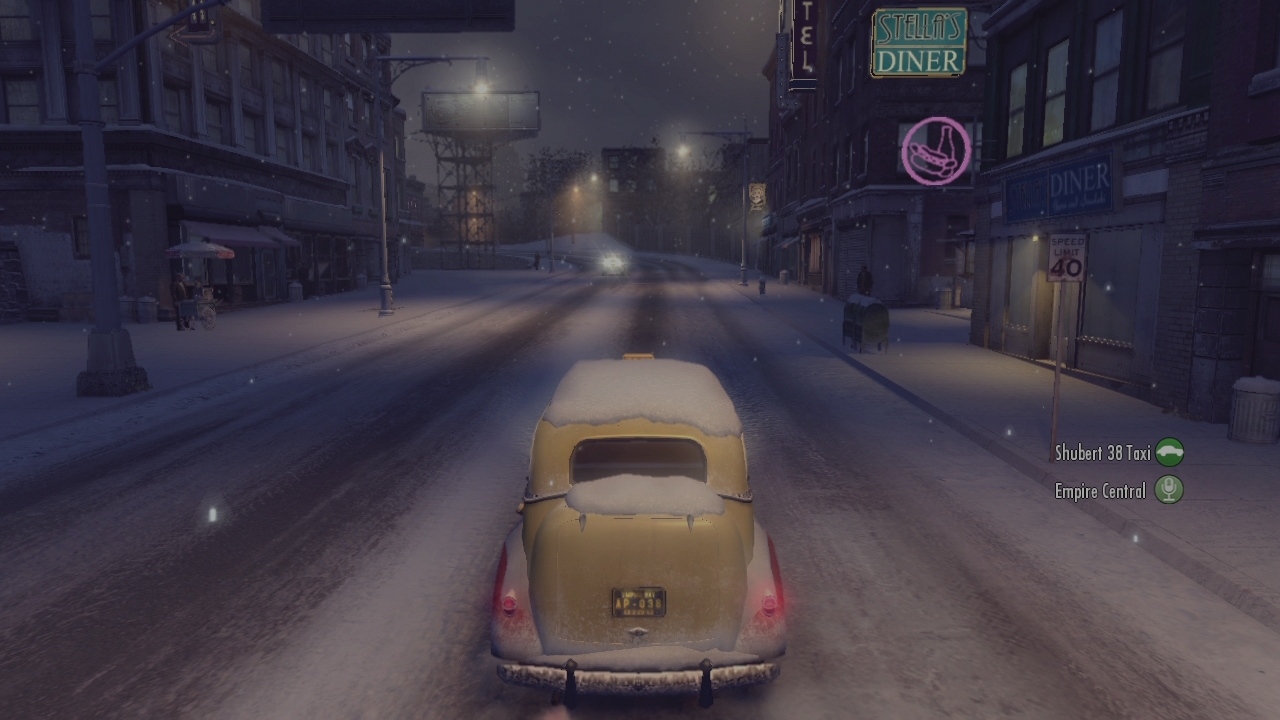 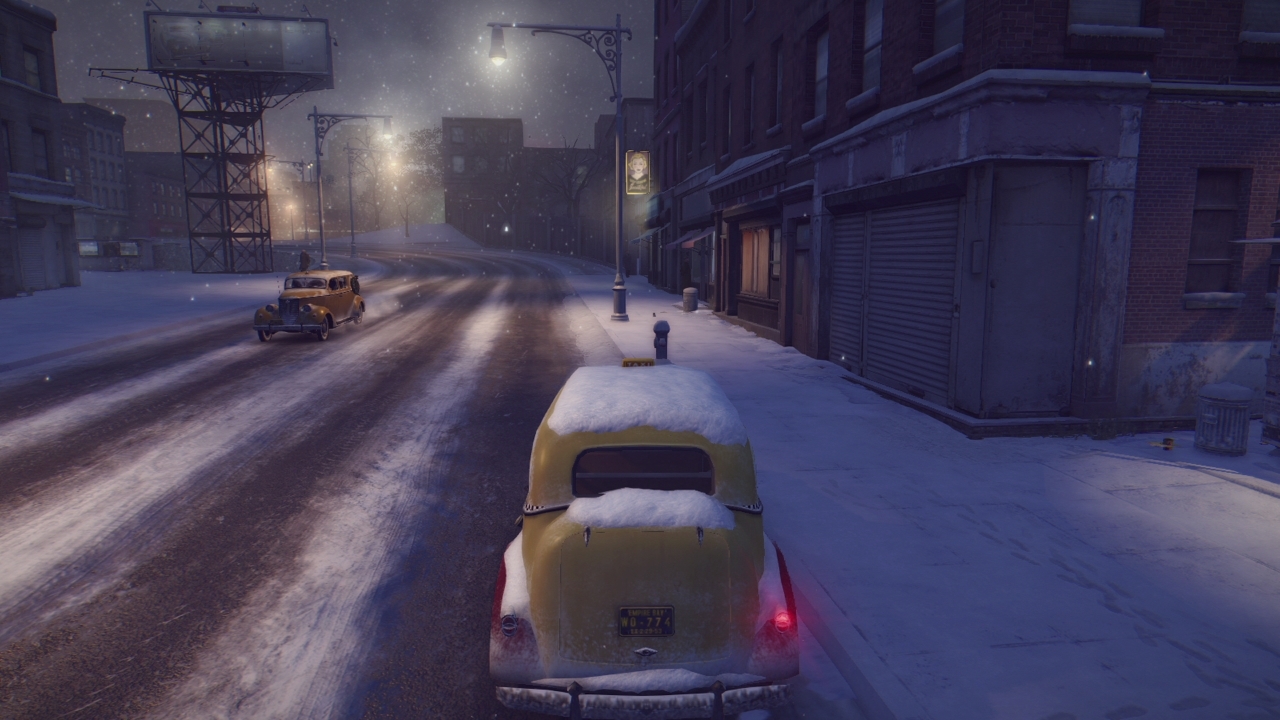 The half-baked effects lead the game to feeling like Mafia II’s definitive edition needs its own definitive edition — and that will seemingly have to wait until it too gets a full-on remake. As it is, the half-steps taken here result in a game that plays better than the original due to an improved framerate, but is still clearly in need of more attention to truly feel like a definitive edition. Being the best available version of a flawed game is a disappointment and undercuts just how much love and care went into the game to begin with. It’s still the best way to play the game and is a marked improvement over the original release, but suffers from too many issues to warrant its own purchase unless you’re a die-hard fan of the game.