Last week, I had the pleasure to review Marvelous’ niche, anime-based brawler, Fate/Extella: The Umbral Star. The experience was one I really enjoyed despite the fact that I felt compelled to point out some glaring issues. So, it was pretty much on par with the rest of the company’s output. The thing is that my review was based entirely on the PlayStation 4 version. Since then, the opportunity arose to take the Vita version for a spin. As much as I would like to be able to point to this title as being yet another reason to own and use Sony’s underappreciated handheld, there are some faults that are specific to this version that hold it back.

From a gameplay perspective, some understandable downscaling needed to occur. The PS4 is able to throw up hundreds of enemies onscreen, making for a cathartic, violent time. Attack combos in the thousands are common there, as the errant programs are defeated and sent flying. This added heavily to the entertainment of the game, as the player felt like an unstoppable destructive machine. 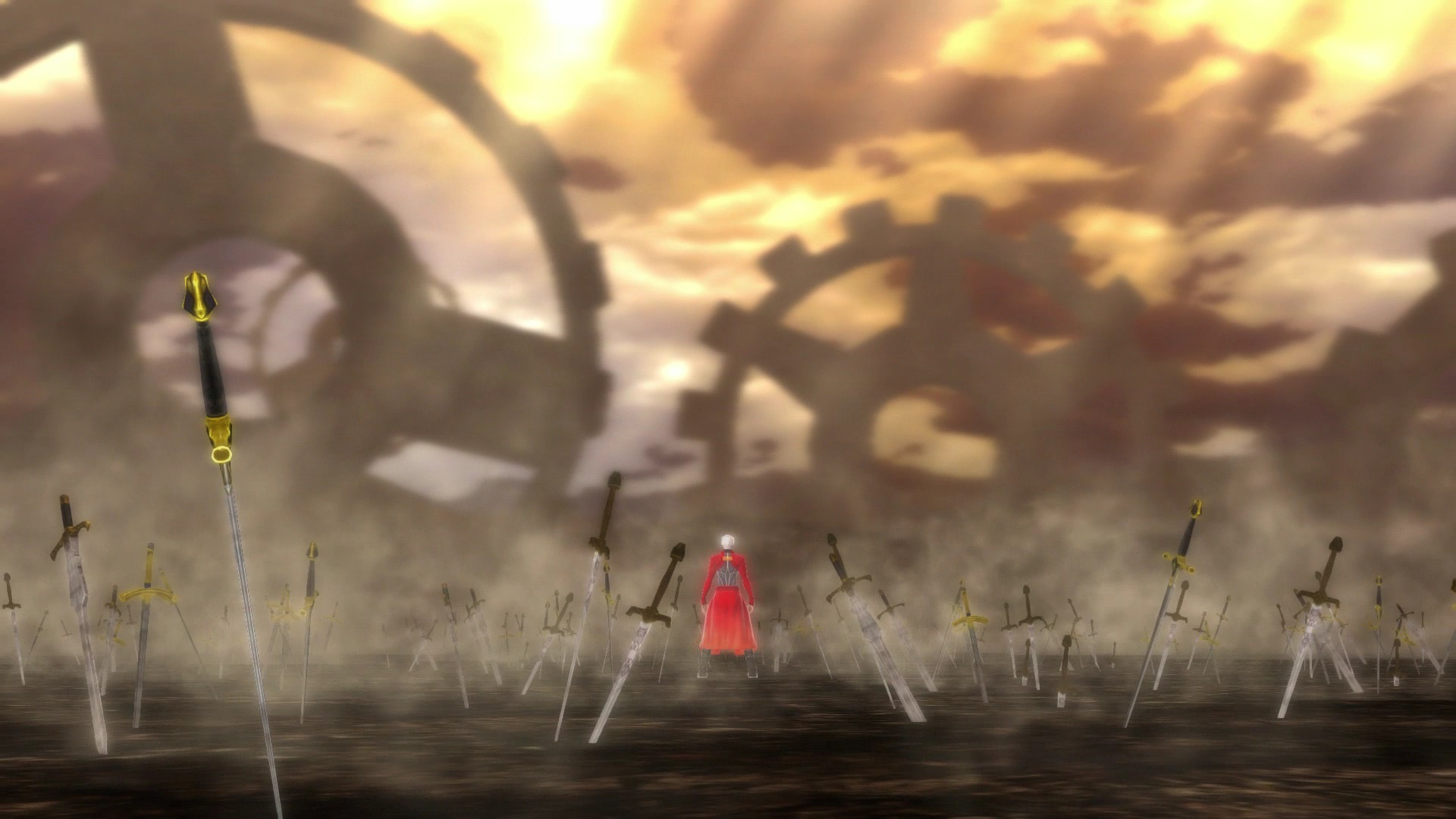 The Vita version is not able to handle this, serving up seemingly less than five percent of the onscreen enemies. The player is frequently forced to hunt for something to beat up, which puts a major hamper on the flow of the game. To be fair, Fate/Extella takes heavy inspiration from Dynasty Warriors, and those titles also struggle with enemy count on the Vita. Koei Tecmo’s titles do engage in some technical trickery to lighten the load on the system, phasing in enemies when they are needed. Sometimes the seams show through there, but it is better than the smattering of foes found in The Umbral Star’s pocket version. At least the Servant offered side missions have been tweaked to be manageable with the difference.

There is also the expected lowered resolution. In many cases, a handheld’s reduced screen size makes up the difference, allowing the lower fidelity to be compensated by the Vita’s compact size and the OLED screens found in the OG version. It went way past this mark, though, rendering the appearance to hit PS2 era sharpness. That is to say, $%^& be fuzzy. For reals. The character portraits do escape this fate, but that is hardly cause for celebration. 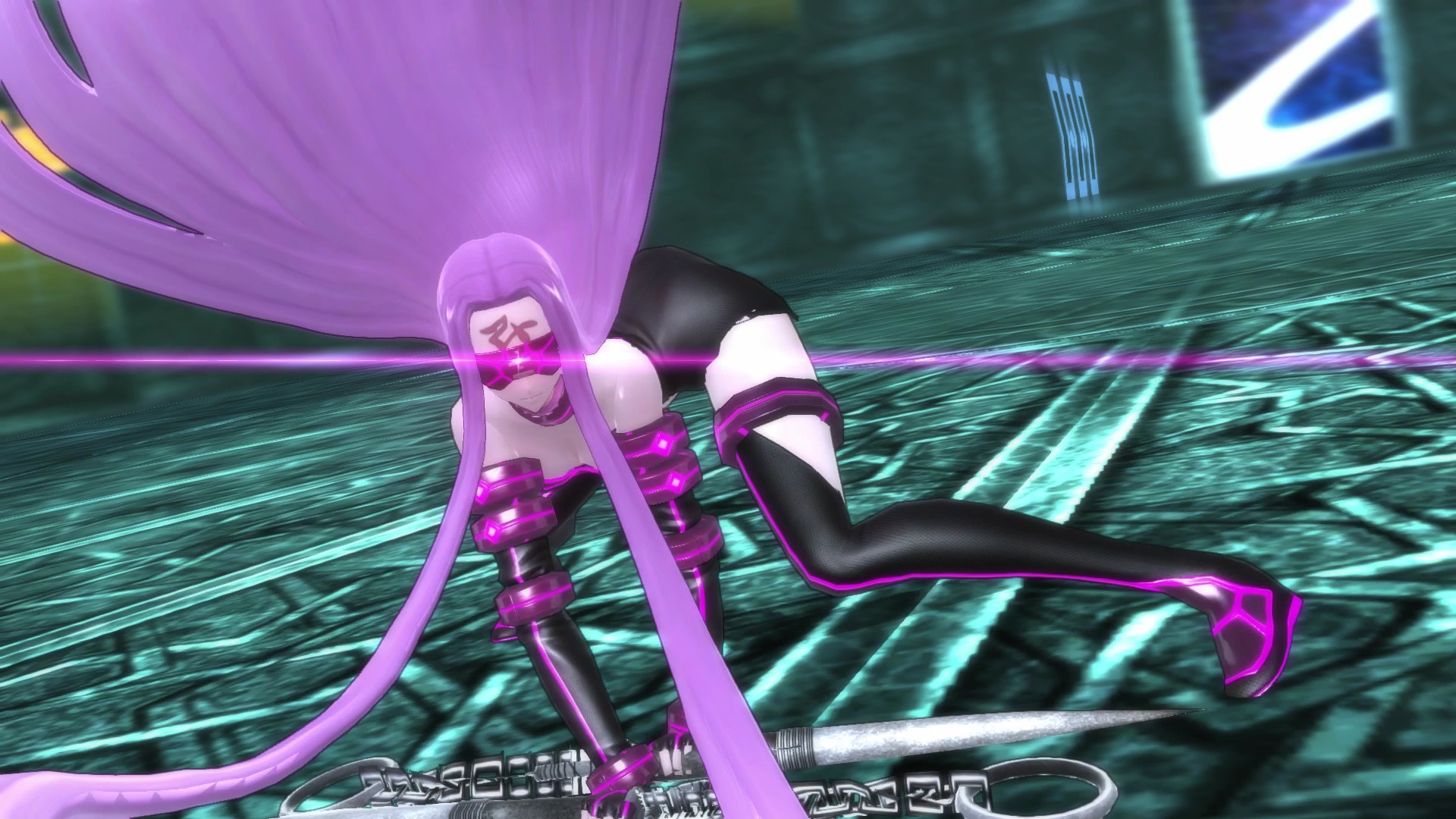 The previous two observations make note of changes made to compensate for the Vita’s reduced power. One thing that should have been adjusted for the handheld was ignored to its detriment: text size. The Umbral Star delivers all of its story through text, retaining the original Japanese voiceover. I, for one, do not speak Japanese and need to read. That is alarming difficult here, as nothing was done to make reading on the smaller screen easier. Fortunately, my old, arthritic eyes were still able to decipher everything, but it wasn’t exactly a fun experience. As the original story that picks up after the story of Fate/Extra is arguably the largest reason to play this, neglecting to tailoring the text for the platform is a glaring omission.

While I don’t have the stats in front of me, it seems safe to assume that the vast majority of PlayStation Vita owners also possess a PS4 attached to their televisions. As such, they will have a choice between the two versions. With some Vita titles, the portability can make up the huge hardware difference making the Vita version a reasonable choice. To my regret, Fate/Extella: The Umbral Star cannot boast this. Any Fate fan who wants to see were Extra goes next should opt for the superior PS4 version. If that option doesn’t exist, then it’s necessary to be aware that the portable version should only be played for the story. That is assuming that your glasses and/or contact lens prescription is up to date.