Square Enix released a new batch of screenshots for their upcoming title Mevius Final Fantasy on the game’s official website. After taking time to look through the entire gallery I was forced to do something I don’t usually do when previewing a title. I needed to go to two separate sites to independently confirm I had the game’s platform correct. The site claims this is a mobile game, but all the screenshots they keep posting show evidence to the contrary.

The first screenshot for the game was released a little while ago, and while it looked shockingly impressive for a mobile game, I had initially written it off as just a piece of promotional hype. After this latest batch, however, I am unable to continue labeling this a fluke. There are certainly a lot of images in here that are probably just promotional art, but there are others that are likely screenshots. I mean, just look at this: 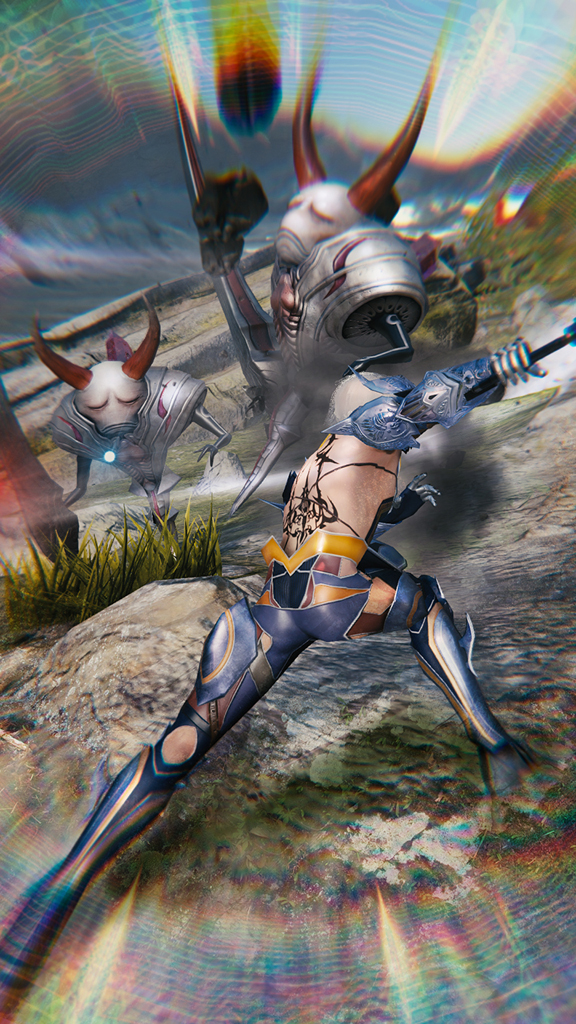 That isn’t how mobile games look. Most mobile games are more dedicated to tricking kids into spending their parents money than actually putting out a decent product, but somehow this has the presentation on par with some of the current console releases. Especially considering some of the company’s previous mobile releases can only be described as garbage so pure that not even a trash collector would be willing to come in contact with them, the fact that this game looks so amazing on at least a technical standpoint is incredibly promising. I’m having a hard time thinking of another mobile game that looks this good, and if the game is half as pretty as it looks then this is certainly a title to keep our eye on.

It is worth noting that when I say it “looks amazing” I am speaking purely on a technical standpoint. In terms of the aesthetics themselves, well…I am still not certain either way if the character featured throughout all these screenshots is supposed to be male or female. They look like a knight that stopped getting dressed halfway through getting their armor on. The enemy in the screenshot above looks so sad because he just got an eyeful of genitalia and he wasn’t prepared for it. It looks like the design was put together by three different artists designing three different parts of the body who had no way to contact each other to say what sort of character they were working on.

Still though, while he’s a mess, he’s a beautiful mess. We are looking forward to actually getting a lot at what this game has in store, and whether or not the eventual gameplay footage can live up to this level of quality. Check out the gallery below and remind yourself that this is for a mobile game. You might forget otherwise.