So…Infinite Warfare huh? A far-flung space-based voyage that may be seen as the ultimate in future sci-fi transitioning for the lucratively-successful FPS franchise. Pardon me if my words look or even sound flat, but we’ve been here plenty times before: a reveal of a rather (it has to be said) obtuse intensity that surprises no one yet still locks fans in deep, deep debate. Some relish the new look, others are a lot less pleased. Yet it’s Modern Warfare Remastered that seems to be the talk of the town over Infinity Ward’s new title. A supposed return to what many perceive as the best entry in the series — a game that revolutionized the first-person shooter and gave birth to an online multiplayer system that still persists to this very day. And while many may take to the word “remaster” with a possible rolling of the eyes (for understandably good reason), is a bundled-in return to Call of Duty 4’s setting, premise and very nature of modern military shooting really all that bad?

I’ve speculated over the past week whether a remaster of previous Call of Duty titles is necessarily a bad thing. But whether Activision’s late (it has to be said) jumping on the remaster band-wagon should be regarded as universally “lame”, the truth is, I don’t see it as something objectively bad. If anything — and this is coming from someone who’s always open to discussing the many, troublesome issues with Call of Duty as a model, let alone as an iteration-by-iteration video game — I find the idea, notably interesting. For a series that has shifted from World War 2 to modern war and now to future warfare, could this be an early sign of where the series may end up turning in later releases further down the line? Yes you can argue Ghosts tried a return to a contemporary-ish aesthetic to counter the ever-growing futuristic direction Black Ops & Advanced Warfare brought forth.

The difference here is that this won’t be a new entry, but a return to what the series was at that time. As such, it opens up a possibility to not only reintroduce a setting that many could perhaps have forgotten, but also introduce the days without robots and drones and aerial-dominating killstreaks that only embellished the “rich get richer; poor get poorer” mentality entries like Modern Warfare 2 got pressingly wrong. Modern Warfare’s design was a lot simpler. Its 3-5-7 kill-streak system may be deemed minimalistic by recent standards, but back then it didn’t over-complicate or make 90% of player’s strive to simply getting a tactical nuke, so predictable (Harriers, AC130, *bo-WEEP bo-WEEP*…done!).

As such, if the model was put back out there for those to try — albeit with a nice new lick of figurative paint — I would be interested to see how today’s player-base adapts (or returns) to the former structure. There are so many possible benefits in reviving a forgotten format. Less tactics to diversify, less opportunity to dominate the leaderboard outside of pure gun-wielding, twitch-shooting, internet-connection-abiding capability. It means the opponent team has a better chance of adapting to the changing circumstances…or embarrassing themselves evermore, as the case may be. I won’t lie to you; would I miss (if we’re limiting ourselves to the Modern Warfare trilogy here) instances of getting an Emergency Airdrop and anxiously waiting for the numerous care packages to drop, knowing full well the enemy team might rush me? Yes. Would I miss flying MW3‘s Recon Drone and tagging enemy players…or…spamming the tag button on the same player just to annoy them? Yes. 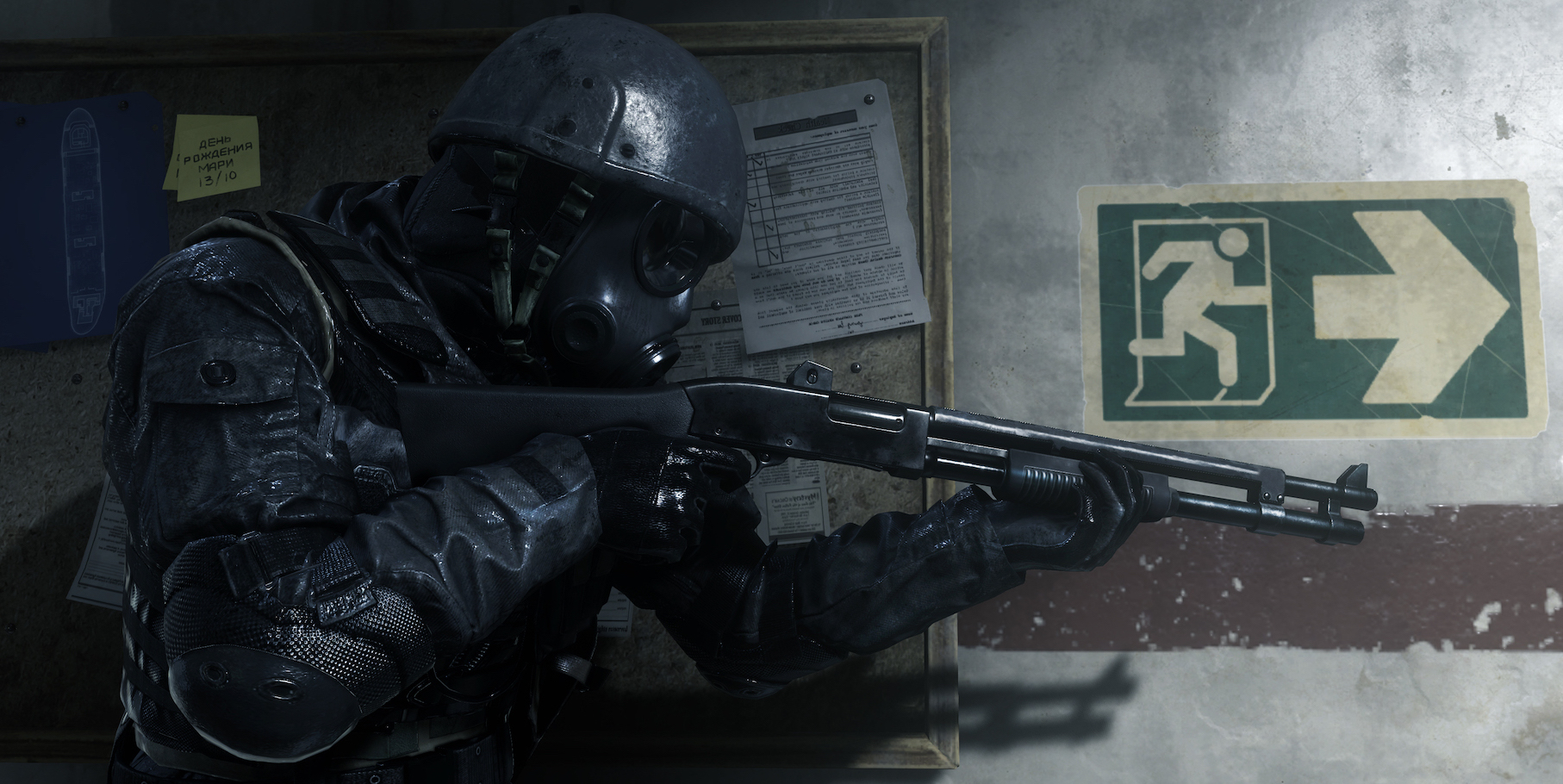 But if it means a shift in infrastructure as a nice accompaniment to CoD’s current build, why not? Yet if we look at this in the long-term, from a complete series perspective, how will this affect the spread of the entire player-base and as a result, would this ultimately alter the possible player-count for Infinite Warfare‘s activity across its many iterations? It’s unclear whether or not the next entry will follow along similar lines and continue to support previous-gen consoles, but while Ghost’s PS3/Xbox 360 releases could be regarded as developer uncertainty on the popularity of new consoles at the time, its safe to say seeing Black Ops 3 not a total eighth-gen title was boggling given the sizeable sales figures of both PS4 & Xbox One units by 2015. As such, if this remaster goes one step further and evolves into a full three-game series collection, will this only spread the player-base further? Thinning it into numerously ongoing titles and thus, raise an interesting debate on whether past or present ideals are in fact the more popular go-to for an annual multiplayer shoot-fest?

While I feel Modern Warfare deserves some rightful attention away from simply existing alongside new ideas, I’m in no way surprised to see Activision use a beloved classic as incentive to invest in Infinite Warfare’s dubiously-titled Legacy Edition. It’s a smart-move, unquestionably — and one that I suspect a large majority will be gritting their teeth over — but in itself, it will determine just how far this newfound remastering business goes. In the end, much like everything else with a price-tag attached, it’s down to the consumer as to how far this model succeeds. And while I’m not flat-out defending Activision’s cleverly sneaky demand of the green in my wallet, if we’re talking personal affections, I just want a chance to experience something I feel has sadly gone astray in recent iterations: sniper maps. Those more-open, stealthily-prone maps like Modern Warfare’s Overgrown or 2’s Derail/Wasteland that, while don’t punish run-and-gunners, greatly benefit those who approach such maps with a bit more care. 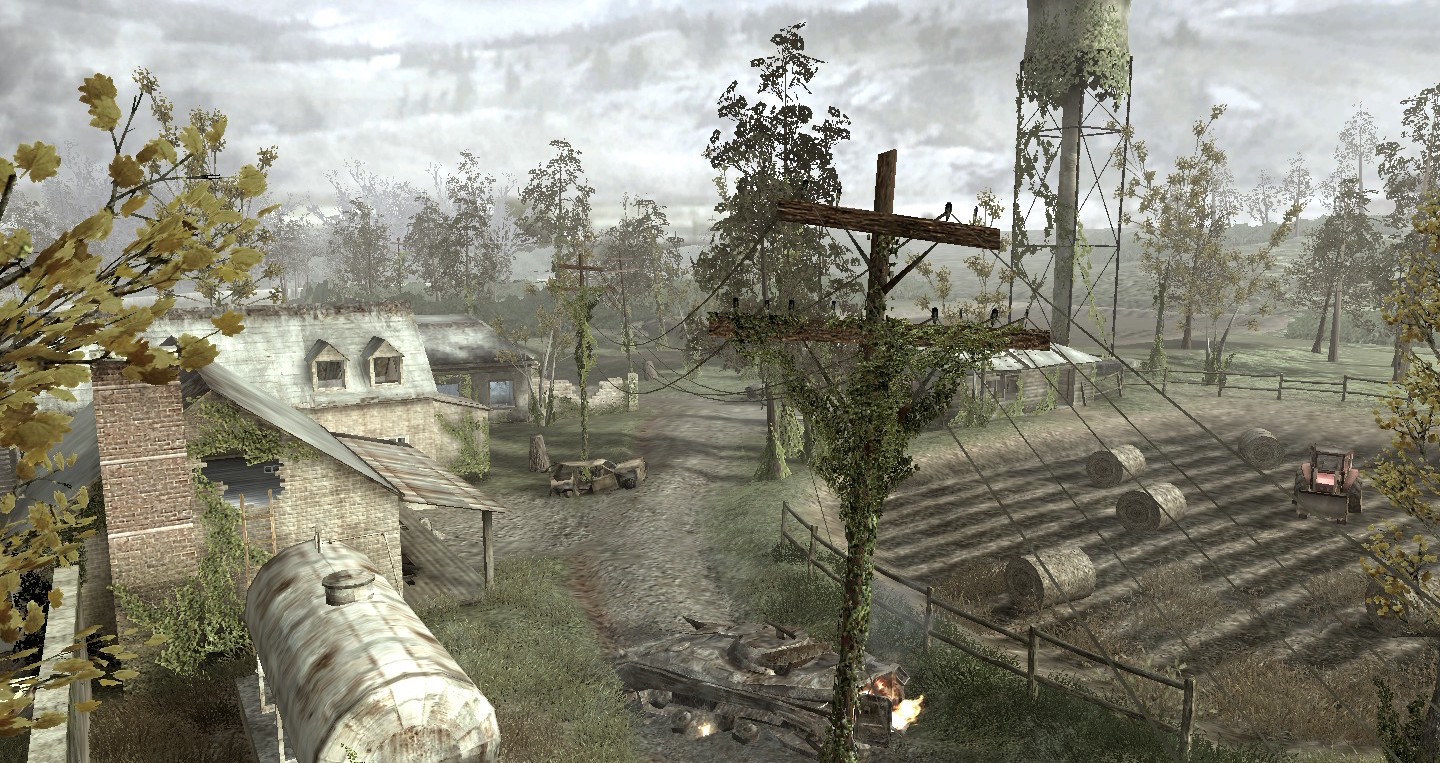 That’s not to say I disapprove entirely with the series’ recent trend in relying solely on mere three-route, choke-point maps with blatant kill areas. Put simply, there’s nothing better than playing the Sniper; picking a perfectly unnoticeable spot to lie down (or at least what one might consider perfect) and playing the waiting game. Yeh apparently snipers aren’t meant to take cover and wait — what a stupid idea. In essence, it’s been a while since the humble Sniper was approached with as much the same consideration as those who saw themselves the SMG bearer or Shotgun wielder. Seeing the more spacious maps with a visual touch-up here and there — not unlike the return of a simpler kill-streak system — could offer an interesting question on how design factors in, if at all, to the annual Call of Duty game.

Whether we wanted it to or not, Modern Warfare Remastered’s position as an add-on rather than a stand-alone experience is but one small symptom of the very business we, as fans, call video games…and others may prefer to call…opportunity. This isn’t an attack on Activision or its fans, but rather an affirmed noting that whatever happens come the end of this year — when the consumer-base has not one, but two [technically] new titles to play — will ultimately play a critical role in further shaping this “beloved” shooter’s fate in the coming years. It’s a role Infinite Warfare may not want to have weighing on its shoulders, but truth be told, it’s one of the most interesting and heated developments this series has taken for quite some time. The power is indeed, this time, in the consumer’s hands.