And that’s the way you do it.

During Sony’s Gamescom 2014 press conference, Hideo Kojima revealed some of the new box gameplay in Metal Gear Solid V: The Phantom Pain. Yes, box gameplay. Players will be able to trick the world’s dumbest soldiers into thinking that the front of the box is a saluting soldiers. It’s a giant “Screw you,” to realism, and dammit we love it.

Players will also be able to decorate the front of their box with a super sexy lady graphic, distracting the world’s most idiotic enemies once more. “Let’s forget about the mission at hand boys, I’ve been totally aroused by cardboard!” The last mechanism gives players the ability to drop the sexy box anywhere in the environment, drawing those foolish horn-dogs over to the hottest box from the UPS factory.It gets even more ridiculous when one takes a look at the Transformers-level product placement on display below: 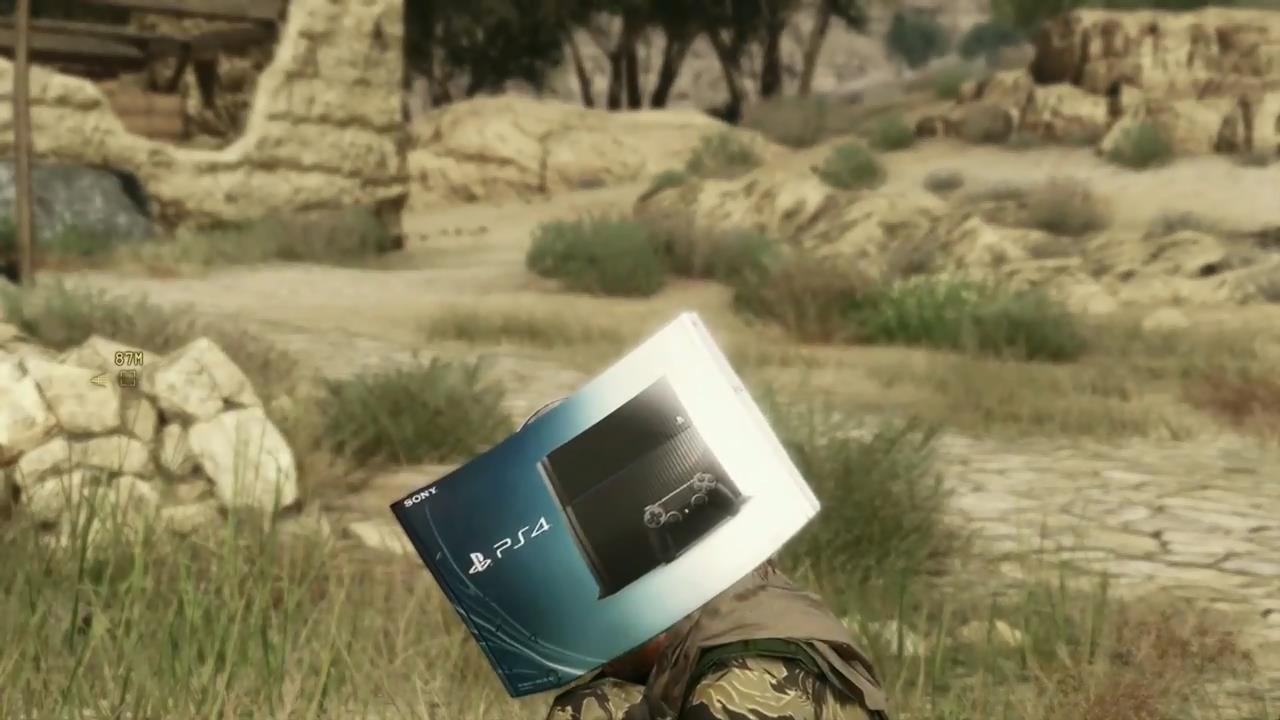 As dumb as it may be, though, the trailer served an important purpose. Though The Phantom pain will have a noticeably darker tone (judging by the potentially out-of-taste ending to Ground Zeroes), it’s phenomenal to see the series getting back to its roots a bit. Metal Gear Solid is inherently ridiculous when you think about it. There’s been all sorts of madness, from Johnny’s diarrhea to “Metal….GEAR?!” It’s not like Kojima has gone any more insane with the addition of dynamic box cover mechanical camouflage hidden distraction cardboard technology deluxe.

If there’s anything we should be angry about, its that we don’t have a full 30 minute animation of Snake placing these massive stickers onto the side of the box to maintain realism. Metal Gear’s reverse voyeurism is unique because for the first time in years, we get to watch men from inside a woman (okay okay, I kid).

For more information on boxes, visit your local post office. To learn more about The Phantom Pain, tune into the special Metal Gear Solid event on Konami’s Twitch channel on Wednesday, August 13th at 2PM EST.