Back in 2006, Capcom released one of the most critically-acclaimed games of all time for the PlayStation 2. Okami quickly became a cult classic among those of us with a fascination for the land of Nippon. Despite not performing well in sales at the time of release, the game went on to receive multiple awards, including Best of E3 2005 and Game of the Year 2006. Taking story inspiration from classic RPGs and blending these elements with outstanding art direction and unique gameplay, Okami continues to stand the test of time as an important installment in video game history.

Since its initial release on the PS2, and eventually Nintendo Wii, Okami has received a remaster for every generation of console. The game received a high definition port to the PlayStation 3, which utilized the Move controllers in a similar fashion to the Wii’s motion controllers. In an answer to my hopes and dreams, Okami HD was released for current gen consoles in 2017. Fans could finally experience the classic game on PlayStation 4 and Xbox One. This HD port brought the game to the Xbox for the first time in its history, which gave more gaming diversity for owners of the system. Now Capcom has decided to bring the title to the Nintendo Switch in an exciting way, promising the use of the system’s motion and touch features. With all these options to play Okami on current gen systems, is this Nintendo Switch version worth the commitment? More importantly, does it do Okami the justice it deserves?

It doesn’t matter how many times I’ve played this game, I still get goosebumps from the opening cutscene to the end credits. Okami’s gorgeous art direction and beautiful soundtrack are timeless. A cel-shaded art style ages beautifully and looks amazing on the Switch. Either handheld or docked, fans will experience crisp graphics with smooth frame rates. Regardless of what current gen system it’s played on, Okami HD delivers exceptional visual quality. Players who may not have ever played the game before could compare the art direction to the critically acclaimed Legend of Zelda: Breath of the Wild. Breath of the Wild’s cel-shading was a decision by Nintendo to give longevity to the game. Originally, Okami attempted to use a more realistic art style, but Capcom’s decision to give creative freedom to its artists gave way to this unique, traditional Japanese style. While frame rates are surely more heightened on PlayStaiton 4 and Xbox One, the Nintendo Switch version does a wonderful job of displaying the game without missing a beat. During my play time, no frames dropped and visuals were consistently clean. More than anything, deciding what features players want out of their Okami HD gameplay are the biggest factors in committing to a current-gen version. 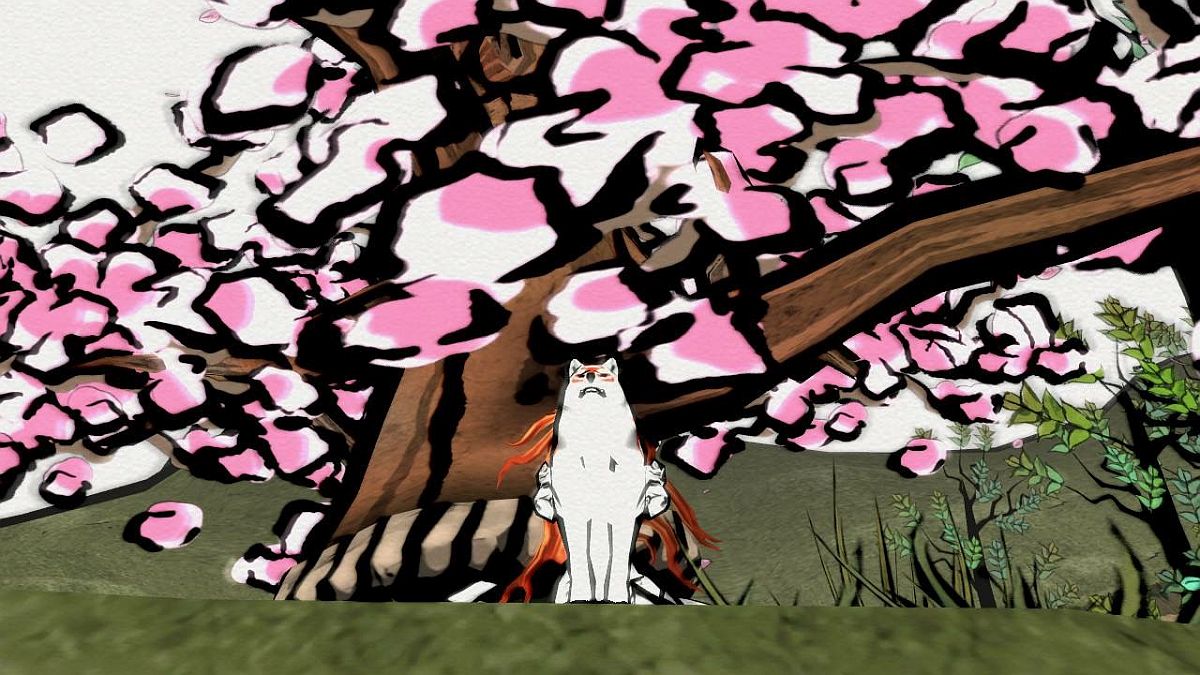 Ōkami is a living painting.

From its beginning, Okami’s gameplay offered a unique mechanic in the Celestial Brush gesture-system. As we follow our wolf-protagonist, Amaterasu, in ridding the world of the eight-headed demon Orochi, players pick up Celestial Brush skills to aid the journey. These skills require different drawing inputs like circles, straight lines and sometimes squiggles, in order to use Amaterasu’s powers. Original gameplay has players using the R1 button on PlayStation (or Right Bumper for Xbox users) to paint inputs on an in-game canvas with the left stick. Okami’s original PlayStation 2 release required those inputs on a controller, while the Wii version made use of the Wii Remote’s motion controls in a unique way. These Wii motion controls received mixed feedback among players, however, as some had success in painting with motion controls while others found delayed responses in painting and the Wii’s budding motion controls difficult to use.

With the Celestial Brush system such a major component of the game, it’s important to consider the ways in which it is incorporated. Originally, I was excited for the PlayStation 4 version of Okami HD because it made sense to incorporate the DualShock 4’s touchpad as a canvas for drawing. While I greatly enjoyed the game on the PS4, it was disappointing to see that no touchpad functionality was added. It could have been a unique component to the PlayStation version that would not have been found elsewhere. With that being said, the Xbox One and PlayStation 4 versions play exactly the same. There are no added features to these straightforward HD Ports. If players are looking for Okami HD in its most basic, generic form, those would be the systems to play it on.

But Nintendo is looking to redeem its motion controls with added tactile functionalities in its Switch version. Utilizing the HD Rumble, touchscreen and HD motion controls, Okami HD on the Switch is a whole different animal. The Switch version truly takes the game and makes it its own with unique features that elevate gameplay. Celestial Brush controls are taken to a new level with three different ways to use the gesture-system. The game stays true to its original format by allowing players to paint using the original input controls, but also gives players the options to use the touch screen and motion control Joy-Cons. 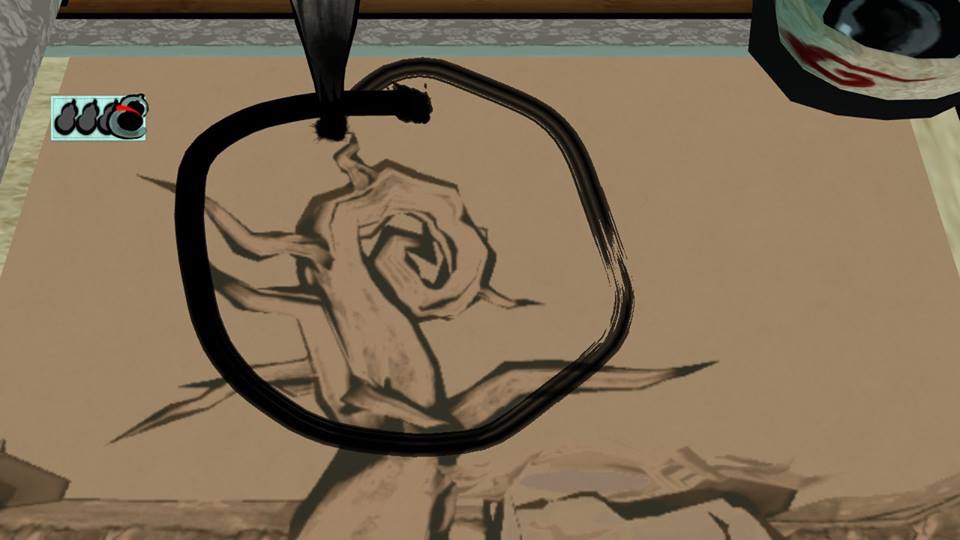 I can’t say I was ever super great with the classic controls, but here’s a circle* Results may vary

Testing out each option, the attention to detail Okami brings to the Switch’s features is readily apparent. Original input controls function as smoothly as ever. I was more interested to see if the console’s updated motion controls were up to task. Admittedly, I was one of those people who could not make the Wii’s controls work so well. I ended up creating works that only Picasso could be proud of. The chance to use Joy-Cons was not only a redemptive moment for Nintendo, but also for myself. In attempting to draw a sun, it didn’t turn out perfectly, but it turned out way better than anything I could ever do on the Wii. I’m sure if my hands didn’t shake with the power of a hundred lattes, things would have turned out smoother. It’s another shining moment for the Switch to be able to make up for previous generational blunders. While your art may not turn out perfectly, it’s still a fun time waving Joy-Cons in the air to interact with the game. These motion controls work better with the console docked, but I was also able to successfully draw in tabletop mode. 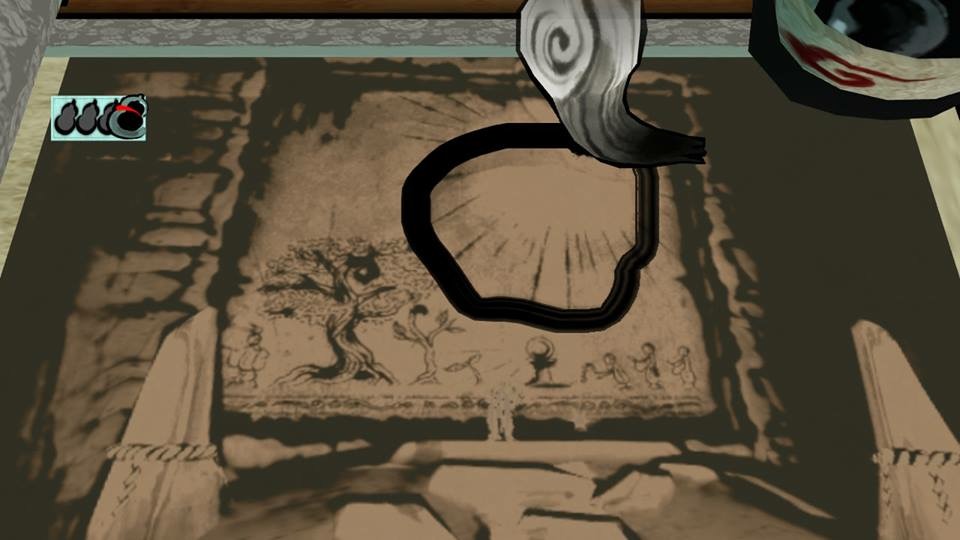 My most preferred way to use the gesture-system, however, is by drawing on the Switch’s tablet directly. There’s a certain satisfaction from being able to take a finger and make the sun rise or cut enemies down. My long-time desires to make a perfect circle in this game were finally attained through the use of the touchpad. Creating such a tactile experience elevates the gameplay. Not only can we feel Amaterasu’s every move through HD Rumble, but you’re able to wield her powers with the touch of a finger. These were the kinds of experiences that were missing from the PlayStation 4 and Xbox One release. In a way, it’s almost like experiencing the game again for the first time. 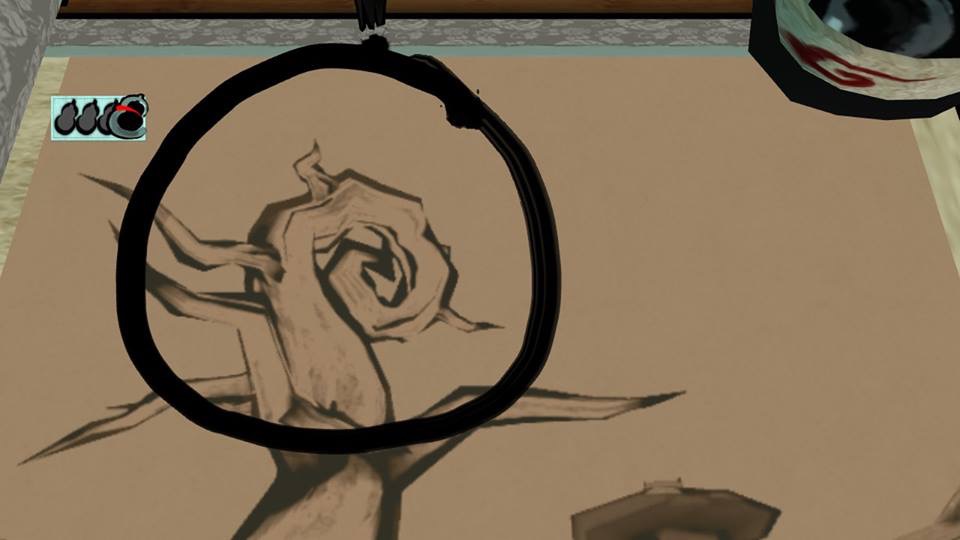 Touchpad functionality yielded the best results. I’ll even autograph this one for free.

Making a classic game compatible with current generation features is what remasters should strive for. Instead of just updating graphics, it’s important that developers consider the kind of technology we have to play. Okami HD fits well on the Nintendo Switch because of all these updated features at our disposal. Updated motion controls give players freedom to play the game in new ways. HD Rumble brings us closer to the action than ever before and touchpad functionality create an immersive experience. These features create a new kind of Okami that has not been seen before that makes excellent use of current generation functions. Additionally, the Switch’s portability means Okami can come with us wherever we go. The PlayStation 4 and Xbox One versions give us the most crystal clear iterations of the game to date, but didn’t bring anything new or memorable to the game. Players seeking a new way to experience Okami will find that the Nintendo Switch gives the title new purpose and updates the classic game for a new generation.