Seeing as Red Dead Redemption 2 has officially been announced to the masses, albeit with no idea what the game is about (John Marston’s name is not even mentioned), I thought I’d voice some thoughts. While I wholeheartedly enjoyed both Red Dead Revolver and Red Dead Redemption, I am worried by Red Dead Redemption 2. Aside from hype, which apparently can’t be stopped, seeing as the collective internet ethos freaked the hell out, let me explain why it’s important to be cautious with something like this.

Before diving fully into my gripes with something that only has just shy over a minute of game footage that’s been shown, let me explain what made the other two games so special. Both, Red Dead Revolver/Redemption were games that touched on a part of American mythos in the best of ways. Even other cultural mythos play into what makes these games so great, with many different backgrounds showcased. Each game is a unique tail of one man’s quest deeply personal to them. Not only exploring the characters presented fully, but also putting forth some of the best storytelling for video games of such a genre at each respective time. Each felt like a true American western tale. 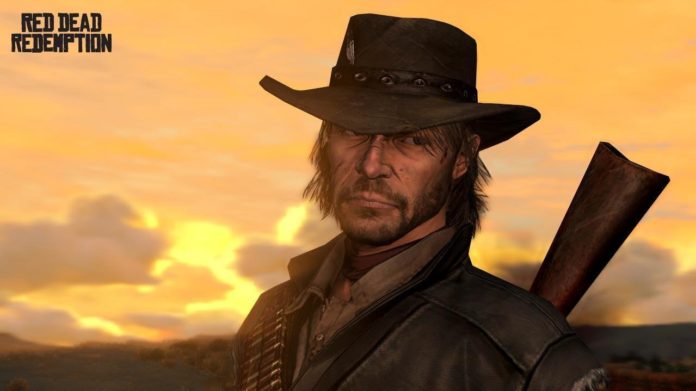 The Red Dead franchise succeeds because it’s playing into the most American fantasies of what the Wild West was, while keeping it grounded. It was a time were America was still getting its footing as a new nation. Things were being discovered by a people who had largely still never seen most of what the land had to offer, thus appropriately titled, the Wild West. It seemed like a hellish dreamscape where those from the east coast talked of savages and wild beast, men who idealized the same sort of lawlessness discussed among certain circles. Yet, it was none of these things, for a people having just arrived to a nation, it was much tamer than one might imagine. Instead, it was a place not overly populated and begging for people to settle its lands (I hope we see Natives in this game).  The west was a place of opportunity and discovery, somewhere one could make their mark in a relatively easy way (for the time).

Both Red Harlow/John Marston fit the narrative perfectly; both were men born of the west and knew only a certain way of life. This solidified their stories even more. While Red Harlow sought to seek out the killers of his parents, John sought out closure for a life he had perpetuated on to himself. These stories have western tale written all over them and succeed by showcasing these separate tales in realistic ways, while still playing in to the western tropes people know and love. While there were some bigger set pieces show casing these tropes, i.e. certain shoot outs, they kept the west relatively tame. Especially Red Dead Redemption.

It was the moments of quiet that were most enjoyable, just wandering the prairie through Redemption was enough to satisfy western fantasies. Both games also took place in the classic dusty west audiences have come to imagine from spaghetti westerns, now veering toward more recent films such as The Revenant, which seems to be the direction Red Dead Redemption 2 is going. Not a bad thing. 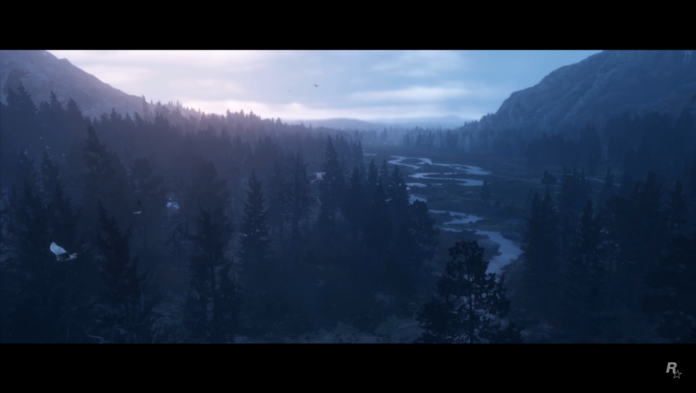 Nothing like a good sweeping shot of the land.

Bringing it full circle, I do not want to see Red Dead Redemption 2 pull a Magnificent Seven, even if this means making a bad guy version of the Seven. Which right now it’s looking that way. Seven cowboys riding off into the distance? The Magnificent Seven (I’m talking the 1960 version) is a great standalone tale on its own, while also having borrowed from a tale not its own. If you haven’t heard of Seven Samurai go watch it immediately, stop reading this article. While video games are drawing more and more from film, Rockstar has proved they can develop games that draw from certain pools while keeping it fresh and original.

Unfortunately, GTAV felt a little too cliché. This is where I get nervous that Red Dead Redemption 2 might lean too heavily on certain tropes. I would much rather see an American western tale that resembles a classic, opposed to a film that has been rebooted as of this year. I do not need a game with big set pieces, explosions and more ammunition falling than the leaves on the trees. I’m going to make one more recommendation of the west I envision opposed to the west presented by Hollywood: the Lonesome Dove series puts on the glitz of western tropes while also doing a great job explaining how people lived at the time. This is more in the style that would be preferred in Red Dead Redemption 2. A game where cowboys are cowboys, people are living by the land they’ve settled and getting along fine with the natives. Yes, there were some bad Tribes, but mostly few and far between. 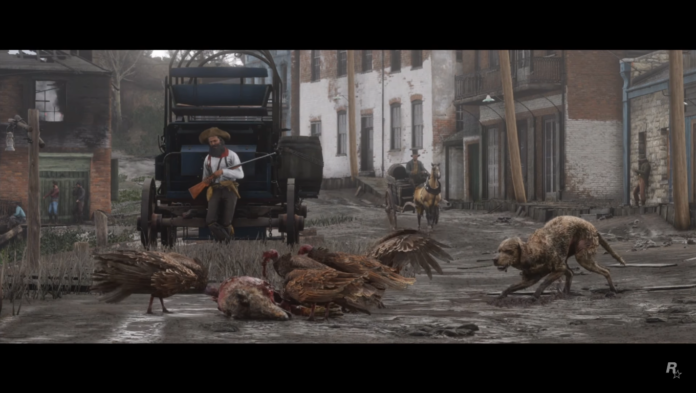 Times look rough, but people seem to making the best of it.

Rockstar has such a great opportunity to deliver a tale that is bathed in more of a classic period piece than a ritzy Hollywood do over. If the game looks anything like what the teaser presented, they just might deliver that game. It seemed calm yet brooding. It seemed slower, while being thoughtful. The posse of men on horseback seen in the trailer is fitting for the time. It was stupid to travel alone through the wilderness of America, and cowboys relied on each other for not only companionship, but the journey ahead. My mind keeps wandering to The Magnificent Seven though and I can’t shake that this is what might be showcased. A band of cowboy bandits causing all sorts of mayhem in a sort of Magnificent Seven bizarro world. The previous two games were great because the stories encountered seemed real; the characters seemed like real people dealing with personal qualms that had nothing to do with me. It’s the reason I loved the Witcher 3, the world didn’t care about the player, but if I could stop and help, I’d go for it. Otherwise, time to hit the dusty trail.

Until Rockstar reveals more, though, I will keep being nervous over just what Red Dead Redemption 2 is. A lot of rumors are floating around that it’s a prequel. If it is, they could knock it out of the park, I just don’t want them relying on The Magnificent Seven to do it. Give us an American classic, something steeped in our own mythos, while keeping it fresh. Running and gunning is fun in games, but you can get that anywhere (GTAV/any shooter ever). Let’s see a western tale more in truth with reality than Hollywood. There are so many other stories out there that get overlooked. If it is a prequel, the fall of John Marston’s gang could be done with style. How cool would it be to build up a bandit posse only to have it all ripped away (or in Marstons case, walking away)? Usually in games where the player must form a crew (Mafia III/GTAV), it’s to set out on some serious mayhem and succeed. To have a game where the player forms their crew only to have it taken away would be the ultimate middle finger to that style of storytelling in gaming. Especially coming from Rockstar. Not only would it flip the script, but it would show Rockstar can even go against their own grain, while not borrowing from Hollywood. 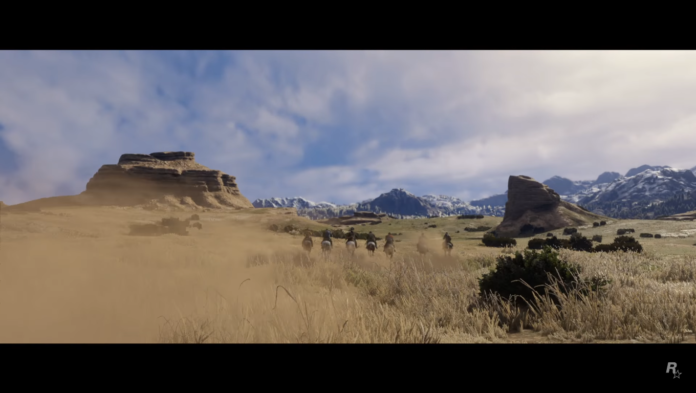 Cowboys being cowboys, still looks like The Magnificent Seven.

Red Dead Redemption 2 has been hyped to hell and back as of last week, and while still not too much is known about the narrative that will be presented, I just can’t help but want another Rockstar tale that blows my mind. The ending of Red Dead Redemption might be one of my favorite endings of any video game ever. Until more is shown, though, I can only dream.