It’s putting it light to say that Red Dead Redemption 2 has had a rough launch on PC. The long sought after and highly-desired PC port of last year’s beloved western shooter finally hit the open platform earlier this month and it was less than optimized. The biggest problems, that even I ran into, was the constant freezing and hitching that made playing near impossible. It was frustrating to see the wonderfully-rendered world only for it to freeze every minute or two as the audio continued forward without you. Over the last couple of weeks, Rockstar has been working hard on the release to help rectify the situation and the issues fans were having and a good number of the problems have been fixed. While it’s not perfect, the patches that have come out offer what could potentially be the best version of Red Dead Redemption 2.

If you played Red Dead Redemption 2 last year, there might be little incentive to actually come back and replay it. It’s the same game we’ve come to love, but now with more options both on the visual and control front. There are a couple of new weapons, missions and hideouts to be found, but it’s not something existing players will jump right back in for. Controls are what make this game all the better on PC. One of the biggest issues I had with the original release on consoles last year was that the controls were an absolute mess. This is a massive and incredibly complex game where it feels like you can do everything, but because of that, the developers had to fit everything onto a controller and its limited number of buttons. That’s not to mention that the animation team seemed to have a field day with every small little detail. Having a keyboard and mouse makes this game vastly more enjoyable from a pure controllability standpoint. Mind you, there are still aspects that can be annoying control-wise, such as in camp and on a horse, but I felt like I was screwing up far less than I was with a controller; I’ve yet to jump off a bridge to my death, although that will most certainly come eventually. 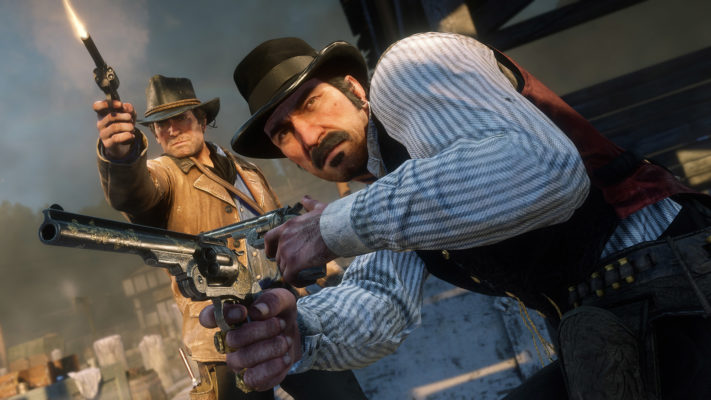 Red Dead Redemption 2 originally looked visually impressive and it still holds up a year later. I suppose there haven’t been too many monumental games that tested the visual landscape, with the exception of maybe Death Stranding, but even then, I would still take Red Dead Redemption 2 over that any day. The technical achievement Rockstar was able to accomplish made the world breathtaking, making you want to just sit down and look out on the horizon from dawn till dusk. Being on the PC, we have the means of going up to true 4K resolution and 60 FPS, although capturing that high level of gameplay would need a serious gaming rig. There’s also higher quality assets and streaming available, even though it doesn’t feel like a monumental leap forward. Don’t get me wrong; the improved textures, water physics and draw distances help immerse you more into the world, but when the game already looked so good, this feels like a minor upgrade when really it’s one of the best looking games on PC.

Similar to how Grand Theft Auto V was handled, Rockstar has offered an incredible number of visual options for those with a range of computers. Actually, the requirements to run the game are reasonable, with a GTX 770 / Radeon R9 280 and an i5-2500k / AMD FX-6300 being the bare minimum, which if you’re familiar with PC components, you’ll know anything within the last six to seven years can run this. The recommended specs are a little higher, but still surprisingly reasonable, with an i7-4770k / AMD Ryzen R5 1500X CPU and a GTX 1060 / Radeon RX 480 suggested. We ran this on a GTX 1060 and an i5-6600k, and while we did have to turn down a couple of the settings at 1080p, we were surprised how well it handled everything. Granted, this came from a set of platforms that are showing their age, but the amount of detail and lightning techniques really showcases the game’s graphical prowess. There’s a great selection of graphical options, from the standard texture quality and anti-aliasing options, to even more advanced settings, such as utilizing Vulcan and DirectX 12, adding longer shadows to geometry, better water effects, tessellation, fur quality and so forth. This is a fully customizable game and the prospect of player mods makes this exciting. 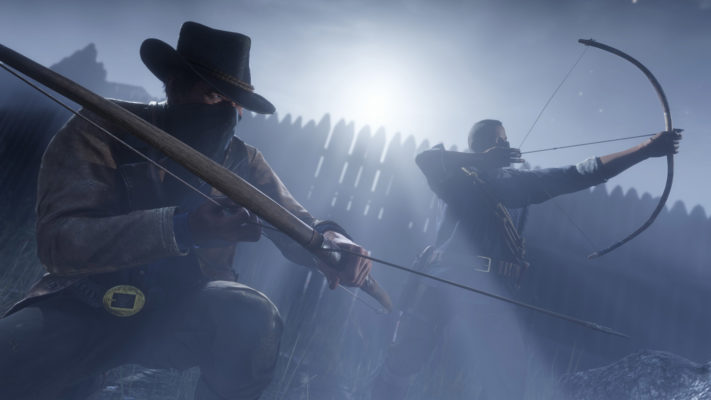 With 2019 all but wrapped up, I believe that Red Dead Redemption 2 on PC is the best open world game released this year. There are annoyances that come in the sacrifice of immersing yourself in a realistic western shooter, but they do little to damage a game such as this that’s dense with content. That’s on top of the absolutely phenomenal story which tells an engrossing tale. If you somehow missed the opportunity to experience this gem last year, this is now the best time to do so, especially with Rockstar fixing most of the problems that plague it when it launched. Alternatively, if you’re a diehard fan who absolutely loved the game when it hit last year, then you will most likely get a kick out of this release, provided you have the PC to take advantage of its more advanced graphical settings. For anyone else who played through this lengthy western, there’s not a whole lot here that screams come back for a second go around. Is it the definitive version we had all hoped for? No, at least not yet. There’s still work that needs to be done, but the potential of mods has us eager to see what the community can do.