There are certain inevitabilities in this world. Death will come, taxes will be collected and sooner or later Skyrim will get a new port. Bethesda’s master plan seems to be eventually having Skyrim available on more platforms than Tetris, but while it’s easy to poke fun at all the different reissues this 2011 title has recently received, I’m currently working on four different characters on just as many formats so they were at least smart about choosing which game to go with for an annual release. To be fair, the newer platforms have added some changes to alter the experience and make it feel new again.

Reviewing Skyrim again seems like a pointless endeavor since by now most gamers (and probably many nongamers) know what Skyrim is and understand the gist of it, but for those who don’t or just want to read a review, we have ones for the 2016 Special Edition, Nintendo Switch and PlayStation VR. The Elder Scrolls titles have all been in worlds that were easy to get lost in where a simple quest can end up taking a dozen hours because the player is too busy wandering around, taking on random side quests and exploring new locations that just pop up on the map.

Skyrim has always succeeded in delivering immersion in its gaming experience since its original release and to say Skyrim VR increases this is an understatement. Aside from turning your head and being surrounded by the frosty mountains and forests, the control mechanics (at least on the Oculus Rift) make the player feel as though they are actually in Tamriel and doing the things that could only be achieved with simple button pressing months ago. Assuming Comfort Mode is disabled, the player has to physically crouch down to enter sneak mode. Swinging the controls to mimic the weapon is how melee combat happens and drawing the bow string after placing an arrow is how range combat can be done. It’s not exactly at the level of Star Trek’s Holodeck, but it’s getting closer to that level of immersion and a step beyond most of the motion controls from the days of the Wii or Kinect. 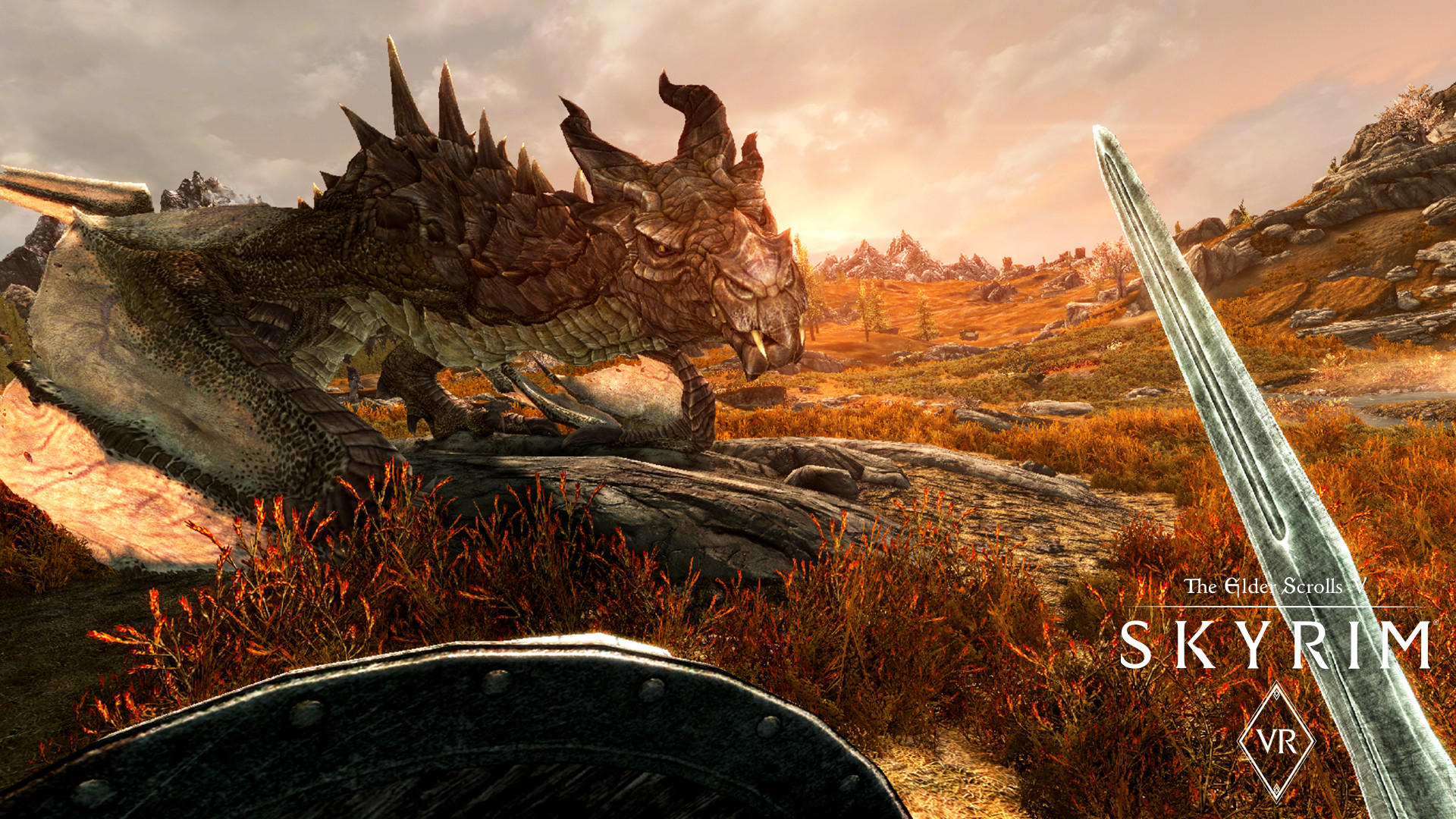 There is no real debate: Skyrim is a great game and having games like that and Fallout 4 in VR is probably what we have all been hoping for since home VR actually became a thing. The developers did a great job converting Skyrim into virtual reality and even with my Oculus library starting to become a respectable size, Skyrim VR is still the best. The problem is that it’s getting to the point I feel like I can ascend the Throat of Winter in my sleep and finish Arngeir’s sentences for him. Skyrim is great and each reissue has brought something new to the experience, but it’s time to move on to something else.

People may lament that the passing of years is unkind to their appearance and this statement is even more true when discussing video game graphics. What I would like to see is taking an older Elder Scrolls game like Oblivion, Morrowind, Daggerfall or even Arena and give it a modern HD facelift and port it to current systems. I am aware that is quite a tall order, especially since it becomes more difficult as we go further back into the history of The Elder Scrolls, but those were all great games, and thanks to the ever expanding The Elder Scrolls online, some of those game assets could speed up the process. Morrowind was an amazing game in 2002 and giving that title the HD treatment could introduce a whole new generation of gamers to one of the great games of the early 2000s. Or better yet stepping through an Oblivion gate in The Elder Scrolls IV in full VR, where the player would actually feel like they were inside Tamriel’s equivalent of Hell. Skyrim is probably the most popular entry in the series and the easiest to convert to HD and VR, so it does make sense to see as many versions of it as we have. Every time I see a new version of Skyrim, however, I think of all the other Elder Scrolls titles that could be fun to revisit. 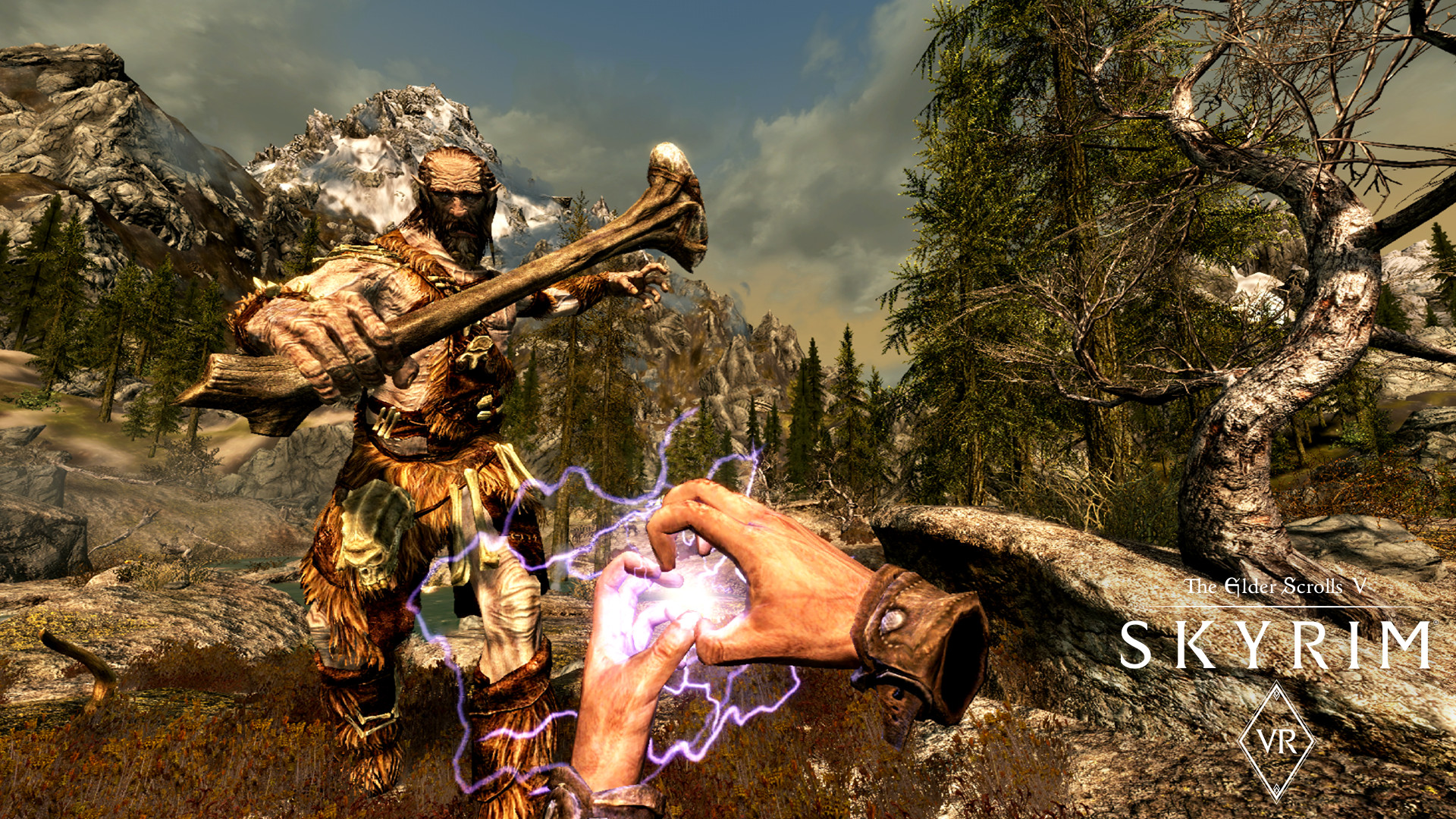 Of course, as exciting as it would be to see any of the other Elder Scrolls titles get an HD or VR remake, nothing would be more exciting than if The Elder Scrolls VI was announced. Maybe that announcement may come soon, maybe not, but it will always be the dream. In the meantime, The Elder Scrolls Online shows no sign of slowing down with the new Summerset expansion launching in June, and Skyrim VR on PC is a great way to get reacquainted with the Dovahkiin.