SNK Gals’ Fighters was an interesting release when it first hit the Neo Geo Pocket Color in 2000. The portable itself had received rave reviews and its fighting games were some of the most beloved that portable gaming had ever seen. Samurai Shodown, King of Fighters and even Last Blade showed that the device’s micro-switch joystick and two button layout could work for on-the-go brawling. Having a female-only cast was a rare at the time, however, and even now not something seen all that often. Games like SNK Heroines and Skullgirls are two examples, with the latter being closer in overall tone to SNK GF as SNK Heroines was a fanservice-filled affair and both Skullgirls and Gals Fighters put the emphasis more on the fighting than the fanservice.

Now, to celebrate the 30th anniversary of the Neo Geo platform, SNK Gals’ Fighters is back — with its first official port of any kind in twenty years. The core game is a one-on-one fighter, unlike SNK’s most famous franchise King of Fighters, but with a much brisker pace than most. Double taps allow you to dart around the screen with a slew of characters from the company’s history. The usual cast from Fatal Fury and KOF is here, alongside characters from Last Blade, SamSho and Athena from Psycho Soldier. The default cast of eight is a bit lean, but can be expanded to eleven via unlocks. 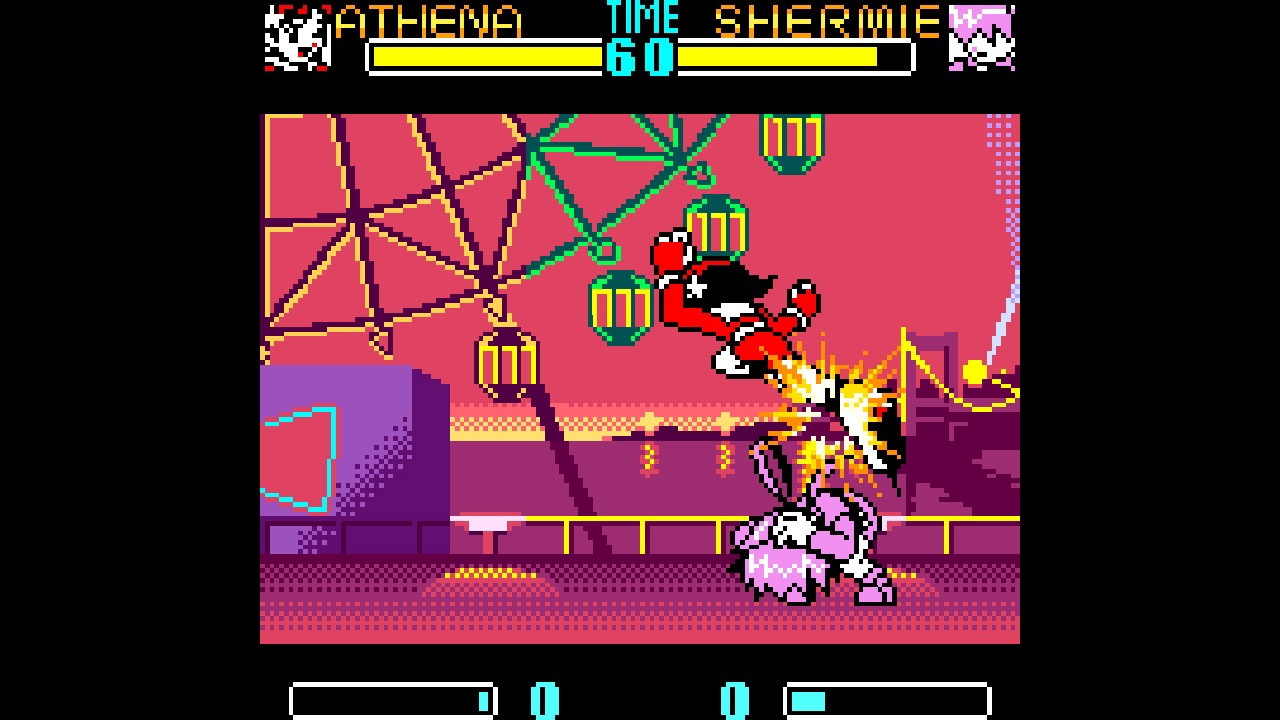 The cast is small in number, but diverse in how they play. Mai is a great balanced character with her mix of projectiles and kicks — and is perfect for those used to Ryu and/or Ken from the Street Fighter games. Athena plays a lot like Chun-Li pre-fireball with her speed and agility allowing her to move around the screen faster than most, and employs a stick and move attack strategy to whittle away health slowly but surely. Her diving elbow also allows her to get in a devastating divebomb-style attack from above with little set-up time.

From a core fighting perspective, Gals’ Fighters has held up well — and a lot of that is due to 2D fighters remaining a constant in the industry now, but being rarer when the game was new. Now, we have so many more 2D fighters with a lot of fan games out — including some that aim to replicate the Neo Geo Pocket Color’s unique sprite art designs, like Pocket Slam Plus. Weapon-less fighters are less in vogue now and that helps the game feel fresh to this day, with the art style holding up nicely. Sure, the character art may be limited, but a lot of information is gotten across with such limited designs. 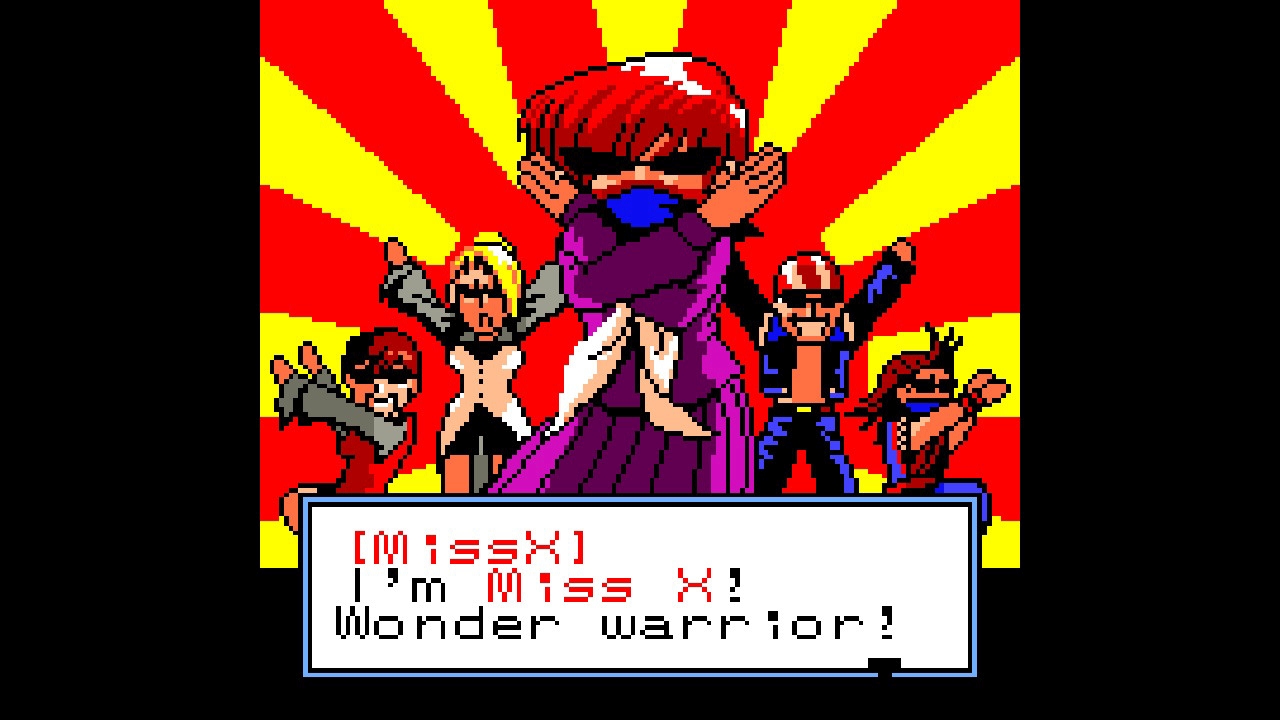 Facial expressions are shown off well as are poses between fights, with victory poses nicely showcasing some of the characters’ personalities. The overall presentation is fantastic, with character building being done after the game as well with things like a credit scroll showing off more character art and a runthrough of all the cast showing off celebration poses and again showcasing some personality — with some like Shiki being more serious, while Mai is as goofy as ever. The post-credits art also enables you to see just how much detail you could get out of the NGPC’s hardware — which was underrated when it came to showing off gorgeous graphics.

With Gals’ Fighters, animation shines brightly as every move stands out even if it’s the same basic move based on how it’s animated. No two characters have the same frames of animation for any one move and clothing has a surprisingly high amount of animation as well. That’s one underrated part of a fighting game that SNK always got right in their arcade cabinets, and it remains true here even with a more 8-bit look to most things outside of the portrait art and backgrounds. Despite twenty years passing, it’s amazing how much detail is packed into the environments of some of the stages. 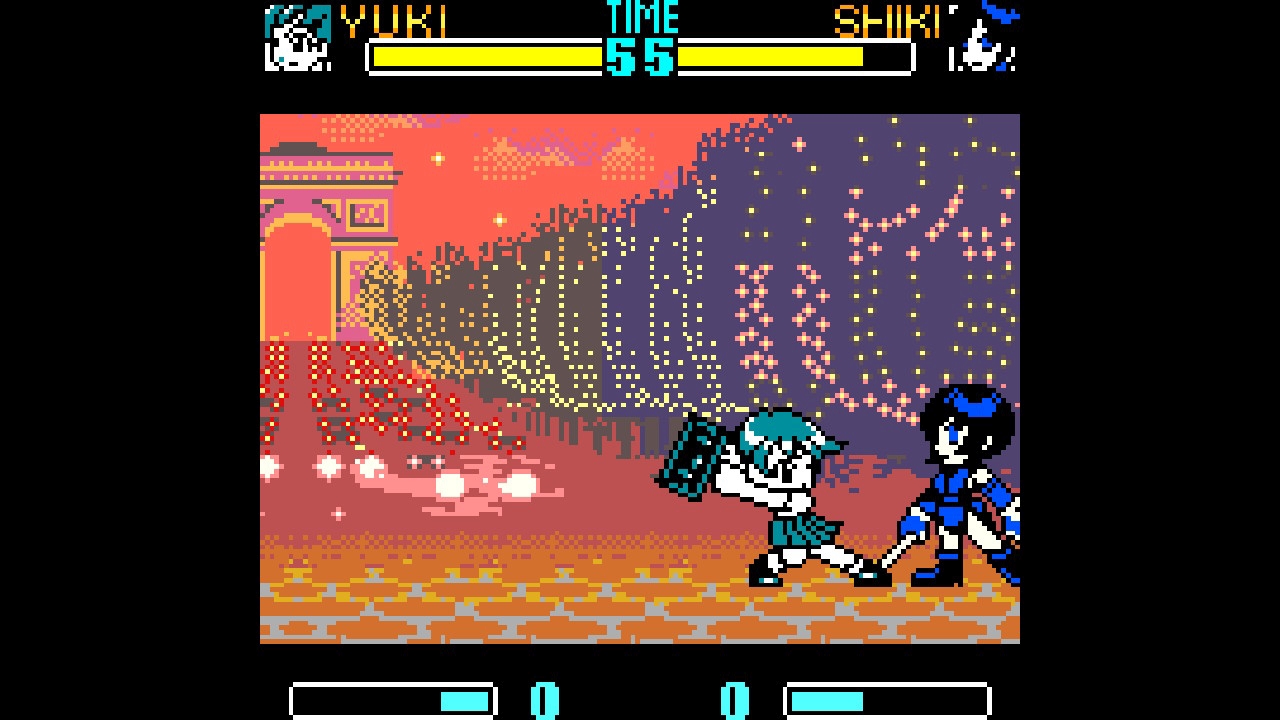 Leona’s pyramid stage features multiple layers of pyramids alongside construction equipment, while Akari’s beach area shows off lush trees, boats and hotels. Nakaruru’s night life stage showcases some of the best lighting seen on the system, with a perspective shot putting the characters at the forefront, while the background is full of moving tree lights and a back-to-front light show from cars darting around. The world-building as a result of the stage details is top-notch for the time and especially given the hardware limitations.

The Switch incarnation allows you to play the game in a variety of ways. You can play with a pixel-perfect mode using an NGPC-style trim and even customize the button layout using the buttons for that system on the screen to make sure you get things as you want them. You can also nix any kind of border and either play in pixel perfect mode or zoom things in a bit and use a 4:3 aspect ratio. This allows the pixel art to look more impressive and truly allows the backgrounds to shine better than they ever did on the NGPC’s original screen. 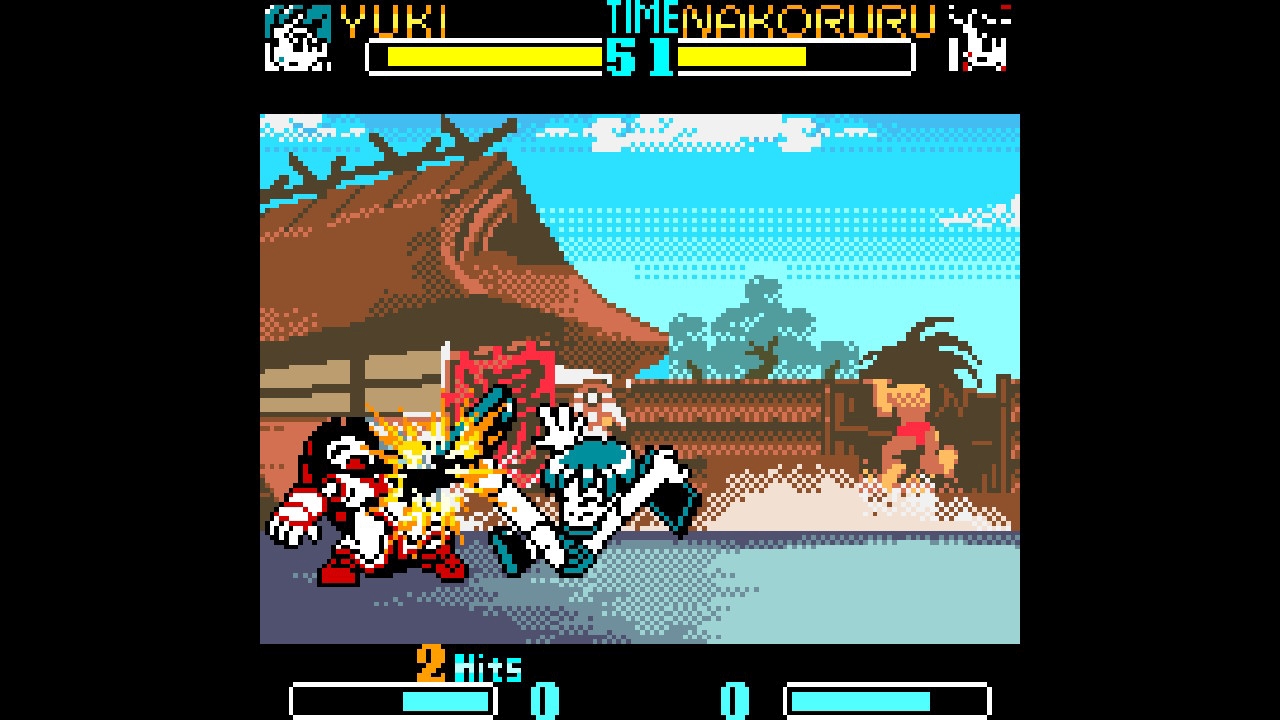 The visuals look great either on the Switch’s default screen on the go or on a TV, with the latter being a slightly better option if you want to up the resolution — although the game does feel more natural to play in portable mode with its origins being on a portable device. You can rewind the action if you so desire as well — so if you fall short at the final boss, as is customary in any SNK fighter, you can redo things as much as you need to. The lone area the game falls short in is its soundtrack, which is solid chiptune fare, but none of it sticks with you while you’re playing and the songs don’t fit the stages or the characters all that well.

SNK Gals’ Fighters remains an outstanding fighter two decades after its initial release. The Neo Geo Pocket Color didn’t get nearly enough love when it was new, but with releases like SNK Gals’ Fighters showing off how good its games were, hopefully the Switch winds up being a new home for its library. While this game is priced reasonably at $8 given how well-made it is, a larger collection of games from the system’s library would probably be the most customer-friendly way to do things as it was a niche system in its day anyway, and a larger set of games for $25 or so would be an easier sell than $8 each via piecemeal releases.