Frictional Games recently announced SOMA will be getting a watered-down version of itself December 1, when it introduces a Safe Mode, based off the popular Steam community mod for the game “Wuss Mode.” It immediately might raise red flags for some — especially those new to the game — for what’s a horror game without monsters? For anyone who’s played SOMA this won’t matter in the slightest. SOMA was never terrifying because of its monsters, they were more like angry groundskeepers than nightmare abominations out for blood like in other horror games. The real horror in SOMA was always the knowledge of what lies in the depths of one’s unconscious and the horrors of facing the realities we might not want to see. SOMA wanted the player to peek behind the curtain, and once the curtain was pulled back, there was no stopping the sensory onslaught of one of the most terrifying games in years. SOMA makes the audience question self through use of environment.

What begins as a visit to the doctor for a radical new procedure which involves mapping the brain quickly turns to complete abandonment in the comfort of knowing ones’ environment. SOMA immediately disorients the player and character from anything they might find familiar. Thrust into an environment that isn’t hostile, but doesn’t come off as safe either. The room in which Simon (player protagonist) finds himself in after the brain scan is complete (the visor rising slowly off his head) is stagnate, nothing moves, a low fog hangs in the air and it all seems dead…almost.

SOMA sets the tone for what is to come in a gripping way. There’s nowhere to go and it’s obvious from the moment of waking up in this strange place. SOMA has given the player the quest without having to do anything. It’s a narrative beat that carries the momentum of the game forward while also presenting the scope of things. All that matters in that moment of waking is getting out of wherever Simon is. Any desire to stick around is hampered without question; why would anyone want to give way to exploration of this extremely foreign space? It’s claustrophobic, disorienting and cold. 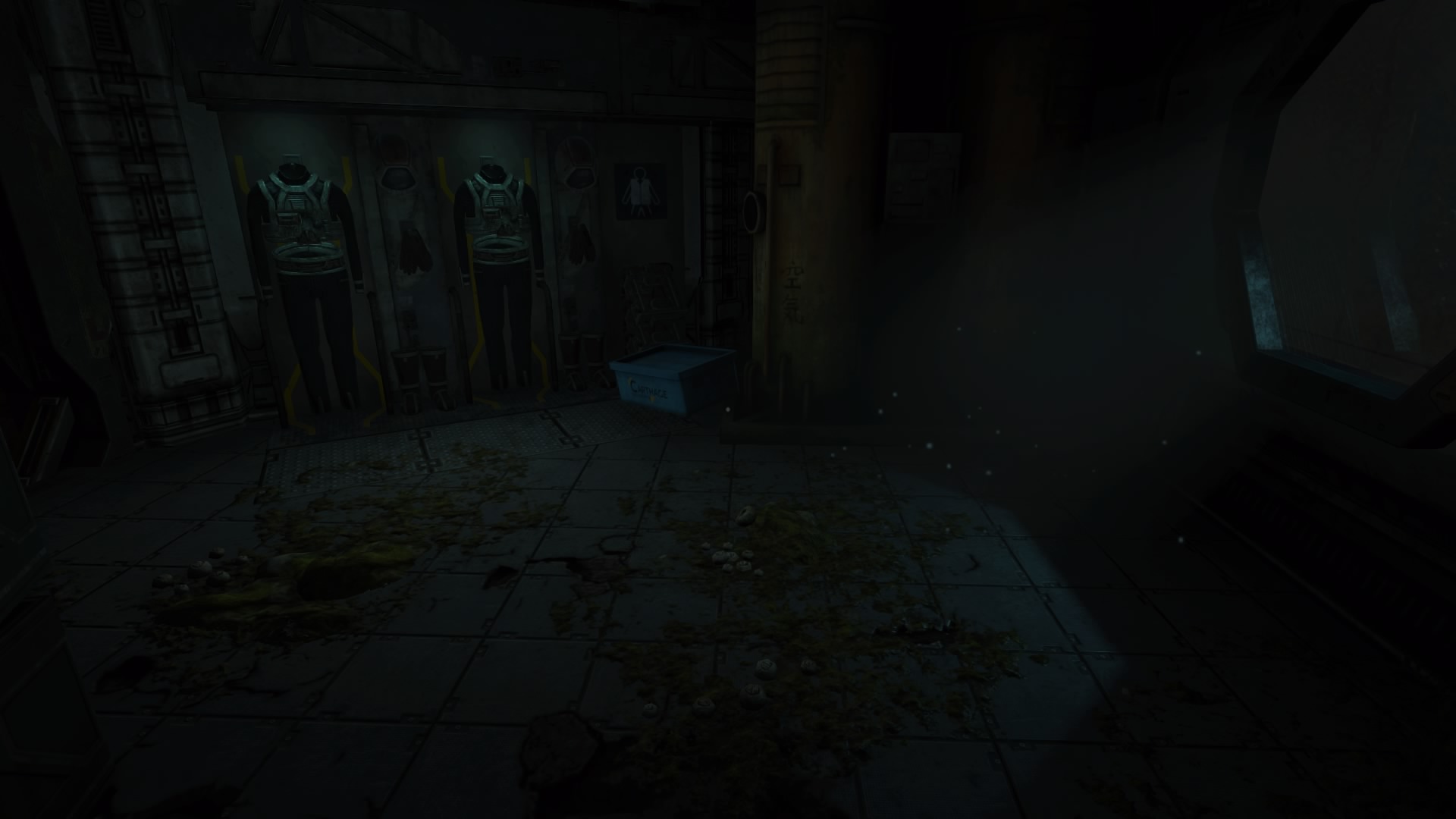 This stark shift in setting helps push the spotlight from Simon’s brain trauma to this alien place he now finds himself in. From here the ball of yarn begins unraveling at a pace that remains steady throughout, just when it looks like it might stop rolling it continues to unwind. SOMA is a systematic breakdown on all the senses, being an aggressively-invasive game. Simon might be in a place that he doesn’t belong, but it’s invading his space, because of this fact of him being where he is. This is played up even further when Simon begins commenting on himself, things around him and anyone he might encounter along his journey out of this nightmare. As if something from out of Alice in Wonderland, nothing makes sense and everything seems to be upside down.

It is quickly revealed that Simon is not only somewhere he doesn’t belong, but he has also somehow managed to be transported to the bottom of the ocean from Toronto. How appropriate. There is something terrifying about bodies of water, it’s a powerful thing that holds mystery to it’s chest and only by wading in can anything be gained. The situation Simon finds himself in can be best summed up as someone forcing another to plunge into their subconscious, and from there begin mucking around. We like to think we know ourselves, but always in the background is the question, how well do I really know myself? What better metaphor for the subconscious than the bottom of the ocean? 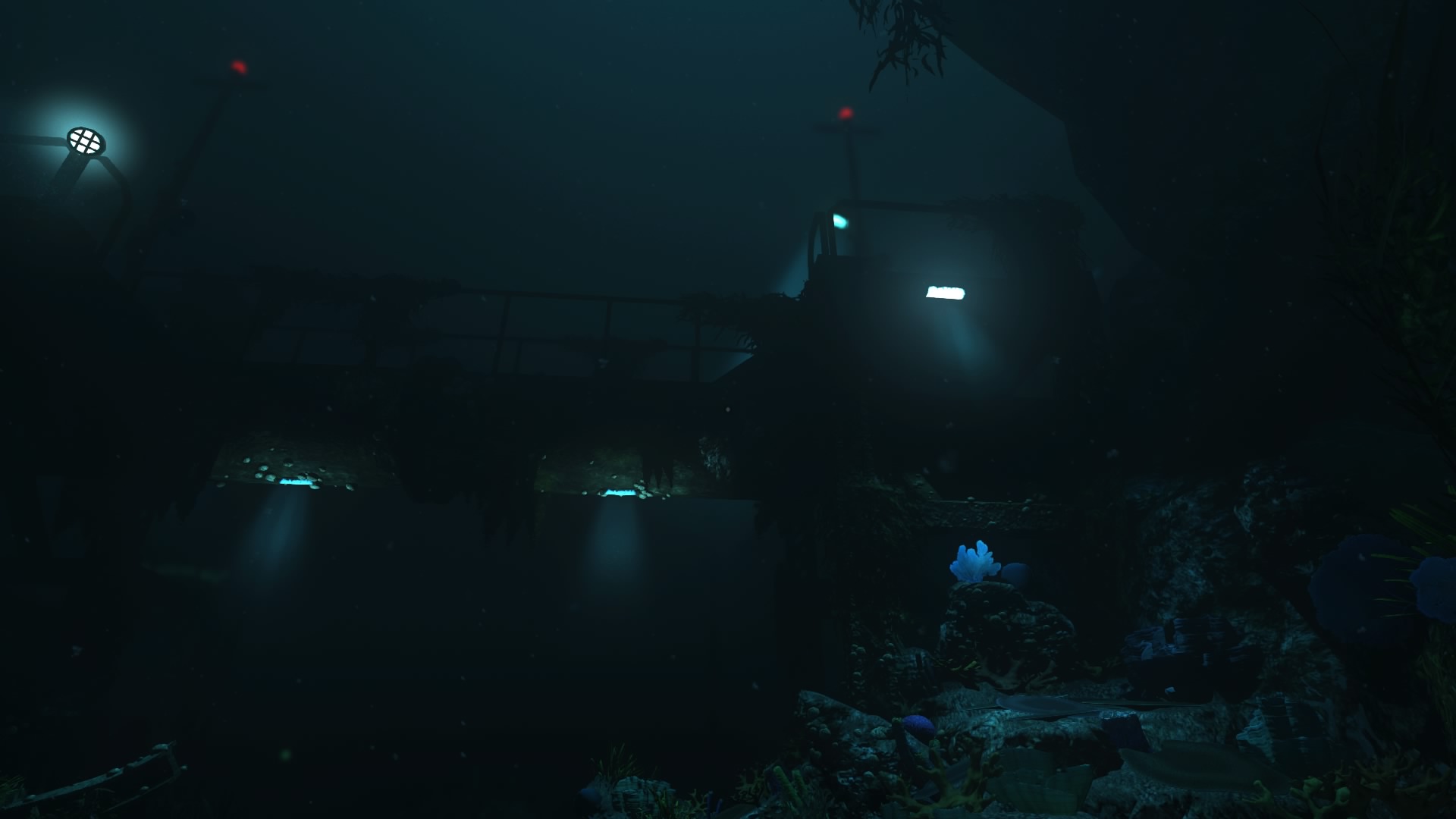 Simon is given free reign to poke around, figure out how he got where he is and how to get out of said situation. From here the sea lab that has become the last refuse of humanity surviving the Apocalypse (look up, Low) is more like a map of Simon’s brain than some foreign entity. The duality being that Simon is in a place that allows him to access its many areas with the use of the Omni-tool he picks up, like one can access the many compartments of the brain. Obviously, the brain does not have compartments, but think of it like flipping through memories. It’s easy to do, but sometimes getting to a memory can be tricky. Doors that were seemingly locked become unlocked, things move around without seeing them and only one thing can be focused on at a time.

What does all of this have to do with the monsters, though? As stated, the monsters in SOMA are just as much a part of this place as Simon is, even after a big reveal. Toning down the hostility the monsters carry with them in the original format of SOMA is brilliant, for it follows suit with what makes the game work. Sometimes digging into our past means hitting memories that might still be harming us and that’s what I like to think of the monsters of SOMA as. Monsters that live inside us, that sometimes we don’t want to face or don’t need to face because we’ve already moved past them. Yet, when we do manage to go poking around, those monsters will bite back. With the Safe Mode, the killer-robots aren’t tepid, but they aren’t out to actively pursue Simon either. Like anything that wants to be left alone, poking the bear isn’t advised. 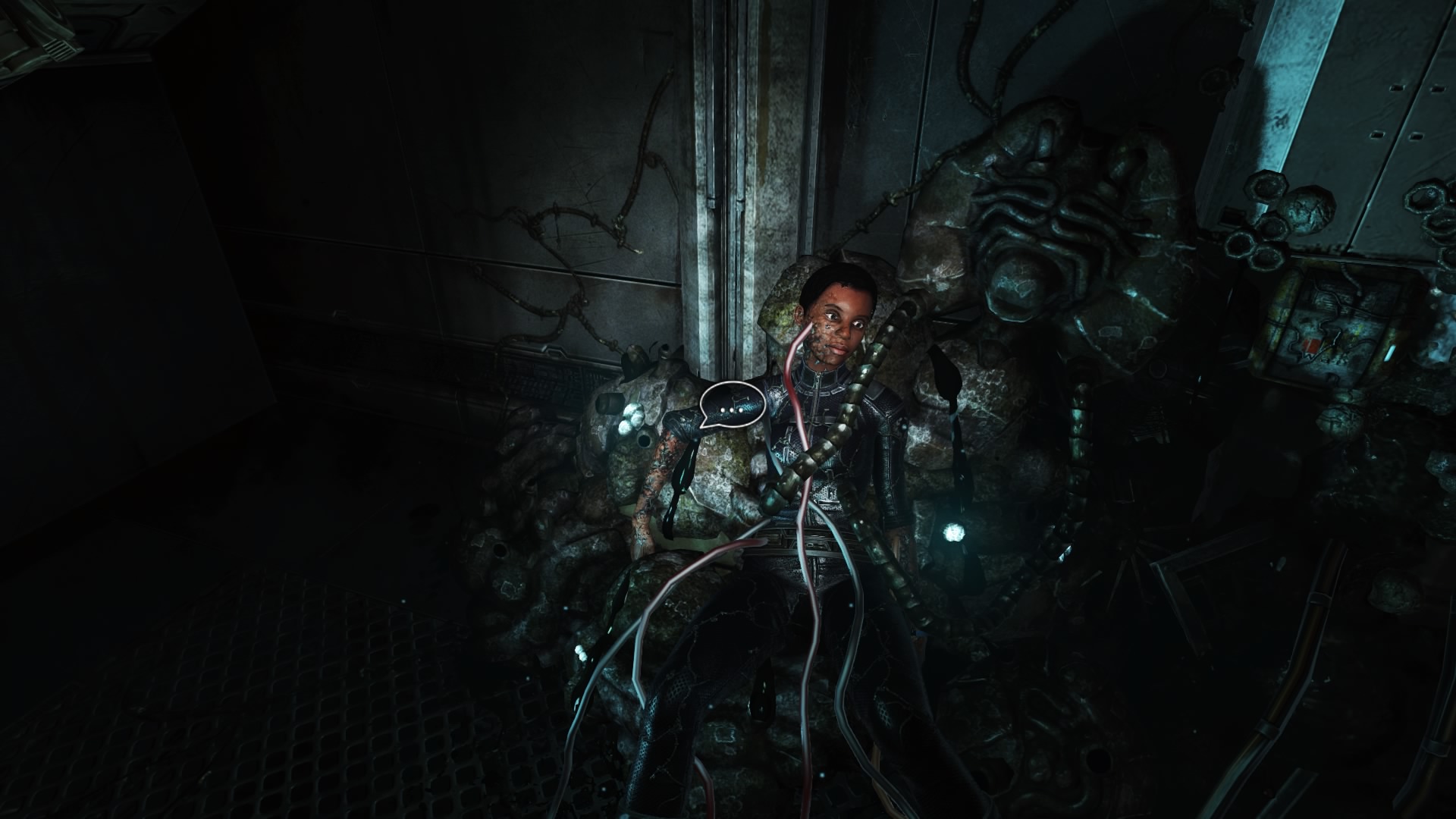 This is sad and unsettling, just a bummer all around.

Giving agency to Simon with the environment and taking focus away from threats out to actively harm him means freedom of exploration. This allows for leaning heavily into what makes SOMA exceptional. Being at the bottom of the ocean is not only the physical space which Simon occupies, but also the enemy itself. Why would SOMA need wandering encounters if the entire world is made out in such an oppressively uncomfortable way? That’s what SOMA does; pushes down with all the weight of an ocean on top of you. It’s terrifying because it’s a living thing, and even if Simon didn’t mean to end up where he is, he must move with the situation he finds himself in.