Say what you will about Star Wars Battlefront — and critics have had some rather critical things to say — the iconic music by John Williams that accompanies the game is sure to please even the most critical fans. Except, of course, that while some of the tracks are pulled more or less intact from the films, a great deal of Battlefront‘s score is actually by Gordy Haab.

Haab is a prolific and well-respected Hollywood composer and  has written music for dozens of feature films, games and television shows, including Activision’s Walking Dead: Survival Instinct, Kinect Star Wars, and Star Wars: The Old Republic. He has very obviously absorbed John Williams’ musical language, which unlike most video game music, depends far less on simple repetition or noisy energy to carry the moment. Williams himself is “old school” — he still composes with pencil and paper instead of computers and samples — and his music is highly influenced by the classic film scores of Bernard Hermann. His scores are lush, melodic and dense with moving and shifting colors. John Williams original score for Star Wars was one of the first to use the 19th century Wagnerian idea of “leitmotif,” or assigning a theme to a character or situation. What Star Wars fan doesn’t instantly recognize the march-like Darth Vader theme, or the soaring “Luke and Leia” melody? 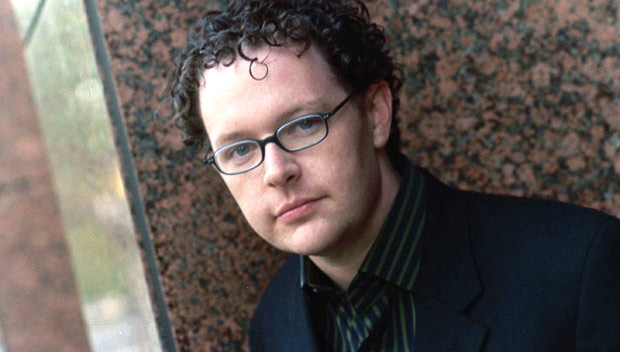 What Haab has done is take John Williams’ memorable melodies and in many cases, re-orchestrated and reworked them to fit the game. While some critics and players might notice and object to the use of music not from the films, or Haab’s rethinking of the familiar themes, the reality is that game music has its own, very specific, requirements as to cue length, pacing and adaptability to gameplay repetition. A perfectly written cue for a scene in a film would not perfectly fit into a game’s cutscene or action sequence. Game music is meant to be listened to repeatedly during multiple playthroughs; film music is not.

Additionally, Haab has written entirely original cues that seamlessly match John Williams’ style. It is actually remarkable how well Haab is able to mimic the work of the legendary composer, while still adding very distinctive musical gestures of his own. While it would be amazing to have an entire, original score by Williams’, it is unrealistic — and economically unfeasible — to expect the 83-year-old composer to produce the dozens of cues that make up Battlefront‘s soundtrack. Lacking Williams’ participation, lovers of Star Wars can enjoy a rewarding musical experience.