Super Seducer is a game (and I use that term loosely) that supposedly teaches the player (pun intended) how to pick up women through basic psychological manipulation. Much like Richard La Ruina’s preferred targets, I was naive about the exact nature of the title or even La Ruina in general when I decided to check out this Super Seducer. I didn’t really know exactly what the title would entail but for whatever reason I was thinking something like a 1950’s style guide on How to be Swell except geared toward striking up conversation with the fairer sex. Yeah, I sound like an idiot for expecting something like that when I typed it out but perhaps I was being optimistic about the nature of Super Seducer. I didn’t want to write anything about Super Seducer since the less attention this game receives the better, but article quotas are a thing and I rarely get to write about truly awful games.

For an in-depth look at the game you can head over to our review, but in a nutshell Super Seducer is a throwback style game using live action video that was briefly popular in the days of Sega CD and the acting is just as bad as it was in most of those games. The game is basically watching videos of Richard La Ruina hit on women while the player chooses what comment or action he should execute, and after watching it play, he discusses why the choice was good or bad. A bad choice gives a quick discussion in an empty bedroom, a good choice has him explaining the wisdom of the choice in the bedroom with two women. He is fully clothed, the women are of course stripped down to lingerie, remaining completely stationary as they really serve no purpose other than eye candy in La Ruina’s sleazy fantasy that he is trying to sell. Sadly, this basic exploitation of half-naked women is among the least offensive things in the game.

I’ve met some douchey guys in my time, but this guy takes it to a whole new level to the point that I can actually smell the Summer’s Eve wafting off of him through the monitor. The only thing involving ass this guy should get is a wuppin. Any charm that his British accent might bestow upon him is quickly lost with the misogynistic nonsense that comes from his mouth. He is a firm believer in waiting until the target of his affection has been heavily drinking to make his move on her, because she would have to have impaired judgment to think this is a worthwhile person. It’s not that trying to pick up women in hopes of sleeping with them is a bad thing, since the continuation of our species is somewhat dependent on that, it’s the attitudes this guy exhibits and his approach that make him seem like some foul creature that should slither back into the primordial ooze from which he came. 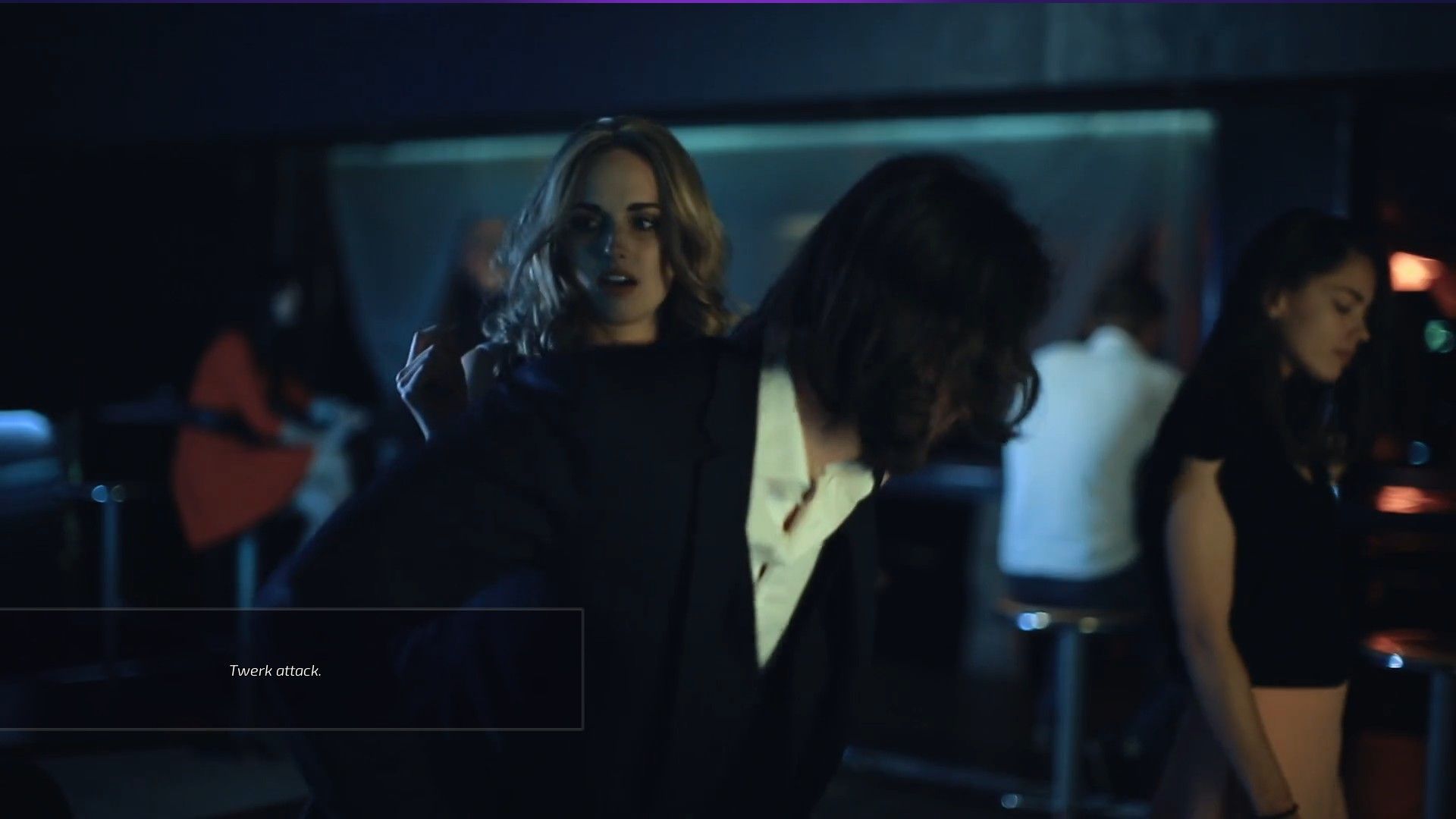 Throughout the chapters his approach to women is to be aggressive and corner them, like a predator hunting his prey. The idea of a women having any intellectual depth is such a foreign concept to him he is taken aback whenever one of his prospective victims shows a shred of intelligence or ambition. His mentality appears to be one where men take ownership of their women, even though he actively fights against this when she “belongs” to another man. Pro-tip: if a woman says she is involved with someone else, abort the mission. This means one of two things. The first possibility is she is single, but isn’t interested but she is telling you she is involved because she either wants to let you down gently or is fearful that you won’t leave her alone or try to harm her if she flat out rejects you, but regardless you’re a creep if you continue to pursue her. The second possibility is she is with someone, and if she lets said someone know you are continuing to make a pest of yourself, the next gal you try to pick up better have a fetish for toothless men. If she claims she’s with someone, wish her well and move on to someone else, just make sure to use a different pick-up line in case the new woman you’re hitting on was in earshot of the failed attempt. Besides, wouldn’t you rather work your game on someone who might actually be into you? According to Super Seducer, honesty is a virtue that is best used when it assists with his goal, but should be jettisoned if deception is the path that leads to the bedroom. The message that one can take away from this game is getting laid is more important than being a decent person, which is something the creator is banking on in order to sell copies of this game and sadly there are men out there who might be naive enough to take this snake oil as gospel.

This game does have some redeeming qualities in the unintentional comedy provided you don’t find him too creepy to enjoy it. Some of the bad choices that occur during the seduction process or on a date include pretending to be blind, trying to look up her skirt, telling some grandiose lie or exposing yourself in a public coffee house. Funny in their absurdity or cringe-worthy based on how creepy these would be in real life depends on your point of reference, but either way a lot of the bad choice options shouldn’t even have to be options because no reasonable person should even think of doing these. We offered an opportunity to interview Richard La Ruina but we ended up declining since the only questions I could think of were how long have you had to report a change in address to local law enforcement, how many feet exactly do you have to stay away from schools and playgrounds and does your mom tell her friends she chose to remain childless? 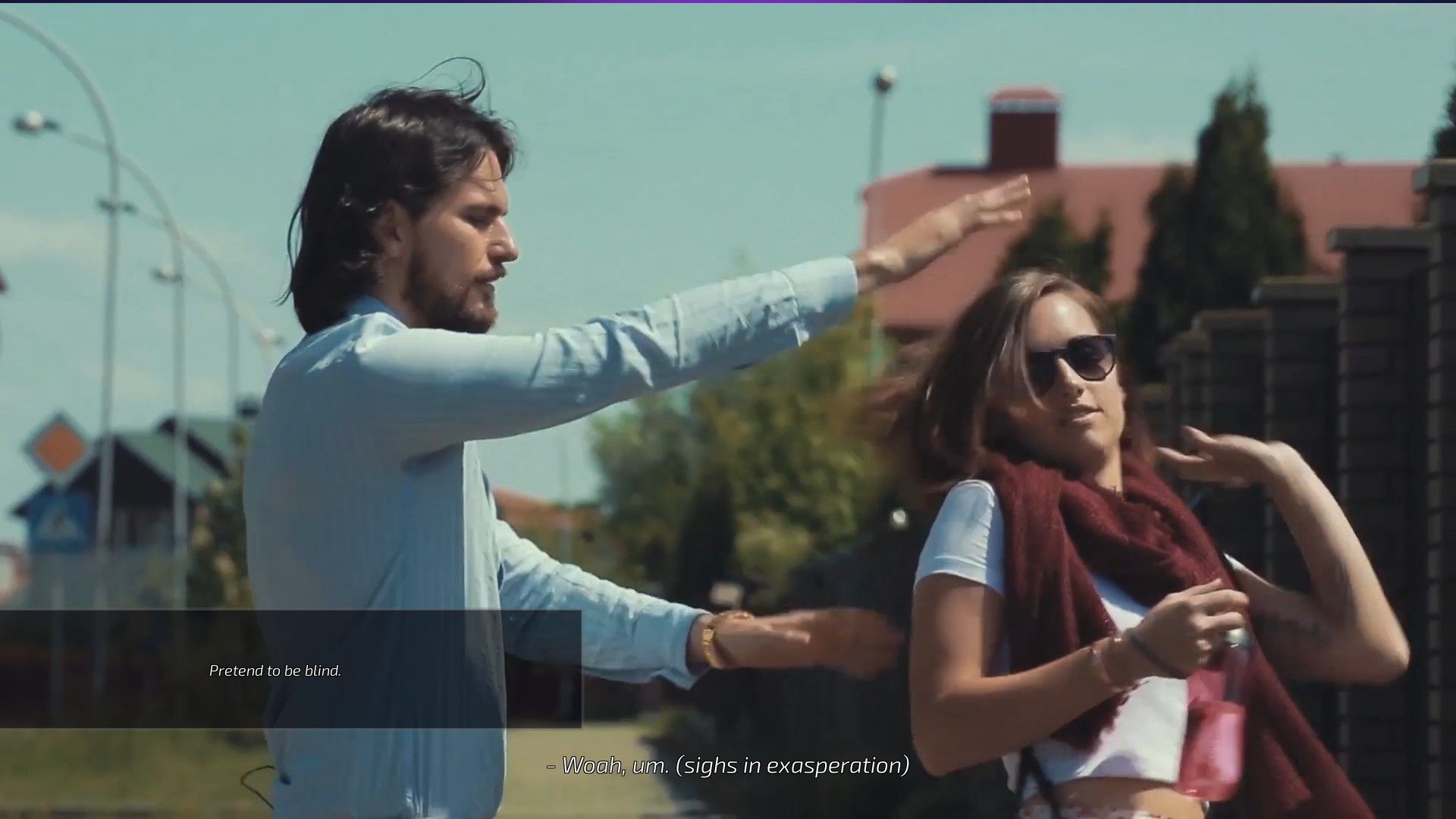 While having never met Richard La Ruina in person, I don’t know what type of person he really is, but throughout the game he seems like somebody attempting to appear charismatic and charming but is anything but. Doing some basic internet research didn’t do much to increase my opinion of him. He’s supposedly a great pick-up artist, and maybe Super Seducer ruins his technique the way a magician must never reveal their secrets, but the next logical step was to subject a few women I know to this game without any real context and keeping my assessment of it to myself since I want their real reaction.

Only eight women were shown gameplay footage, and while that is not a statistically significant sample size, the reaction was unanimously unfavorable. Some of the more memorable quotes given in response were “Is Super Seducer a real game?” “It’s horrible and none of this works,” “he’s a sexist and has absolutely zero respect for women,” and my personal favorite “Super Doucher is more like it. If someone approached me like that he would get throat punched.” Some more general comments complained about how he tosses around the word slut, his aggressive approach, ignoring a women who says she is involved with someone and encouraging people to wait until a women is drunk to make their move. Conventional wisdom says using a video game to get dating tips probably isn’t the greatest idea, but this title went to the extreme as far as a “how not to” guide is concerned. 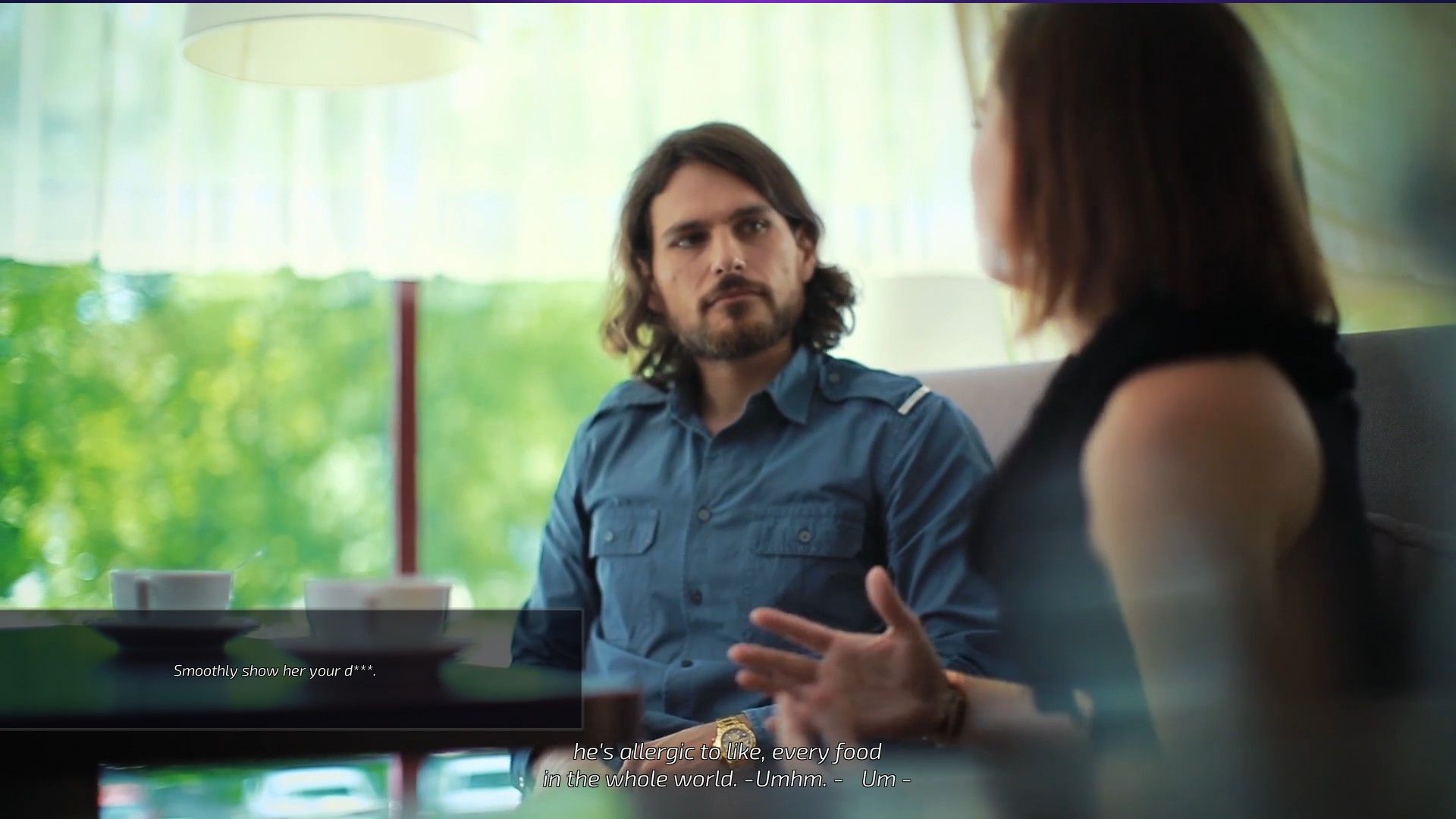 Based on personal opinion and the people surveyed, Richard La Ruina comes off a vile troglodyte in a very ill-advised dating guide. The “wrong” choices in the game should be obviously wrong in that they would likely get someone arrested or pepper sprayed and the “right” choices is basically whatever leads to getting laid, whether it be deception, manipulation or the rare piece of actual sound advice. Super Seducer fails at being an entertaining game and is an insult to the intelligence of anyone seeking its advice and the women they wish to pick up. I am no dating guru or pick up artist, but this is not the way to improve your dating game. Try being a decent human being and treat women with respect. That approach might not sound as alluring as the crap this guy is selling, but it’s an approach that seems to have a good track record.