Ever since Bastion arrived on the Xbox 360 in July 2011, Supergiant Games has been known for exploring gaming’s storytelling potential. It started with Bastion’s live-narration and has manifested differently in each of the company’s games thus far. They all have that signature feel fans have come to expect from Supergiant, yet still manage to differ widely from one another. Most immediately look to gameplay to exemplify this, but there’s just as much difference in how each title’s story is told. The studio’s latest game, Hades, has plenty of storytelling differences between it and all its predecessors, but perhaps it would be best to focus on how it differs from Bastion since it’s been nearly ten years now since the latter title’s release. Does the more recent Hades, a game developed by a much more experienced studio, do it better? Not necessarily.

In Bastion, the story is mostly delivered via narration. The world, the former “Caelondia,” is almost entirely destroyed before the game’s outset, leaving the player few clues as to its nature. It can be inferred that Caelondia had magic thanks to the ruin’s otherwise inexplicable floating nature, seeming lack of technological features and the Bastion itself, but that’s it. Everything else comes from an old man by the name of Rucks’ narration, and that’s mostly focused on the silent Kid’s present adventure. One has to listen to him carefully if they want to pick up clues about Caelondia’s past and who exactly the Kid, Rucks, Via and Zulf are.

It can be said that Rucks is even more central to Bastion’s story than the Kid himself. It’s Rucks alone who explains what’s going on from moment to moment, with the Kid simply acting as a character in the story Rucks is telling sometime after the fact. This is how Bastion’s signature feature, the constant narration of everything the player does, is integrated into the story. It also defines the player’s role in its telling. 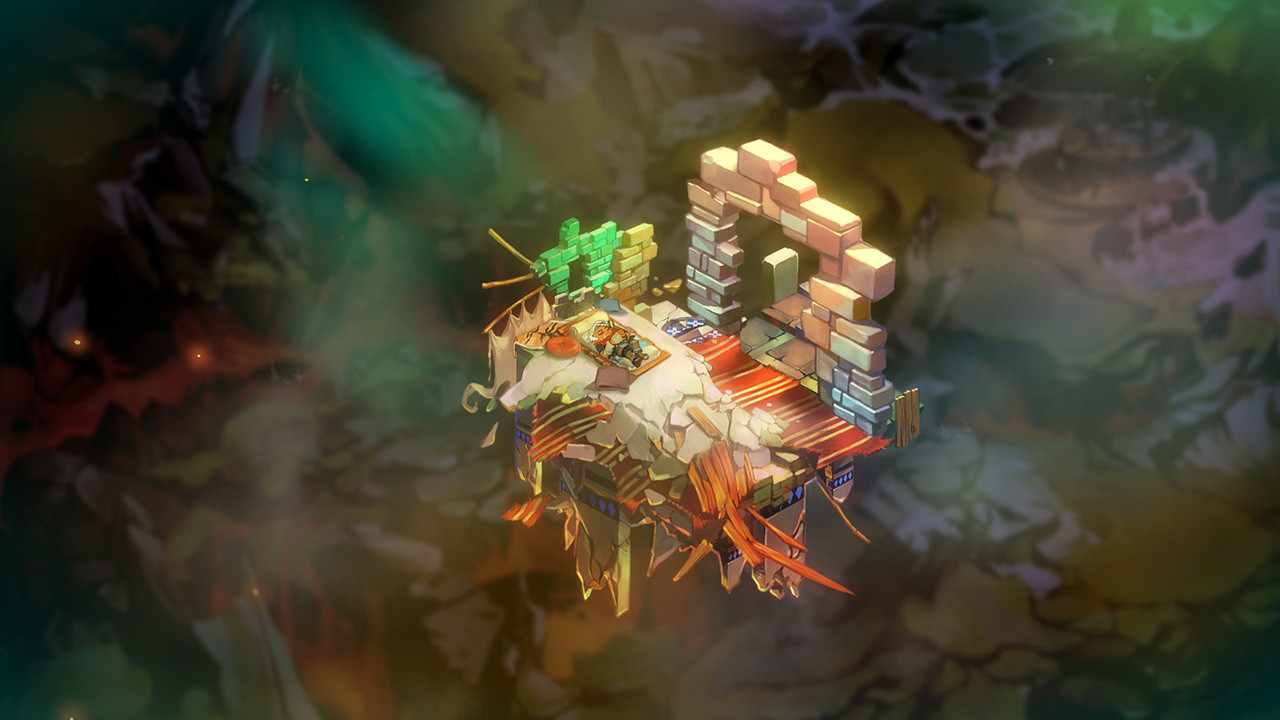 See, in Bastion the plot is set from the beginning; it’s not just set, but ultimately inevitable. Rucks strongly implies that everything has happened before and not just once. For all he and the player know, it’s been centuries since the original Calamity destroyed Caelondia. Thus the Kid, and by extension the player, has no real influence over the outcome until the end. Until then, all they can do is play it out. There might be subtle changes here and there, but the major beats are set in stone.

Narration is used in Hades too but only sparingly. It’s more window dressing than it is an important storytelling device. In fact, it’s mostly used to set up protagonist Zagreus for one of his snarky quips. The world of Hades is more fleshed out as well. Players need to do little guesswork regarding Hades’ inhabitants and the roles they fill. All of is laid bare through either their dialogue box or the convenient codex Zagreus obtains early on in the game. There’s one key element left out of their descriptions, though, and that’s motivation. Neither player nor Zagreus knows why exactly most of the characters do what they do and that mystery serves as a major motivating factor.

The nature of Hades’ story is also different from that of Bastion. In Bastion, the player is basically just along for the ride. All they’re really doing is playing out what’s already been decided. Such is not the case in Hades, though. Hades is the story of Zagreus’ escape (or attempt to escape) from the Underworld. The story begins with his very first attempt (under the player’s guidance) and it can only end once he finally makes it out. Thus everything that happens is determined by the player. 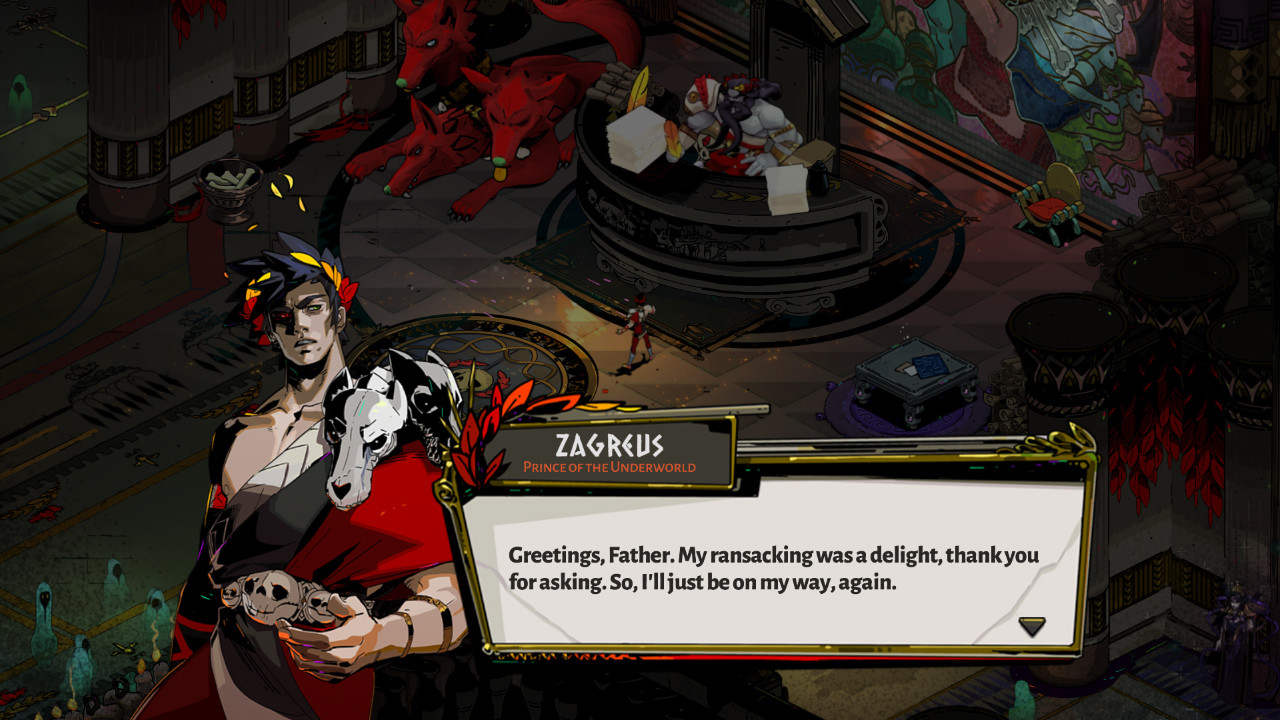 That is, they’re sort of writing the story as each attempt plays out. Depending on one’s choices, Zagreus can befriend different characters, master different weapons, be a force stronger than Ares himself or be little more than an average warrior who happened to get lucky. The characters he meets and reacts to is also up to the player, casting both gods and monsters in different lights depending on how well Zagreus gets to know them. The conclusion of Hades’ story may be just as inevitable as Bastion’s, but both its contents and characters are dependent upon the player’s choices.

Much has changed in gaming over the past nine years or so, but it looks like Supergiant Games is still hard at work pushing gaming’s storytelling potential forward. They began with Bastion, focusing on narration and the inevitability of players’ actions, and they’ve thus far concluded with reaction and a player-defined narrative. There’s more to dive into when it comes to Supergiant Games, but,based on this quick look, it’s probably safe to say that their experiments are still interesting and well-crafted.