Not long after Nintendo released the Switch, publishers quickly realized it was a great platform to eventually send just about every game. Getting games that were originally on more powerful platforms to run on Nintendo’s hybrid handheld platform does require making certain concessions, though. Oftentimes this results in the Switch version being the worst version of a game (but still a good game) and the portability factor can offset some of the other technical shortcomings. Doom Eternal falls into this this category. There’s no denying that out of the available platforms the Switch version is clearly weakest, but that doesn’t mean it’s a bad game, just not the ideal way to experience it. The same can apply to its first expansion The Ancient Gods – Part One.

Panic Button should be commended on the seemingly impossible task of porting the action-packed visual spectacle of Doom Eternal to Switch. Concessions had to be made, as is the case with every game that is ported to Switch. The grandeur of the visuals had to be toned down to accommodate the weaker hardware. On the smaller screen in handheld mode the loss of detail is much less apparent, but the downgrades are glaring playing it in docked mode, especially during cutscenes. Graphic quality taking a hit is fine, however, because the gameplay itself actually runs smooth on the Switch. 4K resolution and 60 frames per second are not possible, but the downgrade apparently saved the game from suffering major technical hiccups. 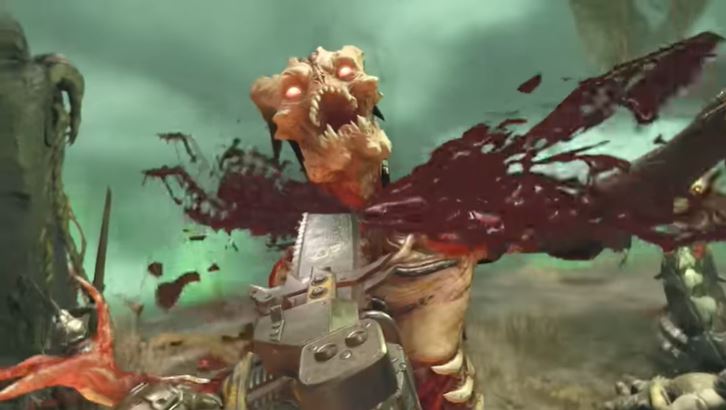 The flipside to using handheld mode is there’s a lot of small text in Doom Eternal during tutorials and while the graphics look better in handheld mode, the UI is optimized for the big screen.  The Joy-Con controls for whatever reason don’t feel as tight and concise as controllers on other platforms. Like many Switch ports, this is only recommended for this platform if portability is important or Switch is your only console. Doom Eternal on Switch is good and as someone who values gameplay performance over graphics, Panic Button chose wisely in what concessions they made to make Doom Eternal run on Switch. Getting Doom Eternal on this platform and running as smooth as it does is impressive, but ultimately the hardware limitations make this a title best enjoyed on other platforms.

The Ancient Gods – Part Onecan be selected to play at any time. The player can dive right into the expansion at any point without ever touching the main game, though doing so is inadvisable. The Ancient Gods – Part One picks up after the main game has ended, but feels rather disconnected. The player simply begins with all the weapons and upgrades, so there’s no sense of becoming more powerful with the upgrades as there is in the base game. Essentially this is post endgame content where the player has a new arena to wreak havoc with all the collected upgrades, which isn’t necessarily a bad thing. 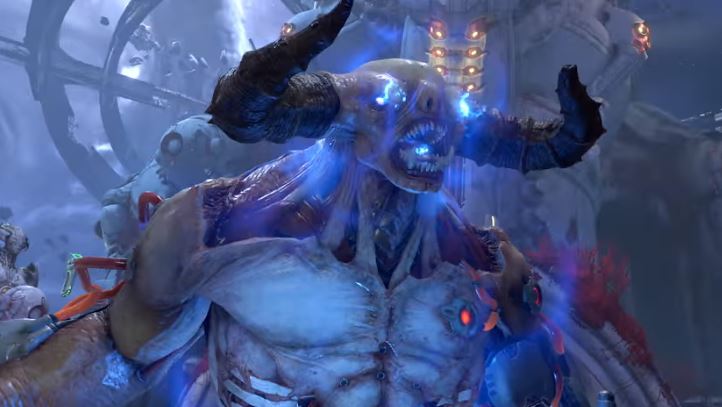 The new content doesn’t reset the difficulty, which is another reason why it’s best to play it after completing Doom Eternal or at least being familiar with the game mechanics. Doom Slayer is thrust into a brand new area filled with powerful enemies so anyone who has concerns that the expansion will have them starting over with training wheels can lay those concerns to rest as The Ancient Gods – Part One wastes no time in unleashing an onslaught from hell’s most powerful denizens on the player. The challenge is further enhanced with no variations of the regular Doom enemies, but some of these require specific weapons to take down. This mechanic is designed to add more strategy to carnage, but pausing to select the right weapon hinders the flow of destruction.

The Ancient Gods – Part One offers three new chapters to expand the story of Doom Eternal. The new content offers new locations to explore filled with plenty of enemies to kill, but there are no more upgrades and no new equipment to collect. It offers about five hours of new content that continues right after the conclusion of the base game. The story is interesting which makes this a worthwhile continuation of Doom Eternal, but there are no significant improvements to the gameplay. The Ancient Gods – Part One is more of the same Doom Eternal. 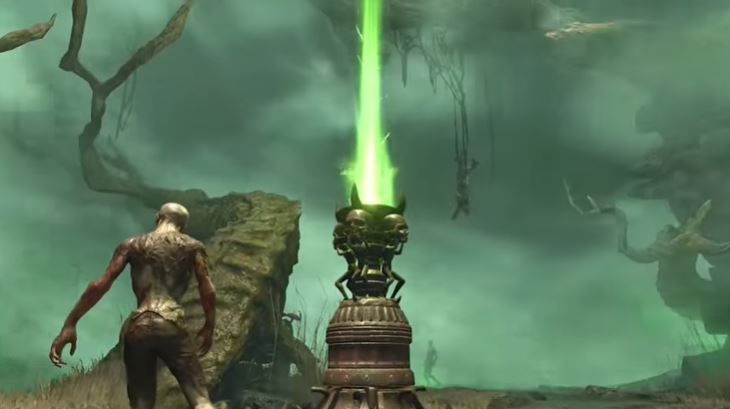 A continuation of Doom Eternal, The Ancient Gods – Part One’s story is interesting enough to make playing through the new chapters engaging on Switch, but the enemy variants that require specific weapons to kill is a minor blemish on the gameplay. Overall, though, the expansion feels like more of the same, but that could be exactly what Doom Eternal fans want. The biggest issues are not with the game, but with the platform. The Ancient Gods – Part One is a nice way to get more life out of arguably the best shooter of 2020, and while fun on Switch, playing it on this platform serves as a reminder for how much better the experience can be. Playing it in handheld mode does an alright job of camouflaging the reduction in graphic quality, but the Joy-Cons lack the responsiveness and precision of other controllers and the in-game text is tiny. In docked mode the player can opt to use a better controller and read the text, but the graphic concessions make the game look last gen. If you loved Doom Eternal and want to experience more of it, while not perfect, The Ancient Gods – Part One delivers exactly that. But for the love of the ancient gods, if at all possible players should experience Doom Eternal and this DLC on any of the other available platforms.