Among the plethora of new features introduced in Pokémon Sun and Moon, perhaps the most talked about addition is wild Pokémon calling for help, otherwise known as Pokémon SOS. When you first experience a Pokémon SOS, it’s during your first major battle. A big boss Totem Pokémon calls for the aid of its underlings, summoning its pre-evolved form to join the battle for a two-on-one match. Given the circumstance, it is quite appropriate and makes for a memorable and slightly more difficult battle. And it should, this is your first Trial, the missions that have replaced Gym Leader Battles. What you don’t expect to find afterwards is that this SOS feature is now fully activated, and can happen at any given time during any encounter with a wild Pokémon. For many players, this is a frustrating discovery. It is understandable why Pokémon SOS could stress out many, after all, as it completely changes wild encounters, a core necessity for playing the game.

As this happens early on in the game, many trainers have weaker Pokémon in their team and limited resources, making a two-on-one a debilitating burden. To make matters worse, if one of two enemy Pokémon faint, it can summon another. This is concerning for a new team of Pokémon to handle, and it may seem unfair and cruel to have to deal with the SOS feature for the entirety of the game. To ease the pain a bit, however, we’ve comprised a list of reasons why Pokémon SOS is beneficial and should be embraced instead of feared. Use the SOS calls as a chaining feature and reap the rewards. 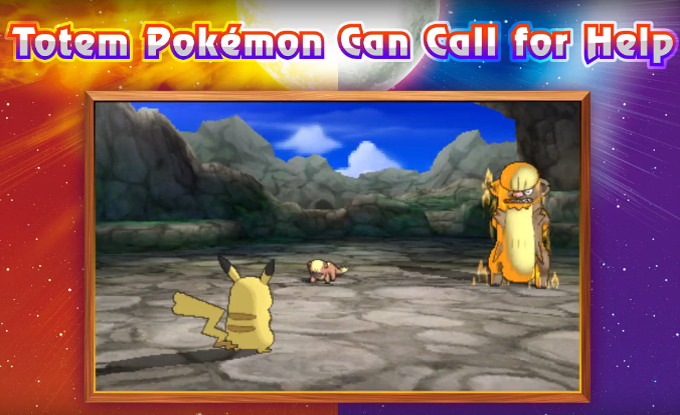 In days of old, Trainers had to seek out specific Pokémon to gain EVs, and defeat them one by one, in separate encounters. EV training was made quicker and easier thanks to Horde Battles, but since those are no longer a feature in Sun and Moon, you’ll need the next best thing. Allow the enemy Pokémon to call a desired ally for help, and knock them out back and forth in a chaining method. Summoned Ally Pokémon are worth double the EVs you’d normally receive. And yes, Pokérus and Power Items apply. You can max out an entire stat with EVs after seven knockouts!

Having respawning enemies certainly has its benefits for growing Pokémon. It is a quick and predictable way to gain loads of EXP when you’re still new on your adventure. If you are looking to evolve and train in a hurry this is a pretty competent method to try. Since there are one to two Pokémon you could face, you’ll end up earning up to double the experience points. Keep your potions and revives stocked, however.

Sometimes, a wild opponent will call rare Pokémon for help. If part of your Pokémon playing experience is filling up your Pokédex as you progress, then this is a fun way to discover otherwise hidden Pokémon. Without too many spoilers, you will find that by getting a chain going will yield Pokémon different than the summoner. For example, sometimes an evolved Pokémon from the same family will come to help, often at lower levels than evolutionary possible. More interestingly, Pokémon of a different family may appear. Try seeing what happens when Cubone summons something other than another Cubone.  In few cases, some Pokémon can only be encountered through an SOS, making this feature necessary to catch ‘em all. 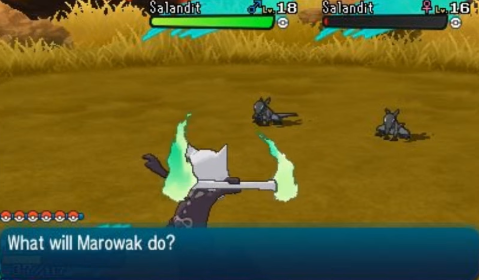 Like the Chain Fishing feature introduced in Pokémon X and Y, Shiny Chaining is a similar concept. As long as you do not knock out a Pokémon that doesn’t have an ally, exit the battle, or the summoning Pokémon calls an ally from another evolutionary family, you will keep the chain going. It is unknown what the Shiny percentages SOS Chaining influences but the chances of encountering a Shiny has increased. While a Shiny Pokémon is never guaranteed, many have found success in this method, especially since time is saved by not having to find and encounter their desired Pokémon repeatedly.

Hidden Abilities are only available through few methods. XY’s Friend Safari, Distribution Pokémon, and Omega Ruby and Alpha Sapphire’s DexNav, were your few shots at finding a Pokémon with these often better or desirable abilities. They can make for even more interesting strategies in both fun and competitive battles. Thanks to Pokémon SOS, you’ll once again have the chance to find Pokémon with these abilities in the wild. Once you begin a decent chain, use an Ability revealing move, such as Worry Seed or Skill Swap to see if you’ve found your prize. 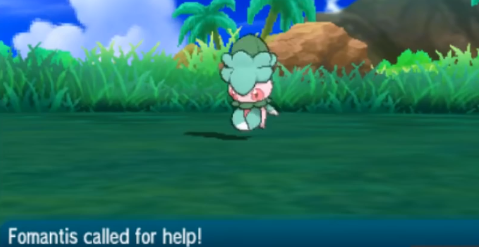 Now that you’re interested, there are a few things you can do to make chaining Pokémon a simpler experience. Pokémon are more likely to summon when they have low HP, so use False Swipe or Hold back to ensure the enemy will have low health without knocking them out. Sun and Moon introduces a new item called the Adrenaline Orb, which will make SOS calls more likely when used in battle. The Adrenaline Orb is especially useful in wasting your turn while waiting for a new summon, because if used twice, it has no effect from already being in affect, and you get to keep the Orb as a result. Potions and self-recovery moves are useful for staying in battle. When your defenses get lowered and make you frail, you may switch out to reset your stat changes. An enemy cannot summon an ally if they are Frozen or Sleeping, so avoid inflicting these unless you plan on catching them. You do not have to keep the original summoner in battle in order to keep the chain going. It can faint, but there needs to be an ally present or your battle will end. Be sure to rotate when fainting your targets, as they can boost their stats and cause you harm, or faint themselves if forced to struggle. Good luck out there taking advantage of Pokémon Sun and Moon’s unique feature.

Hopefully we have convinced you these SOS Pokémon battles are actually pretty helpful to the game. Trainers can rest easy knowing all their favorite features are packed into one. There actually are a lot of great reasons to actively seeking out wild Pokémon. If you aren’t too keen on it, perhaps you will relate more to this article’s opposite.