A few years after the turn of the century, the world was introduced to a new type of gaming. During the height of the emo and pop punk music era, kids were picking up plastic guitars and drum sets rather than starting real bands. There was even an episode of South Park dissing real musical talent in favor of Guitar Hero. The original Guitar Hero released in 2005 and featured a plastic Gibson SG guitar with a wide variety of real songs. The game was also developed by Harmonix who later developed the rival Rock Band series that was published by EA.

Music gaming was a fad, but at its height of popularity, it was a phenomenon. People would have Guitar Hero parties as the game, at its bare minimum, would feature plenty of background music and serve as its own DJ. When Rock Band was announced, Activision and developer Neversoft were in charge of Guitar Hero and would inevitably play catch-up. The end result of the Guitar Hero franchise was a ton of milking with yearly releases and individual band-inspired releases such as Aerosmith and Metallica. A new wireless guitar with a touch slider would be introduced along with its own drum set. Guitar Hero: Warriors of Rock was the series’ swan song in 2010 as the genre fell into obscurity and the series had six major releases in five years. It totaled thirteen games that didn’t include the DJ Hero series or the portable games.

There will always be a core audience for a game like this. Back in 2014 at E3, I was speaking to a game producer who had just started a company and brought up the idea of the music gaming scene making a comeback. He knew it was happening and that enough time had elapsed. Flash forward a year and both Rock Band and Guitar Hero would receive new versions to their series. While Rock Band 4 would basically be the same thing, Activision went a completely different direction with its series. Guitar Hero Live was announced and it would feature a new way to play. Using a six button layout to better simulate playing actual chords on a guitar, players would have to adjust. 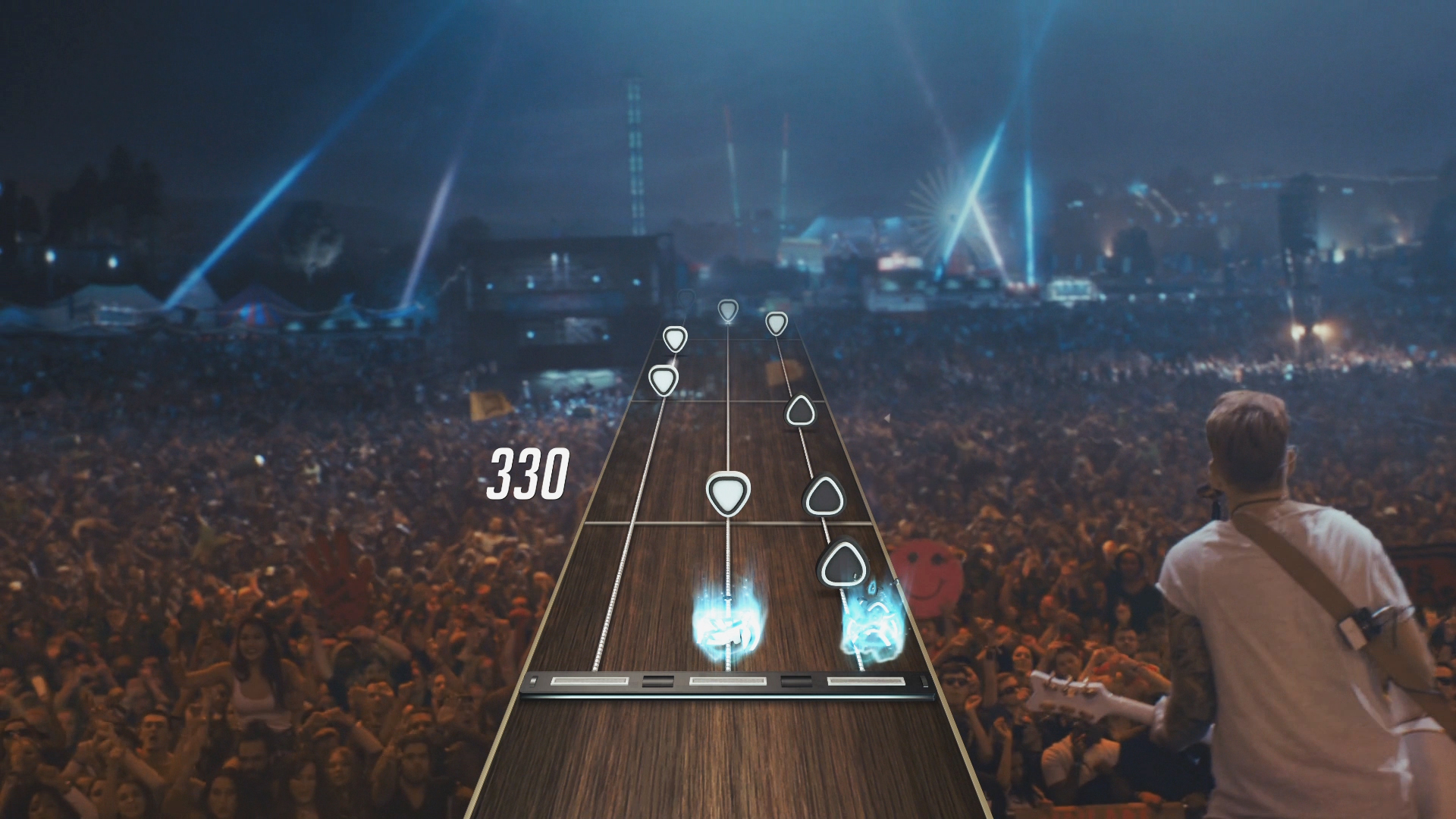 The GH Live mode in Guitar Hero Live attempted to simulate a musical festival atmosphere along with a reactive crowd and band.

The setting for Guitar Hero Live would allow playing with either a live band on stage in front of a live crowd, or choosing GHTV. GHTV would feature music videos that you would play along with. This streaming service was such an excellent idea as it tickled the nostalgia bone for older music fans. You couldn’t fail the song, either. The game allowed to choose guitar or bass and included vocals. As for the Live mode, this progression started off with a lot of easy songs and did a good job of creating a concert atmosphere.

FreeStyleGames would be the developer behind Guitar Hero Live and the game included two hundred playable songs at launch. It launched with mixed ratings, but what stood out the most was GHTV. The song lineup for GH Live was weak. What did not help the game and what inevitably began the downfall was putting GHTV behind microtransactions. Paying $100 for the game and guitar and then tacking on pricing for plays that felt equivalent to going to an arcade hurt the game. Grinding in GH Live would allow for some free plays, but the idea of playing guitar to Skrillex or Eminem didn’t make much sense due to the fact that those artists don’t really feature any guitar. It seemed more like an attempt to grab a younger audience. 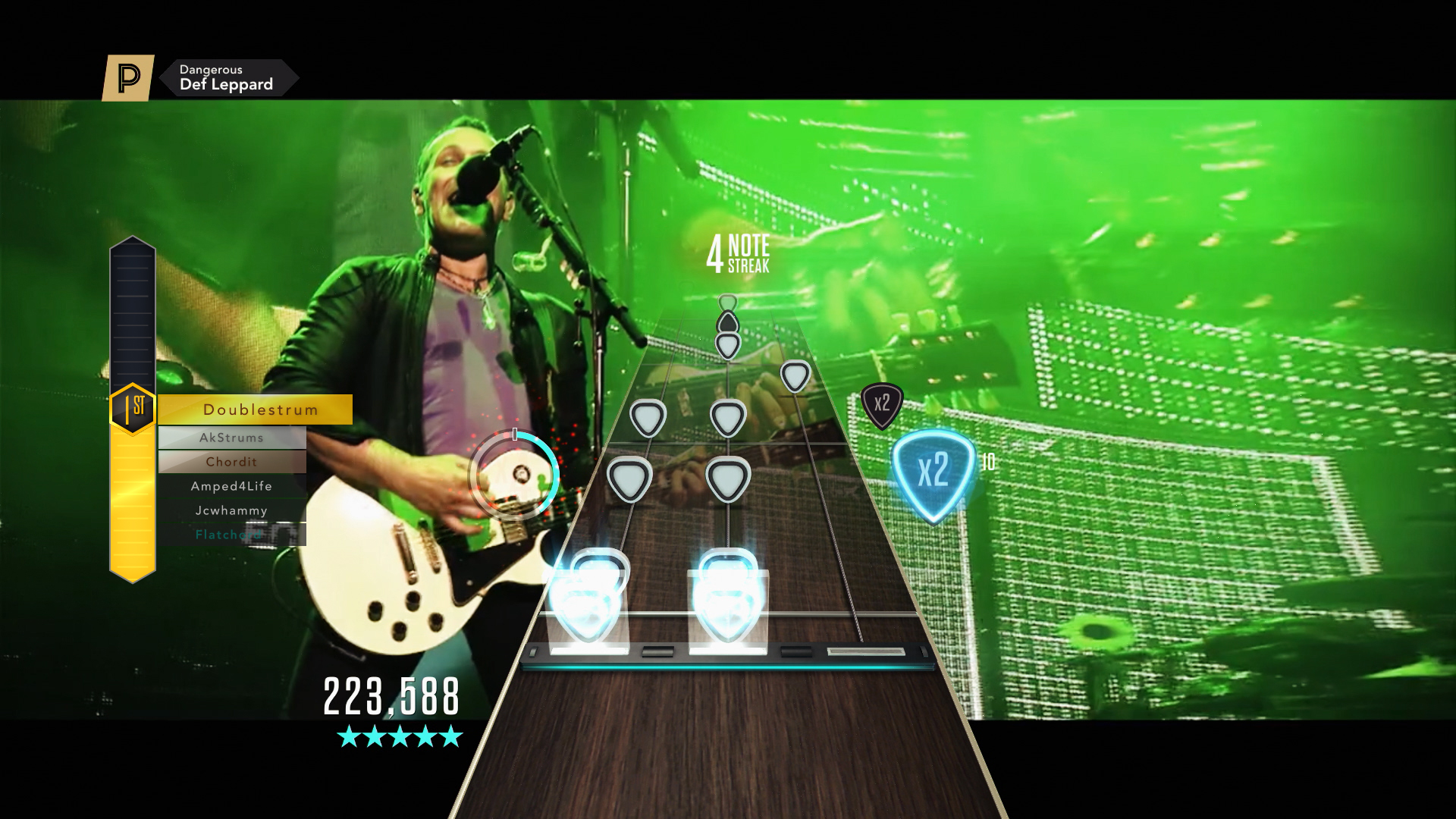 Bands like Def Leopard had the chance to premiere new music videos on the GHTV streaming service. This service has now been shut down.

While new music would be introduced going forward, this began to come to a stop. Ultimately, if you played through GH Live and had to spend money on playing the same songs in GHTV over and over, it started to feel stale. This is when Guitar Hero Live started being tossed on clearance shelves. Licensing for songs had become an issue. Whereas Rock Band 4 continues to release song packs and keep a core audience, Guitar Hero Live was left to die.

The streaming service for GHTV has now been shut down. A class-action lawsuit had been filed against Activision back in September as this was planned. Activision is currently offering refunds for anyone that purchased the game dating back to December 2017, but unless you got that on clearance, it’s doubtful you paid full price like everyone else did at launch. Greed had this game setup to fail from the beginning. 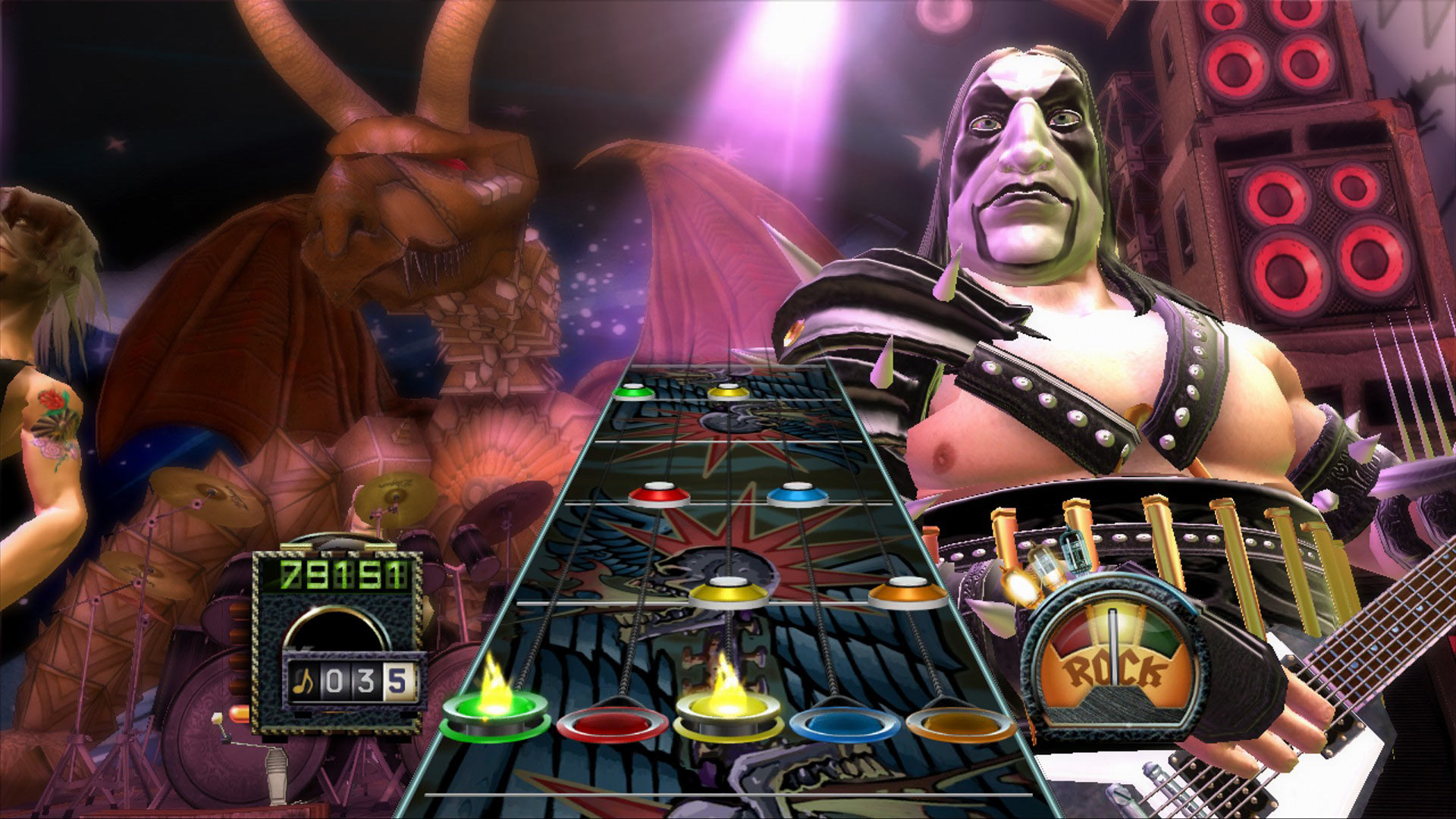 The Guitar Hero franchise, at its peak, saw nearly 15 releases in five years.

With Rock Band 4 still chugging along and the actual teaching tool known as Rocksmith teaching guitar in a world where that music is a dying breed, there may not be another renaissance for the music gaming genre. Guitar Hero Live will likely be the last Guitar Hero game ever released. Everything was in place for something new and spectacular and now that GHTV has been shut down, there is no return to that greatness and even more plastic guitars in a bin at your local Goodwill. If you qualify for the refund, you can visit here to fill out a form.