Last year, the VGX Awards on Spike were an absolute nightmare. Joel McHale and Geoff Keighley were tasked with hosting it and they had just about the worst chemistry imaginable. The only thing it can be compared to is a couple after a bitter breakup meeting each other with some mutual friends and they kind of have to be sociable, but also secretly hope a black hole forms in the space between them so this awkwardness ends. They threw little jabs at each other, told jokes that weren’t funny, and the set they used just looked cheap. There’s a right way to go for a run-down look as Lucha Underground on the El Rey Network shows, and then there was “here’s a pile of random stuff on a soundstage.”. The Game Awards, on the other hand, had a beautiful stage with large screens, lasers, and everything one would expect from a modern awards show.

The VGX awards replaced The VGA Awards and took what little focus those actually had on games away. Some awards were given out, but it was mainly an excuse for trailers to be shown and lots of bad jokes to be written. The Game Awards had one failure of a sketch involving music right before the Best Mobile/Handheld Game, but otherwise, hit on all cylinders. Gaming was the focus of the event, and while indies didn’t get a ton of love here, they did get some with No Man’s Sky being showcased. We also saw Before and Adr1ft, which look amazing. The former bears a striking resemblance to the early PS1 sleeper game Tail in the Sun, where you’re a caveman just exploring this vast world. Adr1ft looks like a first-person exploration game in space and impressed all who laid eyes upon it. Those seeking relaxation from a game may very well find one there. 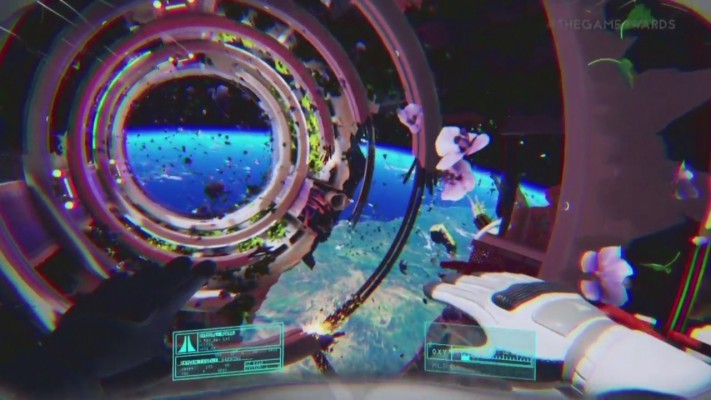 Beyond just covering games, this event had high-quality production values. With Keighley taking the lead on creating the event, it was  impossible to tell what we’d get as an actual show. A low budget, but more intimate show would be completely understandable. For better or worse, Keighley’s time on Spike has made him the public face of gaming, and while Dewritos jokes are going to be thrown his way for a while, The Game Awards showed that he does truly care about gaming and is more than just a talking head. The production values were impressive more often than not. Beyond the excellent set, the graphics were  good — although they could’ve used some more information. In-crowd awards were given out and while you learned which developer and game won, you didn’t know which award they won just looking at the graphic. The award itself looked very professional and like something that you would both display proudly on a mantle while also retaining a polygonal look to pay homage to gaming history. That was also done with a number of musical performances throughout the event.

Lindsey Sterling performed music from Dragon Age: Inquisition, neon green and red-clad musicians performed not only Mario, but Tetris and Sonic music as well, while Battlefield: Hardline’s original theme song was sung on-stage for the very first time. While the song itself is a bit too filled with the word “karma,” the actual music behind the lyrics would be right at home as an FX drama theme song, and that’s the whole vibe they want the game to give off. The borderline self-parody campaign stuff in the trailer shows that they’ve still got their work cut out for delivering that kind of presentation in every aspect of the game though. Finally, Imagine Dragons closed out the show with a song — fairly fitting since they’re self-proclaimed gamers. 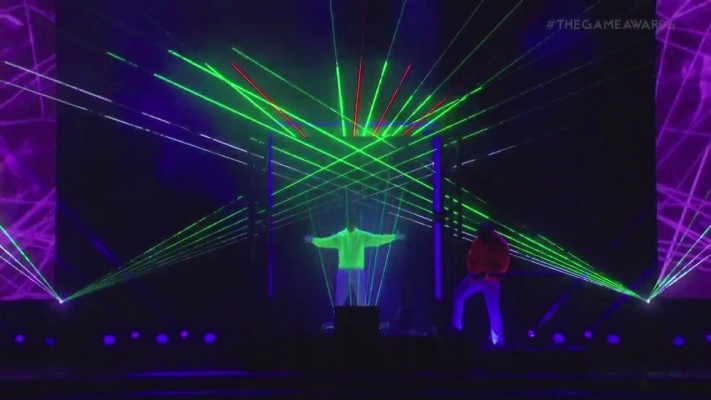 The switch from VGAs to The Game Awards could be due to trademarks with Viacom owning the VGA name, but the name change really does fit gaming in almost 2015. Games aren’t really thought of as just video games now thanks to the rise of mobile platforms. Gaming is now something that everyone does in some form, and with sub-$50 devices on the market like the Amazon Fire TV Stick able to play impressive-looking games alongside some free-to-play games, the barrier of entry is lower than ever before for someone to dip their toes in the water.

The Game Awards celebrated just about every side of industry too. While some may not like the mainstream games like Battlefield: Hardline getting coverage, they’re a massive part of the business. Without them, bigger companies wouldn’t be able to take gambles on smaller-end games. Ubisoft is a fine example for this as they milk some franchises, but doing so has helped give them the financial security on riskier ventures like Child of Light and Valiant Hearts. Indie games got a lot of love, while a few mobile games – especially Hearthstone, were covered in-depth between on-floor coverage and in advertisements. The sometimes non-stop trailers made things a bit too frantic though, and it was difficult to tell advertising content apart from the hype content, but since they’re essentially the same thing just with some being for things that are out and others being pre-release, that makes sense. The goal of each is to maximize interest, and whether that results in a purchase now or a pre-order, the end goal for each is a sale. 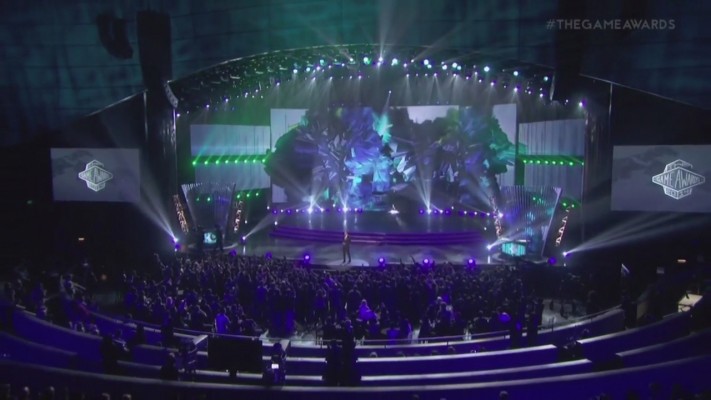 The Game Awards needed to be good and they greatly exceeded expectations. The move to online-only distribution made it feel like a far less corporate show, and the high production values allow this to be something that if a channel like Spike wants to, they can rebroadcast and not worry about it being below their broadcast standards. It looked like a high-dollar show and even had big-name speakers like Kiefer Sutherland to appeal to a more mainstream audience. If this was a pilot of sorts, or winds up as one – good. This was something that deserved to be seen by as many eyesballs as possible and with Spike gaining a lot of traction thanks to their acquisition and expansion of Bellator MMA, it’s easy to imagine them deciding to pick this up for 2015.