When describing Obsidian’s The Outer Worlds to other gamers, the most immediate comparison one can make is to the developer’s last high-profile RPG: Fallout: New Vegas. The reasons for this are largely self-evident: both games revolve around questing, combat and looting, and they both have a Wild West vibe about them. Character builds and comedic writing also pillars in both titles. Even with all these similarities though, playing The Outer Worlds is still a very distinct experience from that of Fallout: New Vegas. It’s mechanically different, questing has evolved and even the humor comes from a different place. “It’s basically Fallout: New Vegas in space” might seem like good short-hand for what The Outer Worlds is, but it’s not exactly accurate.

Besides the obvious difference in setting, the biggest distinctions most players will notice between The Outer Worlds and Fallout: New Vegas will be in the features supporting gameplay. Many of the supporting features seen in The Outer Worlds are refinements of those seen in its predecessor. Both games offer players the option to repair their gear, but the system seen in Fallout: New Vegas is downright rudimentary compared to the system available in its successor. Instead of being limited to slapping similar items together, players can now augment and even customize their gear to an appreciable degree. This kind of refinement can also be seen in the character-building system. Both games allow players to pick attributes and pay points into different skills, but only The Outer Worlds allows players to re-spec their characters. These are just advancement though; for true difference, one needs to look how combat works in both games. 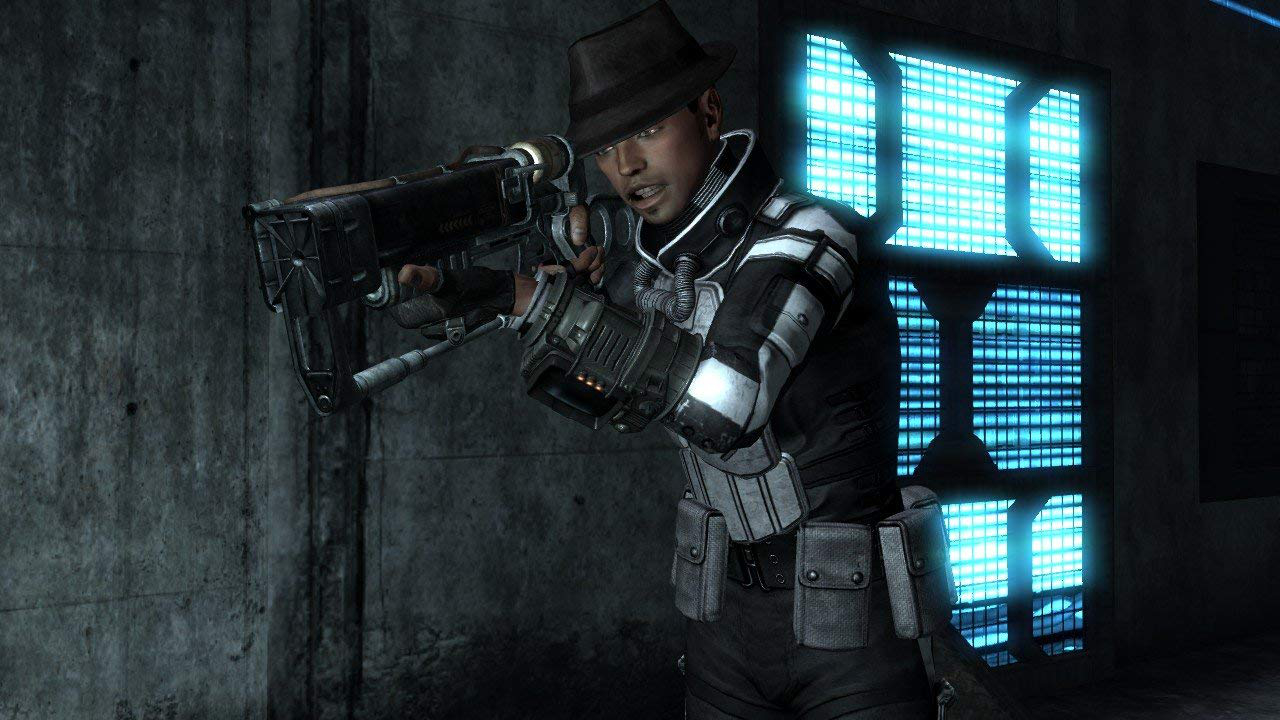 Fallout 3 and Fallout: New Vegas are highly-regarded games, and rightly so. They’re not perfect, however, and much of their issues stemmed from the not-so-great combat system the games employed. Fallout: New Vegas improved upon Fallout 3’s system somewhat by allowing players to aim down their iron sights and reducing the V.A.T.S. system’s raw power, but this did not prevent the combat from descending into tedium. The real-time combat was still too unreliable, the enemies were still too stupid and the time-slowing V.A.T.S. was still too powerful to ignore. This is not the case in The Outer Worlds.

Combat in The Outer Worlds isn’t the best in all of video gaming and it still has a few issues. That said though, it’s an overall improvement over Fallout: New Vegas’ combat experience. Most enemies still aren’t all that bright, but players must now at least put in most of the work to defeat them. The game’s slow-mo ability helps with targeting and it too can become powerful if one upgrades it enough. The slow-mo isn’t the crutch that V.A.T.S. was, though. It’s not needed to make combat tolerable. One can get through the game just fine without it, and even have fun since the player must actively engage with the combat. Standing still and relying on the computer to do all the work just isn’t an option here, so boredom doesn’t set in until one’s character is in an overpowered, end-game state. This might be the most major and noticeable distinction between the two games, but there at least a couple, more subtle differences as well.

Like the support systems mentioned earlier, questing has been improved and expanded a bit in The Outer Worlds. In Fallout: New Vegas, completing a quest was as simple as performing the task and turning it in. Players were sometimes offered choices that yielded different outcomes, but those choices still resulted in the quests completion, and outside of faction reputation, they had little impact upon anything else. This is basically how it is in The Outer Worlds too, but the player’s choices tend to have a bit more impact. 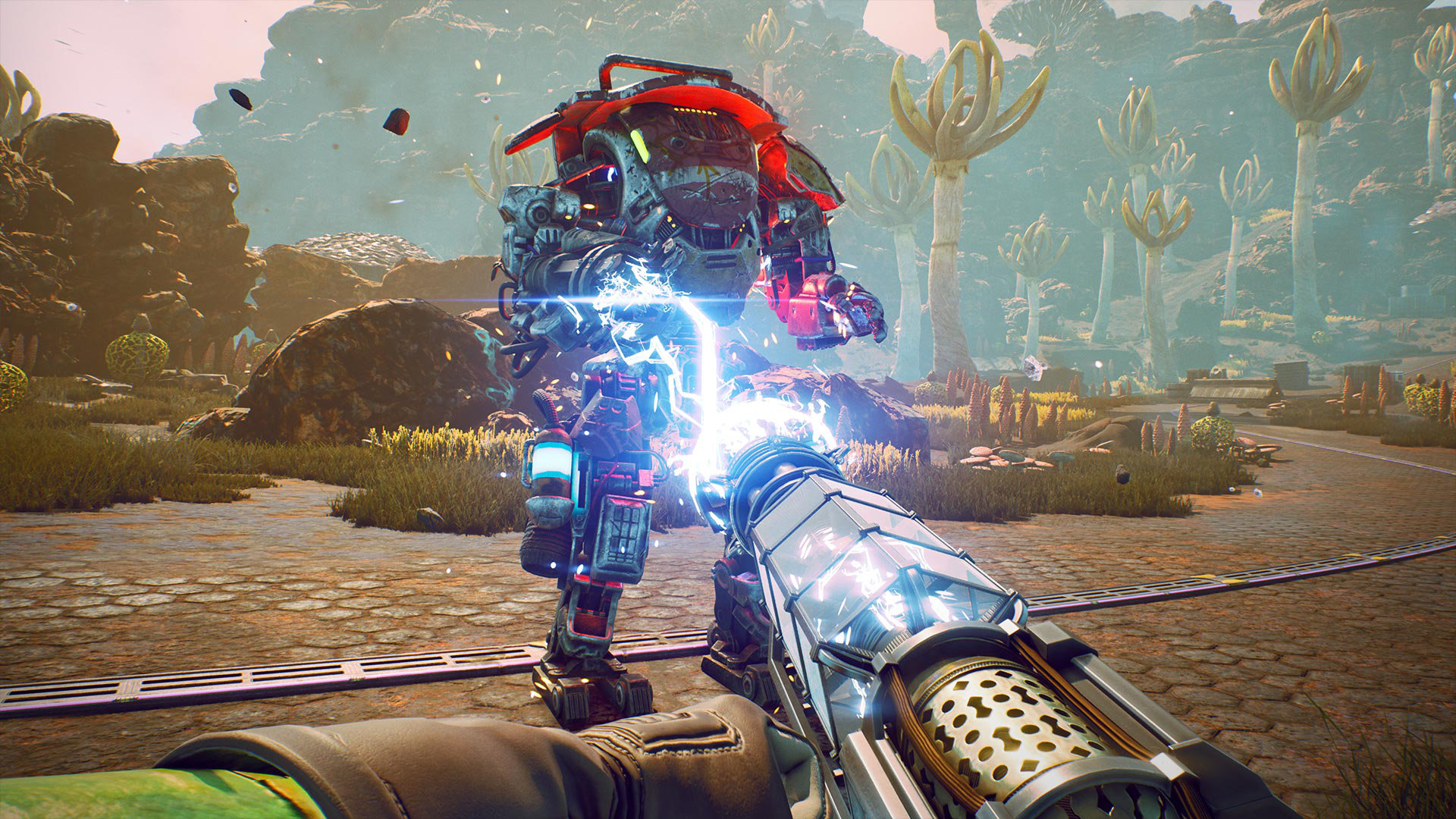 For example, one can complete a quest in Fallout: New Vegas any number of ways and still be able to complete every other quest, even related ones, however they please. In the Outer Worlds, though, one’s choices in a given quest can and do impact the options available in another. It’s entirely possible and even easy to accidentally make one’s life a lot harder if they’re careless with their choices. Seriously, it can mean the difference between getting a necessary item for free and having to pay thousands of “bits” (currency in The Outer Worlds) for it. One can even cripple or “botch” quests if they’re trigger-happy enough. The options are there and they can often lead to funny results. Such situations aren’t the game’s only source of humor though.

Both Fallout: New Vegas and The Outer Worlds can be considered humorous games, but their humor comes in different flavors and is employed at different intensities. Humor in Fallout: New Vegas stems from a feeling of unreality. Much of what players see in hear in Fallout: New Vegas is recognizable: Elvis impersonators, “roman” legionaries, fueling stations and landmarks like the Hoover Dam. None of them, however, are in their proper context. The Elvis impersonators are a dangerous gang, the “romans” are a massive army of barbarians who don’t understand what they’re imitating, fueling stations are pointless and the Hoover Dam has been transformed from a useful landmark to an all-important strategic location. Everything is a warped version of its real-life counterpart and that’s pretty funny. 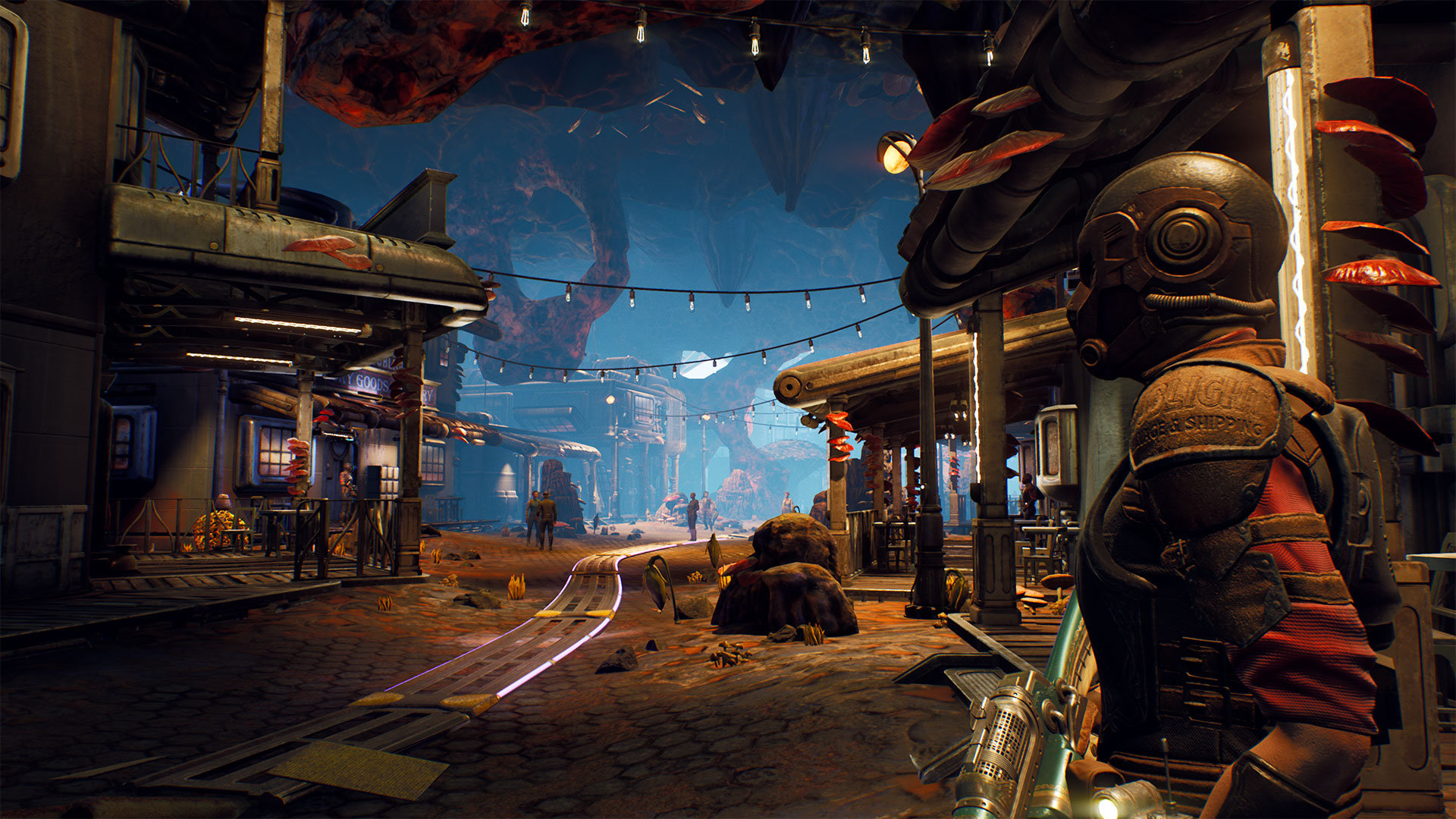 The Outer Worlds does something similar, but the humor comes from a different place. Instead of twisting what we already have, it takes one thing everyone knows very well and takes it to its nightmarish extreme. Everything in the colony of Halcyon revolves around corporate interest. Everything comes down to the company’s bottom line and people have been reduced to nothing more than the job they occupy. Advertising is in everything from private conversations to internal memos and the concept of “company property” includes people. The colony’s inhabitants think it’s normal too, making the entire situation utterly absurd and hilarious. It’s dark humor just like that in Fallout: New Vegas, but it’s sourced from a current fear rather than a past one.

It’s easy to say that The Outer Worlds is just Fallout: New Vegas with a new coat of paint. They’re games of the same genre employing similar gameplay loops, settings and tones. They’re even made by the same developer: Obsidian Entertainment. The games’ similarities, however, don’t run as deeply as that comparison implies. The Outer Worlds is evolved in terms of its active gameplay and supporting systems. Its combat relies much more heavily on player skill and its quest structure is more heavily influenced by the player’s actions. Even the humor is handled differently in that it’s sourced from a more modern fear and is applied much more liberally. It’s fair to compare the two games, but to call them “basically the same game” is a stretch.