With the recent closure of Visceral Games, Halloween in the air and the impending release of Nazi Zombies in Call of Duty: WWII from the two keep people formerly at Visceral — Glen Schofield and Michael Condry — the time is ripe for a look back at the game that put the studio on map in most gamers’ minds. Most eventual Dead Space fans got their first glimpse of the game via its absolutely brilliant “Twinkle, Twinkle” trailer from E3 2008. It was creepy and disturbing, but in a way that was somehow cold and somber at the same time. The added juxtaposition of an otherwise warm and hopeful song also served as a great exclamation point for its “terror of the unknown” theme. This trailer immediately set the game apart as something new and special. It absolutely was too. Not just for its bleak portrayal of outer-space and limb-severing gameplay, but also for the sheer paranoia and terror its moment-to-moment gameplay inspired. A scary as Dead Space was, though, that trademark paranoia likely wouldn’t have come to be if the game’s camera hadn’t been so well designed. 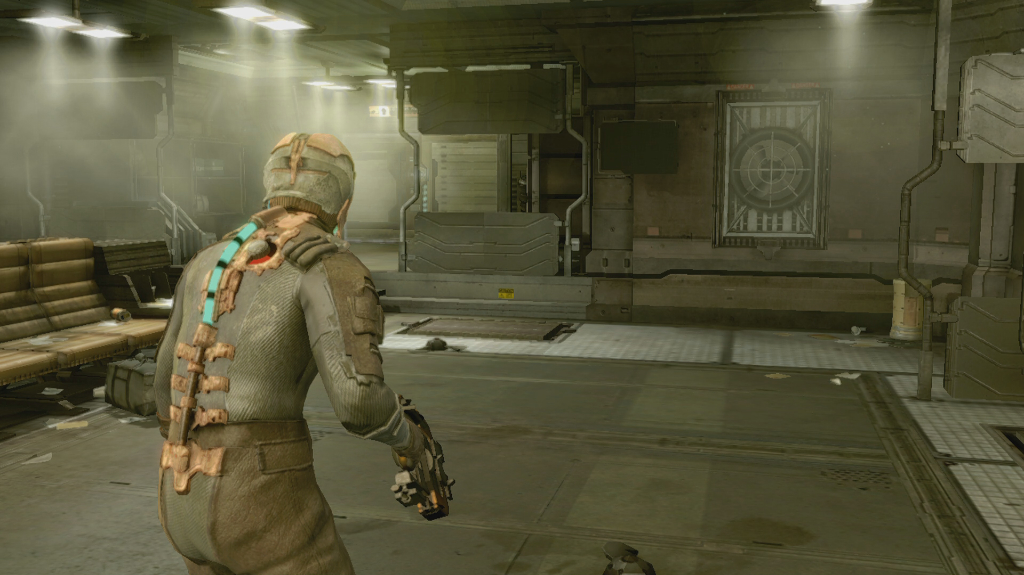 The claustrophobic-paranoia in Dead Space inspires in its audience hinges almost entirely on its over-the-shoulder camera. The industrially cramped spaces aboard the USG Ishimura don’t do anything to help matters, but they best they could hope to do on their own is be a bit unsettling. It’s the camera that elevates each and every space, no matter their actual size, into something confining and dangerous; a space one can’t help but want to escape. Nothing particularly special is done to achieve this. There are no big tricks being pulled here. It just follows Isaac just a little too closely to be comfortable; that is what’s making the difference here.

It’s easy to forget just how much space Mr. Clark occupies in the original game. Look at him: he’s hogging almost a full third of the screen! Seeing one’s character on screen is normally more comfortable than playing from the character’s own perspective. They’re right there in front of the player, their position in the environment is apparent and their surroundings are easily observed. Dead Space’s camera has the opposite effect. It’s decidedly uncomfortable. Isaac’s domination of the screen prevents the player from easily surveying his surroundings. He obscures the space directly in front of him and the areas to his left and immediately behind him are out of view by default. It’s all the limitations of a first-person perspective with the addition of a permanent obstruction. It’s annoying and even frustrating at times, but also happens to be brilliant and a big part of why Dead Space works as well as it does. 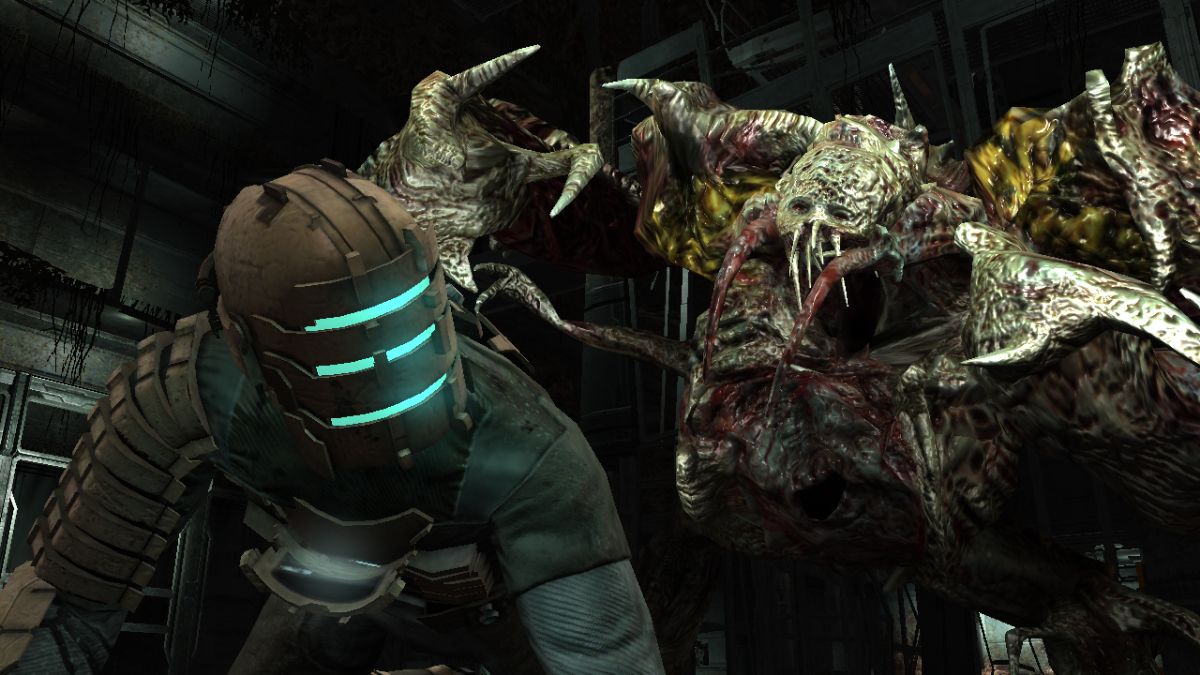 As Silent Hill 2 and Resident Evil 4 had shown in the past, frustrating the player can work in a game’s favor if it’s done in order to make the player feel something specific. Silent Hill 2 used clunky movement and combat controls to make the player feel powerless and underline the idea of James Sunderland as a normal, combat-incompetent, guy. RE4 used its camera to dial-up the action happening around Leon Kennedy. Dead Space follows RE4’s example in using the camera to increase its intensity, but it’s an intensity of terror rather than action. Isaac Clark’s obstruction of the screen drives the claustrophobic feeling. It inspires constant effort on the part of the player to try and see around him, an effort that grows all the more frustrating whenever narrow passages or cluttered rooms must be navigated. Through the use of its camera, the game succeeds in making it players more concerned about what might be lurking just outside their field of view rather than the horrors directly in front of them. We can’t help it after all. The unknowns lurking Dead Space’s dark recesses are far worse than anything easily seen and confronted. After all, they are coming. They are hungry. They are absolutely there.