It’s been over twenty years since Pokémon graced the masses on the original Game Boy, and since then has continued to grow and change from there with every passing generation. Entry after entry has offered new experiences, new Pokémon and new ways to play with friends. With the introduction of the titles on the 3DS, I noticed that my interest was starting to wane a bit. Admittedly I still felt strongly about the last DS generation, Black and White, which remain my favorite to this day and had felt like X and Y just didn’t compare which lead to them becoming the last time I bought both versions to enjoy multiple playthroughs. Alpha Sapphire was an enjoyable remake, but Sun and Moon were where the series began to drain me. While the originals weren’t bad themselves, the Ultra titles suffered by being too close to the original without offering enough in my mind to be worthy of selling two new individual games. Playing it felt more like new game plus with parts of the story I enjoyed most completely altered to be less than satisfying and I realized I just wasn’t have that much fun and lost interest in the main series until we got the Switch titles.

I can’t say that they’re perfect, but Let’s Go Pikachu and Eevee were the starting point to me being fully invested again. Pokémon Go is still an enjoyable mobile title that I regularly pick up and enjoy, so releasing a tie-in on Switch was genuinely exciting. Sure it didn’t have all the bells and whistles of every other main series like held items or abilities and it was reduced to the original 151 Pokémon (plus some new mythicals) but I was immediately engaged. I liked the smaller scale, a focused adventure that was familiar but with a fresh new coat of paint. The new gameplay of only catching Pokémon instead of battling worked for me and I had a blast with the simple adventure that it was. Not to mention fixing my three biggest complaints from the previous titles that were terrible pacing, unskippable cutscenes and a protagonist with the inability to express anything outside of a placid smile. And there was also a true element of Pokémon companionship with the starter that lead to some of the cutest interactions in any Pokémon title to date. I can’t say that Let’s Go was what I wanted at the time, but it fully engaged me like no mainline 3DS Pokémon title had and reminded me that I did in fact enjoy catching them all. 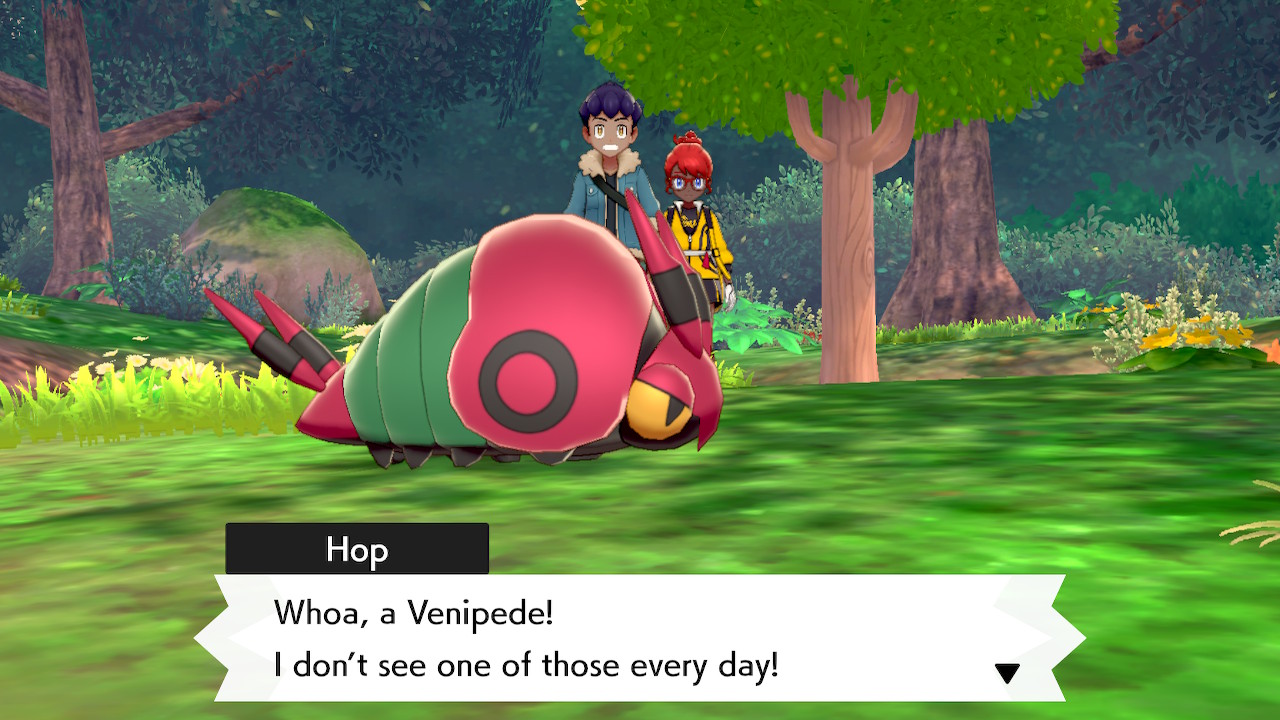 The next generation with Sword and Shield had a wildly rocky reception online as details came out. Despite this controversy, the titles released to great success almost immediately. While there’s a lot of places it could improve, it aimed to try a lot of new things with most of them coming out on top as a resounding success. It’s flaws for me were a weak story and limited post-game content, but that aside I have still dumped well over 160 hours into Shield at this point. That might seem like the opposite of lacking content, but it’s because the base content is still so much fun. Collecting all the Pokémon, participating in raids with friends or randoms or just trying to capture shiny Pokémon. It surprised me how much time I’d racked up, and I realized just how happy the Switch Pokémon titles had managed to make me. The complaints are still entirely valid, there are a lot of places the game could improve visually and the base game wild area left a little to be desired in regards to how barren it can feel. But at the end of the day, it was still fun, and that’s the most important aspect of all.

Then comes the biggest surprise, and biggest change the series needed, with the inclusion of DLC for Sword and Shield. For the vast majority of the early core titles Pokémon relied heavily on a third, definitive version that added more content and an extended adventure. In the early days this made a lot of sense as DLC either wasn’t a thing or not as popularized enough to make it a worthwhile endeavor. During the 3DS era many expected a third version of X and Y that never came, and Sun and Moon gave the aforementioned Ultra versions. These Ultra versions were the nail in the coffin in a lot of ways, as after finishing them I immediately thought to myself “couldn’t this has just been DLC?” Alas, no, it was not to be and it made the Ultra titles feel all the weaker because of it. Why were there two when there was no justification for it? At least Black 2 offered an entirely new story, while Ultra just felt like more of the same with some Team Rocket members in bright colors after the story.

That’s why the Sword and Shield DLC is not just exciting but a hope moving forward. The first part has released, and while a bit short in terms of story, offered a great area to explore that showcased a Wild Area that was filled to the brim with detail that was lacking in the base game. It was, in fact, a huge improvement to one of the complaints I had and it made it feel like the series is genuinely listening and responding. Of course, this DLC was in the works before the game released so it’s hard to say that it’s genuinely from feedback, but it’s these little things that make me excited about the future of Pokémon and have made me continually enthusiastic about the series now that they’ve made the move to a new system with new possibilities on the horizon. 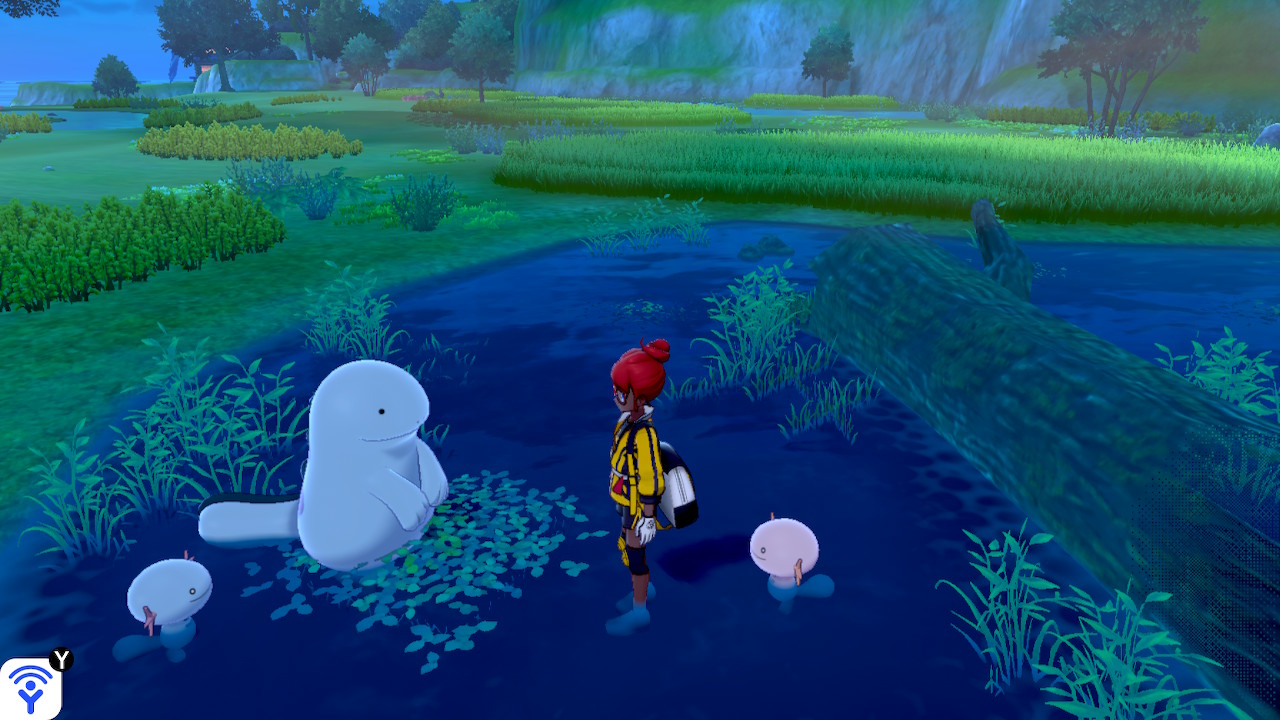 Pokémon is a series near and dear to my heart. It was the first game that I picked out for myself, and for a while I was feeling a bit bummed that I wasn’t enjoying it like I used to. I’ve realized now that it wasn’t because I was growing out of it, but rather I was looking for a different kind of spark to make me enthusiastic about what’s to come in the future. There are still many ways the series can improve, but it feels as though there’s so much more potential now. Even with the complaints of the current Switch titles, it feels like strides have been made to create experiences that are delightfully memorable. Big open areas to explore, new ways to catch Pokémon and even additional mechanics that let players feel like they’re exploring the Pokémon world together. These little things have made for a great experience that tells me there’s so much more potential moving forward and I can only hope the Switch brings more outstanding titles that continue to improve on everything that has come before.