While boasting an impressive collection of its own original titles, one of the things the Switch is known for is games from other platforms eventually being ported over it. Sometimes this occurs less than a year after release, other times this occurs with games from the previous console generation. The newest Switch port is 2015’s The Witcher 3: Wild Hunt, which has the distinction of being one of very few games we’ve given a perfect 5/5 score. The Witcher 3 is a massive game and it’s no secret that when it comes to hardware performance the Switch has never been in the some league as the other gaming platforms. Weaker technical specs on a Nintendo platform is nothing new, and with the quality of their exclusive titles it’s not exactly holding them back, but how well Switch can handle The Witcher 3 was the first question many people had at the announcement of this port.

The first point that should be addressed is the Switch’s harddrive is 32 GB, which translates to only have 25.9 GB of storage. The digital download for The Witcher 3 requires 31.3 GB of free space, so even if all other software is archived getting a substantial micro SD card is in order before visiting Nintendo’s eShop. To state the obvious, this is a huge file size for a Switch title but even more concessions would have to be made with porting The Witcher 3 to Switch. At the time of writing this, there is no information on whether an SD card is required for physical copies of this title. 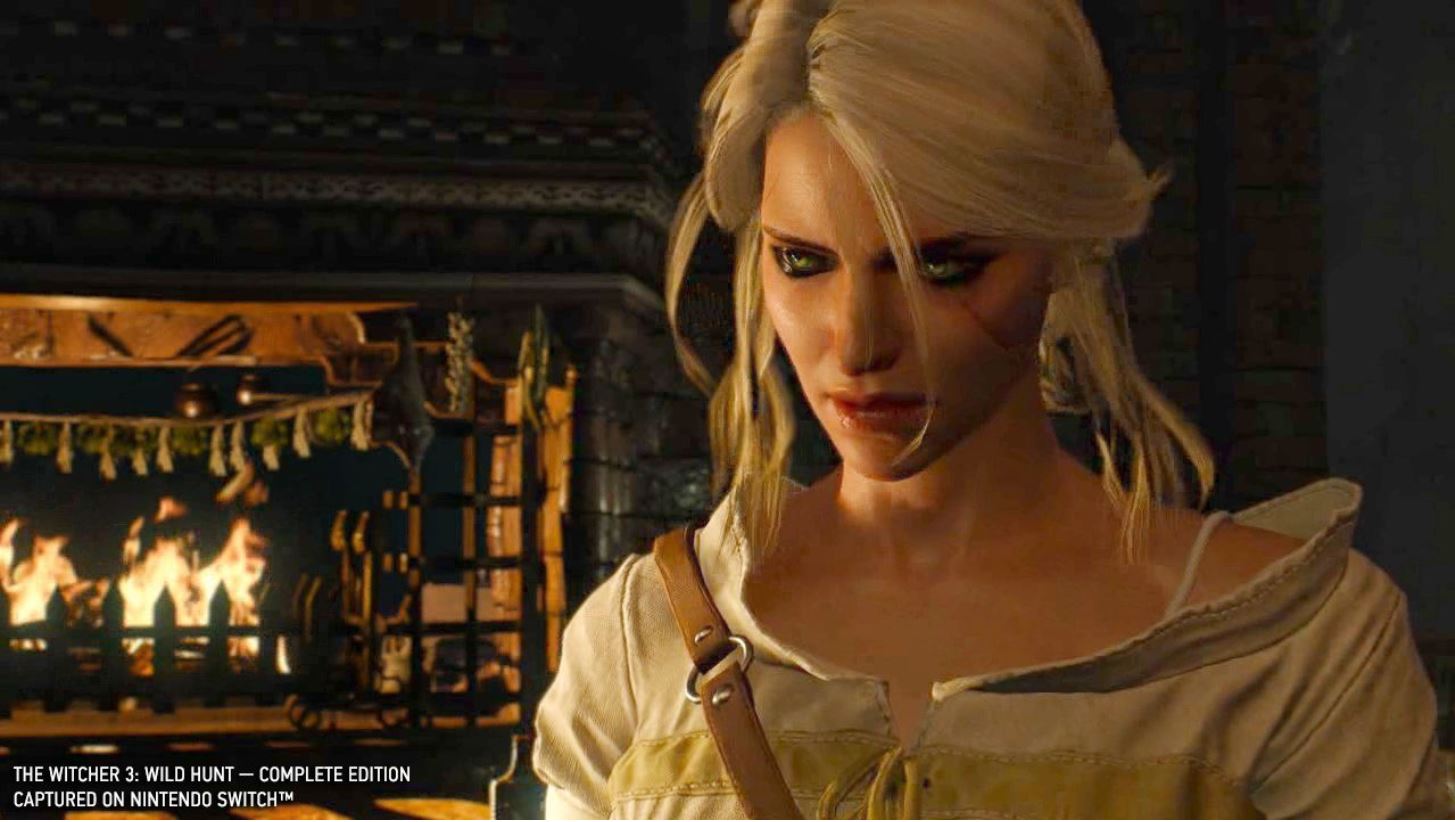 The Witcher 3 is one of the greatest games of the decade and to be blunt the Switch is the worst version of it. But let’s not confuse that statement with saying that this is a bad version, as even with the sacrifices to quality that had to be made this is a fantastic game. In 2015 The Witcher 3 brought a level of beauty that was unparalleled in Xbox One and PlayStation 4 and in 2019 on the Switch there’s no hiding there’s some graphical degradation. It doesn’t look terrible in handheld mode, if you can stomach some blur, jaggies, texture issues and 30 frames per second max, but on the small screen it still looks alright and is fun to play. As far as docked mode goes, let’s just say it’s recommended you stick to handheld. The blurring and other graphical downgrades aren’t great in handheld mode but putting it on a big screen just amplifies every visual flaw. For those who favor functionality over appearance, the gameplay suffers a little but only marginally compared to the graphical hit. In handheld the thumbsticks and button placement is a tad awkward compared to the other platforms’ controllers, which makes certain acts of battle finesse a clunky and less graceful, making Geralt appear more bumbling than gallant in a few situations. Occasionally some framerate hiccups occur but nothing to the level beyond minor annoyance.

Getting past some of the unfortunately technical issues, this is still The Witcher 3: Wild Hunt Complete Edition. It contains the base game with the Hearts of Stone and Blood and Wine expansions along with sixteen other pieces of DLC content. Players who accept the concessions to performance will still find the captivating world and enthralling story that will take well over hundred to complete. The amount of things to do in this game is mind boggling and the world is filled with interesting characters who are brought to life with masterful voice actors. The limitations of the hardware that hamper this port do not mar the overall experience that blends storytelling, exploration and visceral combat. 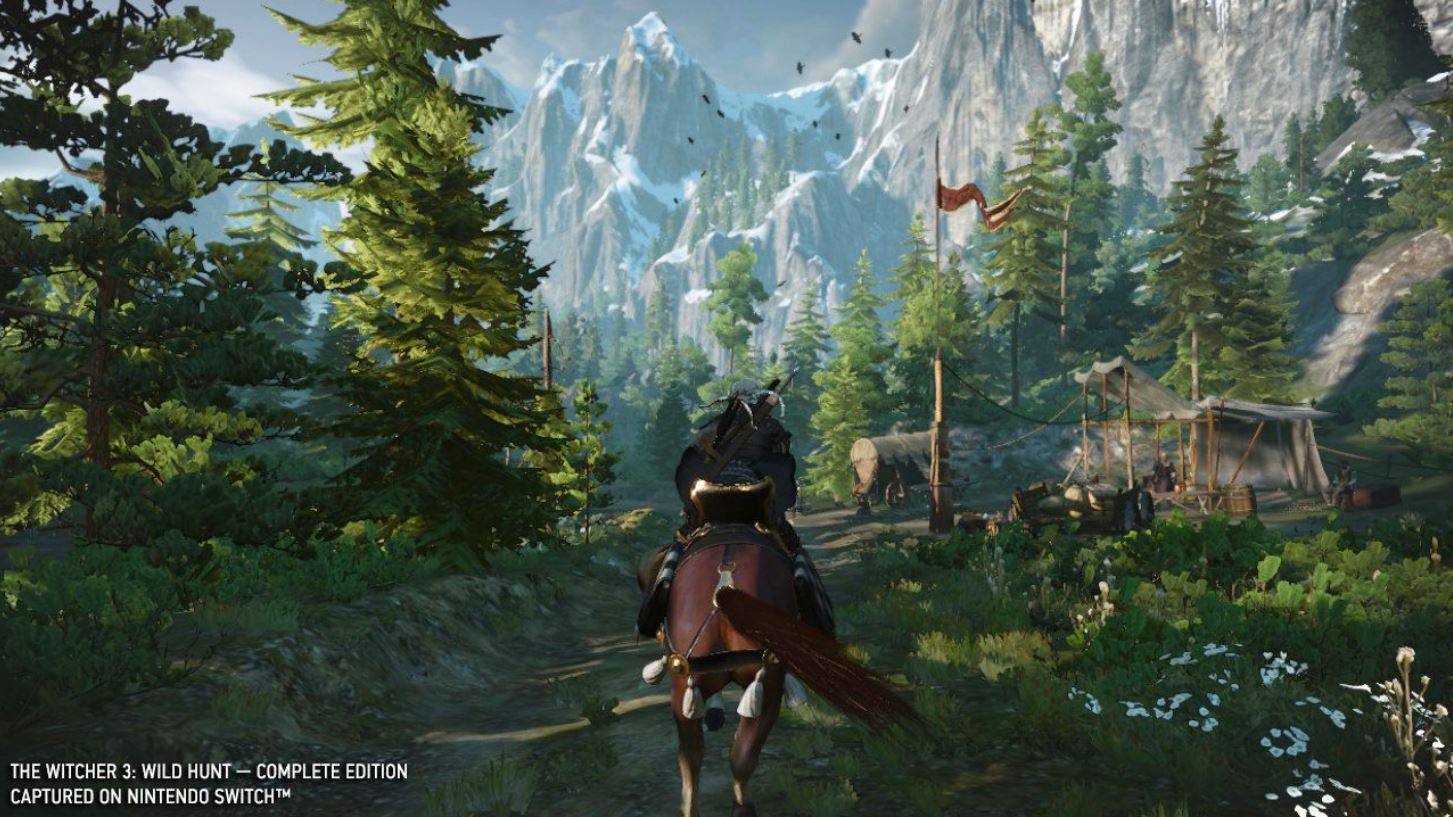 The Witcher 3 on Switch is something that should be recommended for two types of people: those who only play on Nintendo consoles and those who want to play The Witcher 3 outside of their home. This is a game that should be experienced by just about everyone but a better experience would be on one of the platforms where it was originally released. Some advantages to playing it on handheld is people who take public transportation will not need to buy another commuting Switch title for quite some time. Even with the downgrades, getting a game as massive and demanding as The Witcher 3 on the Switch is no small feat, and while this isn’t the best way to experience it, having one of the greatest games of this decade in a portable format is pretty amazing.