In its current state, Mario Party Superstars is an excellent addition to the series. It has the boards, it has the games and it has a fair amount of charm to go with them too. It’s not quite the match of the games it’s modernizing, and Nintendo’s online infrastructure can cause issues, but it’s an overall solid party game. Even so, there’s still room for improvement in the core experience, and extra game board DLC would contribute towards that. So which boards should Nintendo add first? Here are some ideas.

Rumors are already floating around that this board will be added sooner or later, and it’s easy to see why. Out of all the boards in the Mario Party series, Waluigi’s Island probably involves the most chance. It features a bomb pit that can drain its victims of their coins; a 50/50 choice path that either leads to Boo or back to the start; draw-bridges that raise or lower depending on happening spaces and an entire island that changes with every turn. In other words, Waluigi’s Island is madness, and more of that is exactly what Mario Party Superstars needs.

Spiny Desert isn’t as popular as Woody’s Woods or something like Deep Bloober Sea, but it’s still a decent map for thanks to some tricky mechanics. In Spiny Desert there are always two star spaces: one real and one being nothing more than a mirage. Players have to choose one or the other and hope that they picked correctly. Of course, picking the star is actually the easy part. Getting to them is a whole other matter.

See, there are not one but two warp spots on this map, both of which being capable of either helping or hindering one’s progress towards the star. There are also shortcuts filled with cacti. If one can get the timing right, then they’ll get through no problem. Get it wrong though and it’s off to a completely different part of the map. This is not an easy map, but that makes it ideal for players wanting more challenge in their games. 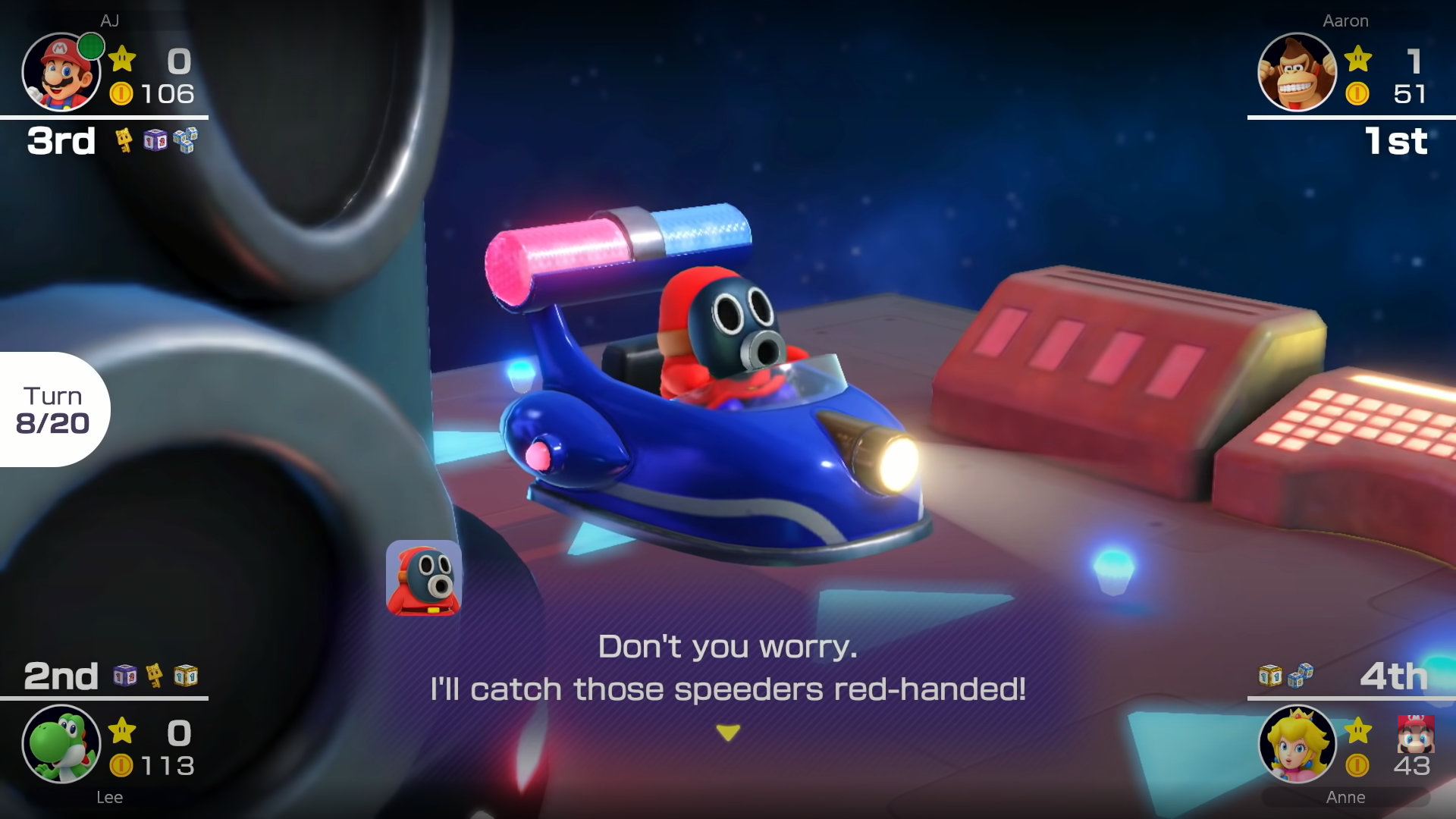 Ever since the N64 era, Mario Party boards have tended to be rather simple in construction. There are few hazards, few surprises and very few barriers between players and the all-important stars. These sorts of boards started in Mario Party 4, but the game did have at least one board that offered challenge and excitement.

This was Goomba’s Greedy Gala, and its main gimmick was deciding each player’s direction by roulette. Land on the right color or a star space and one can get closer to the star. Land on anything else and it’s going to take real luck to get back on track. There’s not as much going on here as in the other two boards, but this one wrinkle should be enough to shake things up for most players.

Past Mario Party games have always given players a large amount of sway over the rules of each session, and Mario Party Superstars does largely follow that tradition. Players have a lot more control over elements bonus stars and minigame options in this one, but there’s still more that could be done. Why not bring back the random blocks from Mario Party 1?

They spiced things up then, and they can do so now. Also, item limitations could be a popular option too. For example, the ability to turn off the Golden Pipe item would be greatly appreciated by those who want the board to be more important. Other interesting options could also include the ability to turn off Boo or adjust the star price. Seriously, why not let players make the game their own?

These are only a handful of the boards Nintendo should add in future DLC packs. The Mario Party series has over twenty years of nostalgia behind it, meaning that Nintendo has a lot to draw from in terms of fan-favorite game boards. Of course, minigames might be more important when it comes to DLC, but they still need interesting scenarios to support them. In all seriousness, Mario Party Superstars has the potential to become the best in the series; all Nintendo has to do is keep the content coming.